Tottenham have reportedly been hit by a Covid outbreak within their squad which has thrown their plans into chaos.

Up to six first-team players and two members of the backroom staff have returned positive lateral flow tests on Monday, according to Football.London.

They will now undergo PCR tests on Tuesday to confirm the results before any decisions are made over how to proceed. It is not yet confirmed which players or members of staff have tested positive for the virus.

Anyone who returns a positive test must self-isolate for 10 days according to government guidelines, which would see those affected miss their home game at Rennes, their trip to Brighton and next Thursday’s Premier League game with Leicester.

Should the PCR tests also come back positive, Spurs may consider reaching out to the Premier League to have this Sunday’s trip to Brighton postponed, according to The Telegraph.

Postponing the Brighton game would be far from ideal, given how Spurs already have a game in hand after their trip to face Burnley was called off hours before kick-off due to heavy snow last month.

The outbreak comes at a horrid time for Spurs, who have a must-win Europa Conference League game against Rennes on Thursday night before their trip to the Amex Stadium at the weekend.

While Spurs are reportedly considering a request to postpone their trip to Brighton, their home game against Rennes will most likely go ahead given how UEFA rules stipulate that ties are only placed into jeopardy ‘if less than 13 players registered on the A list or no registered goalkeeper are available.’ 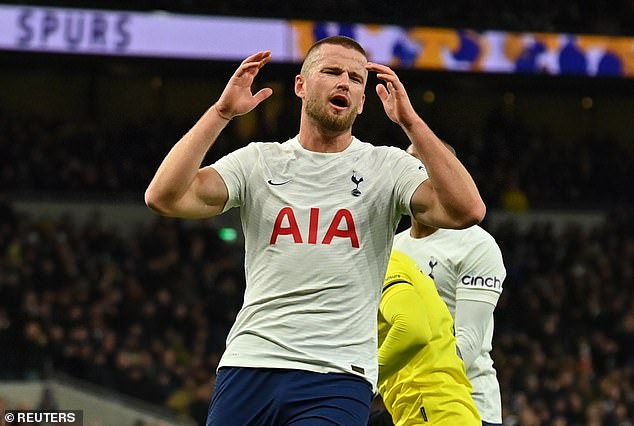 As things stand, Spurs would have more than enough players for the game against Rennes but the full extent of the outbreak is yet to be discovered.

This is not the first bit of trouble the London club have had with the virus this season, having recorded two false positives earlier in the campaign.

Plenty of Premier League games had to be postponed last season due to outbreaks within squads but it appears Spurs could be the first top-flight club this season to have been affected by the virus.

Tottenham have found form in recent weeks, winning all of their last three Premier League matches.

They cruised to victory over Norwich on Sunday thanks to strikes from Lucas Moura, Davidson Sanchez and Son Heung-min.