Kane has missed Spurs’ last two matches due to a hamstring injury but trained on Tuesday with the first team.

This is Madrid’s first visit to Wembley but they held a training session at the stadium on Tuesday to familiarise themselves with the surroundings. 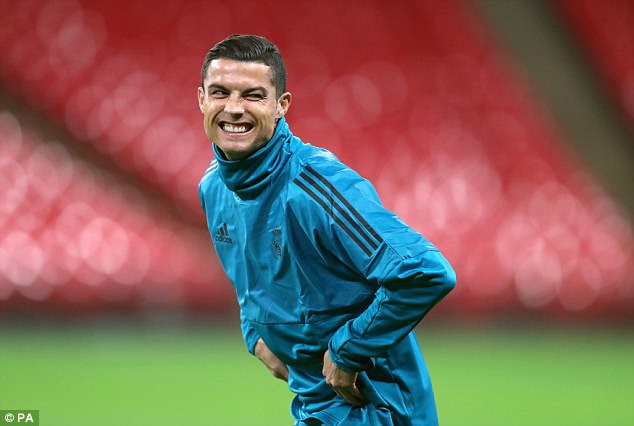 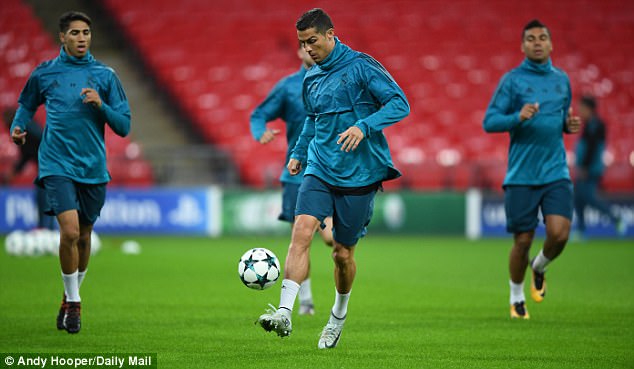 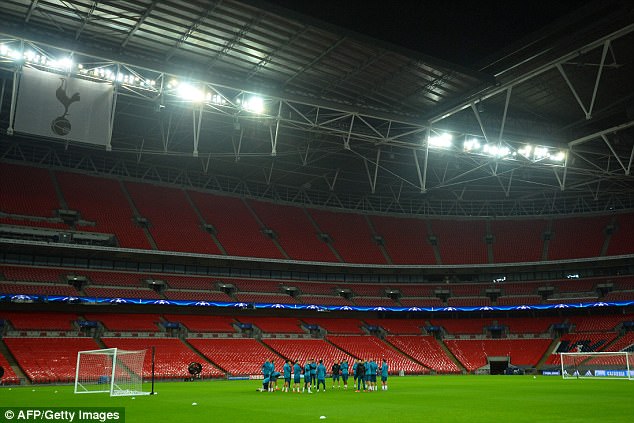 The Brazilian trained alongside his team-mates Cristiano Ronaldo and Luka Modric before addressing the media. He was quick to be asked about how worried Real Madrid were about the possible return of Tottenham’s star striker.

‘Harry Kane is a very important player but Tottenham are more than just one player,’ Marcelo said. 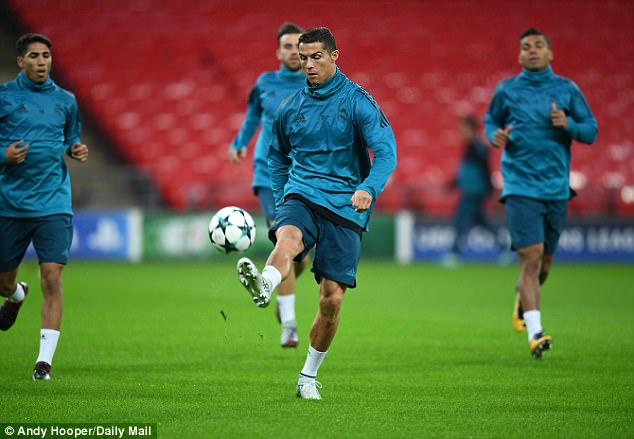 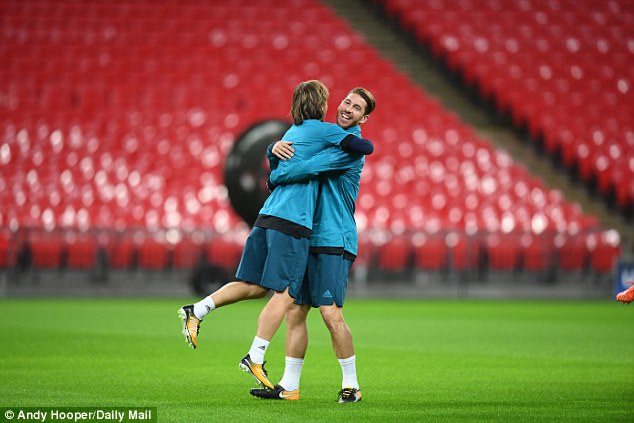 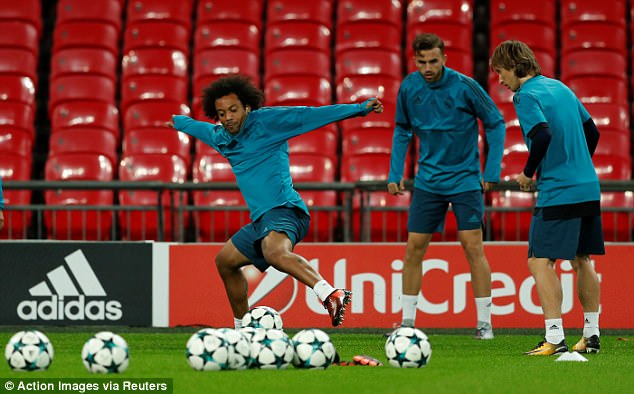 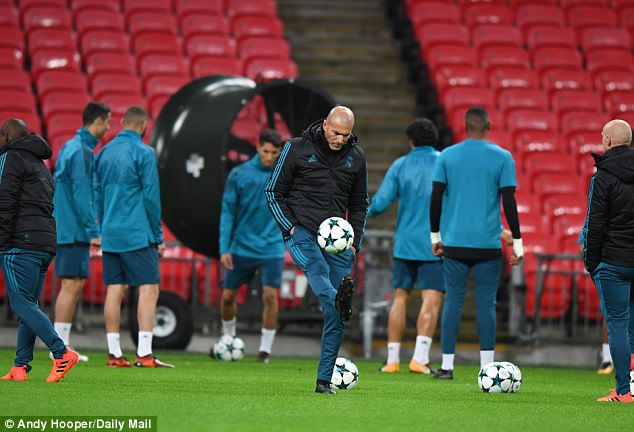 ‘It is important for us not to think just about Harry Kane, whether it is harder with him there or not as hard if he isn’t.

‘We have to consider the group and take on the team as a whole.’

Zinedine Zidane added on Wembley: ‘It’s a great stage for us to play on against really great opposition. This is something we like and a great arena in football.

‘The players are very prepared for this match. It is not without its complications in the build-up but we are prepared to go out and do our job.’ 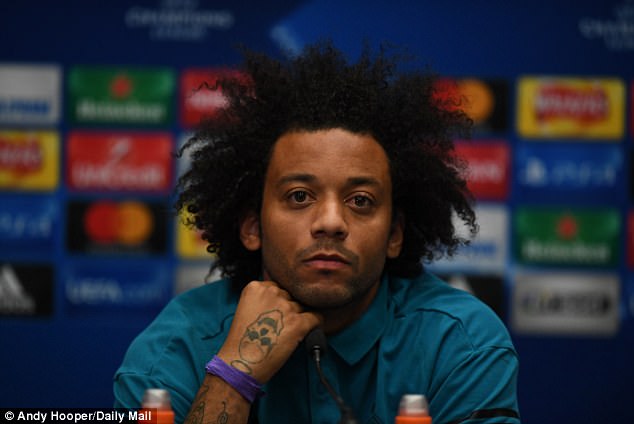 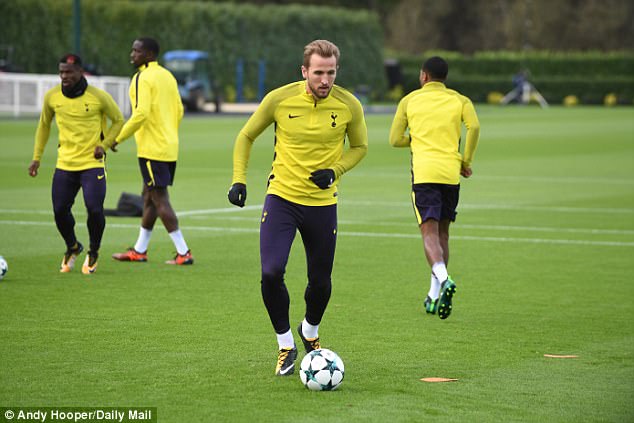