A touch footy referee suffered seizures and a brain bleed after allegedly being coward punched from behind while officiating a social game in Brisbane.

Jason Fernie was refereeing a social game of touch footy on Monday night at Brothers St Brendan’s in the Brisbane suburb of Rocklea when he was allegedly punched in the head from behind by a member of a team called ‘The Grubbies’.

He was knocked unconscious, suffered a seizure and was foaming at the mouth on the field before being treated by paramedics. The 49-year-old also suffered a brain bleed.

Fernie said it has been a hard few days since the attack and he feels lucky to be alive.

‘I don’t remember much of the second half, if any at all – obviously I got hit and woke up in hospital,’ he told 9News.

‘I was discussing something with one of the players, and this guy has just come from behind and got me.

‘The doctor said one punch kills, so I’m lucky I’m alive, really. The pain on the head is just throb, throb, throb all the time.’ 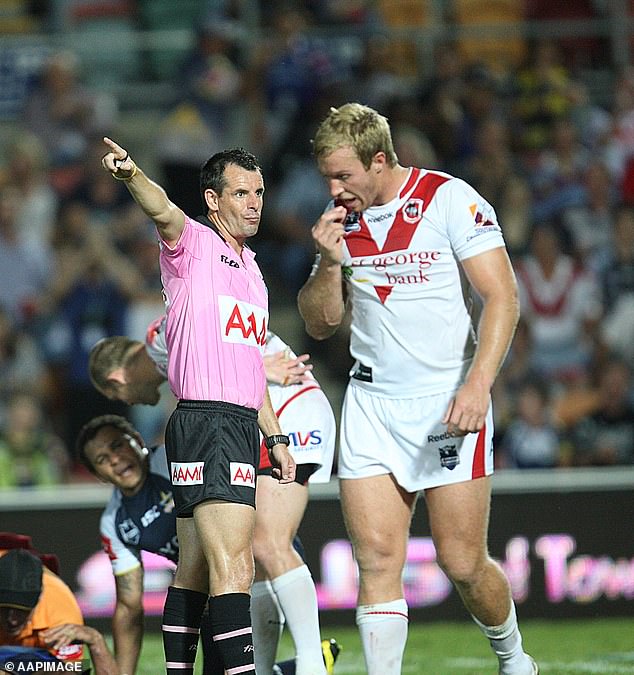 Ex-NRL referee Gavin Badger, who officiated over 300 games at the top level, condemned the cowardly act.

‘What is wrong with people?? Referees of any sport are lovers of that game and just want to stay involved and give back,’ he wrote on Twitter.

‘Social sports are meant to be fun for all, please think about that next time you are about to have a shot at someone giving up their time for you to play.’

Badger now works for the NSWRL, and is a consultant at the West Tigers. 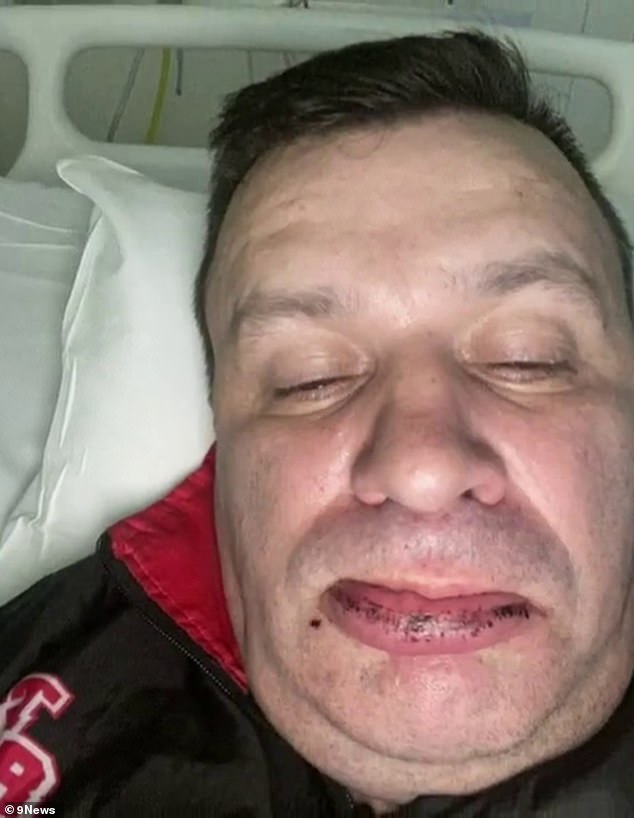 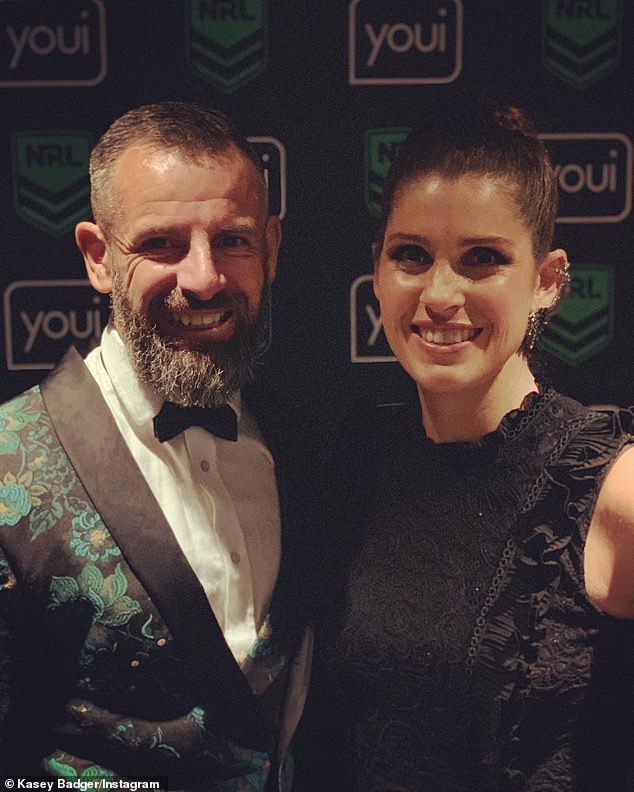 Fernie said it was ‘touch and go’ whether he’d return to the refereeing ranks, and implored people to treat referees fairly, saying, ‘no ref, no game’.

‘Yes, we get it wrong now and then, but to punch a ref is just uncalled for … respect the ref,’ he said. 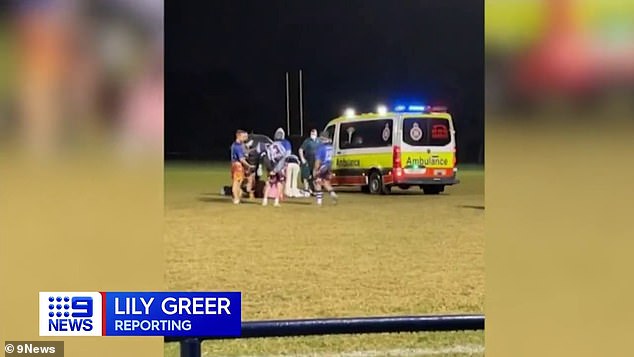 Footy fans flocked to social media to condemn the alleged attack, with many indicating they had seen similar incidents.

‘Was threatened by a parent … recently … he was determined to knock me out. It was a grade 9 match for a Brisbane Broncos challenge. I gave up time with my family so the boys could play, makes me want to quit,’ one user wrote.

‘I ref social touch at Queens Park and some of the abuse I have copped over the years is a joke,’ another wrote.

Another commenter said ‘incidents like this … drive people away from refereeing all sports.’

Was threatened by a parent from Mabel Park SHS recently. Lucky for me I outpaced him & others got involved but he waz determined to knock me out. It was a grade 9 match for @brisbanebroncos challenge. I gave up time with my family so the boys could play, makes me want to quit

This makes my blood boil! It’s just so gross. We don’t have games without people putting their hand up to officiate. This was assault and I hope it is treated as such. https://t.co/aSxV5C5ytk

This is awful to hear and the player should be banned for life.

I refereed Rugby League & Oztag for 12 years but I’ve given it up. Social players were telling me I didn’t know how to ref, despite refereeing both codes at International level and I just fell out of love with it.

Think of the stress this puts on the administrators of Oztag. They don’t need this shiz. Neither do any ref’s at any level. I hope the perp’ goes to jail to think about his/her actions.

Sorry for this idiots behaviour. Ref’s are lovers of the sport they are reffing too. Without them sports stops.

Organisers of the competition are working with police to investigate the incident, with the player involved allegedly coming from a team that call themselves ‘The Grubbies’.

No one has been arrested for the incident, but police are imploring witnesses who were present at the game to come forward.