A fight over a New York City parking spot came to a bloody conclusion when a tour bus driver stabbed a rival driver, before fleeing the scene.

The stabbing occurred Sunday at about 3pm in Lower Manhattan and appeared to have kicked off because the two city tour bus drivers were targeting the same bus parking spot, the New York Daily News reported.

The incident began with the two men exiting their empty tour buses to argue over the parking spot. 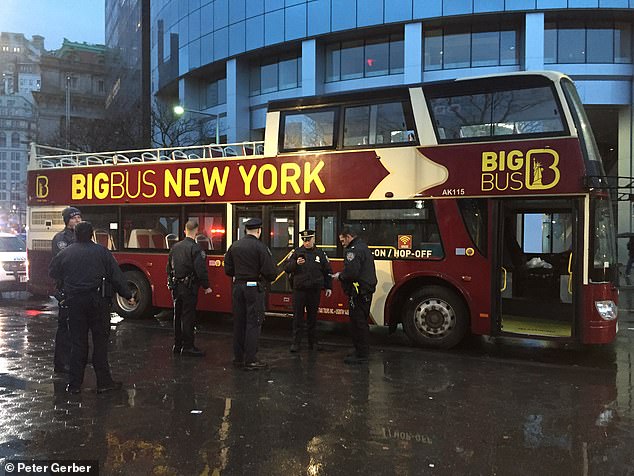 A bus driver for the Big Bus Company got into a fight with an unknown bus company’s driver, during which the second driver stabbed the Big Bus driver in the arm

As the fight progressed, one of the men allegedly pulled out a sharp object and used it to stab the other man in the right arm.

The attacker then boarded his own bus and drove away, leaving the other man at the scene.

Police were notified about what is being called a serious assault at about 3.50pm, according to WPIX.

The victim has not been named, but is said to be a 39-year-old man employed by the Big Bus Tours. He was taken to the hospital for treatment and is in stable condition.

Authorities said the stabbing suspect was wearing a black hooded sweatshirt and black jacket and is thought to be in his 40s. They have not yet identified the suspect or what tour bus company he works for.

Anyone with information about the incident is asked to call Crime Stoppers at 1-800-577-TIPS (8477) or visit nypdcrimestoppers.com. 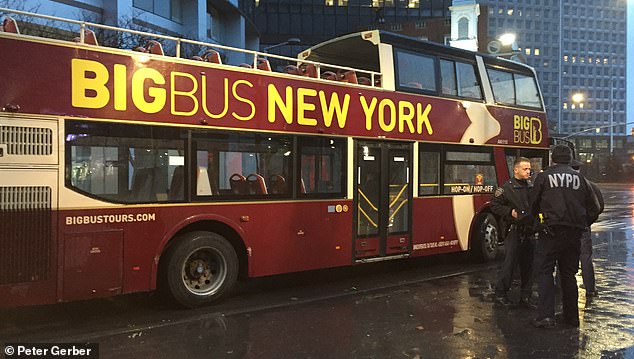 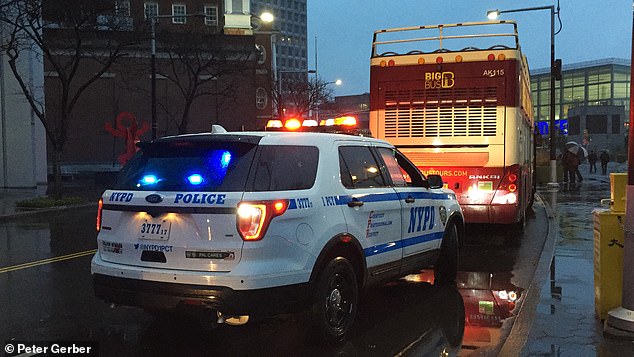 Police have not yet identified the suspect, who is said to be in his 40s and wearing black hooded sweatshirt and jacket