Jonas Vingegaard didn’t just all but win the Tour de France with a great ride on stage 18 of the famous race on Friday – he also won over cycling fans everywhere with a heartwarming display of sportsmanship.

The current Yellow Jersey holder finished with an overall race lead of three minutes and 26 seconds ahead of two-time Tour title holder Tadej Pogacar – but the margin could have been far bigger if it weren’t for an amazing moment during a steep descent near the end of the stage.

The pair were pushing each other to the limit as they rode down the Col de Spandelles when Pogacar – who was desperately trying to bridge the gap to the Dane – went into a corner too fast, ran wide and crashed as he lost traction in the gravel. 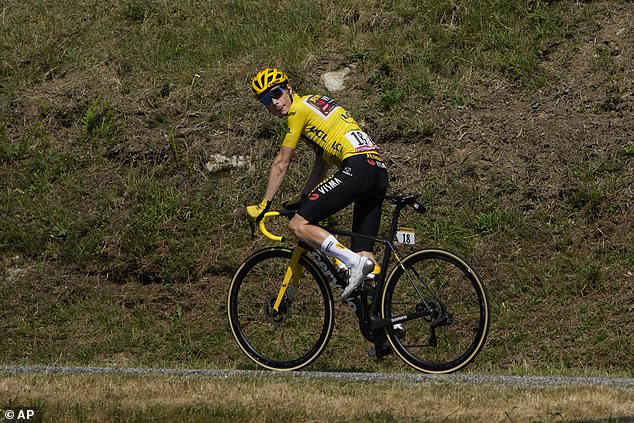 But instead of extending his winning margin, the Dane slowed down and waited for his biggest rival to recover and catch up

The leader appeared to have made a crucial error himself just before the drama unfolded, as he swerved out of a corner and only remained upright by veering across the road with his left shoe unclipped from the pedal as he struggled to avoid going down.

‘Vingegaard is ahead, Pogacar down. It’s him pushing it on too hard who loses control. Pogacar trying to push the envelope, it’s been ripped up in front of him,’ Eurosport commentator Rob Hatch said.

‘Wow, what a moment. That is incredible!’ he continued as the pair shook hands. 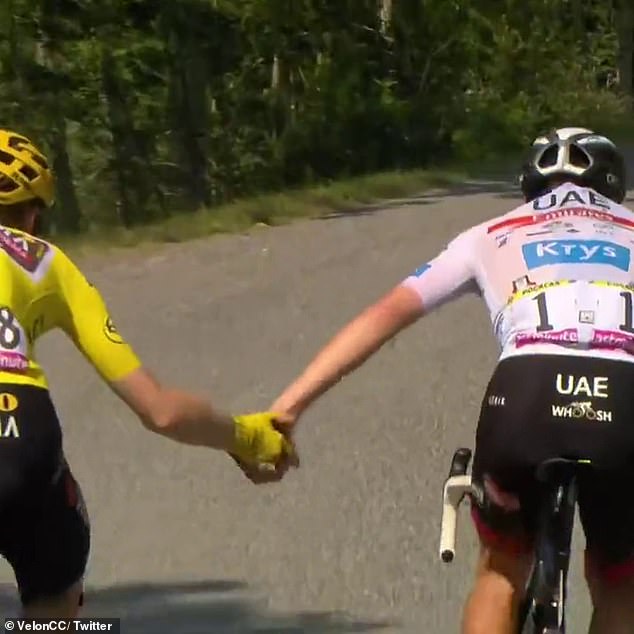 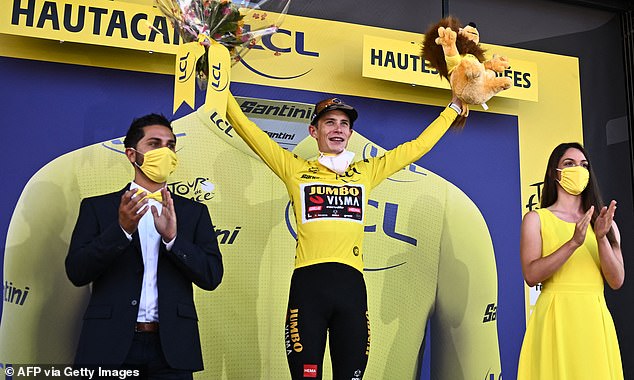 ‘The race leader, being challenged by the man who’s trying to push it, waits and allows Pogacar back and then shakes his hand.’

‘Brilliant sporting move from Vingegaard,’ he said in commentary.

‘A great sporting gesture that has not gone unnoticed by Tadej Pogacar. The yellow jersey under attack on a downhill, but when the man making the attacks makes a mistake, the jersey waits for him.’

‘Have not seen sportsmanship at this level for many years! Chapeau (hats off) to Jonas Vingegaard. Outstanding!’ wrote Chris Gibbons.’

‘That’s not how I want to win’ Vingegaard thought and waited for Pogacar. He knew he could break Pogacar on Hautacam and he won the stage like the absolute Chad he is,’ tweeted Alex Ostergaard.