A horrified mother-of-three has shared photos of giant footprints in the snow on Australia’s highest mountain that she claims were left by a yowie.

Amber Taylor said she was staying in a cabin on Mt Kosciuszko in southern NSW, on Monday when she stepped outside and found the eerie footprints.

Ms Taylor was on a snow holiday with her three young children when she found the monstrous markings in the icy snow and got a quick picture before dashing back inside.

Amber Taylor was on holiday with her three children in a cabin on Mt Kosciusko, in southern NSW, when she stepped outside and found large ‘yowie footprints’ in the snow (pictured) 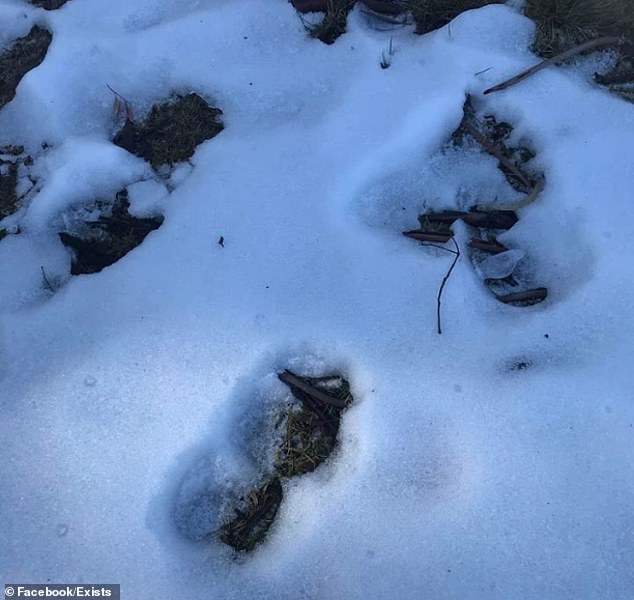 ‘First I saw the print with perfect toes, you can see the size next to my size nine boot,’ she said.

‘I thought it was funny at first until I realise there was an actual trail leading off into the trees and bush. I quickly retreated away back to my cabin.’

The footprints supposedly belong to a ‘yowie’, described as being similar in appearance to the mythical Big Foot in the U.S.

Ms Taylor said she previously thought the stories about yowies were ‘a joke’ until she came across the footprints herself.

She shared the images in the Facebook group ‘Exists’ whose founder told Daily Mail Australia he had seen yowies all over Queensland.

Yowie expert David Taylor has been collecting evidence on the mythical creatures for the past 12 years in locations across Queensland (pictured, two ‘yowies’ he spotted while hiking 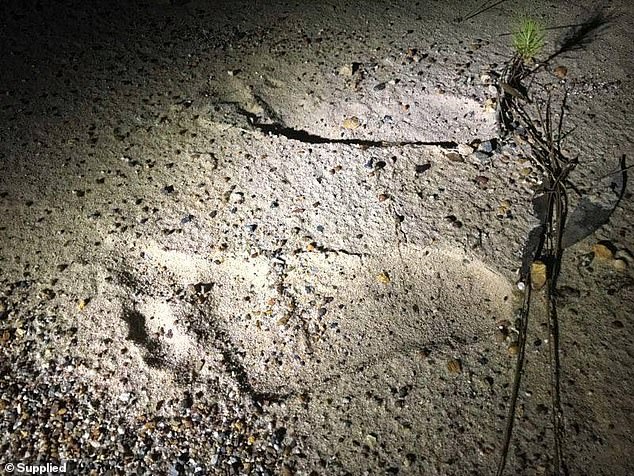 Mr Taylor has also stumbled across several large footprints he believes belongs a yowie (pictured, a footprint found in bushland)

After claiming to discover a mythical yowie for the first time in 2008, he has been on the hunt to collect evidence to prove their existence and provided several photos as proof.

He has also stumbled across several large footprints he believes belongs to a yowie.