An outraged tourist decided to check out of his ‘dreadful’ Tui hotel just two hours into his stay, disgusted at finding exposed wiring and cracked tiling in his ‘filthy’ bedroom.

However, he claims that when he complained to a Tui rep, they admitted the hotel had been wrongly graded and Mr Parker was forced to shell out an extra £1,200 for alternative accommodation. 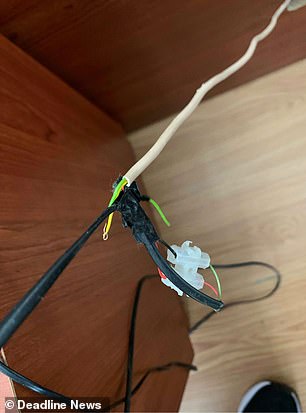 Holidaymaker Lee Parker, who found exposed wiring in his room at the Catalonia Punta Del Rey in Tenerife 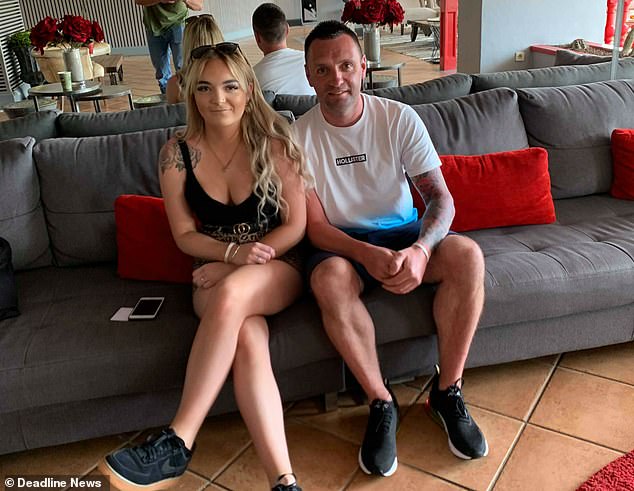 Mr Parker paid £1,200 for the holiday for him and his teenage daughter Sophie, pictured, but only stayed at the hotel for two hours

This was on top of the £1,200 he had already paid for the holiday for him and his teenage daughter, Sophie.

Mr Parker is still currently on the holiday but says he will chase Tui for compensation when he returns home.

The 39-year-old explained that when he booked the getaway, he requested a four-star hotel with a nice beach and good nightlife.

But he complained on Facebook: ‘We got to our room and this is when the real horror became apparent, no way on Earth were we in a four star hotel, not even a three star!

‘The room had dangerous exposed wiring, the toilet didn’t flush, broken door jams leaving razor sharp metal, the food was disgusting and room completely filthy. Not what we asked for or expected for a four-star hotel!’ 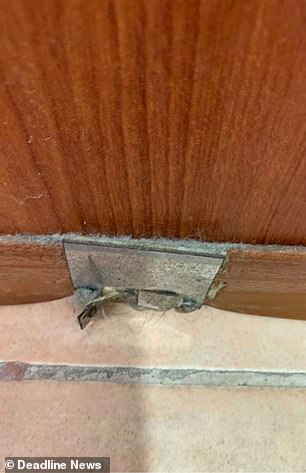 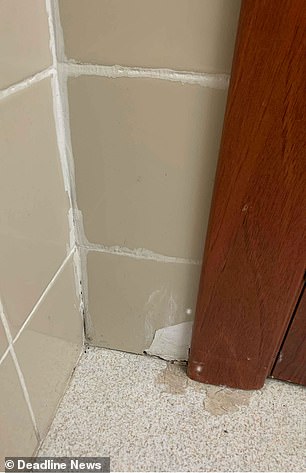 A broken door jam that Mr Parker discovered in his room, left. He complained that the room was also ‘filthy’ 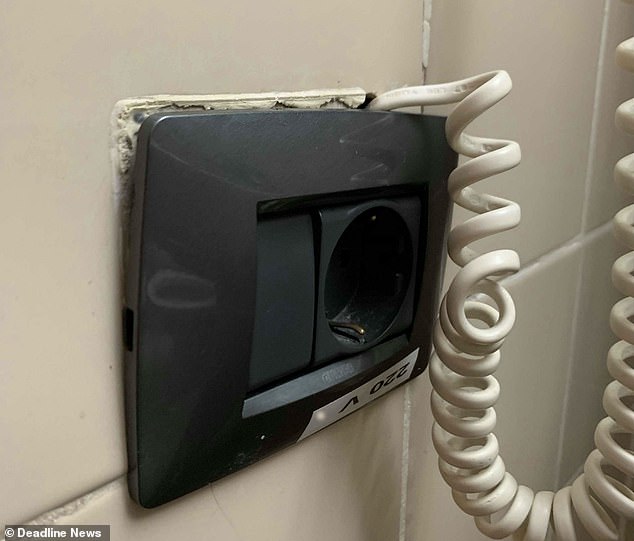 Another picture taken by Mr Parker. He said: ‘We got to our room and this is when the real horror became apparent. No way on Earth were we in a four star hotel, not even a three star!’ 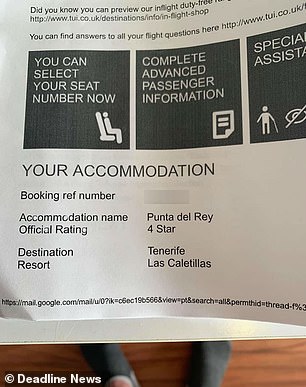 Mr Parker’s booking conformation, which shows that the hotel was given an official ‘four-star’ rating

In pictures taken by Mr Parker, exposed wiring can be seen above a bathroom mirror, creating a clear hazard if in contact with moisture.

Another picture highlights the extent of the poor drainage system – it shows faeces floating in the toilet.

And despite requesting good night life, the hotel he was given was located in an area which he was told translated to ‘Sleepy Town’.

Mr Parker added: ‘We arrived at about 3pm on Thursday and by 5pm I was downstairs demanding we move.

‘The food was inedible, the toilet wouldn’t flush and the wiring was dangerous.

‘Somebody will be electrocuted there before long with wiring like that.

‘The rep admitted the four-star rating on the booking confirmation was wrong and I had been mis-sold the holiday.’

Mr Parker was told he could only move to a two or three-star hotel for the money he had already paid.

Instead, he bypassed Tui and booked a four star hotel but could not move with his daughter, Sophie, 17, until the next day.

He also had to fork out 70 euros for a taxi to get there.

The single father, who has raised Sophie on his own for five years, says getting an immediate transfer had to happen after gauging his daughter’s reaction. 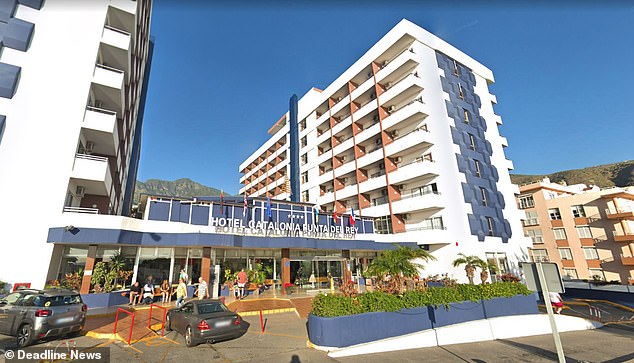 Mr Parker is still currently on the holiday but says he will chase Tui for compensation when he returns home. Pictured is the Catalonia Punta Del Rey hotel in Tenerife

He added: ‘Sophie didn’t say anything. I had promised her it would be lovely but her face just dropped when we got there.

‘She was devastated. I had no choice – we had to move. I have never in my life seen such a horrendous hotel.’

Tui told MailOnline Travel: ‘We are so sorry to hear of Mr Parker’s experience in Tenerife, and we would like to thank him for bringing these issues to our attention. We are currently investigating this and will be in direct contact with the customer.’

The Catalonia Punta Del Rey hotel has been approached for additional comment.