Tourists have been spotted taking photographs of their children outside of Jeffrey Epstein’s Manhattan home less than a week after he died.

Epstein, a convicted pedophile, allegedly hanged himself in his jail cell in New York City on Saturday, August 10, while awaiting trial for sex trafficking charges.

The $77million townhouse on East 71st Street, nestled between Fifth and Madison Avenues, is where Epstein is alleged to have sexually abused underage girls.

The photos were taken on Thursday, the same day two more women who said they were sexually abused by Epstein filed a $100 million lawsuit against the late financier’s estate. 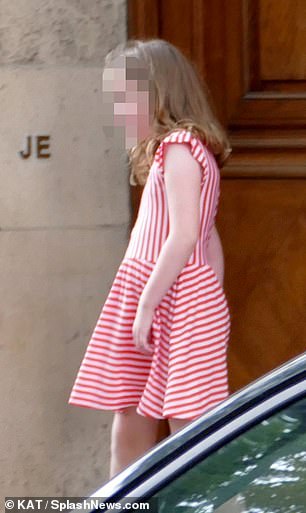 Several tourists were spotted outside of Jeffrey Epstein’s home on East 71st Street in New York City. One tourist snapped photos of a young girl dressed in a red-and-white striped dress on Thursday (left and right) 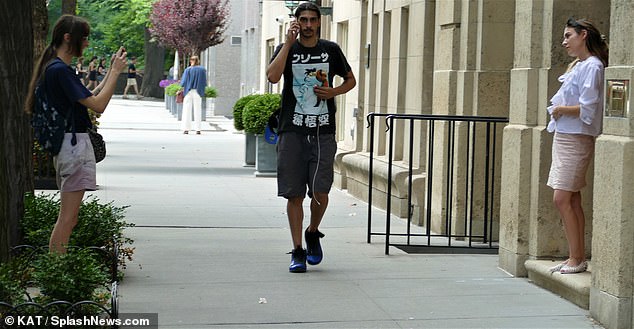 In another series of photographs, a woman in a white top and pink skirt smiles as her friend snaps a picture (above)

In one series of photographs taken on August 15, a young blonde girl in a red-and-white striped dress smiles for the camera outside the front door.

In another, a woman in a white top and pink skirt smiles as her friend snaps a picture.

Tourists even took selfies next to gold embossed letters letters ‘JE’ that are plastered on the entryway outside his home.

An FBI raid of the home last month reportedly uncovered a treasure trove of child pornography as well as other incriminating evidence against the reclusive financier.

The raid took place on the same night that Epstein was arrested at Teterboro Airport in New Jersey after he arrived back in the US on his private jet.

The horrific crimes allegedly committed inside the home by its owner apparently has not deterred people from being photographed next to it.

One man was photographed eating a pizza just a few steps from the 15 feet high oak doors on Saturday.

Another man, Barney Blank, was visiting New York with his wife on Monday 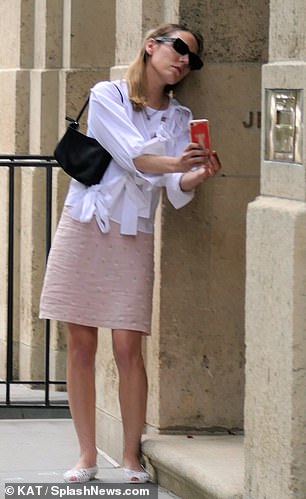 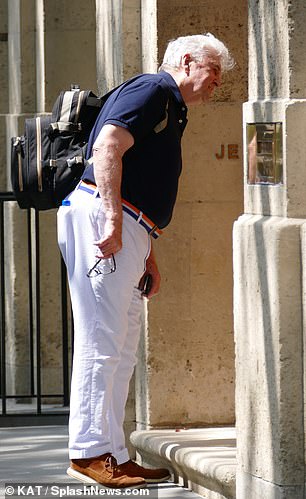 People even took selfies next to the gold embossed letters ‘JE’ in the entryway (left). The $77million townhouse is where Epstein allegedly abused underage girls 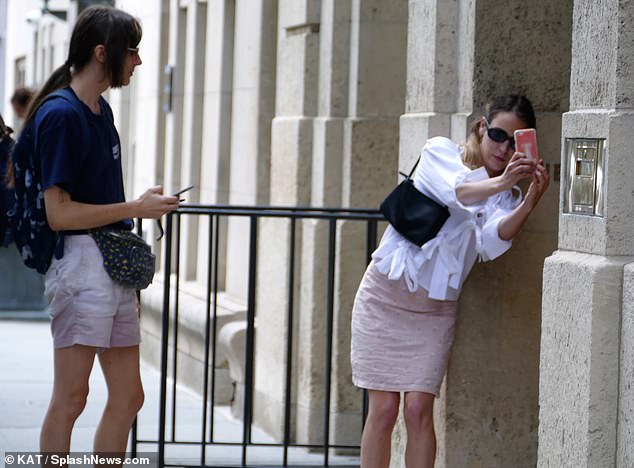 The FBI raided the home last month on the same night Epstein was arrested and allegedly found child pornography. Pictured: A woman takes a selfie outside Epstein’s home

Having traveled from their hometown of Cincinnati, Ohio, they decided to stop for a photograph in front of Epstein’s home.

Blank’s wife took a photo of her husband as he waved while standing in front of the house.

FBI agents were seen raiding Epstein’s private US Virgin Island, which has been dubbed ‘Pedophile Island’, as the sex trafficking probe around the now deceased billionaire intensifies.

And last night, a lawsuit was filed in US District Court in Manhattan against Epstein’s estate over his conduct.

Attorneys who represented Epstein did not immediately respond on Friday to the Associated Press’s requests for comment.

Prior to his death, Epstein had pleaded not guilty in July to charges of sex trafficking involving dozens of underage girls from 2002 and 2005.

Prosecutors said he recruited and paid girls to give him massages, which became sexual in nature. 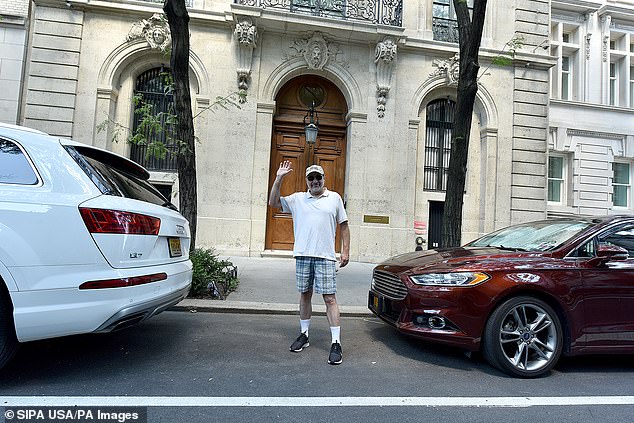 Barney Blank, visiting from Cincinnati, Ohio, waves as his wife take a photo of him in front of Epstein’s townhouse on Monday 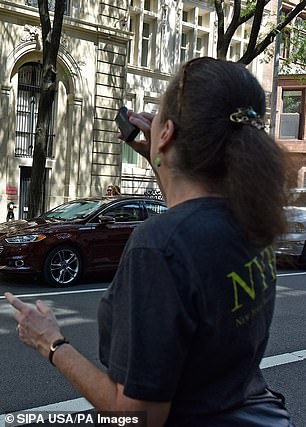 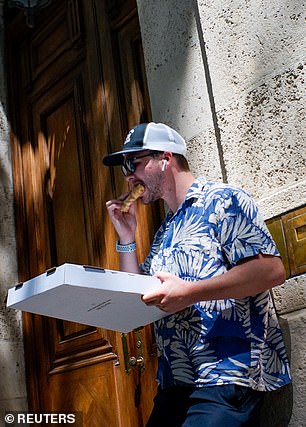 The couple were just two of several tourists who snapped photos outside the home (left). One man decided to chow down on pizza in front of the house on Saturday (right) 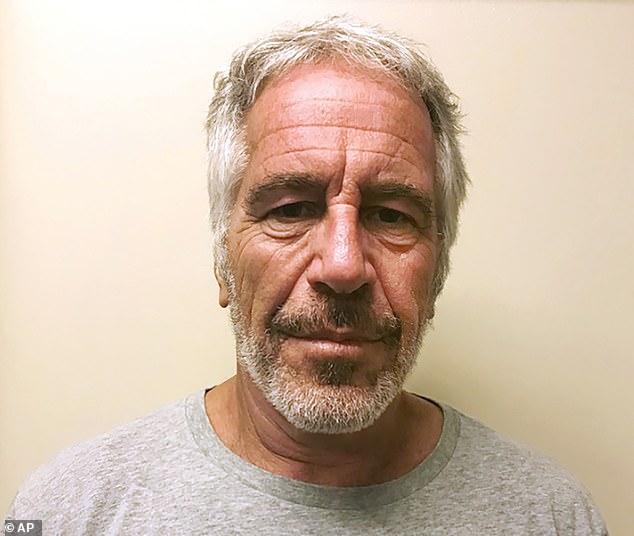 They said they were aspiring models working in June 2004 as hostesses at a restaurant just off Manhattan’s Union Square when an unnamed female ‘recruiter’ offered them hundreds of dollars each to massage Epstein at his Upper East Side mansion.

Both said Epstein’s conduct became aggressive during the subsequent massages, including that he forcefully touched them and masturbated.

The plaintiffs said they were unaware they were victims of Epstein’s alleged sex-trafficking scheme until last month when he was arrested. Their alleged recruiter is identified as Sue Roe in the complaint.

On Wednesday, Jennifer Araoz, 32, sued Epstein’s estate in a New York state court in Manhattan, saying Epstein sexually abused her when she was 14.