Tourists’ toilet habits could be ruining the environment

While many prospective holidaymakers actively seek a change in cuisine or climate when choosing their destination, standardised sanitation usually remains a must.

You might think that the preference for a porcelain toilet is harmless, but in reality it can put a serious strain on both the local population and the environment.

Here Brendan Canavan, a senior lecturer in marketing at the University of Huddersfield writing for the Conversation, argues that many of the most pervasive problems associated with tourism can be seen through the toilet bowl.

Research suggests that in some locations up to 40 per cent of water is consumed by tourists.

Tourists tend to splash out far more per day on average than local residents, who are often out-competed by industry for water access.

Environmentally, the sheer volume of incoming tourists can come at a high price. Local sewage facilities often struggle to cope with the influx of human waste.

Many small islands with limited infrastructure, such as Barbados, have no choice but to pump raw sewage straight into the sea, putting vast swathes of the Caribbean’s coral reefs at risk.

In Bali, fast-growing tourism demand is linked to rapid depletion of the island’s water resources.

These economic and environmental harms often stem from a misplaced sense of cultural superiority that accompanies us to the bathroom. The internet is awash with travellers’ toilet horror stories, written with apparently little social sensitivity or willingness to compromise.

Those fortunate enough to be able to travel might want to remind themselves of UN estimates for 2017, which suggest that 61 per cent of the global population – roughly 4.5 billion people – lack access to a toilet or latrine that disposes of waste safely. 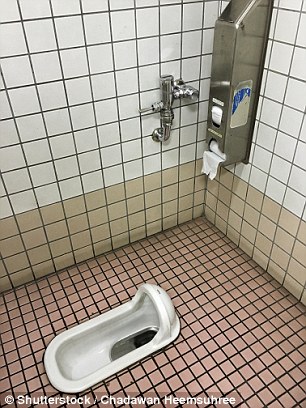 A traditional Japanese-style toilet, which many tourists often try to avoid using

Westerners tend to judge other cultures harshly, when really they should be judging global inequality, poverty and politics.

Perhaps some judgement should be reserved for people in rich countries themselves, where bathroom norms aren’t exactly perfect. For example, squatting rather than sitting is better for the colon.

Rather than a sight to be avoided, a glance at one’s waste before flushing can in fact be a quick and easy health check. Embarrassment about bodily functions is inhibiting when holidays are meant to be liberating.

Different sanitation solutions suit different situations. The World Bank and the WWF have both worked to celebrate toilet innovations across the world that challenge preconceptions and improve sustainability.

For instance, urine-diverting privies in Bolivia are an integral link in a chain that converts waste into fertiliser for growing crops. Cranfield University is developing the Nano Membrane Toilet, which converts waste into clean water and energy, without the need for external power or water.

Melbourne Zoo and other attractions have implemented water conservation and recycling measures in restrooms, including waterless urinals. The increasing use of such practices by authorities and businesses will only help to challenge harmful expectations when people travel further afield.

There are also simple changes that tourists can make when going to the bathroom that will have a positive impact on the environment and local communities, and possibly even lead to more interesting holiday experiences. The threat of extreme drought has forced Cape Town luxury hotels to ask guests to limit the length of showers, turn off the tap while brushing their teeth, and let it mellow if its yellow, but actions like these could benefit locals in tourist destinations across the developing world.

Support small businesses. Their toilets may not always be gleaming, but the experience might be more memorable. While luxury tourism in developing countries rarely benefits those in need, going local is one way to contribute.

Lastly, nurture your sense of adventure. If you want to live like a local, you should defecate like one. Pack your hand sanitiser and spare toilet roll, and immerse yourself in local culture.

Get ready to try out new facilities, not just whatever commode is à la mode. There are toilet attractions dotted all over the globe that are well worth a visit. For example, why not try the Haewoojae Museum in South Korea, solely dedicated to celebrating the lavatory.

We shouldn’t expect all toilets to look the same. Tourism is about challenging expectations, exploring alternatives and expanding horizons. For the sake of the environment and the vulnerable, it is high time that we became more open-minded and adventurous with our toilette when travelling.

After all, when in Rome, wipe as the Romans wiped (using a wet sponge on a stick, apparently).