Touts are offering England v Germany tickets for up to £10,000 online

Touts are offering tickets to England’s first Euro 2020 knockout match with Germany at Wembley for up to £10,000 online, it has been claimed.

Gareth Southgate’s side discovered their fate last night as Group F drew to its conclusion and it emerged they’ll be playing their old rivals in the last 16 of the tournament next Tuesday.

Around 45,000 fans – roughly half of the stadium’s capacity – will be allowed into the stadium for the hugely-anticipated clash, and a small number of extra tickets were officially made available via UEFA last night.

However, hundreds more have been advertised at inflated prices on secondary sites, despite governing body regulations banning resale above face value.

Websites viewed by MailOnline are flogging tickets as high as £3,000, though it was reported in the Times that some were going for as much as £10,000, with campaigners urging supporters to ‘avoid them like the plague’.

The sites selling pricey seats seen by MailOnline include LiveFootballTickets, which is offering tickets from £693.50 to £3,000 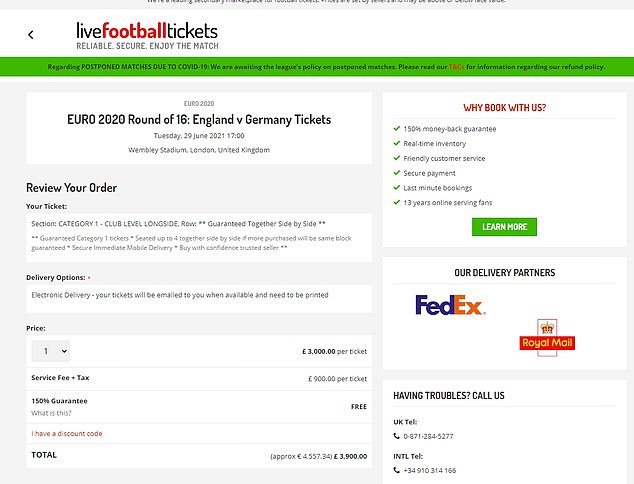 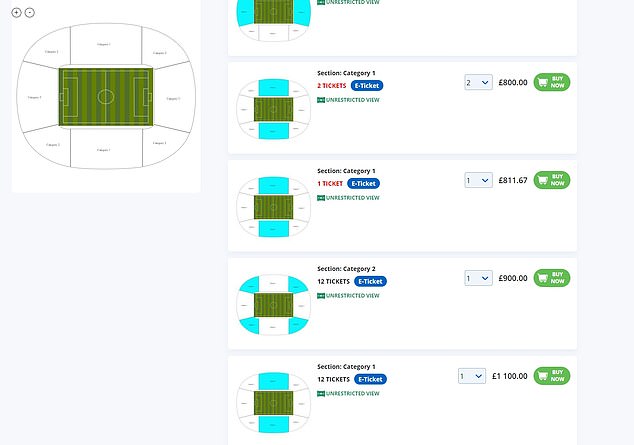 Another site, Seatsnet, has tickets for the much-anticipated match going for as much as £1,100 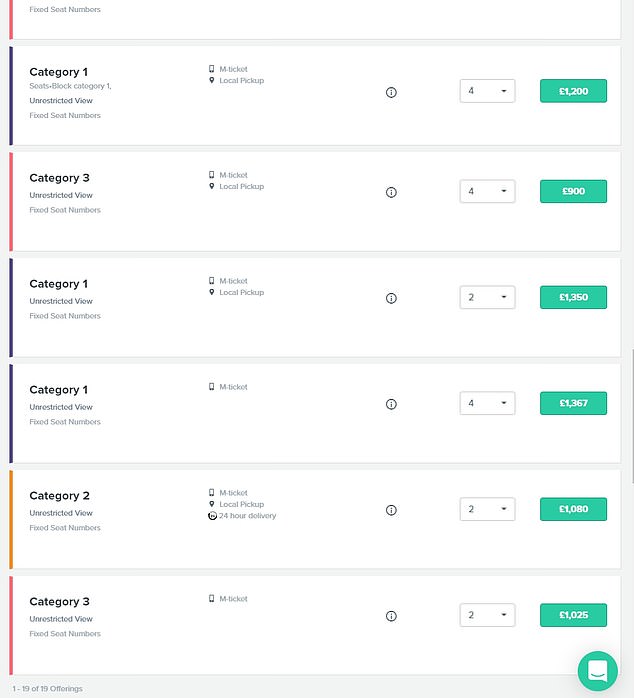 Official tickets were initially allocated in a ballot, with those who were successful but unable to attend the game urged to sell their seats at the price they paid and to registered friends via the UEFA app.

But the newspaper claims some supporters are instead making a huge profit by advertising their tickets on secondary sites, accepting inflated payments and then transferring the electronic tickets to buyers by registering them as friends.

The sites selling pricey seats seen by MailOnline include LiveFootballTickets, which is offering tickets from £693.50 to £3,000 – plus a hefty £900 ‘service fee’.

Better known secondary ticket sites, such as Viagogo and StubHub, do not have tickets available for the match.

Adam Webb, founder of the FanFair Alliance which has campaigned for reforms over ticket sales, has urged supporters to be careful when trying to buy online.

He told the Times: ‘There are three facts everyone needs to know about so-called secondary ticketing websites.

‘First, they are typically registered overseas and are set up specifically to target British consumers…second, they tend to operate in open breach of UK consumer protection laws.

‘And third, the tickets on these platforms are predominantly listed by large-scale touts, some of whom do not even possess the tickets they are selling.’

It emerged last night that England will be backed by almost the whole of the crowd in next Tuesday’s clash. 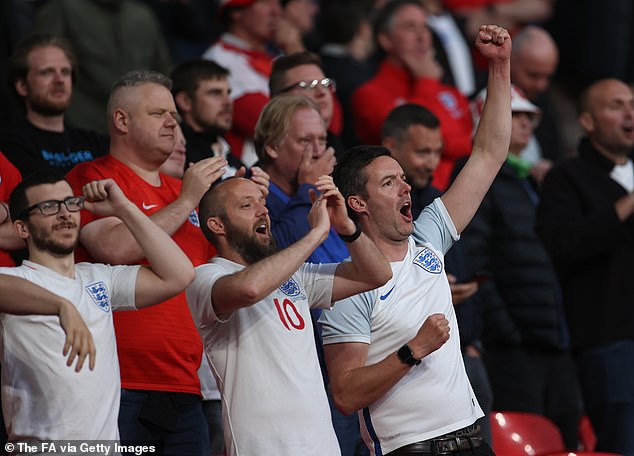 Sportsmail understands that the FA and the German FA from their knockout-stage opponents will be offered 7-10,000 tickets each out of the overall 45,000 available.

However, because of travel restrictions, Germany are expected to take only around 2,000, which will be sold to ex-pats living in the UK.

The remaining seats will go to those who had their tickets cancelled when the limit looked like being much smaller.

That group is largely made up of England supporters, which means that Gareth Southgate’s men should run out in front of a partisan home crowd.

Should the Three Lions make the final, then just 1,000 supporters of their opponents would be permitted to jet into the country for the game.

As Sportsmail reported, the Government and UEFA were examining the prospect of allowing a limited number of fans to enter the UK for 24 hours. It is expected that 1,000 will land on charter flights, be taken to the stadium — potentially via a fan park — then put back on buses to the airport after the final whistle.