She had teased fans with her surprise new romance back in July, after sharing a photo of herself and her hunky new flame Lee Cronin cuddling up together to Instagram.

But just three months later, Lydia Bright has confirmed she is single again, as her romance with Lee has since ‘fizzled out’.

Speaking to The Sun, Lydia, 26, confessed that her busy schedule had prevented their relationship from progressing and enjoying her newly single status, the blonde beauty has insisted she isn’t going to ‘settle’ when it comes to her next beau.

Newly single: Lydia Bright, 26, has confirmed she has split from latest flame Lee Cronin, three months after confirming their romance via Instagram

Lydia, who shot to stardom on ITVBe reality series The Only Way Is Essex, was most known on the show for her tumultuous relationship with ex-boyfriend James ‘Arg’ Argent.

The childhood sweethearts had been on and off for eight years, with their relationship coming to an end on several occasions due to ‘cheating’ claims and Arg’s previous partying ways.

Following a tense showdown in Mallorca following their split, where Lydia had told Arg she wanted the duo to be ‘strangers’ to each other, the duo appeared to go their separate ways for good, with Lydia later confirming her romance with gym buff Lee.

She posted a sweet Instagram photo of the pair for fans to see in July to mark his birthday, where herself and Lee were pictured hugging and kissing. Alongside it she had penned: ‘Happy birthday my love.’ 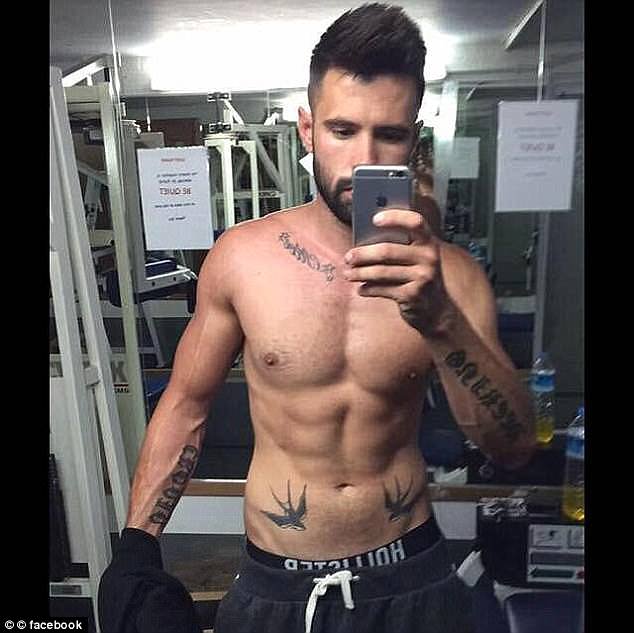 All over: Speaking to The Sun, the former TOWIE star claimed things between the duo had ‘fizzled out’ and insisted it had been more of a ‘holiday romance’ than a serious relationship 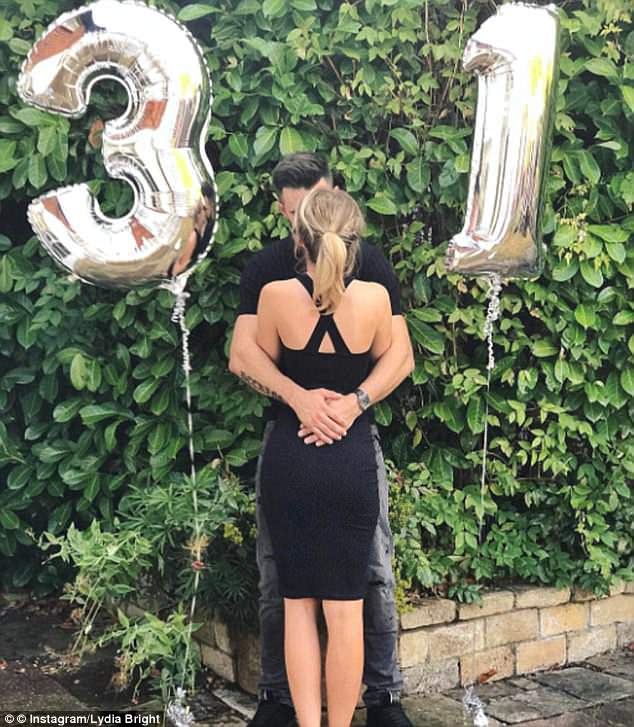 Setting tongues wagging: Lydia, however, had everyone talking when she shared a seemingly smitten snap of herself and ex-beau Lee to Instagram on his birthday confirming their romance

Addressing that loved-up snap, Lydia explained she had purposely concealed Lee’s face, as she had wanted their romance to stay private. Although, she admits it made their romance look more serious that it had been, as it was more of a ‘holiday romance’.

She explained: ‘I didn’t want it to go everywhere because it was still early days. It fizzled out but we’re still friends.’

Not giving up on finding love in the future, however, Lydia insisted she would ‘love to find The One’, but did add: ‘I’m not in any major rush and I’m not just going to settle for something.’

‘It will happen one day, but I’m not stressing out,’ she claimed.

Helping her to move on from her latest love split, Lydia has been away filming for several weeks in Greece for E4 show Five Star Hotel alongside a slew of reality stars, including former Made In Chelsea star Spencer Matthews, Holly Hagan and Ex On The Beach’s Ashley Cain. 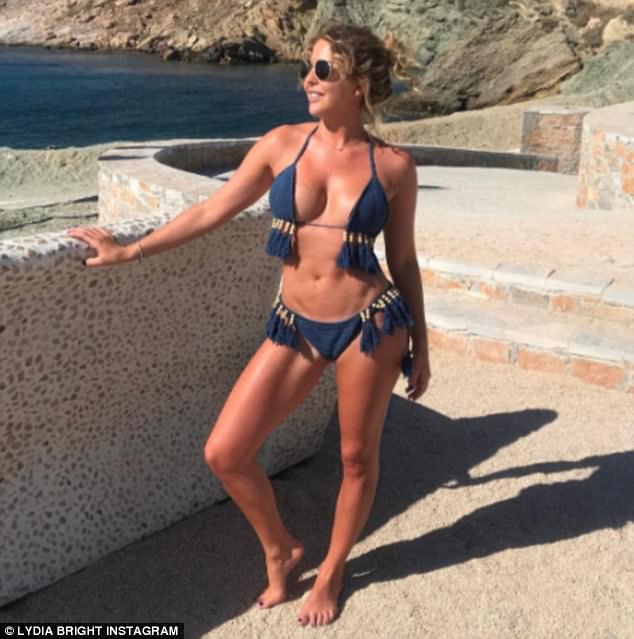 Moving on: However, Lydia confirmed the photo was taken in the ‘early days’ of their romance, and insisted she is embracing single life and won’t ‘settle’ for just anyone going forward

While she has now left The Only Way Is Essex to focus on pastures new, her former beau James has made a return to the show, after taking some time out from the series to seek treatment at a rehab facility in Thailand at the beginning of the year, to kickstart his lifestyle overhaul.

Fans have since seen him appear on Celebs Go Dating, where he enlisted the help of matchmakers Nadia Essex and Eden Blackman to help him find love with an ordinary member of the public, and he chose to have cosmetic surgery on his nose.

He appeared on Loose Women to show off the results of his nose job, admitting he had opted for the procedure as he felt his nose ‘stood out’ following his dramatic weight loss. 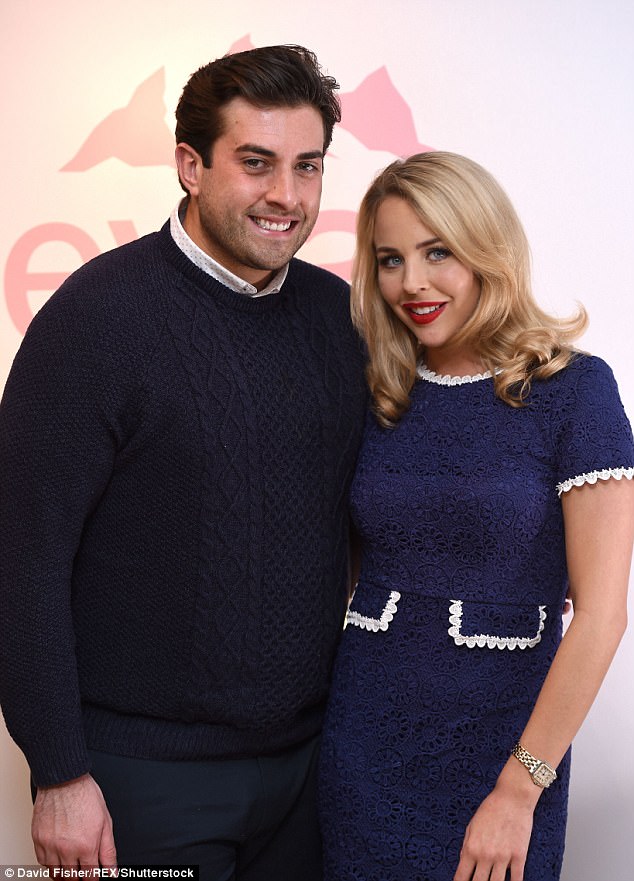 Past love: Prior to her romance with Lee, Lydia had dated her childhood sweetheart James Arg Argent on and off for eight years, with their tumultuous relationship playing out onscreen on TOWIE – she has since left the ITVBe series

Talk, however, soon turned to his former flame Lydia, with Arg revealing that the pair are now on ‘good terms’, despite the acrimonious end to their relationship.

Speaking about the starlet, Arg confessed that Lydia is the only girl he has loved and that he still pops in to see her mother Debbie for ‘a cup of tea’ from time to time.

The Essex boy revealed: ‘[Lydia and I have] kept in contact- we send the odd text message here and there. I popped into her mums the other day for a cup of tea, we’ve become friends.

‘Lydia was my first love and my only love thus far, we were together on/off for eight years, it’s nice now that we can talk and be friends, but that’s all it is.’ 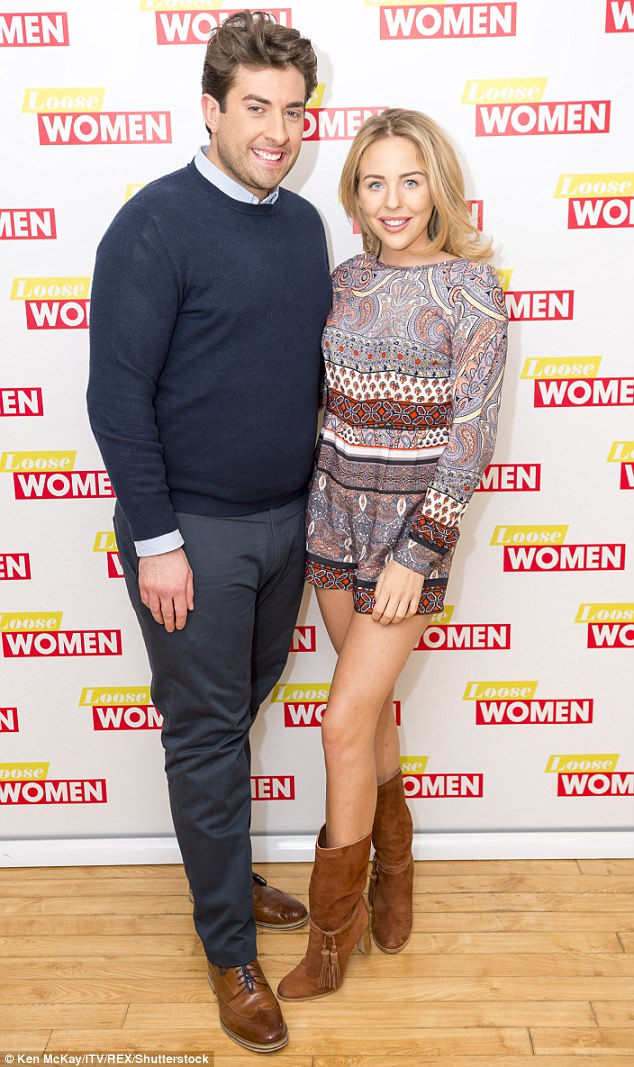 Close to his heart: Arg, meanwhile, has returned to the show following a lengthy break and has confessed Lydia is the ‘only’ girl he has ever loved