They both left ITVBe reality series TOWIE in recent years after a successful run on the show.

Yet best friends Abi Clarke and Jasmin Walia made sure they stayed in the spotlight as they led the glamour in eye-catching blue dresses at the The Asian Awards 2018 in London on Friday evening.

Abi set pulses racing as she flaunted her very ample assets in a plunging jewelled and beaded crop top.

Blue-tiful! Abi Clarke (L) and Jasmin Walia made sure they stayed in the spotlight as they led the glamour in eye-catching blue dresses at the The Asian Awards 2018 in London on Friday

The social media influencer teamed the ensemble with a matching floor-length blue skirt, which showed off her toned abs.

Abi styled her light brunette locks into a curly blow-dried hairdo as she added a smoky eye, bronzer and purple lipstick to her make-up.

Meanwhile, Jasmin, 25, who has since gone on to launch a successful music career, looked sensational in a blue velvet dress, which had black and white embroidered details as well as flared sleeves. 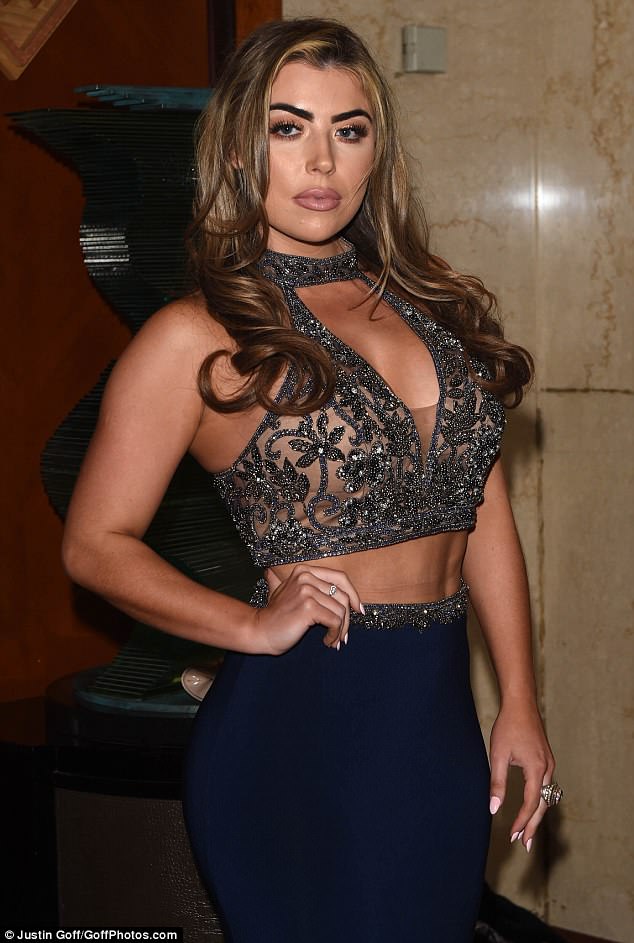 Chest a glimpse! Abi set pulses racing as she flaunted her very ample assets in a plunging jewelled and beaded crop top

The singer accessorised her look with a pair of black heels and huge diamond earrings.

Jasmin styled her long brunette locks into a sleek and bouncy blow-dried hairdo. 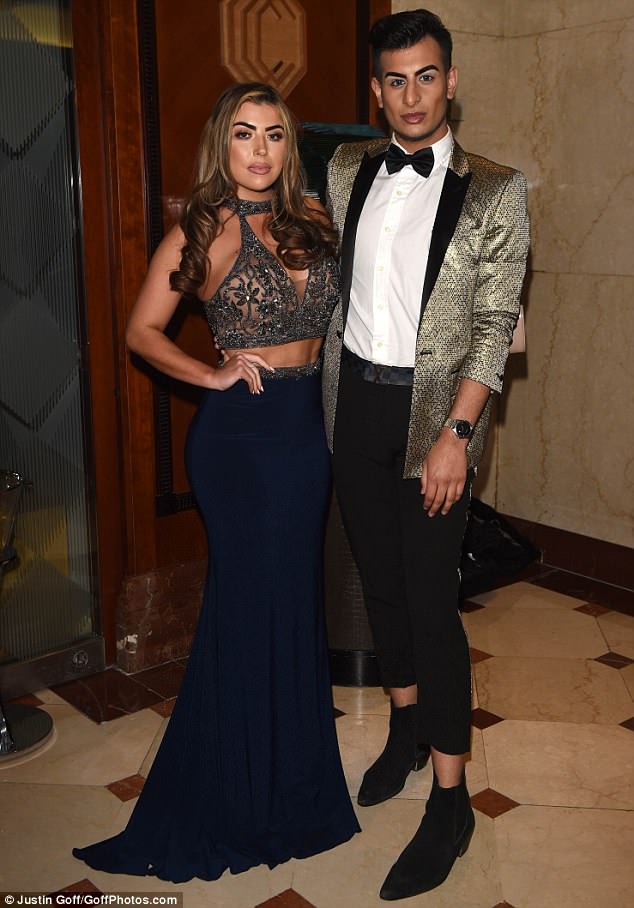 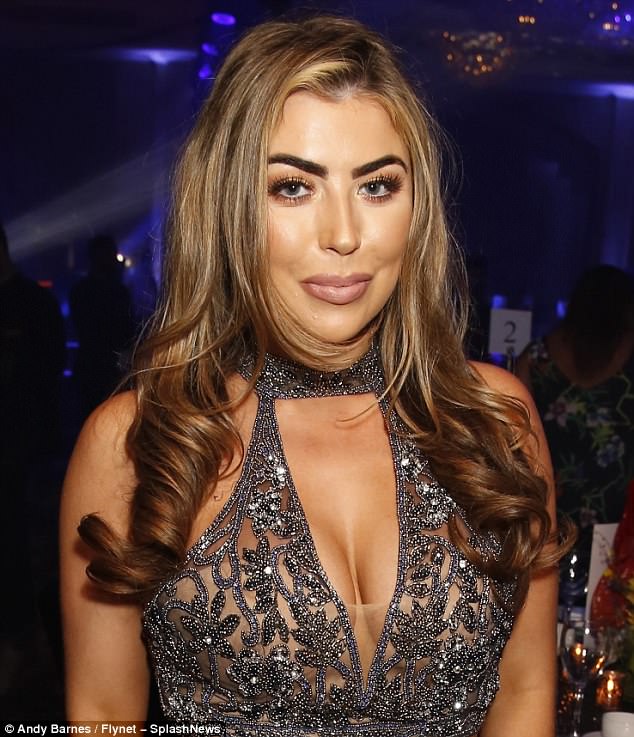 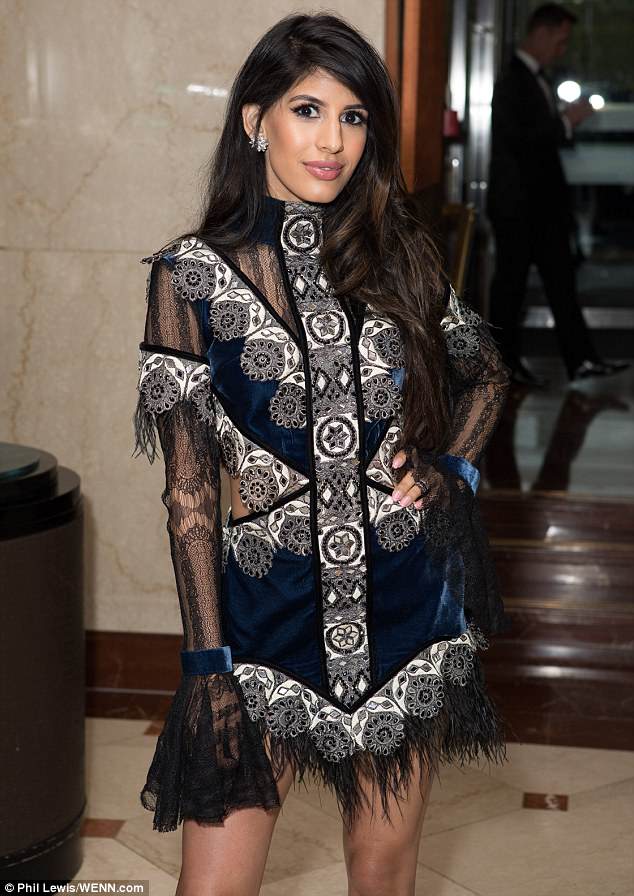 The friends joined the likes of Emmerdale star Gemma Oaten, Countryfile presenter Anita Rani and Anthea Turner at the star-studded event – among others. 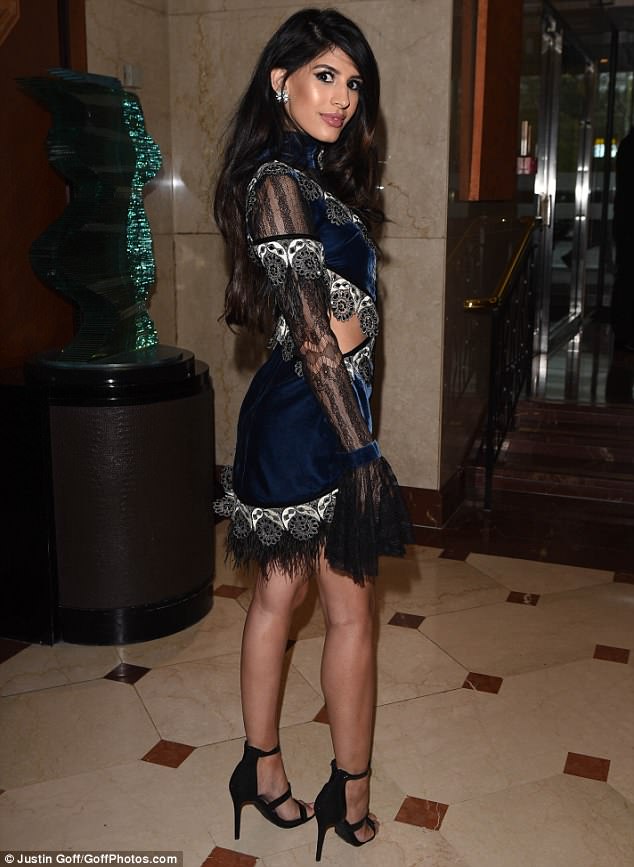 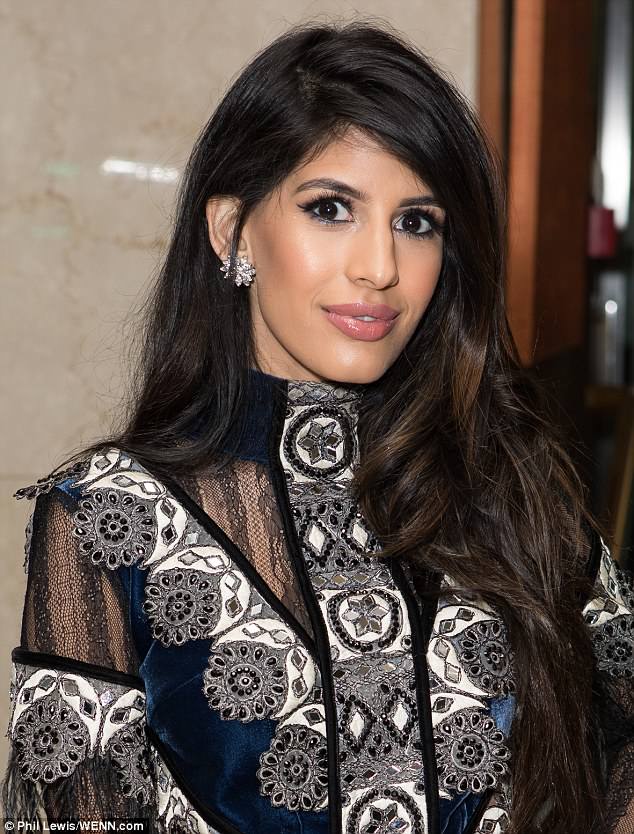 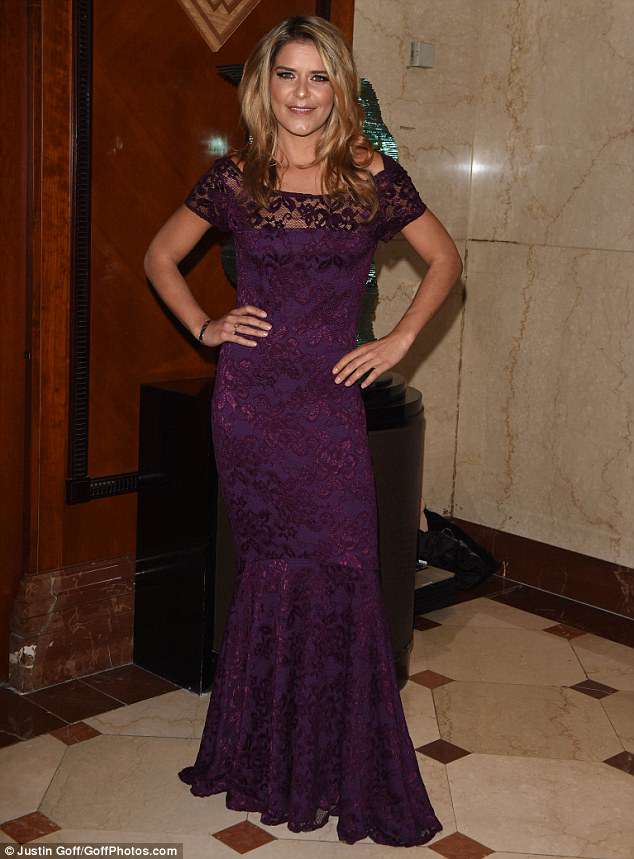 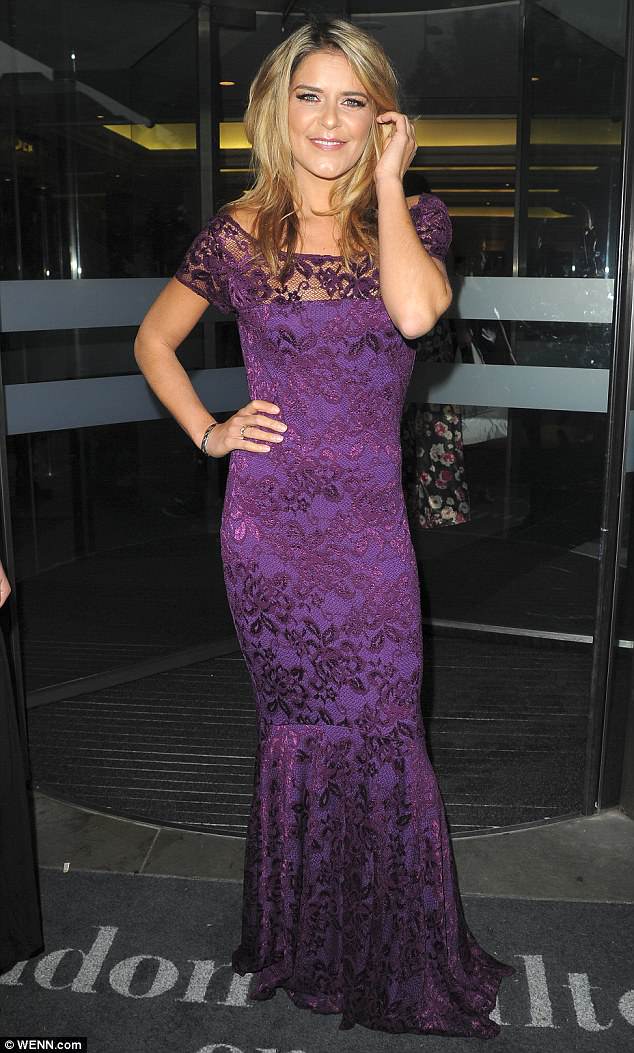 Gemma cut an elegant figure in a floor-length purple dress, which sat just off her shoulders.

The actress kept her accessories minimal, but she did add a slick of make-up and blow-dried hair to her ensemble.

Anita looked stunning in a bold red dress, which plunged into a v-neck and cinched in at the waist with ruffled waterfall detailing.

The presenter styled her brunette locks away from her face into a stylish up hairdo, while she added a cheeky red choker as her accessory to team together the entire ensemble. 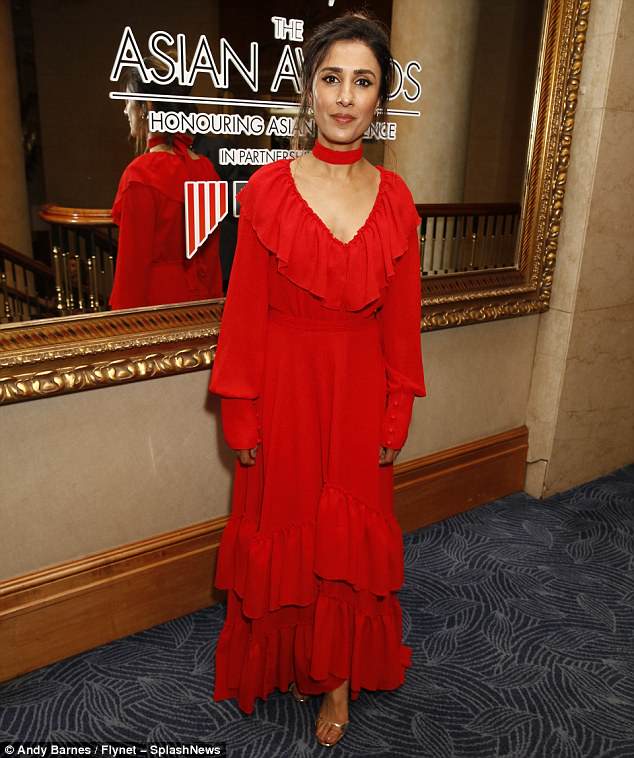 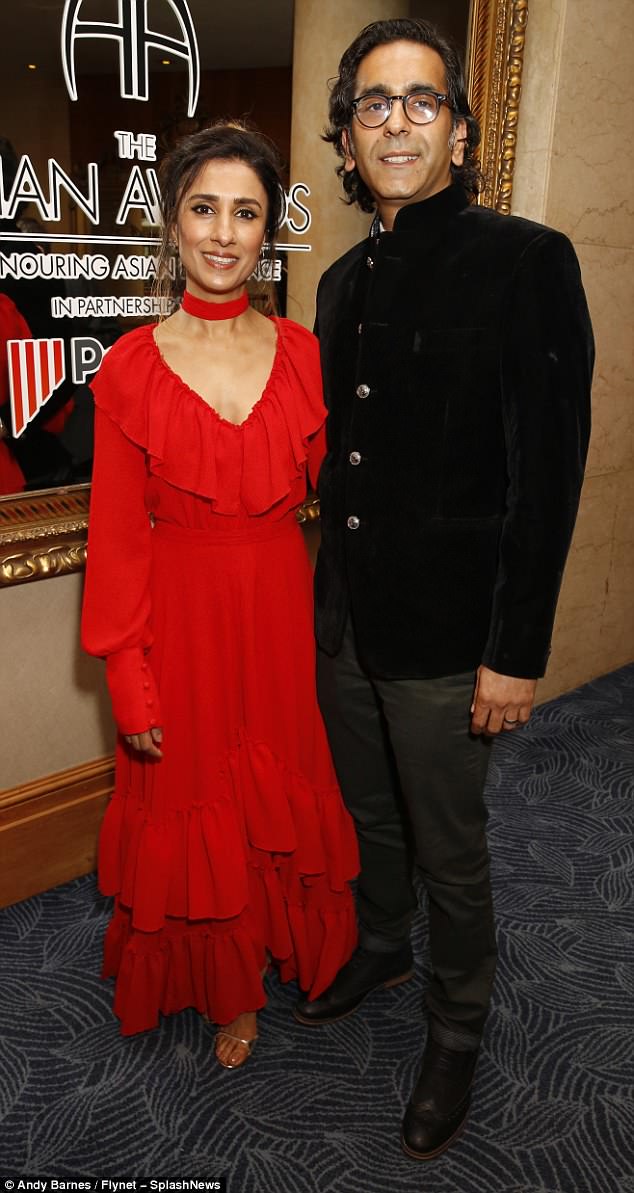 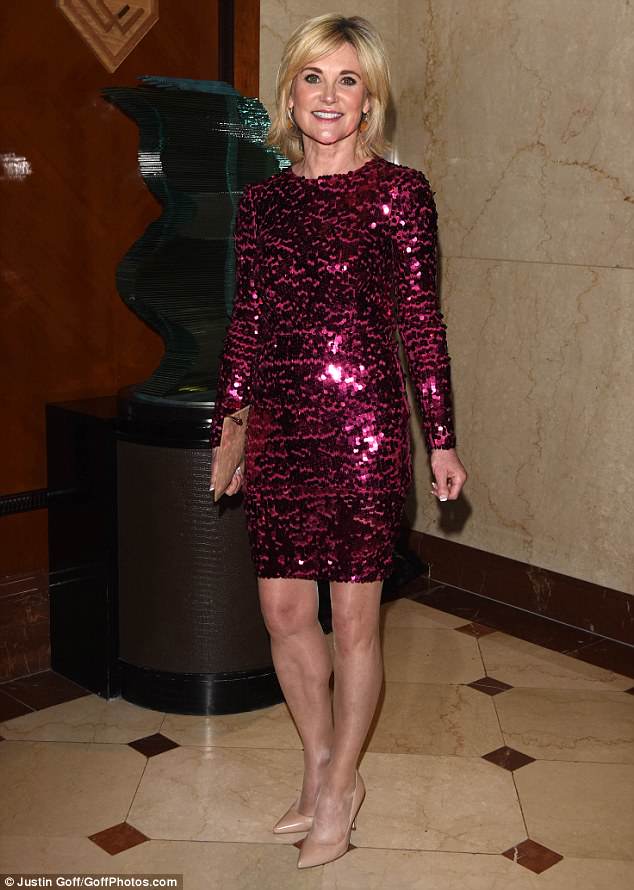 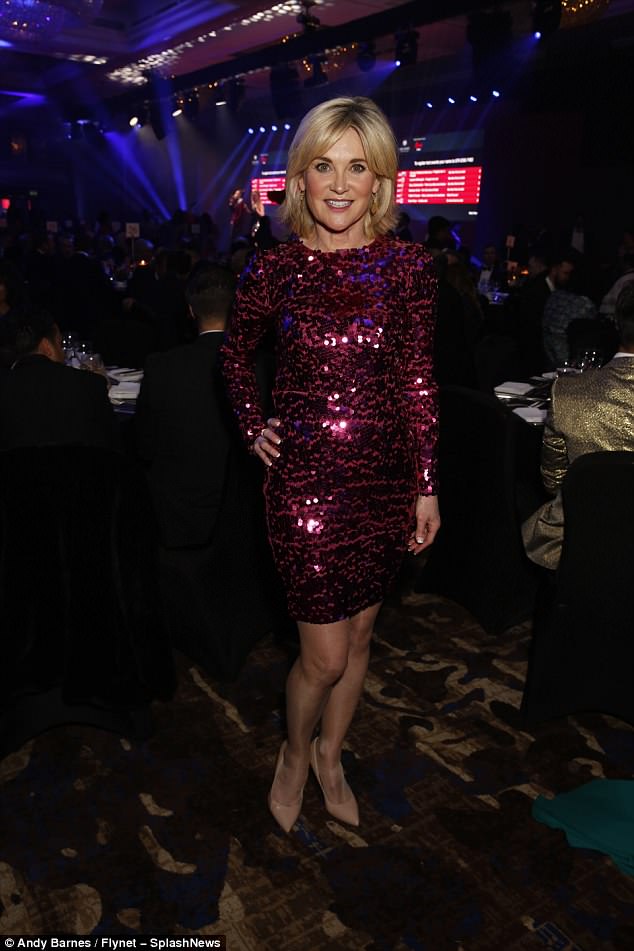 Anthea looked ready to party as she showed off her enviable physique in a figure-hugging pink sequined dress with nude heels.

The former Blue Peter host styled her blonde locks into a voluminous hairdo, while she added a dark pink lipstick.

Shobna dressed to impress in a turquoise and gold tunic over a pair of matching trousers and shawl to complete the look. 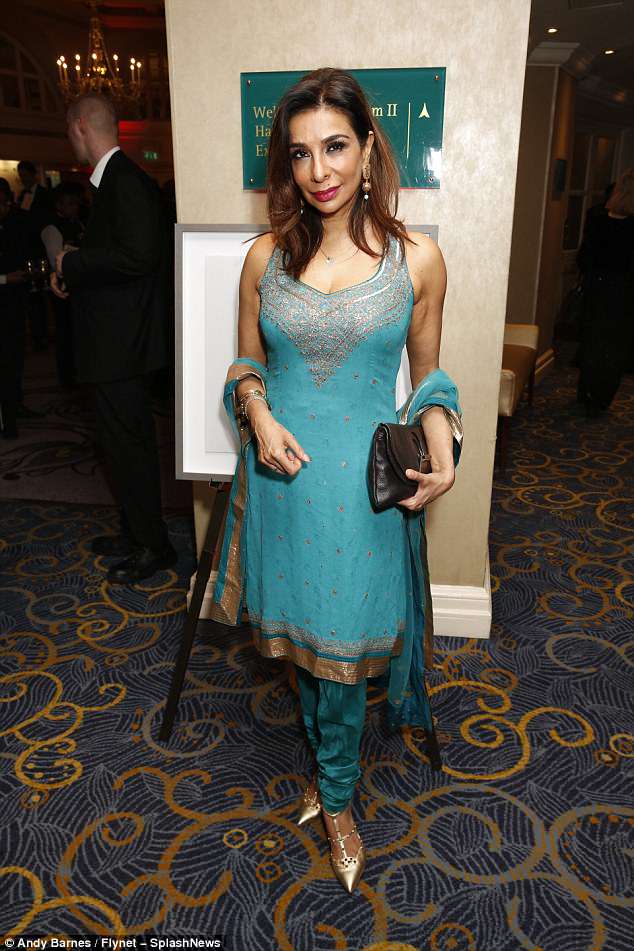 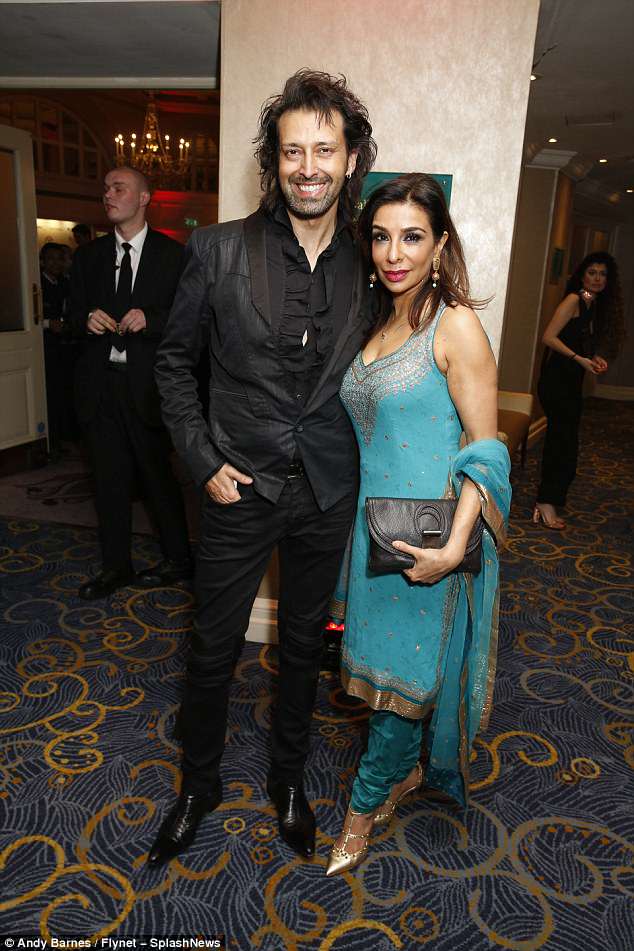 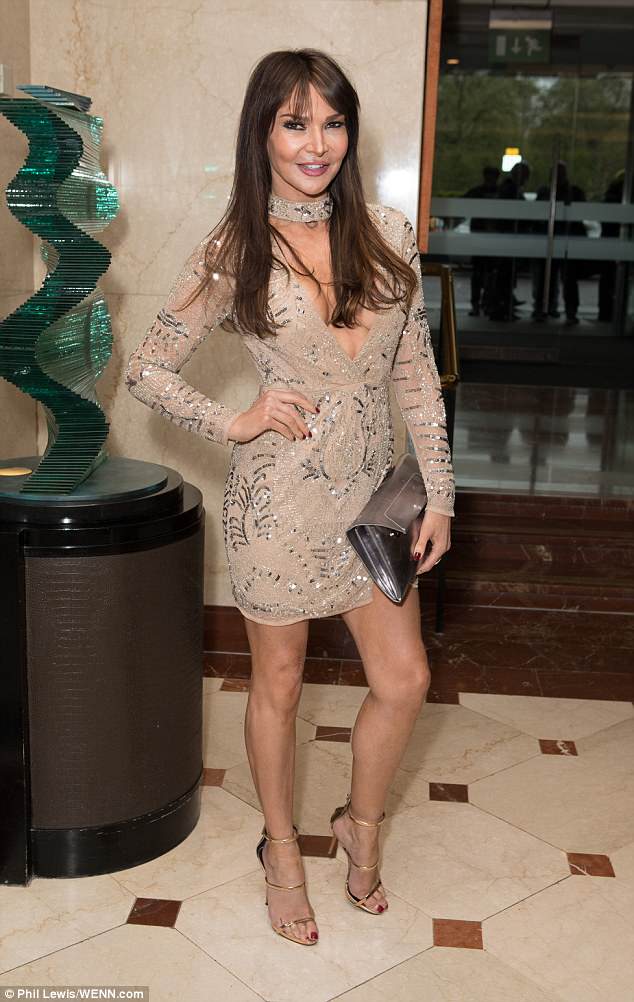 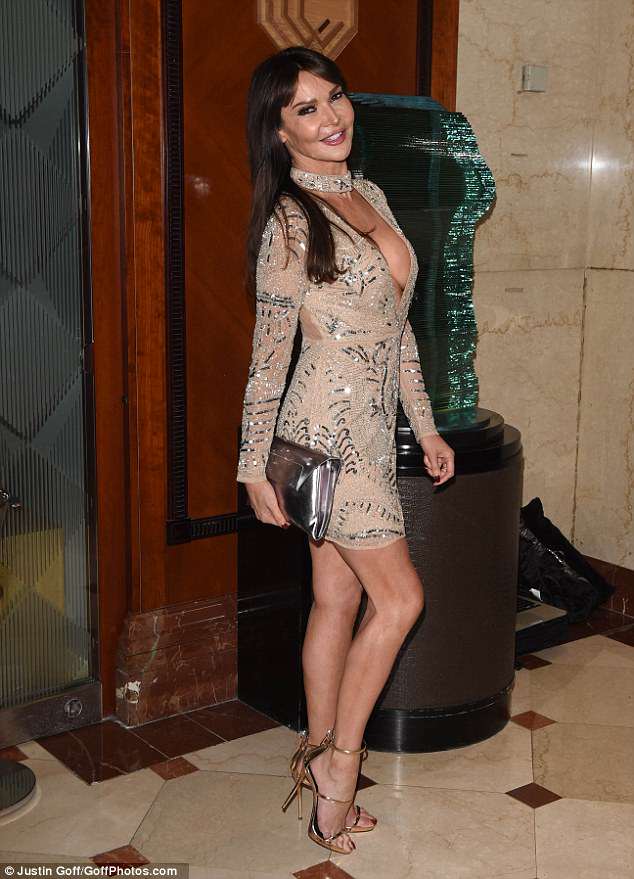 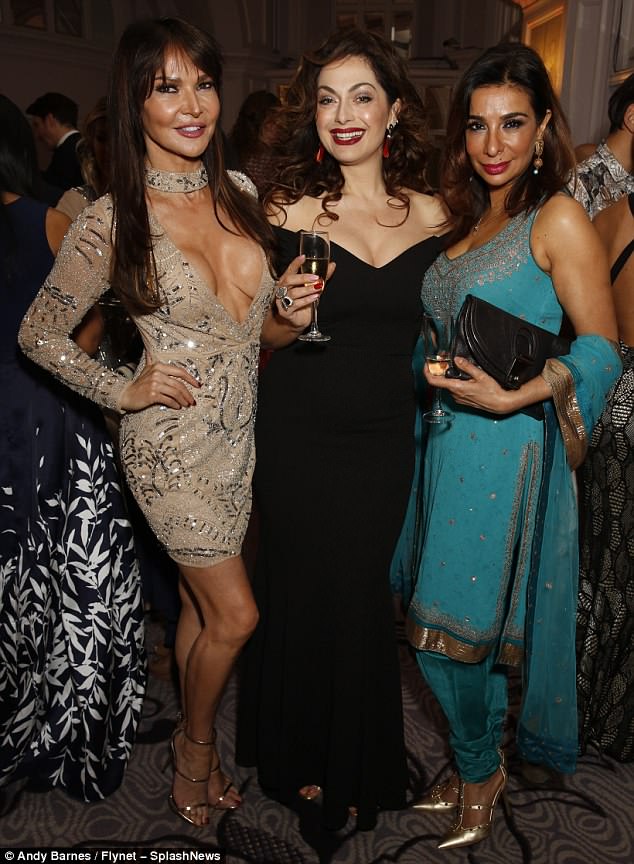 The soap star added gold heels and earrings for the ensemble, while she added a black handbag.

Lizzie flaunted her enviable figure in a plunging nude and diamond embellished dress, with a choker around the neck.

The model added metallic accessories to her ensemble, while she styled her locks and fringe into a sleek hairdo. 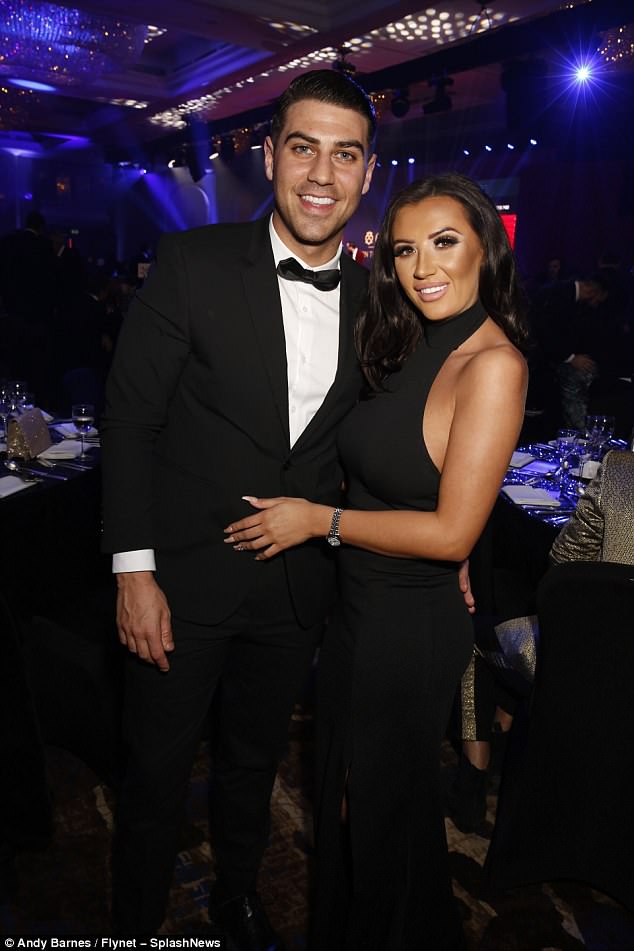 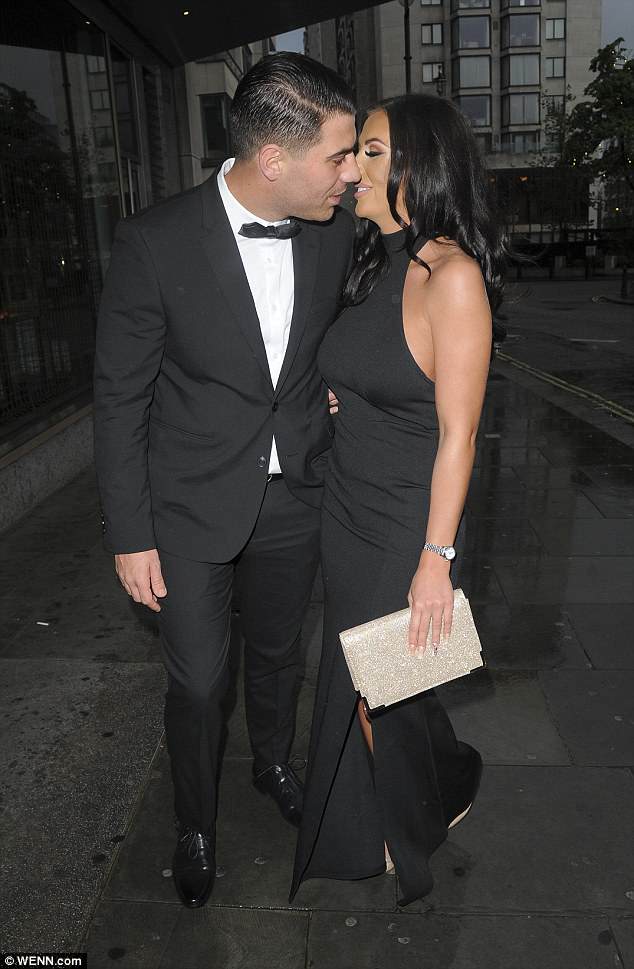 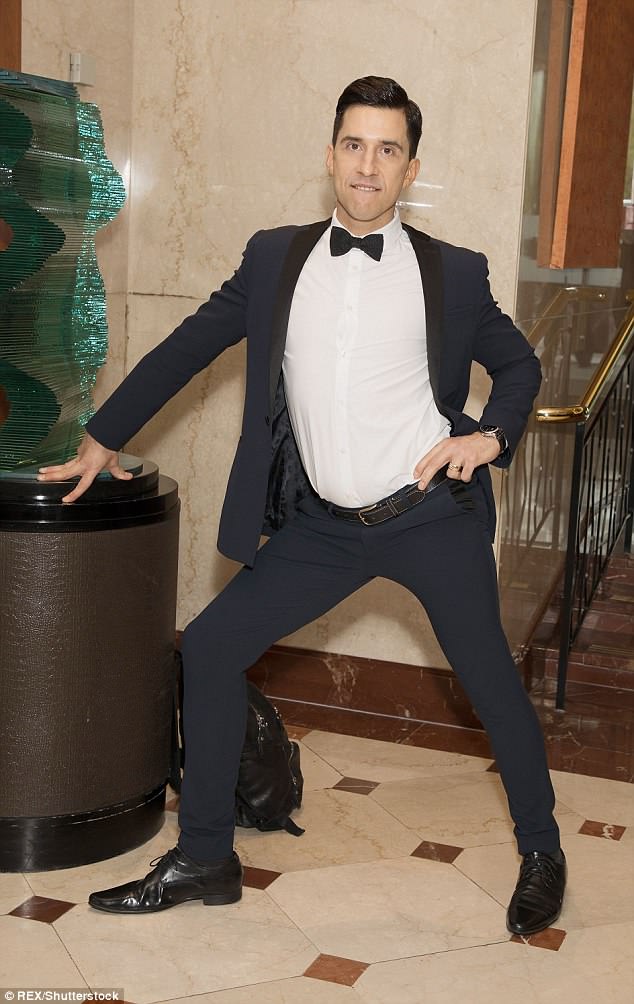 TOWIE star Jon looked dapper in a black tuxedo as he attended the event with his new squeeze Tayla Ling, who also dressed in all-black.

Russell made sure he turned heads as he wore a navy blue tuxedo with a black bowtie and posed up a storm at the event.

The Asian Awards is a yearly celebration in the UK which celebrates the global Asian community with 14 different categories.

This year’s event is the eighth celebration after launching in 2010. 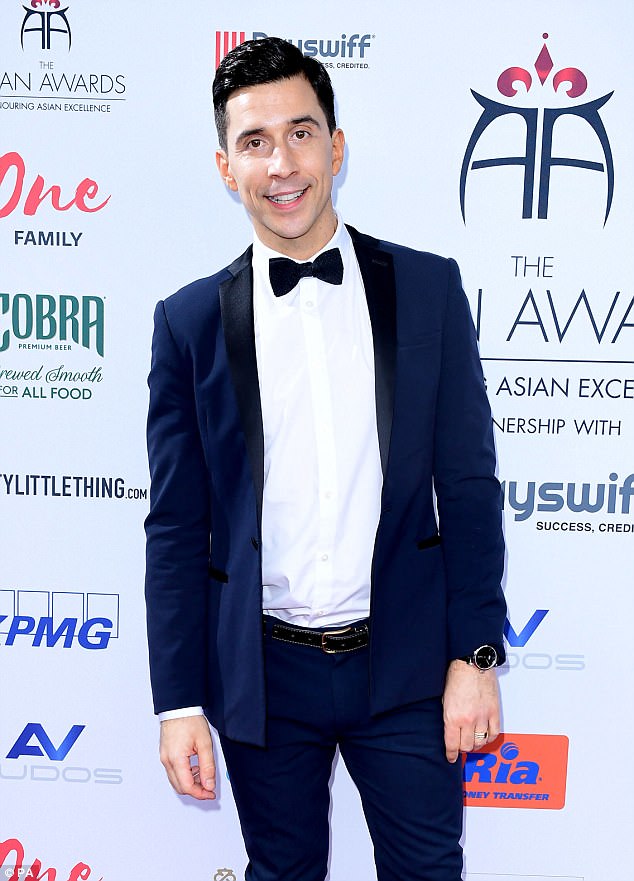