‘Toxic’ masculinity is harming boys by encouraging them not to cry, say top psychologists

By Julie Henry For The Mail On Sunday

Traditional masculinity is toxic and encouraging boys not to cry is dangerous to their health, according to the world’s leading psychology group.

In its first official guidelines on the treatment of men and boys, the influential American Psychological Association says many male traits including stoicism, competitiveness, dominance and aggression are harmful and can lead to violence, depression and suicide.

It argues that this ‘traditional masculinity ideology’ pushes boys toward ‘anti-femininity’ and forces them to mask the appearance of weakness while encouraging risk-taking, aggression and violence as a means of solving problems.

Traditional masculinity is toxic and encouraging boys not to cry is dangerous to their health, according to the world’s leading psychology group (stock image)

As a result, it limits men’s psychological development, constrains their behaviour, causes ‘gender role strain’ and has a negative impact on their mental and physical health.

But critics have accused the report of taking an anti-male stance, which depicts traditional male values as ‘nearly monstrous’.

The report paints a picture of generations of boys under constant pressure by society to conform to masculine expressions who are censured by their parents and peers if they fail to maintain the expected behaviour.

Its authors say transgender issues are at the ‘forefront of the cultural conversations’, with evidence suggesting a link between adherence to rigid masculinity in gay, bisexual and transgender men and higher rates of self-destructive behaviour, such as drug-taking.

The APA is regarded as a leading authority on psychological matters. Its manual of mental disorders is taken as the bible of mental illness and consulted by British psychologists and health experts.

While the controversial guidance was years in the making, its publication in the wake of the #MeToo movement against sexual harassment and sexual assault feeds a prevailing narrative about the dangers of traditional masculinity. 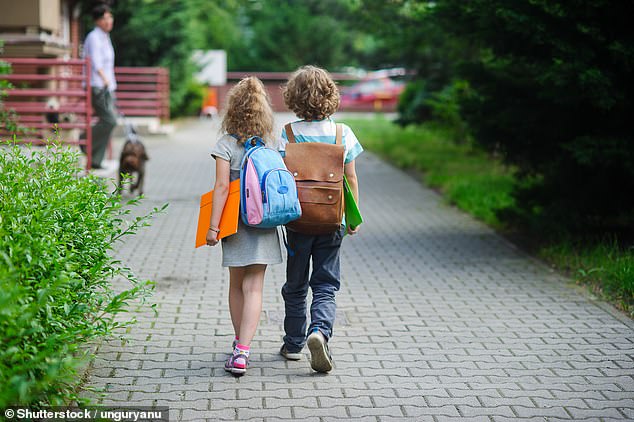 Critics last night accused the authors of ‘anti-male rhetoric’. Frank Furedi, Emeritus Professor of Sociology at Kent University, said: ‘Suddenly the reluctance of some men to cry on demand is recast as pathology. This is not a scientifically informed document, it is an ideologically driven attempt to devalue male identity.’

Professor Chris Ferguson, a fellow of the APA, complained that the guidance read like an activist’s agenda, saying: ‘In sweeping terms, traditional men are portrayed as nearly monstrous, their cultural values associated with everything from sexism to promiscuity, to their own declining health.’

But psychologist Ryon McDermott, who helped draft the report, said the profession needed to help men ‘break free of masculinity rules that don’t help them’ and focus on potentially positive aspects of masculinity such as courage and leadership.

And Dr Glenn Wilson, a British psychologist and author of The Great Sex Divide, said: ‘Male-female differences are not socially constructed, they have early evolutionary origins.

‘Male and female-typical traits have both advantages and disadvantages. For example, psychopathy increases the likelihood of crime but is useful in battle.’

A top university has dropped students’ initials in email addresses because they could be ‘problematic’ for transgender people who change their names.

A spokesman at Bristol University explained: ‘John Smith arriving in 2018 might have received the username js18123.

‘In the new scheme, it will start with any two letters except “js”.’

The latest move in the higher education system to satisfy transgender rights advocates follows the installation of gender-neutral toilets and advice to check the ‘preferred pronoun’ of students.

But Bristol University said: ‘Concerns have been expressed by trans staff and students who may have transitioned that their log-in remains linked to their former identity.’