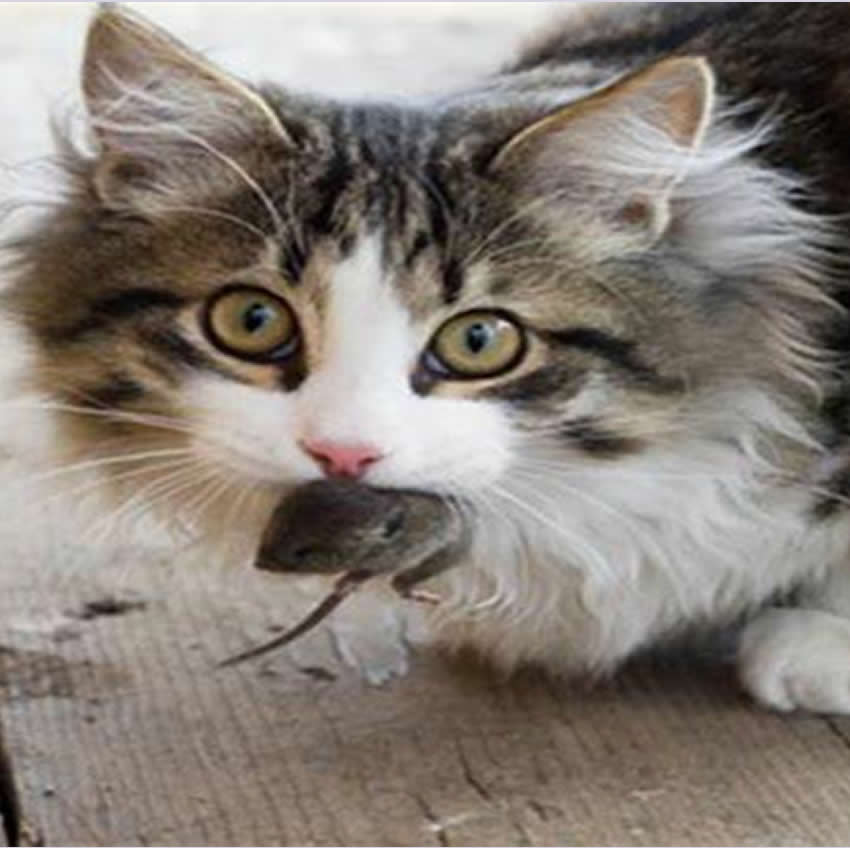 Sparkling eyes, soothing purrs and playful cuddles make cats the most adorable pets. With a mix of endearing and annoying habits, cats manage to completely capture our attention. Studies have revealed that the bond with our feline can increase fitness, lower stress and double up joys. No doubt cats are awesome but their poop is detestable. Scooping is the most dreaded job for the feline parents. “It is stinky”, “it is messy”, “I cannot clean it anymore”-  are the instant reactions when the four-legged fur ball poops. Apart from being stinky, both humans and cats can acquire certain diseases from the poop. Toxoplasmosis is the one that tops the list.

Toxoplasmosis is a parasitic disease that is caused by the parasite Toxoplasma gondii usually found in garden soil and raw meat. Once the parasite enters a cat’s body, it starts multiplying in its intestines thus releasing oocysts (the immature eggs) in its faeces. An infected cat sheds oocysts for up to two weeks from the onset of initial infection. Though many other pets can also carry this disease, cats are the only animal in which this parasite can complete its life cycle.

How a cat catches it?

Cats usually contract toxoplasma infection by killing and eating infected prey or by being in contact with other infected cats or their faeces. The infected cat then starts releasing oocysts through its faeces which in turn make soil, water and grass contaminated. A domestic cat who stays indoors is less likely to catch this infection. Proper cleaning of litter boxes is a highly recommended preventive measure for disease inhibition.

People do not get toxoplasma infection through direct contact with the cat itself. The parasite often spreads from cats to people by means of bites, scratches or direct contact with its faeces. Cats while wandering in the backyard often poop there and children playing in the outdoors with uncovered sandboxes, or adults engaged in gardening unknowingly come in contact with the infected soil. Furthermore, farm animals like cows and chickens come in contact with and contract toxoplasmosis while being on the farm, through sniffing or eating cat poop. Consumption of raw or undercooked meat also spreads the disease.

Elderly or those with a weakened immune system run the greatest risk of contracting toxoplasmosis. If a woman is infected while being pregnant, the growing fetus can also become infected which in turn results in the development of cysts in the fetus’s brain possibly leading to developmental abnormalities, miscarriage or stillbirth. People with compromised immune systems are susceptible to a number of infections and should follow proper hygiene to protect themselves against exposure to the disease.

Common symptoms of Toxoplasmosis both in humans and cats:

Signs and symptoms of toxoplasmosis are usually “flu-like”. Most of the cats who are infected with   toxoplasmosis will not become sick because they develop immunity to the disease due to continuous exposure to the parasite. However, felines who are not yet immune to it are likely to have mild to severe diarrhea and a loss of appetite. The disease can at a later stage also affect lungs, liver, nervous system and eye sight. Though kittens are more vulnerable to the disease, it is only a very tiny percentage of cats that succumb to the overwhelming parasitic infection.

Although toxoplasmosis parasites are likely to grow and multiply within a week of entering a person’s body, it will take weeks or months to show symptoms. Once the toxoplasmosis parasite enters human body, the infection remains in the body for life, usually in a latent form. The majority of infected humans remains asymptomatic. However, in the elderly patients or patients with weak immune systems, and pregnant women, severe symptoms like high fever, diarrhea etc. may develop. Children who are born with severe congenital toxoplasmosis may have permanent vision problems or mental retardation.

Laboratory tests are prescribed for both cats and humans to check for microscopic parasites in the blood, spinal fluid, amniotic fluid, placenta, lymph nodes, bone marrow, or other body tissues. The doctors also order blood tests to measure level of antibodies to fight the parasite. There is no cure for this parasitic infection but those who show symptoms of the disease are prescribed antibiotics to clear up most of the symptoms of toxoplasmosis. For a pregnant woman, her doctor and infectious disease specialist work together to chart a treatment plan in order to make the effects of the disease less severe for the infant. A cat tested positive for toxoplasma parasite is capable of shedding infected eggs for two-weeks therefore, it must be isolated from children, other pets, pregnant women and elderly.

It is always a great fun to have our feline friends around. Do not abandon those lovely whiskers if they have tested positive with toxoplasma parasite rather, practicing  the following safe habits can lower the risk of ingesting contaminated organisms, both for you and your feline.