Toyota issues an urgent recall of 45,000 cars over fears cars could suddenly STOP

Toyota issues an urgent recall of 45,000 cars over fears vehicles could suddenly STOP – with Camrys, Corollas and Land Cruisers affected

Toyota has issued an urgent recall of 45,000 cars, with some of Australia’s most popular models affected.

The recall notice applies to cars sold nationally between October 2013 and April 2020.

‘The fuel pump on affected vehicles may stop operating,’ Toyota said in a statement on Tuesday.

‘If the fuel pump stops working, warning lights and messages may display on the instrument panel, and the engine may not run smoothly.

‘This can result in the vehicle stalling and the vehicle may not be able to be restarted.’

If power loss occurs while driving at high speeds it could increase the risk of a crash.

Owners of vehicles involved will be notified to their last known mailing address, and Toyota customers are urged to ensure their details are up to date by contacting the company’s recall hotline.

Toyota will arrange appointments for the part to be replaced free of charge in all affected vehicles at the car owner’s preferred dealership. 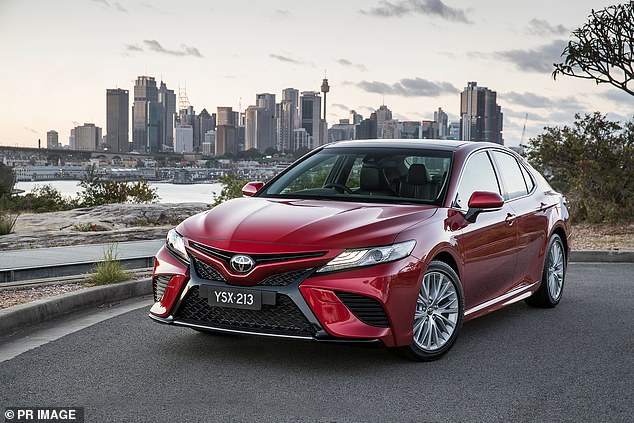 VEHICLES AFFECTED IN THE SAFETY RECALL