Monster mothers Tracey Connelly and Vanessa George show no remorse in letters from jail which reveal they have their minds set on freedom.

The defenceless tot, known as Baby P, suffered more than 50 injuries including a broken back and fractured ribs in Haringey, North London. 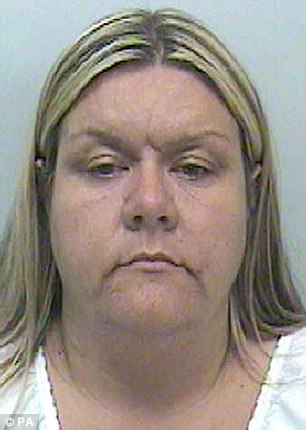 Nursery worker George sent pictures of her sexually abusing children under two at the Little Ted nursery in Plymouth to her lover Colin Blanchard, with whom she exchanged thousands of messages online.

Barker was refused parole last August and Blanchard is not eligible for parole until at least 2020. 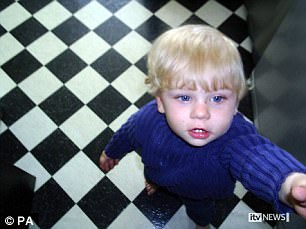 The defenceless tot, known as Baby P, suffered more than 50 injuries including a broken back and fractured ribs in Haringey, North London

Justice secretary David Gauke revealed on Friday that the Government will not challenge the decision to release black cab rapist John Worboys.

He is thought to be Britain’s worst sex offender after being accused of raping more than 100 women in his taxi.

Now both women, who try to pass blame for their horrific crimes, are hoping to win parole like Worboys, who could be released within weeks after serving less than 10 years behind bars.

But she was recalled to HMP Styal in Cheshire 18 months later for selling indecent images of herself to perverts obsessed with her notoriety.

However, she is now preparing for a third try for freedom after the Parole Board ruled she was still a risk to public safety in 2015.

‘I trusted Barker so much we got together (he is five years older than me) then bang, him and Owen did what they did and now I’m here!!… I’m a good person who got stuck in a f***d up situation.’

‘I don’t hear from the c***s (Barker and Owen). I hate them so much. I hope they never contact me again. They can rot in hell.’

‘I’ve been single since I came to prison. I’m still married by law but my solicitor told me the other week that my husband has asked for a divorce. I was so happy I baked a cake. I’m in no need to have another relationship because I think I need to find out who I am.

‘It is good that my friends have stood by me. These people choose to be at my side in my darkest of hours. After all that has been said about me yet they’re still there. With their support, I hope to come out of this situation a lot stronger.’

‘Me and Rose live on the same wing, she is teaching me how to cook (better food instead of junk) and we play Scrabble. People said we were in a relationship but where they got the idea I’m a lesbian is beyond me! It’s a shame people believe that rubbish.’

‘I’m not sure I will get married again. I can’t see me trusting anyone enough for a long while. It would be nice to put my past behind me and have a fresh start.’

In astonishing letters written from jail, she dismisses her involvement in her son’s death and speaks about her friendship with mass murderer Rose West.

Abuser George dreams of a house by the sea

‘I’ve got a new job and my divorce has finally happened. I’m not upset about the 19 years of marriage over, but it seems more of a final thing that I’ve got no contact with my daughters. The sad state is that he’s divorced me and I’ve got to pay for it. LMAO!’

‘The girl in the cell opposite me has an amazing singing voice. She sings Motown songs etc. When she sings Proud Mary (Tina Turner) we all join in.’

‘I’m going to be honest with you, I don’t have any hopes or dreams for the future at the moment. I’ve got five years until parole. If I had a choice in the future, I would like to live on the coast somewhere, I’m not fussed where.’

She says West, who killed at least 10 girls with husband Fred and buried them in their ‘House of Horrors’, has been helping her to lose weight.

Connelly also reveals that she thinks she is innocent, even though she hid Barker and Owen’s torture of her son from social workers.

The convict also discusses baking a cake to celebrate her impending divorce.

George, 45, who was jailed in 2009 for a minimum of seven years, is hoping to move to an open jail which allows prisoners more freedom.

Her first attempt to get parole was refused and she remains at high-security Bronzefield women’s prison in Ashford, Surrey.

In a letter, the mum-of-two complained that she can never see her own daughters again and criticised a documentary about her crimes as being ‘one-sided’.

She also brags about having a ‘privileged job’ in the prison laundry room and chats about her divorce from Andrew George, her husband of 19 years.