They’re the digital generation who grew up with hook-up apps, leading most to assume they’d turn into sex-mad degenerates.

On the surface of it, the twerking, cheek-licking Miley Cyrus, splitting from her husband of seven months Liam Hemsworth, seems to confirm that all is not well in the world of the millennial.

The reality is, for most millennials, it’s quite the contrary. They’ve turned out to be the generation to admire when it comes to relationships.

Millennials might be wed to their phones but they’re certainly not wed to old-fashioned, broken models of marriage and monogamy.

Miley Cyrus announced her split from husband Liam Hemsworth after seven months of marriage. Pictured together in June 2019

The result is a much more flexible, fairer and healthier way of conducting relationships that other generations can learn from.

They might be anxious and self-absorbed, but here’s four things the ‘snowflakes’ definitely get right.

Miley identifies as pansexual – she’s attracted to people regardless of their sex or gender identity – and said she was still ‘very sexually attracted to women’ even while married to a (very hot) man.

She is one of many celebrities unafraid to admit to not being ‘straight’.

Asked to conjure up an image of a lesbian 20 years ago, 90 per cent of people may have pictured a woman with short cropped hair in dungarees. (Or your Aunt Evelyn who never got married and now lives with her ‘friend’ Jane.)

Ask a millennial to ‘picture a lesbian’ and it’s highly likely a close friend would spring to mind.

Millennials don’t pigeon-hole people by their sexuality – and the rest of us are following suit.

No-one really cares if Miley is straight, gay or bi, even if we are fascinated by her moves from one gender to another.

Cara Delevingne is more defined by being all-round fabulous than someone who identifies as being bisexual.

It’s far healthier to be encouraged to find your own sexual identity than try to squeeze yourself into a one-size-fits-all model.

As many older ‘non-straights’ will attest to, growing up in a society that expected everyone to be heterosexual or be ridiculed, condemned and bullied for their choice, was pretty damn horrible. 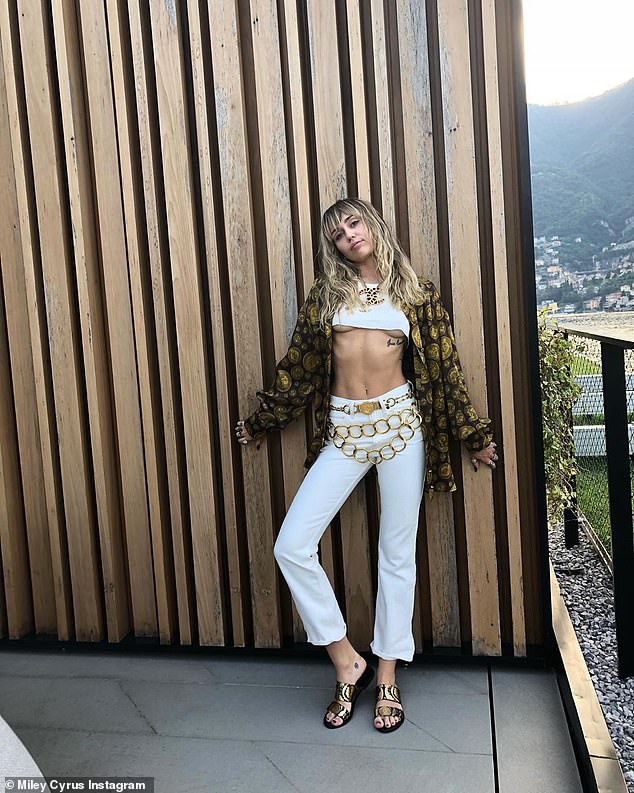 No-one really cares if Miley (pictured) is straight, gay or bi, even if we are fascinated by her moves from one gender to another, says Tracey Cox

Millennials are more likely to try open relationships than other generations, too.

Again, this is a good thing.

Monogamy isn’t the only relationship model that works and the more we search for what works for us specifically, the happier we all will be.

They aren’t obsessed with getting married and having babies

The official statement from Miley said she and Liam split to ‘focus on themselves and their careers’.

The concept that the only thing a woman should aspire to be is a wife and mother is laughable to millennials.

Universities were free when I did my degree and jobs were pretty easy to come by: most of our energy was directed at finding someone to marry and settle down with.

Marriage and babies were the ultimate end goal.

Millennials have different battles to fight. They want jobs and education, not marriage and kids. 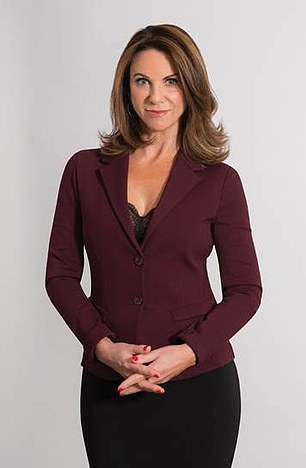 They have been raised to put themselves first. It’s the culture of individualism: they don’t believe you need a partner to make yourself happy.

Ask the average 30-year-old when they think they’ll have kids and lots will answer ‘How can I think about having kids when I still feel like a kid myself?’.

Being single isn’t a ‘disease’ for millennials because most of them are. It’s not something to be ashamed of, it’s just a word to describe where they’re at, at that particular time.

It’s a stark contrast to the shame previous generations of women felt if they hadn’t tied the knot by their mid-30s.

This doesn’t mean millennials don’t value marriage or long-term relationships, by the way.

In fact, it’s quite the opposite.

They value long-lasting love more than other generations

Ok, Miley might not tick this box, having separated after just seven months.

But for lots of millennials, growing up with divorced parents has had the opposite effect to what you’d expect.

This generation are more motivated to find love that lasts – and 125 per cent more likely to make a relationship work than older generations, according to experts.

They’ve grown up matching what went wrong and are determined not to make the same mistakes.

It’s a fallacy that millennials don’t want lasting romantic relationships – the reasons many aren’t having one is because they aren’t really sure how. 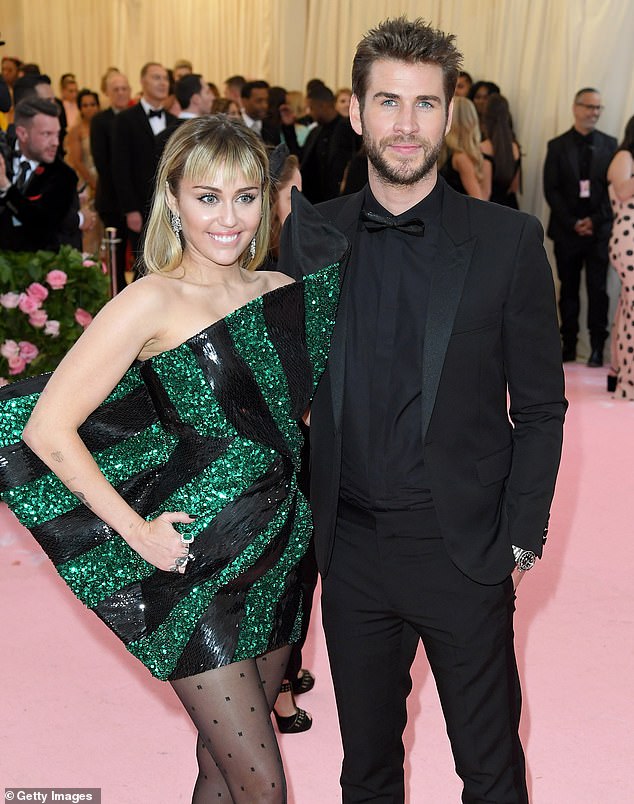 Seventy-five percent of 18 to 25-year-olds said they wished they had more information about how to form lasting relationships from parents and teachers.

This is one reason why…

They take their time finding a partner and marry later

Used to be that couples got engaged about 18 months after meeting and married around the two year mark.

This is another positive: people who date three years or more before marrying are nearly 40 per cent less likely to divorce than people who rush into it.

It makes sense: the longer you’re with someone, the better you know them – warts and all.

Millennials take their time before committing – they don’t rush into relationships because they don’t want to divorce.

They’re branded lazy but these guys do their research: most millennials will find out as much as they possibly can about someone before they truly invest time, money and effort into taking the relationship forward.

The ‘first date’ might happen quite a way into actually seeing someone.

Sex usually happens way before the first date: they’ll check to make sure they’re sexually compatible before deciding if they want a relationship.

Highly sensible, in my opinion, given mismatched sex drives and attitudes towards sex cause major relationship problems.

Another thing to like: while older generations didn’t talk about money, this generation does.

Lots have student debt and money is important. They’re up front and transparent about what they require from a partner.

Because they delay settling down and marrying, they’re having children later as well.

Many marriages fail when couples have children too early because they haven’t had the time to build a strong foundation before putting the marriage under pressure. 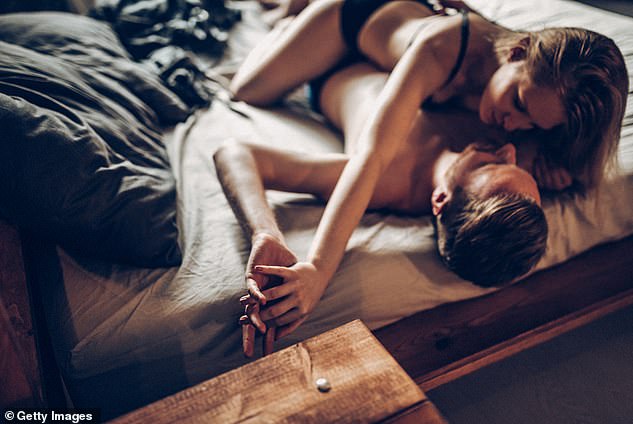 However, while there’s a lot to learn from millennial love, there is one problem, says Tracey. Many young millennials in their early 20s aren’t having sex (stock photo)

Many young millennials in their early 20s aren’t having sex.

People aged 20-24 are having the same amount of sex as our grandparent’s generation in the 1920s.

How did it go from being a young person’s favourite thing to do to last thing on the list?

Because millennials are more socially isolated. A lot of activity with friends is done digitally, not in person and if you’re not even in the same room, real-life sex is unlikely to happen.

Jobs are harder to come by and without money, it’s harder to move out and be independent. Living at home with your parents isn’t conducive to an active sex life.

But millennials aren’t the only ones NOT making rumpy-pumpy: we’re in the middle of a worldwide sex recession.

British adults are having less sex. More are reporting no sex at all in the past month, compared with data from a decade ago.

It seems to be global, with America, Australia, Finland and the Netherlands all seeing similar declines. In Japan, in 2015, forty-three per cent of people aged 18 to 34 were virgins.

We might be learning valuable new lessons about love but if the sex recession continues, it’s might well all be all in vain!