A tradesman was left horrified after tearing up the pavements at the wrong house thanks to a very confusing street sign.

Dreigan Fisher from Tylers Landscapes arrived at the number 37 home in Cranbourne West, in Melbourne’s south-east on Monday morning.

While he waited for his boss Tyler Brooks to arrive, he got stuck into work and started removing the tiles from the home’s backyard.

What the pair didn’t know was that there was another house on the same street with the exact same number.

The house Mr Fisher started working on was actually under a different street name but was adjacent to the same road – with the correct house just three doors down.

Mr Brooks told Daily Mail Australia the other homeowners were expecting renovations themselves so weren’t fazed when the tradies arrived at their home.

‘The woman must have thought her husband had organised someone to come and do some work for her,’ he said.

‘It was pretty funny because I rocked up and told Dreigan this was the wrong house and he said ”Oh my god, I’m so sorry”.’

Mr Brooks said thankfully for them, the woman at the other house was very understanding and able to see the funny side.

‘She said things like that happen all the time, and mail is constantly going to the wrong house,’ he said.

‘It’s the same block of units, so it doesn’t make sense at all (for them to have the same house number).’

He said that because both houses were expecting work to be done on the Monday, it was an easy mistake.

Fortunately only six pavements had been ripped up with the team quickly replacing them free of charge.

‘It was just a very big coincidence but the woman of the house had a good laugh about it,’ Mr Brooks said.

‘The garages and houses are all the same, it was a complete replica.’ 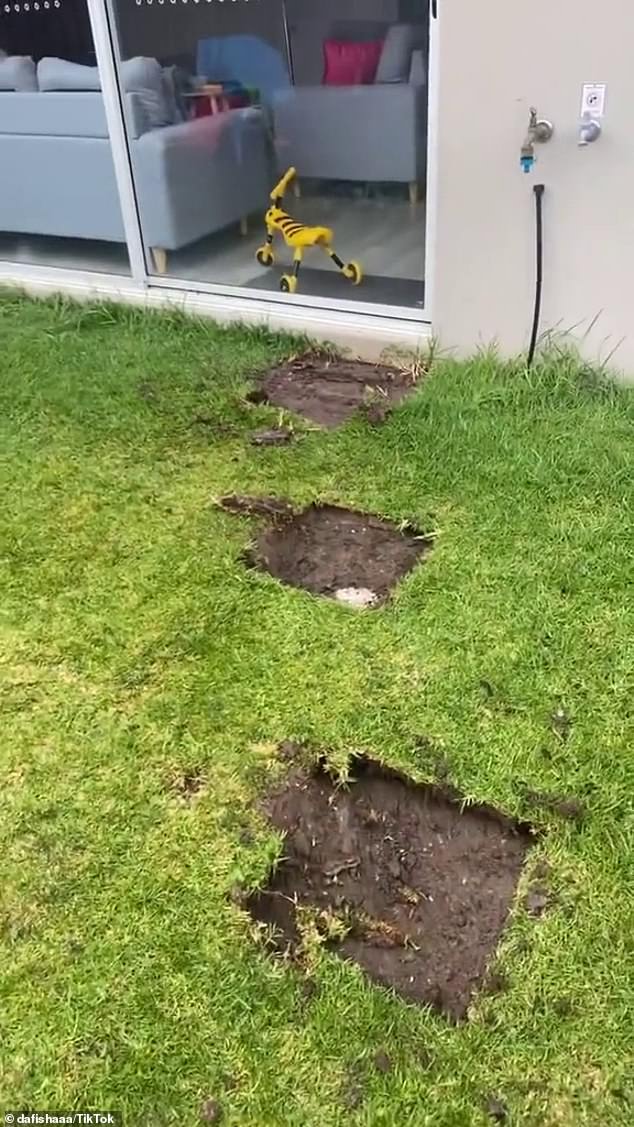 Mr Fisher decided to share the hilarious blunder to TikTok with the footage now amassing more than 600,000 views.

‘What a way to start the day,’ he says in the video.

‘I get a text to say 37, I wait for the client to come in with the excavator, waited for Tyler, pulled up the pavers, only to find up there’s a 37 all the way down there too.

‘I’ve just gone to a complete strangers house, got them to open up the shed, pulled up their pavers, waited for my boss, just to find out it’s the wrong house. F**k.’

Many commenting praising the tradies and the homeowners for seeing the humour in the situation while others admitted they’d made similar mistakes.

‘I’ve painted the wrong house before, the lady came back pretty stoked because she liked the colour,’ one said.

‘My brother roofed the wrong house once,’ another said.