A tradesman has died aged 36 after contracting a lethal lung disease from working with engineered stone.

Anthony White was diagnosed with silicosis in November 2017 after up to 10 years of exposure to silica dust which is found in the stone used for kitchen benchtops.

He recently told his family he was starting to feel better but suddenly died in the early hours of Saturday after playing pokies at his local pub on the Gold Coast.

Mr White is believed to be the first stonemason to die experts warned about engineered stone last year, calling it ‘the next asbestos.’

Before his death, he said: ‘I’m lucky I don’t have kids who won’t have to see me suffer but my mates do and I really worry for them.’

In September in Queensland, WorkCover received 22 silicosis claims, six of which involved people who had been diagnosed as terminally ill.

One expert said in October that one in three Queensland workers showed symptoms of silicosis, but only a portion knew they could be suffering from the potentially deadly disease.

We need all stonemasons informed of the grave risk of inhaling this dust, and we need more than just the Queensland government committing to these important legal changes,’ Mr White said.

Tahir Ozkul, 46, who was left looking like a ‘snowman’ every day for years while working at a small Melbourne factory, has accelerated silicosis and has to carry oxygen everywhere.

‘I can’t do normal activity like walk, I can’t go somewhere easily, I have to carry all the time my oxygen. The pain, the short breath is very bad, I feel very uncomfortable,’ he told ABC’s 7.30.

He’s one of many across the country suffering from the silent killer, with the Government last month issuing an urgent warning urging workers to be tested.

The progressive and irreversible disease is contracted by breathing in tiny particles of silica dust that settle in the lungs. 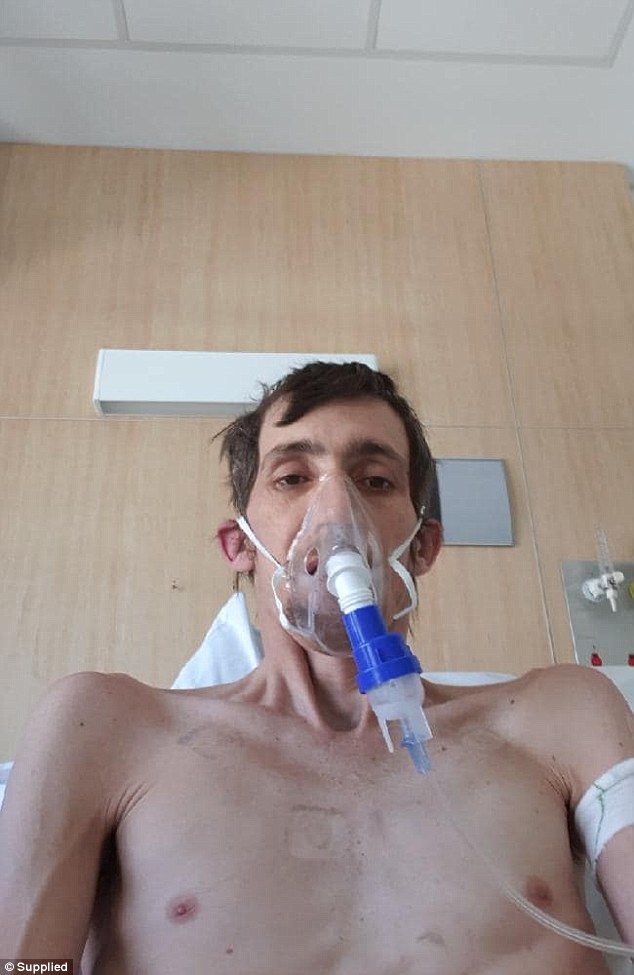 Mr White (pictured), 36, said he was grateful he didn’t have children because he would hate to put them through the stress of watching his condition decline 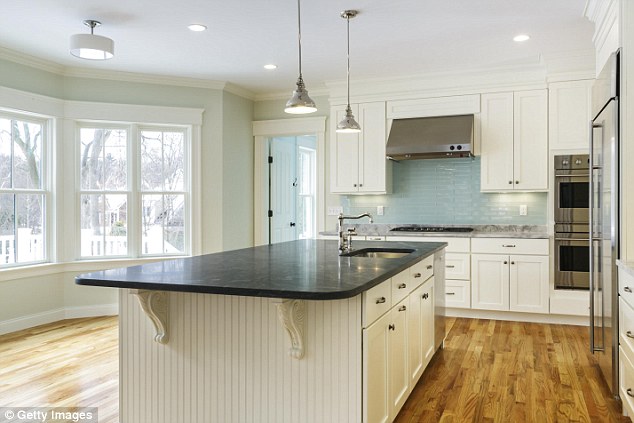 Engineered stone is becoming more common as a substitute for marble benchtops, but is made of around 90 per cent crystalline silica – a major cause of silicosis (stock image of engineered stone on a kitchen unit)

He said the situation was a public emergency because Australia’s system could only accommodate about 200 lung transplants a year.

Dr Edwards said a continuing rise of silicosis would add an extra 130 patients lining up for lung transplants in the next three to five years.

The biggest concern for doctors was the likelihood many workmen were completely unaware they were living with the disease, according to Melbourne-based respiratory physician Dr Ryan Hoy.

‘I’ve seen more and more patients, about eight patients in the last 12 months. This is the largest occupational lung crisis we’ve seen since the peak of asbestos use in the 1960s and the 1970s,’ Dr Hoy said.

Engineered stone is becoming more common as a substitute for marble benchtops, but is made of around 90 per cent crystalline silica – a major cause of silicosis.

Silicosis is the scarring of the lung tissue which leads to a shortness of breath due to a buildup of silica dust in the air sacs.

It is commonly caused from exposure to respirable crystalline silica over many years, but extremely high short-term exposures can cause it to develop rapidly

Exposure to respirable crystalline silica can lead to a range of respiratory diseases, including silicosis, chronic obstructive pulmonary disease and lung cancer