The grieving widow of a worker who died after a pipe exploded at a construction site in Sydney has revealed he was a kind-hearted Kiwi and keen All Blacks fan.

Michael Murphy, 49, died of severe head and facial injuries after a high-pressure water pipe burst at the construction site for the IMAX Theatre redevelopment in Sydney’s Darling Harbour on Friday.

His wife of 10 years, Phim Kwan, has told of the devastating moment on Saturday morning when staff at St Vincent’s Hospital told her of her husband’s death.

Michael ‘Murf’ Murphy with his wife of 10 years, Phim Kwan. Ms Kwan has told of the devastating moment when St Vincent’s Hospital asked if she wanted to see her husband

Ms Kwan said the doctors asked if she wanted to see him, then told her not to look at her husband’s face, which was covered.

‘I just touched his hand,’ she told the Otago Daily Times.

Ms Kwan told of how her husband, originally from Auckland, New Zealand, was a kind man who loved the All Blacks rugby team.

He was known to his friends as ‘Murf’, and had a top sense of humour – ‘really funny’, she said.

‘He was really good to me,’ she said.

Mr Murphy’s Facebook photos show how much he loved the All Blacks, enjoying a quiet pint at the pub with friends, and travelling with his wife.

Mr Murphy had lived in Australia for most of his life, most recently in Rose Bay, Sydney. 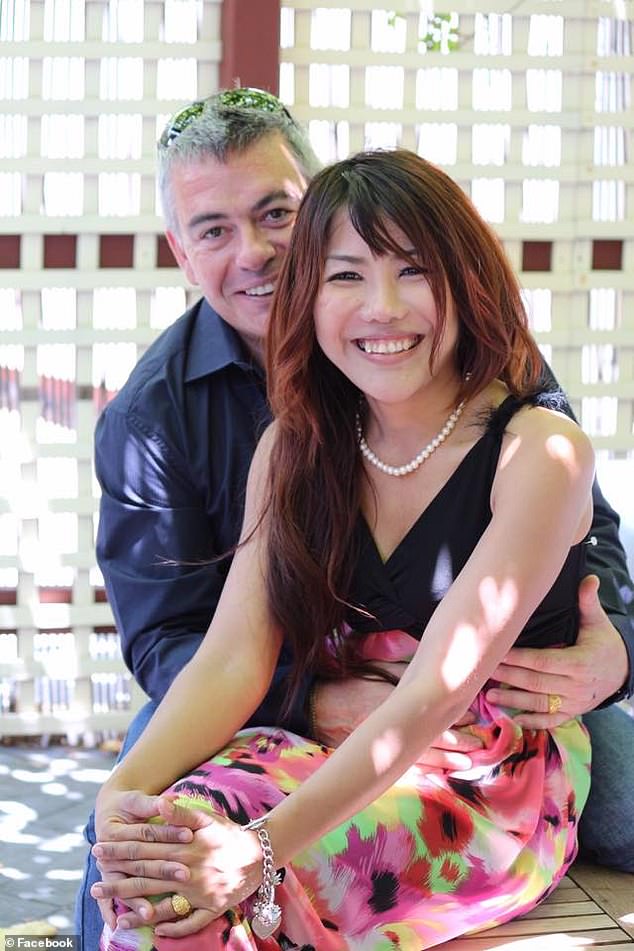 Murf met his wife while on holiday in Thailand. ‘He was really good to me,’ she said on Saturday

He met his wife while on holiday in Thailand.

Ms Kwan said the big-hearted tradesman still had family in New Zealand where his  father and sister live.

Another sister was living in Melbourne, she said.

No decision has yet been made on Mr Murphy’s funeral and final resting place, with an uncle flying in from New Zealand today.

NSW Police established a crime scene at the construction site where the pipe exploded on Friday and are to prepare a report for the coroner. 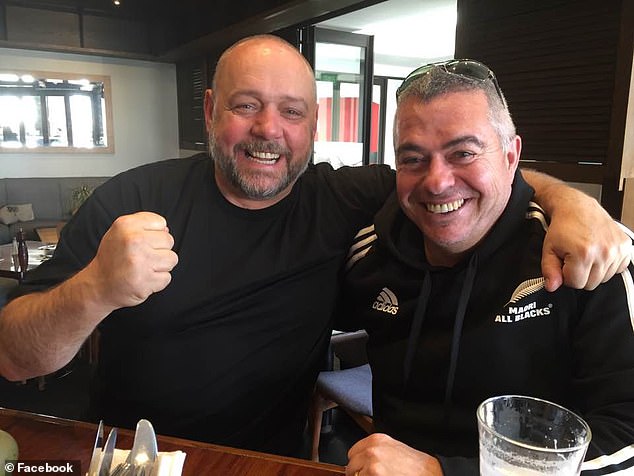 Murf still has plenty of family and friends in New Zealand, and no decision has yet been made on his funeral and final resting place 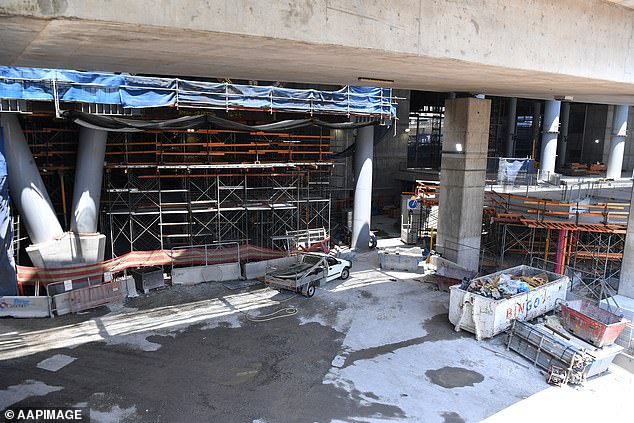 The IMAX Theatre development site at Sydney’s Darling Harbour where Mr Murphy, 49, was critically injured by a suspected exploding water pipe. He later died in hospital

Safework NSW was also notified after the explosion at the site of the old IMAX Theatre which was torn down in 2016 as part of a $700 million redevelopment called The Ribbon.

In a statement on Friday, Grocon shared their ‘deepest sympathies’ to Mr Murphy’s family and friends.

‘Workers on The Ribbon site have been provided with access to counselling services,’ a Grocon spokesperson told Daily Mail Australia on Friday. 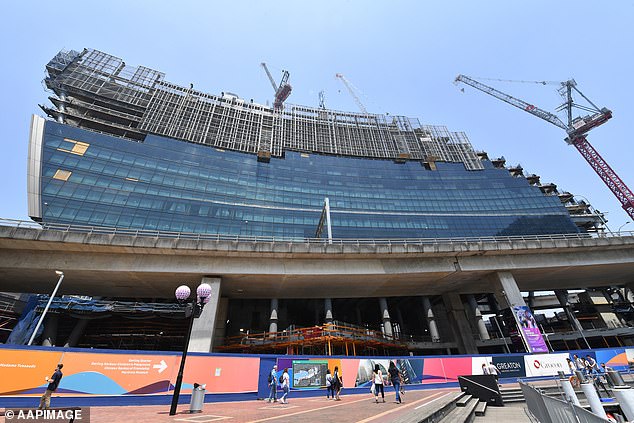