‘This is a DAILY thing’: Aussie tradie reveals the brutal punishments dished out to workers who are late to the construction site

By Eliza Mcphee and Shive Prema For Daily Mail Australia

An Australian tradesman has lifted the lid on the brutal punishments handed out to workers who turn up late at his construction site.

The Canberra man shared a series of videos to TikTok showing late workers being whacked with poles, tackled and even sprayed with fire extinguishers.

In one video a group of tardy tradesmen are seen coming up on the site’s elevator only to be met with 15 screaming men armed with metal poles.

The group have a moment to react before they’re forced to run the gauntlet.

‘This was a daily thing and it hurts,’ the man wrote. 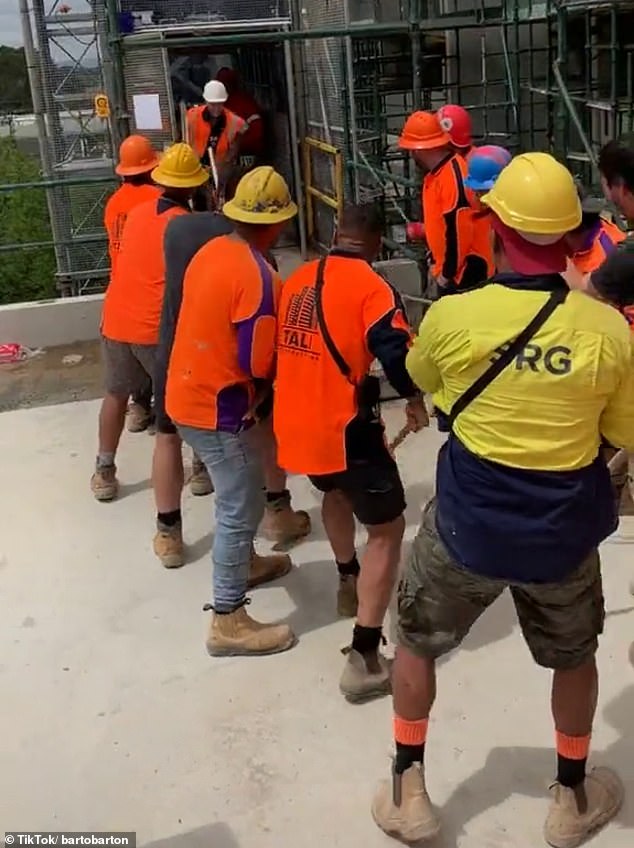 In another clip, one worker is seen desperately running through a group of tradesmen while being belted with sandbags.

A third clip shows a late worker being crash-tackled to the ground before being covered in a cloud of fire retardant from an extinguisher.

The surrounding workers are seen banging poles, clapping and laughing as their late colleagues suffer.

‘That’s the type or place you want to work at with people like that,’ someone commented. 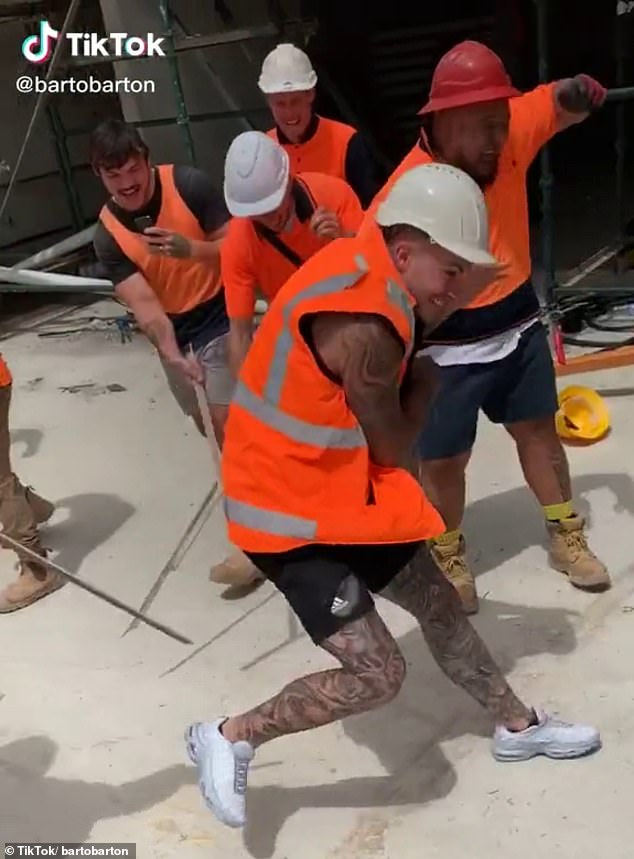 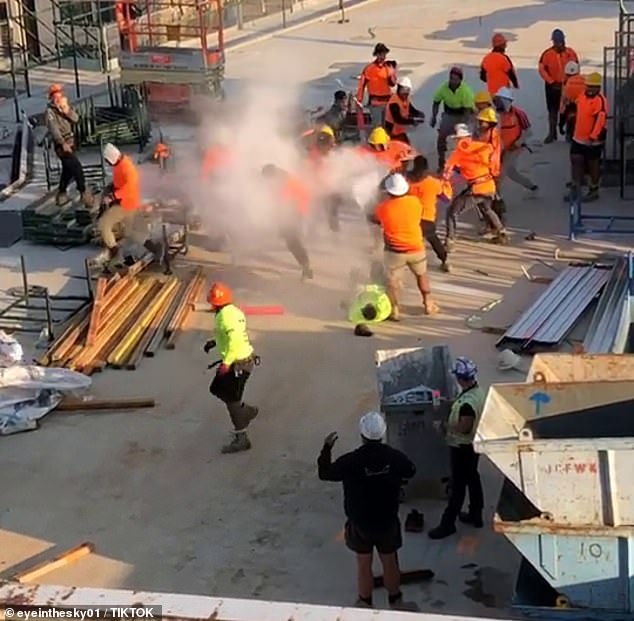 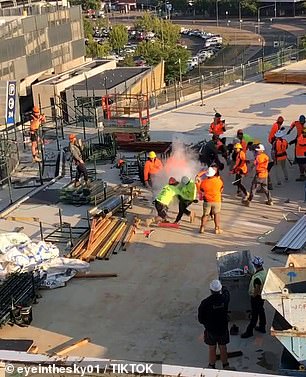 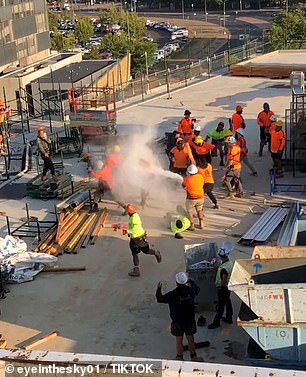 ‘If I had done this on my site people would be having a sook,’ said another.

‘Running the gauntlet’ was originally a military punishment where the victim was forced to run between two rows of men who would strike at him as he passed.

The punishment is also used as a rite of passage or ‘hazing’ for uninitiated members of a certain groups, such as university colleges. 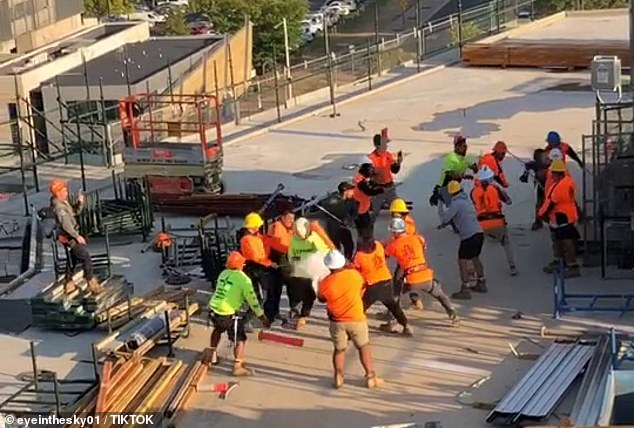 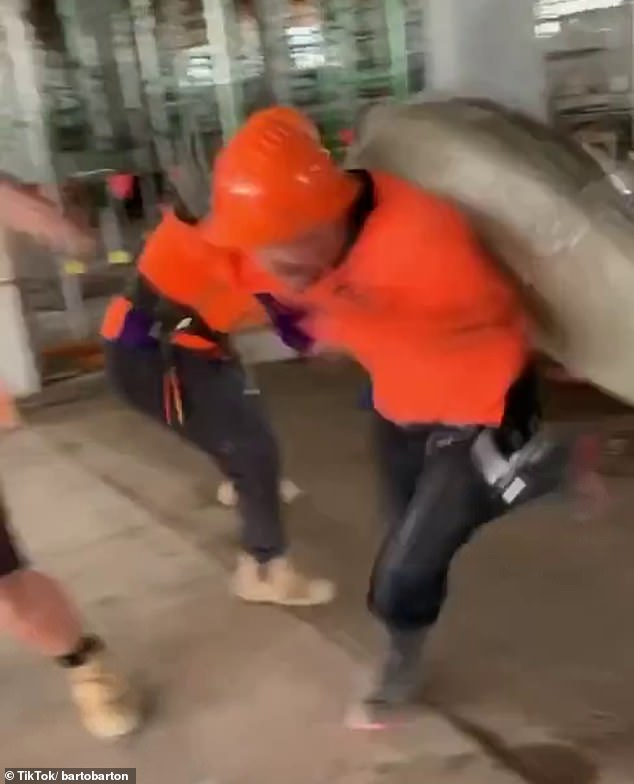