Traffic expert says he can solve traffic jams, as Australians revealed to spend 156 hours in traffic

As any driver will tell you, there’s nothing worse than being stuck in a traffic jam. But one roads expert thinks he may have a solution that could end them for good.

Japanese Professor Katsuhiro Nishinari, who studies the mathematics of traffic jams, a discipline he calls ‘jamology’, says one counter-intuitive rule could wipe out traffic jams for good.

The average Sydney driver spends 156 hours stuck in traffic every year, but traffic would move faster if people slowed down, Mr Nishinari, who is in Melbourne for a Transport and Tourism Summit, said.

The average Sydney driver spends 156 hours in traffic every year 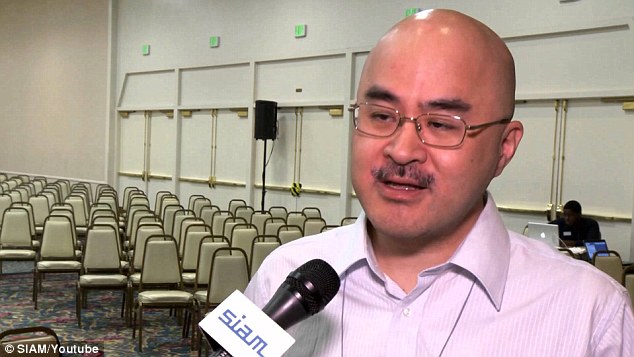 The reason is because ants generally don’t stop moving.

If people allowed just one extra second of distance between cars, the extra six-metre gap between them would remove the need to slam on the brakes, Mr Nishinari said. 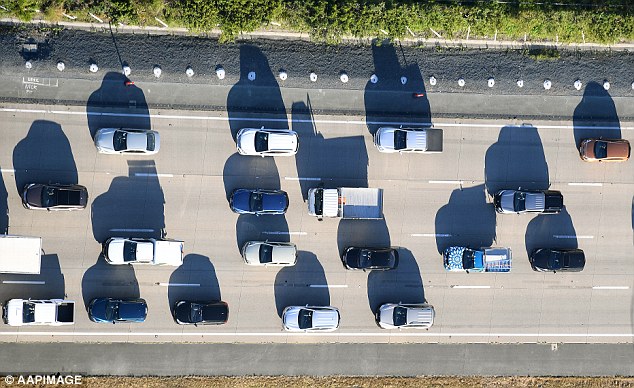 He says if drivers just put an extra one-second gap between themselves and the car in front of them, traffic jams could be eliminated entirely

‘It’s counter intuitive but if we slow down it makes the flow faster. Slower is faster. That’s the jamologist’s big point,’ he said.

He tested his theory on Tokyo’s busiest freeway, asking eight cars to slow down and maintain the same headway along the Shuto Expressway.

With a slower, but consistent speed, a traffic jam didn’t appear for 40 minutes, he said. 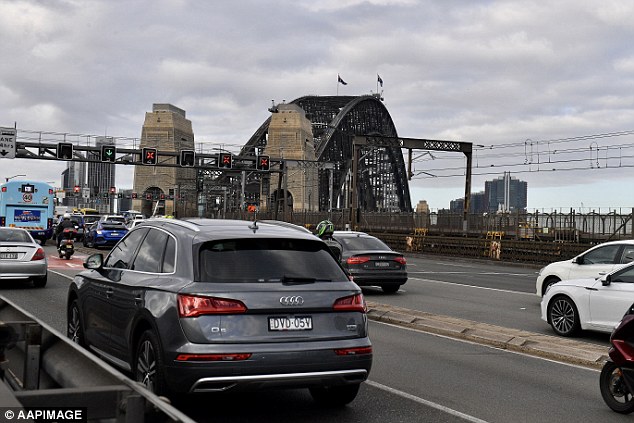 Aussie drivers speed and constantly change lanes when someone in front of them brakes, causing traffic to build up.

A recent survey by the NSW Roads and Maritime Services revealed a majority of drivers think speeding slightly over the limit is acceptable.

Men justify speeding because they believe they are safe drivers, while women speed because others around them are travelling over the limit.