Traffic on Britain’s roads is now DOUBLE its lowest level

Traffic on Britain’s roads is approaching their pre-coronavirus having slumped by up to 80 per cent during the lockdown according to the AA.

The motoring group said the number of cars on the road is now at a level last seen in the late 1980s or early 1990s.

It is thought that normal traffic levels could resume by July.

Traffic levels on UK’s roads are approaching normal levels according to data supplied by the AA. This image of the M5 in Highbridge, Somerset was taken on June 11 – 50 days after a photograph was taken from the same spot during the full lockdown 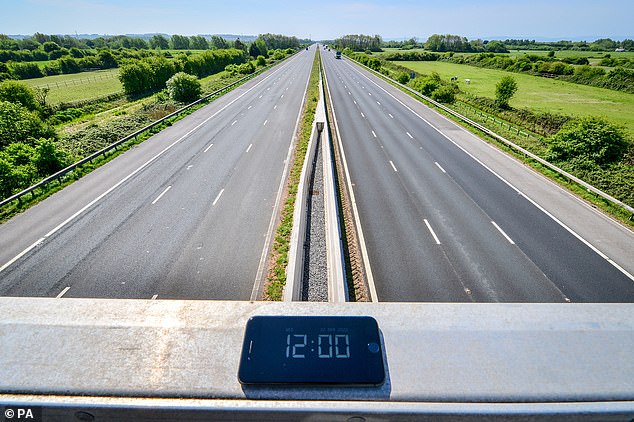 On May 22, a photograph taken at the exact same spot showed considerably less traffic on the road 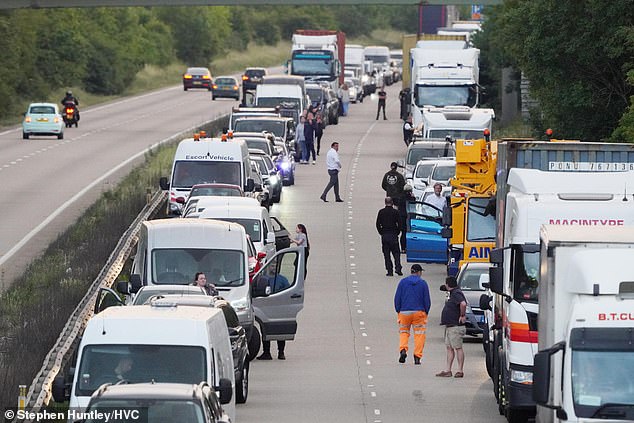 Motorists on the A 12 in Chelmsford, Essex faced significant delays last night due to a crash 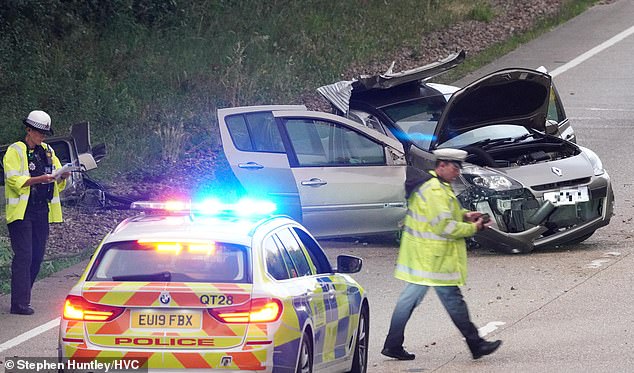 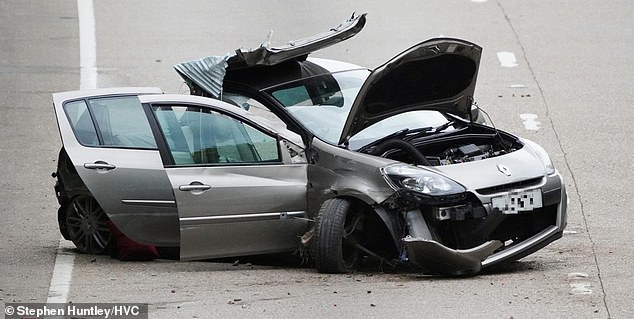 Firefighters cut the roof from the car following the accident outside Chelmsford, Essex 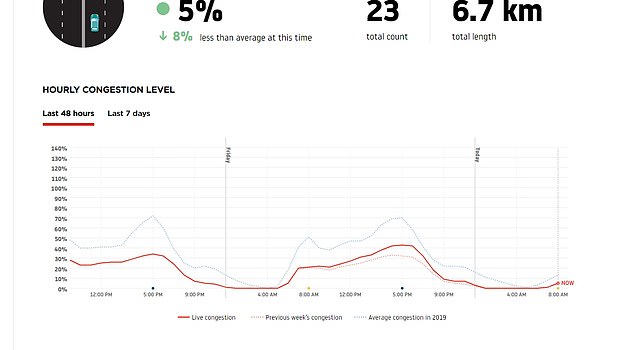 The lack of cars on the road during the lockdown has cost the Treasury more than £2.5bn in fuel duty, new figures have shown.

Provisional statistics published by HM Revenue and Customs show the Government received £4.1 billion in duty on petrol and diesel sales between March and May, compared with £6.6 billion during the same period in 2019.

Prime Minister Boris Johnson placed the country into lockdown on March 23 which dramatically reduced the number of cars on the road.

AA president Edmund King said: ‘These startling figures show that the collapse in car use is costing the Treasury billions.

‘The AA’s tracking of car trips since March 23 showed a fall of up to 80 per cent of trips in the early weeks of lockdown.

‘Even though traffic has increased in recent weeks it is still much lower, particularly in the evenings and weekends, which is also reflected in our breakdown figures. 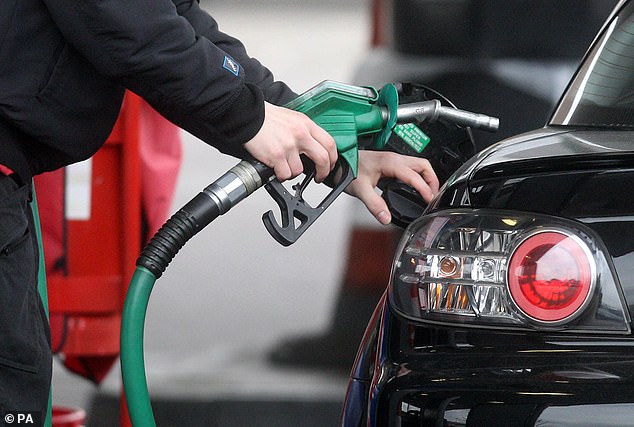 The government has seen the amount of revenue generated by fuel duty slump by more than £2.1bn because millions of motorists parked up for the past three months

‘These new statistics illustrate just how much central and local government rely on tax, parking charges and fines from car owners to support public finances.’ 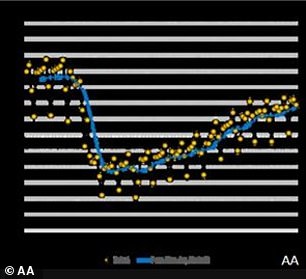 Motorists pay 57.95p in fuel duty for each litre of petrol and diesel they buy.

The amount has been frozen since March 2011.

Friends of the Earth said traffic levels and pollution should not be allowed to return to pre crisis levels.

AA head of roads policy Jack Cousens believes traffic could be back to normal by the end of July.

He told the BBC: ‘The message to avoid public transport is certainly resonating as, week by week, more people have ventured out in their cars.’

He said: ‘As shops re-open, while hairdressers and other up-close occupations prepare to return in early July, traffic could reach pre-lockdown levels by the end of July.’

Mr Cousens said traffic levels at night and the weekends have been far quieter than normal because of the lockdown.

However, Mike Childs, head of science at Friends of the Earth added: ‘Any decline in emissions during enforced lockdown will be for nought if levels ramp back up.

‘By saying that people should get behind the wheel now, the government themselves are contributing to increased pollution from road use.’