A motorbike rider sustained horror injuries after slamming into a steel wire that a ‘scumbag’ had tied across a woodland trail.

Raphael Moss, 28, was riding with a friend along a trail in Eden, in far southern NSW, on Saturday when his dirt bike slammed into two thin metal wires.

He was thrown from his bike suffering such bad injuries that he was rushed to ICU and underwent an immediate operation.

Mr Moss said on social media he went from travelling flat out in fourth gear to a near dead stop and was thankful he was standing up at the time of the crash. 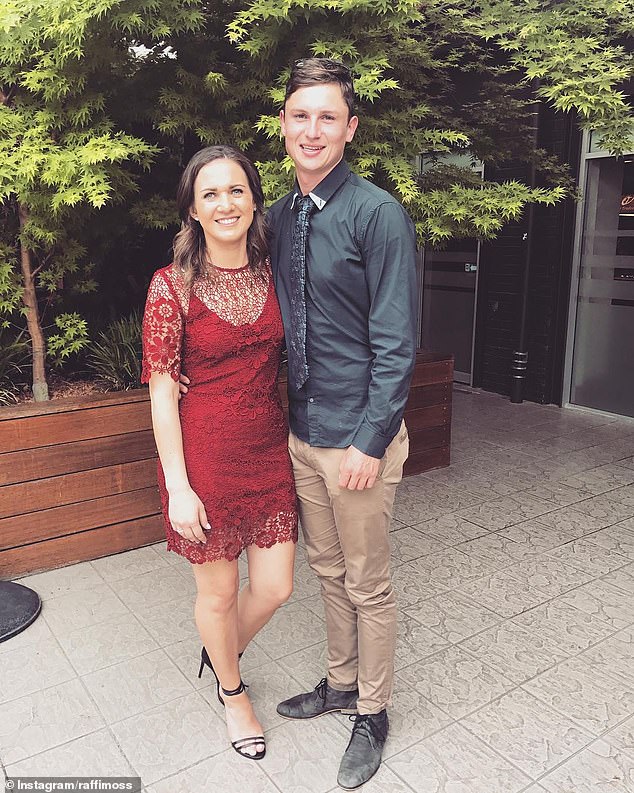 Mr Moss said he went from travelling flat out in fourth gear to a complete dead stop that left him with a few fractures, breaks and bleeding. Pictured: Is Mr Moss with his wife Bonnie

After his fellow riders expressed their support on social media the injured rider thanked his friends and shared his disgust at the seemingly deliberate trap.

‘I nearly lost my life to a wire between two trees on Saturday and I never want to hear of such a thing again,’ he said.

‘I hit this doubled up 10mm stainless steel cable across a straight section of trail pined in 4th gear and it stopped me near dead.’ 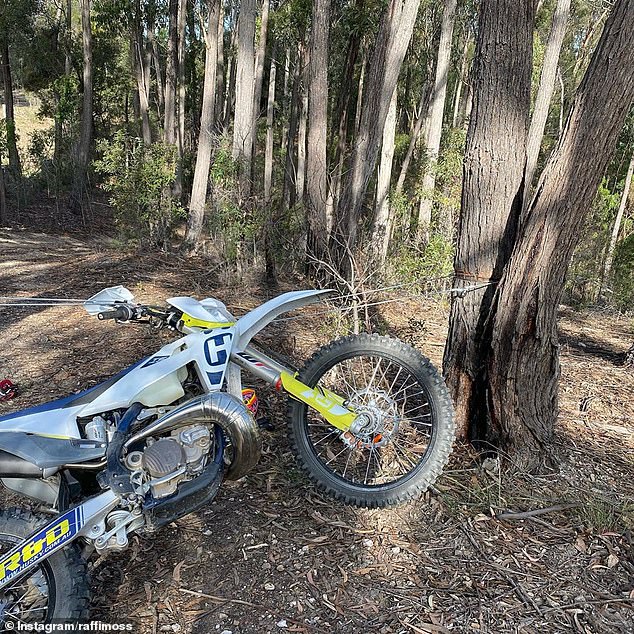 The veteran rider said he only suffered ‘a few fractures, breaks and bleeding’ and insisted that the accident wouldn’t stop him doing what he loved.

Mr Moss said his focus had now shifted to spreading awareness around the crash that could have easily taken his life.

‘My main concern is that this doesn’t happen to someone else… it’s didn’t feel that good,’ he said. 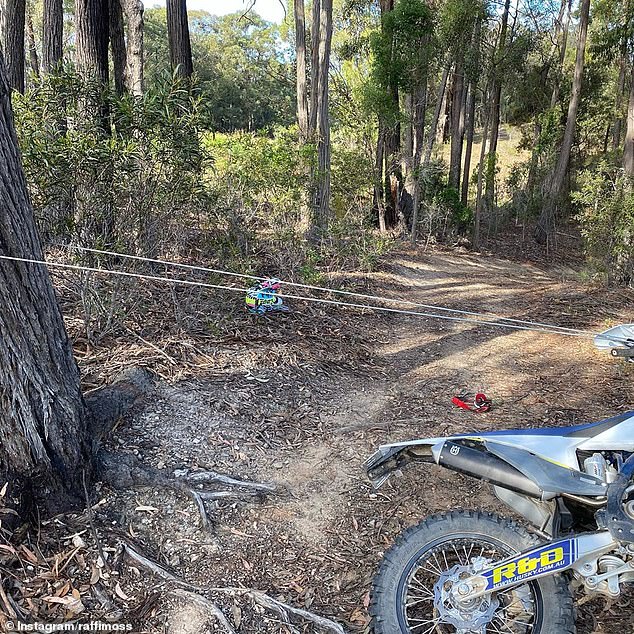 A friend that was riding with Mr Moss at the time of the crash said his friend was lucky to be alive and shared his disgust on social media.

‘One of my best mates is in ICU because some scumbag put a cable across a trail south of Eden,’ he said.

‘I’ve heard of this happening but I never really thought a person would stoop so low to put a cable across a trail! This could’ve taken one of my best mate’s life.’

A spokesperson from NSW Police said officers from the South Coast Police District were aware of the incident and were investigating it.

‘Police have been told the man, aged 28, was riding his motorbike along the trail when he crashed into a cable slung between two trees,’ they said.

‘He suffered three broken ribs and a cut to his arm and was taken to hospital in a serious but stable condition.’