PICTURED: Tragic dad leaves behind devastated wife and four young daughters after fatal crash while taking his new motorbike for a spin

A father-of-four has been killed in a horror crash after taking his brand new motorbike for a spin.

Brian Carter, from North Arm, in Queensland, was heading south on the Nambour Connection Road at Parklands on Friday when he collided with a black Toyota at around 11.30am.

The car allegedly pulled out into his path sending the dad flying.  A nurse was the first on the scene but Mr Carter could not be saved.

Brian Carter (right) with wife Alana (left). The Carter family is devastated by the loss of Brian

The 37-year-old father-of-four was rushed to Nambour Hospital where he died shortly after.

The driver of the Toyota was also taken to hospital in a serious condition after the horror crash.

Family and friends have since spoken of their love for the cheeky, fun-loving outdoors enthusiast who always put his wife, Alana, and their four daughters first.

Mr Carter’s aunt Heather Hall said she couldn’t speak highly enough of the gentle, caring and loving father who would help anyone who needed a hand.

‘So generous, so kind. We definitely feel this hard, the loss of him,’ she told the Courier Mail.

Mrs Hall said Brian had loved the great outdoors especially fishing and camping and had only recently bought the new blue motorbike that had claimed his life.

He had ridden it at her Mary River property when he took the family up for a holiday just two weeks before the crash. 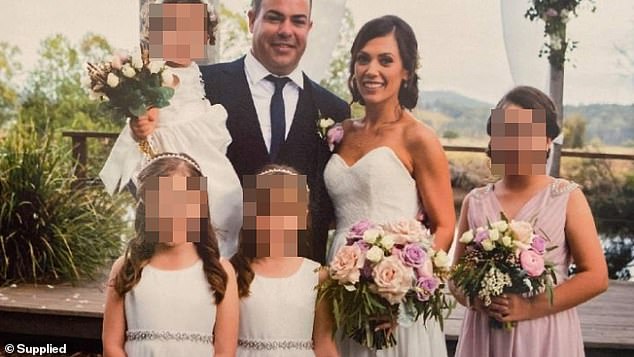 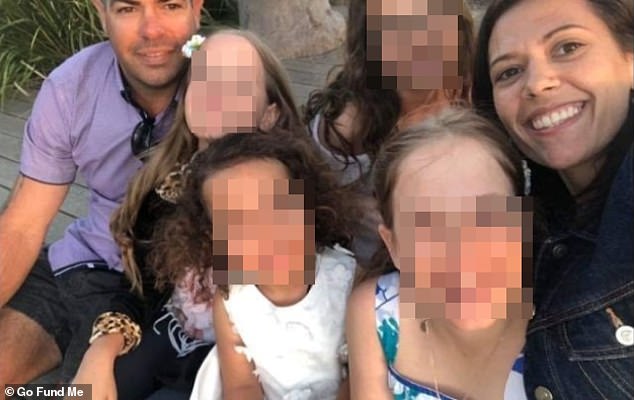 Brian (left) with his wife Alana (right) and their children. Brian was killed in a motorcycle crash

Heather’s husband, Lester Hall, had taught Brian how to work in earthmoving and soon he started his own small business.

Mr Hall would give advice every now and then and was impressed to see his business thrive over 10 years.

Mr Carter’s cousin Eddie Marshall said the Carters were a tight-knit family and he adored all of them.

‘He was always striving to improve himself to be the best husband and father. He was so devoted to the girls and Alana, that really captured our attention,’ Mr Marshall told the Courier Mail. 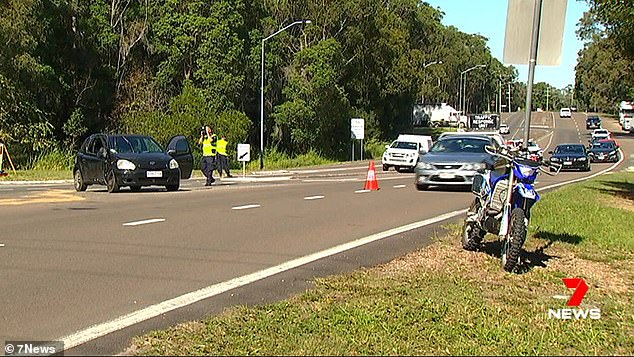 ‘He was always putting himself aside to help others. In many ways he was a rock for others in difficult times,’ he said.

Friend Craig Berndsen who also loved motorbike riding had planned to go with Mr Carter on a riding trip up to Double Island, 30km north of Cairns.

The pair had bonded over their love of riding and it was Mr Berndsen who had tragically sold him the motorcycle.

As soon as Mr Berndsen heard the news, he contacted Mr Carter’s wife Alana to see how he could help, and started a GoFundMe page on Saturday to help the family.

As of Sunday night, friends had donated $9045 to the ‘Financial support for Brian’s wife & children’ fundraiser to help the family with their immediate expenses.

‘I love you bro, always have, always will,’ wrote Cassandra Villano.

‘RIP. Brian – thanks for the memories. You will be forever loved,’ wrote Ness Marty and Chloe Edwards.

Police are appealing for anyone who may have been travelling in the area at the time of the crash or has ash cam vision to come forward by calling 131 444.