Winning the lottery isn’t just seen as the answer to most Australians’ money worries, it’s become a metaphor for the best luck imaginable in life.

But for some who hit the jackpot, their millions became a curse beyond their wildest nightmares, leading to downward spirals, poverty and even death.

And while many do enjoy lifestyles the rest of us can only dream about, research has found 70 per cent of lottery winners end up broke with a third declaring bankruptcy.

Sydney man Bazil Thorne (pictured) won £100,000 in a Sydney Opera House lottery in 1960, the equivalent of $1.7million today. Tragically his son Graeme was kidnapped and murdered 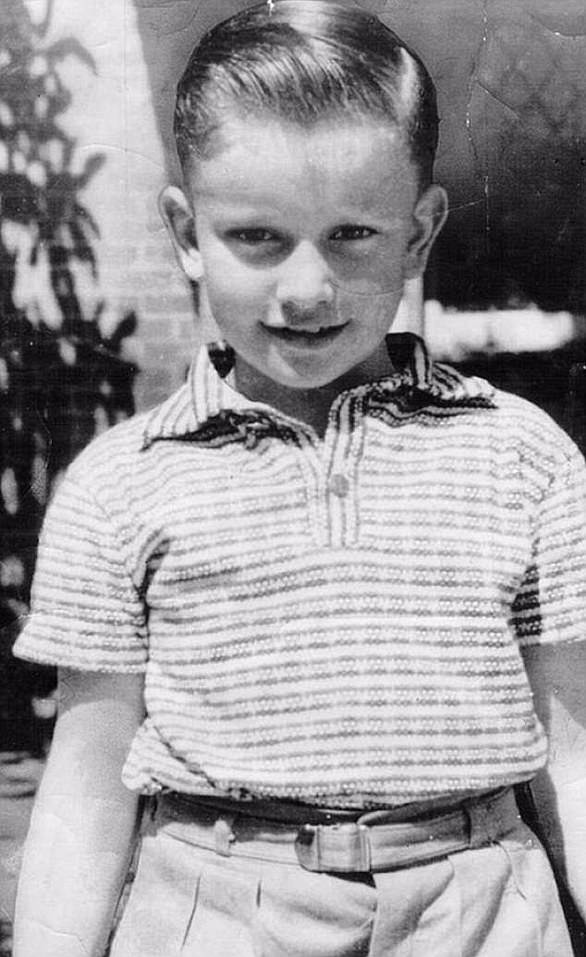 Graeme Thorne was kidnapped for a $43,000 ransom after his father won the lottery. He was murdered the same day

The decline tends to follow a clear pattern. The joy of winning and commitment to be careful and help others gives way as the temptation of the endless amount of money becomes too great to resist.

Usually it’s self-inflicted. Most winners begin to spend so quickly – on everything from drugs, alcohol and sex to poorly-considered investments – that their millions evaporate.

A Perth man, Sherif Girgis, was 23 and working part time at a cinema in 2007 when he scored $30million – at the time the biggest lotto win in Western Australian history.

Mr Girgis made a series of investments under the guidance of real estate agent and City of Joondalup deputy mayor Russell Poliwka.

He bought a pub, a defunct nightclub called Crush, an 80 foot catamaran for $880,000 and a block of land with waterfront views.

The bundle of investments was later found to be overpriced.

Though his ventures began to lose money and by 2012 he had just $5million left. 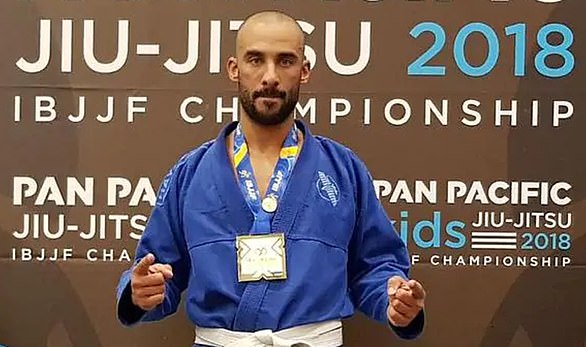 Sherif Girgis, 23, was working part time at a cinema in Perth when he scored the biggest lotto win in Western Australian history in 2007

In 2014 he launched legal action against Poliwka demanding nearly $3.5million. He was awarded $2million. 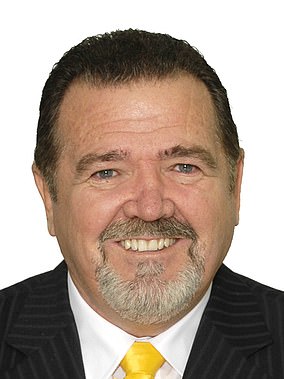 Newly married Kiwi man Trevor Cooper, who worked in a supermarket before winning $27million in 2012, was sadly divorced by 2015.

Mr Cooper, who went from pricing other people’s groceries to entering his new expensive off-road cars for prize money, went as far as buying the South Auckland mansion he was married in.

He quickly bought 12 properties too, mostly with his new wife, Sharie Mitchell – before the marriage crumbled and he fell out with his mother, Shirley.

She told the NZ Herald her son didn’t make a prenuptial agreement with his new wife, Ms Mitchell.

Sometimes the misfortune from a lottery win is caused by the jealousy and greed of family, friends or even strangers.

The saddest such case in Australia, and the one that changed the rules around announcing the identity of lottery winners, concerned the death of eight-year-old Sydney boy Graeme Thorne.

The kidnapper, Stephen Bradley, a Hungarian immigrant and poker machine factory worker, lured Graeme into his car, then tied him up in the boot.

He panicked when he opened the trunk and found the boy unconscious. He bashed him, then wrapped his body in a rug and dumped it in a vacant lot at Seaforth. 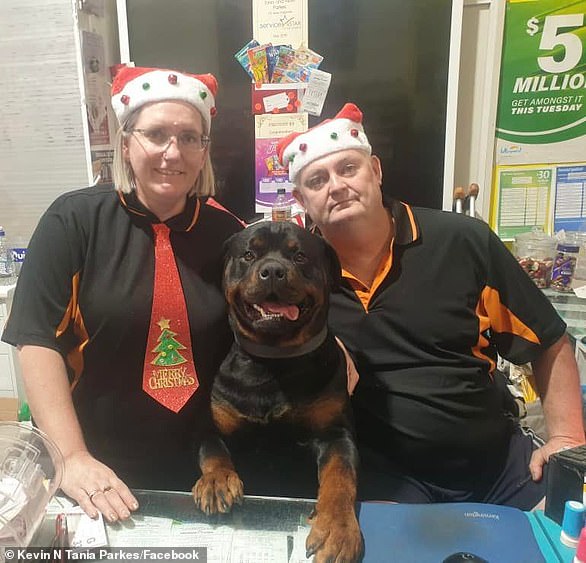 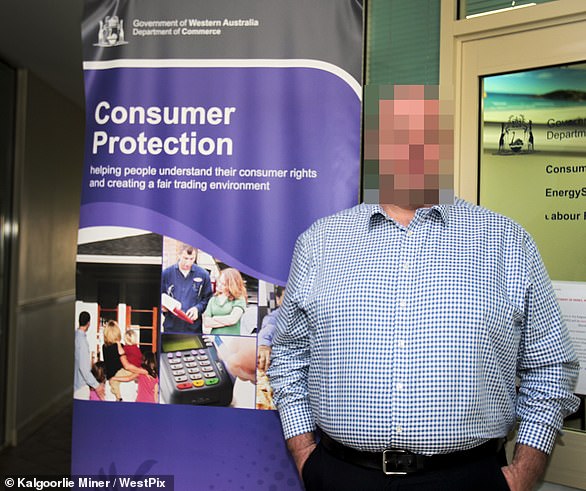 Police would late track down Bradley after finding the rugmaker and identifying one of his dog’s hairs in it.

Police later said Graeme Thorne probably died within 24 hours of being kidnapped, from asphyxiation, a skull fracture, or a combination of both.

Bradley was found guilty and sentenced to life behind bars. He died in Goulburn jail in 1968.

Since the Thorne case, lottery winners in Australia can request anonymity.

But that didn’t help Tamworth’s Maria Devrell, who was killed by a family friend she handpicked to help her manage her $5million OzLotto win in 2011. 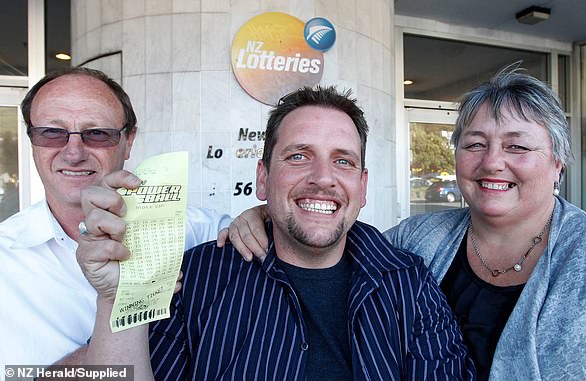 Trevor Cooper (pictured centre), who worked in a supermarket before winning $27million in 2012 was newly married and then divorced by 2015. He didn’t sign a prenup agreement with his wife 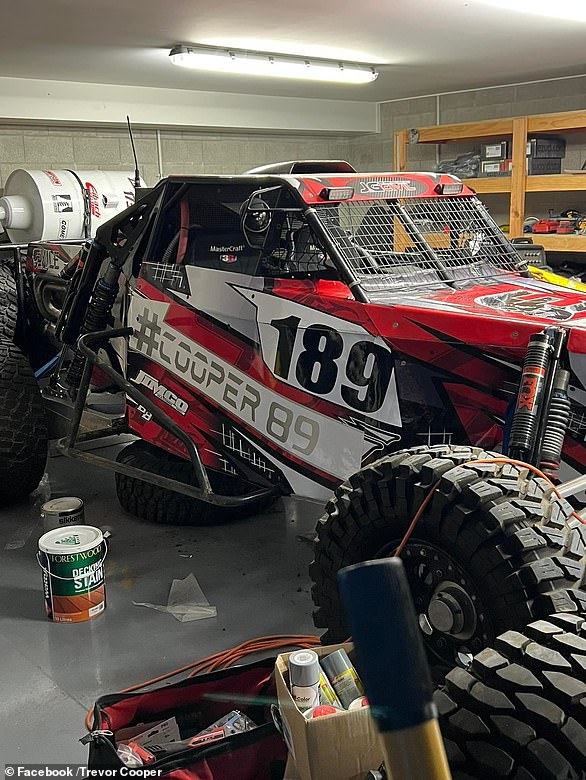 She was killed in an argument with Peter Kelly, a financial advisor and friend to Ms Devrell and her husband, David for 25 years, over failed property investments in Fiji and the NSW Central Coast.

Infuriated by what he believed was her mismanagement of the winnings, Kelly bashed her with a plastic-covered rubber mallet, then strangled her in her home.

He was discovered by police attempting suicide, and found guilty of her murder, then sentenced to 18 years in prison. 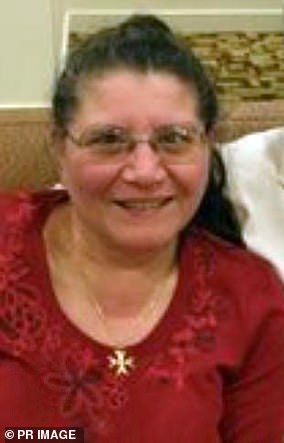 Kelly later told police he was ‘sick’ of hearing Ms Devrell, who had a gambling addiction, ‘complaining and blaming everyone [else] for her problems’.

After killing his friend, Kelly callously spent a weekend away with her husband, who knew nothing of her death.

A Sydney tradie, who wanted to remain anonymous after a $30million Powerball win in 2020, warned the massive win made his life easier but not happier.

After a week of ‘sh***y’ 14-hour shifts on a regional site he had a few beers and checked his ticket only to be blown away by finding he had won the $30million prize.

His experience was that once word got around his family and circle of friends he had plenty of ‘weird’ conversations with people who ‘came out of the woodwork’.

People who had lost contact with him 15 years ago suddenly wanted to be friends again.

At least one relationship soured, with a former friend who he said ‘did not take it well’.

‘If you’re not happy, and you want to win the lottery (to change that) you’re going to be terribly mistaken,’ he told news.com.au.

The most recent public case of a dispute over a lottery win returns to court in Perth in August.

Two newsagents who organised tickets for a huge $63million Powerball syndicate win are disputing one man’s claim to a $262,000 share.

A man known as ‘Mr Ing’ claims he bought a ticket in Tania and Kevin Parkes’ ‘pay off your mortgage’ Powerball syndicate in February 2022.

But they claim to have sold him a ticket in a different syndicate, which was unsuccessful.

The Parkes lodged a dispute to stop Lotterywest from transferring the winnings he claimed.

Disputes over syndicates are not uncommon.

In 2010, the friendship of three Melbourne mates who fluked a $13million Lotto win disintegrated when they couldn’t agree on how to split it.

Eugene Te Pairi, Garry Garlick and Brad Pretty ended up in court, where they blew $1.5million in legal fees, after their original agreement collapsed. 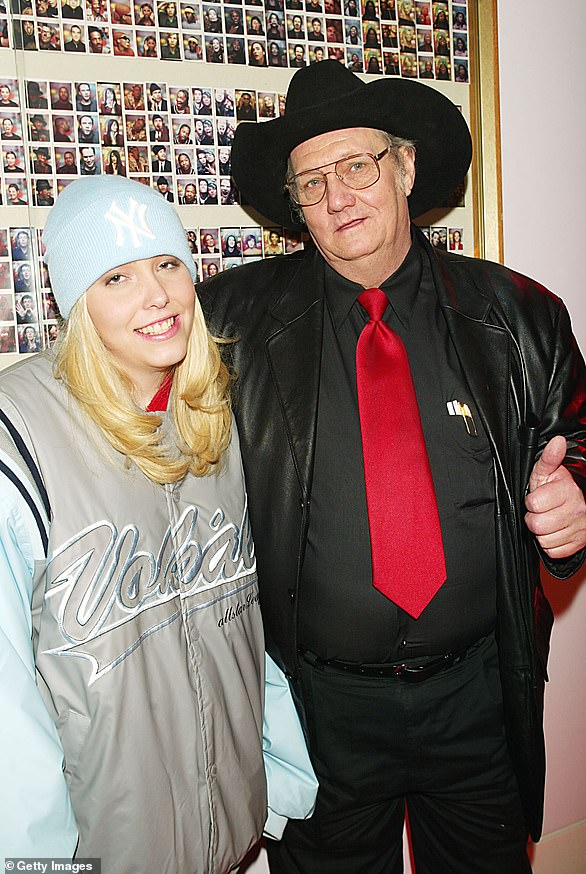 After American Andrew ‘Jack’ Whittaker (pictured right) scored an incredible US$315million on Powerball in 2002 his life descended into one calamity after another. Among his many woes, his grand-daughter Brandi (pictured left) died with drugs in her system

The three pooled $340 for a part at Mr Pretty’s house at Carrum, near Frankston in 2010, from which they slapped $26 on a quick pick ticket.

Mr Te Pairi and Mr Garlick alleged Mr Pretty received the prize but refused to pay them what was agreed.

The trio eventually settled out of court.

Mr Te Pairi and Mr Pretty were friends for 20 years before the win ruined their friendship. 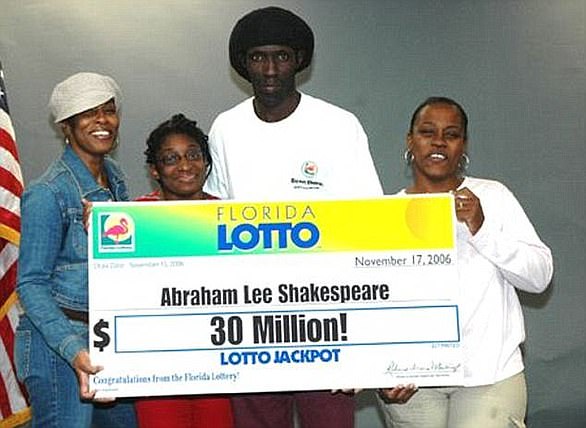 In the US, Florida labourer Abraham Shakespeare (pictured centre) won $30million in 2006 at age 40

Lotto winners in America have also suffered similar fates to those in Australia.

After American Andrew ‘Jack’ Whittaker scored an incredible US$315million on Powerball in 2002 his life descended into one disaster after another.

He pledged over $10million to Christian charities, established a foundation to feed and house low-income families.

But he also bought a Lamborghini and drove through his neighbourhood throwing fistfuls of cash to passersby. 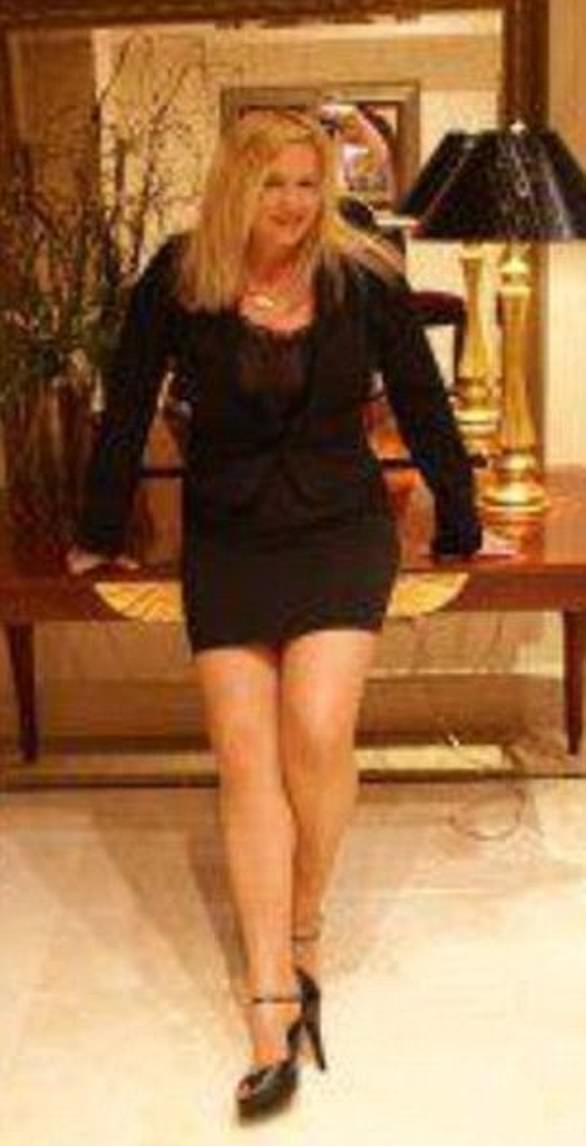 The $700,000 in cash he left in his car was stolen. He turned to gambling and strip clubs and both his daughter and granddaughter died, the latter with a serious drug problem.

In 2016 his house burned down. It was uninsured. He died three years later after a long battle with cancer.

In the US, Florida labourer Abraham Shakespeare won $30million in 2006 at age 40 and was shot dead three years later by a woman who befriended him, Dee Dee Moore.