Tragic last text of marketing consultant murdered on her birthday

A beautiful young woman was found murdered in bed shortly after receiving birthday greetings from her parents and texting them back: ‘Thank you very much. See you soon. Love you all.’

Christina Abbotts, who had missed her own party with friends that night, had been due to celebrate her 29th birthday with her family on Sunday, her heartbroken mother said.

She was discovered lying dead in her flat after after she failed to turn up at her birthday celebrations and concerned friends raised the alarm.

Police rushed to the flat in the Gossops Green area of Crawley in West Sussex and found her body on Friday night.

The IT worker’s tearful mum Pirkko Hanna paid tribute to her as ‘a beautiful daughter’ and ‘my best friend’, saying: ‘My life will never be the same again.’

Christina Abbotts (pictured), who had missed her own party with friends, had been due to celebrate her 29th birthday with her family on Sunday, her heartbroken mother said 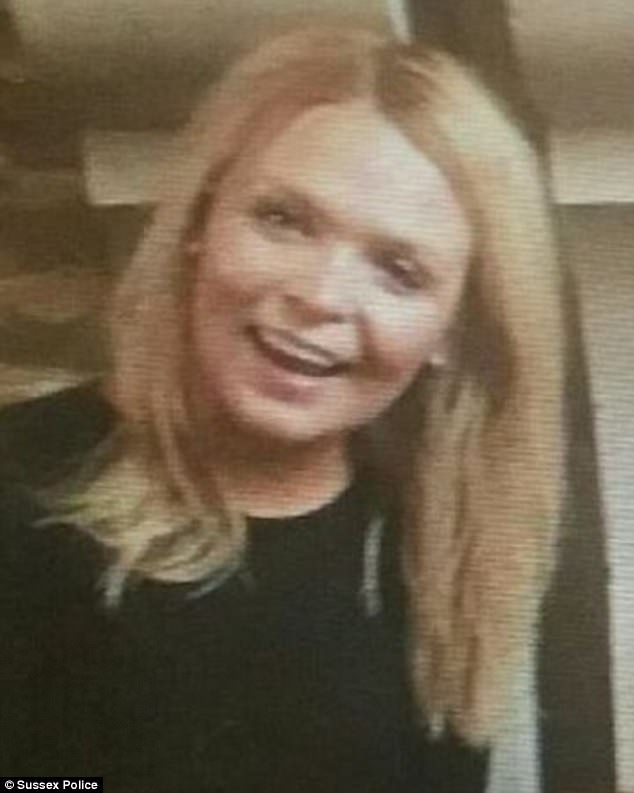 Christina Abbotts, 29, was discovered lying dead in her flat after after she failed to turn up at her own birthday celebrations and concerned friends raised the alarm

The victim’s Finnish mother and dad Michael Abbotts told how Christina had been looking after the flat where she died as a favour for a friend.

Retired BT engineer Mr Abbots, 68, said his daughter’s good deed proved fatal, saying: ‘She was house sitting for a friend who had gone travelling to Thailand and had been there for a few months.’

His daughter had never mentioned the man accused of her murder, who police say knew her.

He said: ‘My daughter was a very beautiful woman who had lots of friends and we never thought any enemies.

‘We are so shocked and saddened by her murder and can’t stop crying. She had many boyfriends in the past but didn’t have one recently.’

Her mum, speaking exclusively to MailOnline at the comfortable detached family home in Stourbridge, West Midlands, sobbed: ‘I just want to ask him why. Why did you do this?

‘It is such a horrible loss. We are broken-hearted and my family in Finland are distraught, they’re a wreck.’ 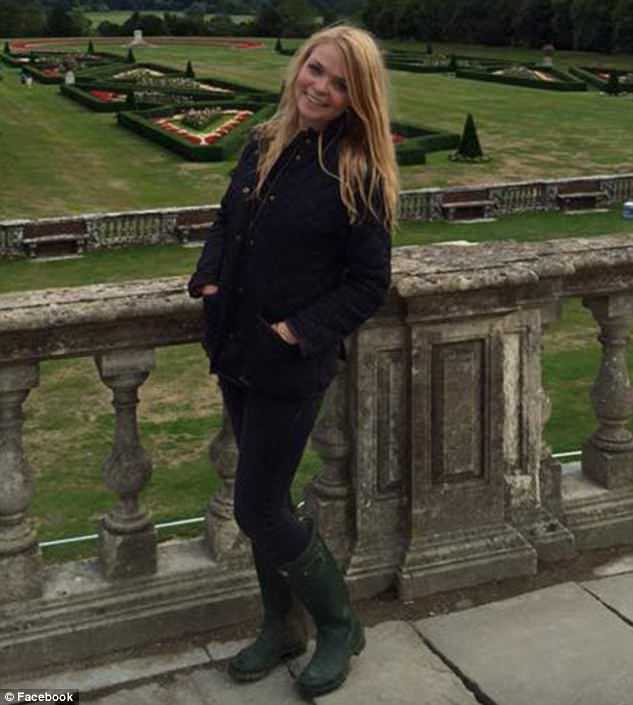 Christina was bludgeoned to death at the flat she had been minding after failing to meet pals for a birthday night out in London. Her body was discovered in bed.

Her parents identified their daughter on Saturday, with her mother saying: ‘It was a painful thing to do. It hasn’t really sunk in.’

Christina, who was well travelled, had been due to have a special birthday lunch with her parents and brother Stephen at their home on Sunday.

Pirkko said: ‘Early Friday morning at 00.03 we we texted her ‘Happy birthday’ and she messaged back on WhatsApp at 00.25am saying: ‘Thank you very much. See you soon. Love you all.’

Her dad said: ‘She was a very loving daughter. I’ve just lost three brothers, two to cancer and one to a heart attack and now my daughter has been brutally murdered. We’re devastated.

‘Police are trying to be helpful but don’t tell you much. We know the cause of death was a head injury but do not know if they’ve found the weapon or why the suspect was in her flat. There wasn’t any break in.’

He added: ‘She was an independent and streetwise young woman. She lived the bright light of London and enjoyed living there.

‘She was always moving to new places and we couldn’t keep up. We’d never visited the flat near the airport she was looking after.’

Her family said: ‘Christina, our sweet loving daughter and best friend, educated at Cirencester and Oxford, will be sorely missed. This independent lady, a much travelled person was taken from us far too early’

Her mum said she enjoyed fashion and travelling, saying: ‘She’d been all over, to Dubai and Europe and Lapland. She worked in IT but wanted to be an estate agent.’

They last saw Christina at their home in April.

In a statement issued through West Sussex Police, the family said the ‘light in our life’ is now ‘extinguished’.

‘Christina, our sweet loving daughter and best friend, educated at Cirencester and Oxford, will be sorely missed.

‘This independent lady, a much travelled person was taken from us far too early.

‘Her friends in London and parts of the UK will also be grieving.

‘The light in our life is now extinguished. Love forever from our family.’

Ms Abbotts’ brother said tonight: ‘Instead of celebrating with her we’re organising a massive funeral for her.’

Mr Abbotts, 33, from Stourbridge, West Midlands, said: ‘I want justice for my sister. We were so close and I cannot stop crying every day and night.

‘I will never see my sister again but her killer will have a life and will walk free from jail after 25 years. He deserves the death penalty.’

He slammed police for failing to give the family information about the killing, saying: ‘They haven’t disclosed anything to us apart form the fact she’s dead and they arrested a man.

‘We’re victims too and we want answers.’ 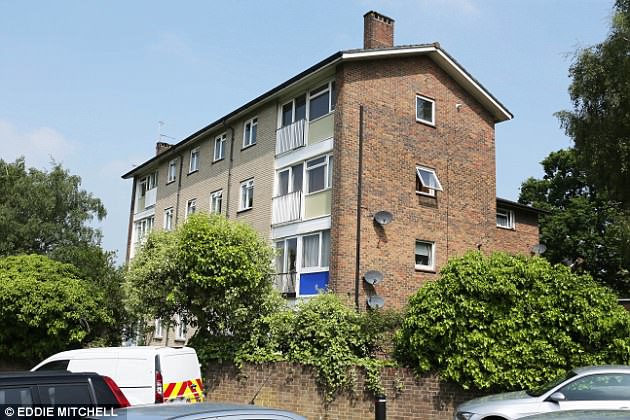 Dressed in grey jogging bottoms and top he spoke only to confirm his name, date of birth and his address.

Neighbours and friends of Naseem have spoken of their shock at his arrest.

The marketing specialist lives with his long-term partner Helen in a £600,000 semi detached house in a private road a short distance from Amersham town centre in Buckinghamshire.

One neighbour said: ‘I am really just too shocked to say anything about him. He is our neighbour and a lovely man.’

Another said: ‘I just can’t believe it. He is not that sort of person to be mixed up in anything like murder. Are they sure they have got the right person?

‘He is such a lovely man and always very friendly and says hello when you meet in the road. This just does not seem right.’

Naseem has lived in the private road, set in a conservation area in the Buckinghamshire village, for at least five years. He is not believed to have any children but has been with his partner for several years.

It is understood Miss Abbotts died as a result of head injuries sustained from a ‘blunt’ object. 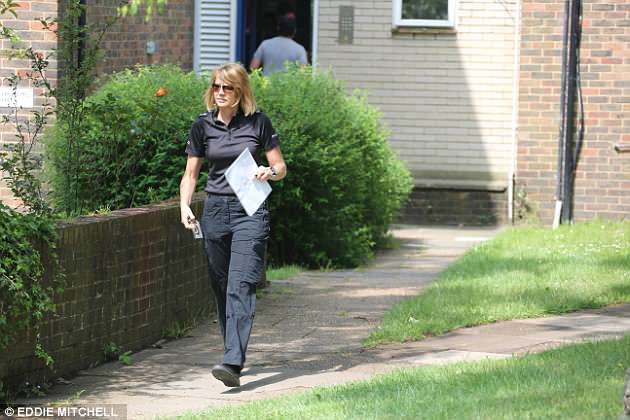 ‘Police were called at 10.30pm on Friday by a woman’s friends concerned that she hadn’t turned up to pre-arranged plans.

Detective Chief Inspector Emma Heater said: ‘We are supporting Christina’s family, who aren’t local to Crawley, at this very distressing time. They have asked for privacy while they start to grieve.

‘We are investigating the circumstances of her death and are keen to hear from anyone who might have seen or heard anything which might help with our investigation.

‘Please speak to us in confidence with any information, however small.’

Anyone with information should contact police quoting Operation Grayhill.