‘I need my boy to pull through this’: Tragic post written by the father of a 14-year-old boy left in a coma after being crushed in horror high-speed car crash with four other teenagers

A devastated father has shared a picture of his son in a coma after a horror car crash in the Gold Coast hinterland.

Bailey Toms, 14, and four others were travelling in a 2000 Holden Commodore when it flipped at high speed in Tamborine Mountain, southeast Queensland.

It is thought the 16-year-old driver lost control of the car, believed to belong to his mother, before it rolled and crashed into bins on Wednesday morning.

Emergency crews took half an hour to cut Bailey and another 14-year-old boy out of the crushed wreckage.

Last night both boys were in a critical condition in the Intensive Care Unit at Queensland Children’s Hospital.

The driver was in Gold Coast University Hospital in an induced coma.

Bailey’s distraught father David Toms posted a heartbreaking picture of his son hooked up to machines, with a bandaged arm.

‘I need my boy to pull through this. He was in a car accident early this morning. He got flown to Brisbane children’s hospital,’ he wrote.

A short time later he wrote: ‘Love you my son. You will pull through this.’

Mr Toms hinted that Bailey may have been in danger of losing his badly damaged arm but said doctors were able to save it.

‘He is out of surgery. He still has still got his arm,’ he wrote on Facebook yesterday.

‘They have got him in a coma. Love you Bailey.’ 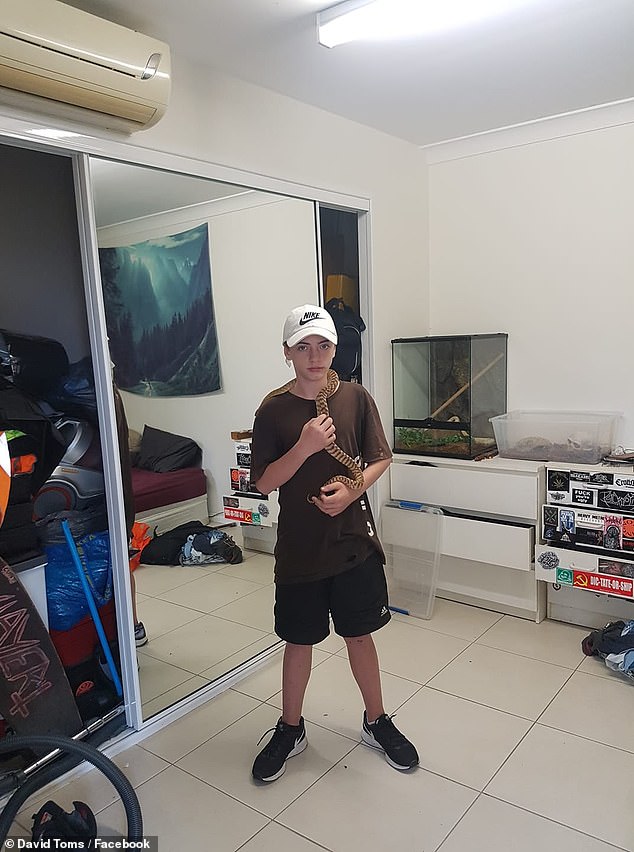 Mr Toms also shared another image of 14-year-old Bailey (pictured) holding a snake, and explained he was currently in the care of Brisbane children’s hospital 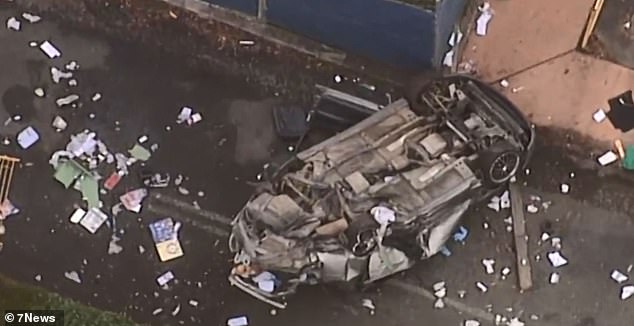 Since Mr Toms shared the two social media posts, many friends have taken to the site to send well wishes to Bailey.

One wrote: ‘Poor young man, you can pull through this Bailey.’

‘I’m so sorry to hear this sending bailey and you all lots of love and wishing him a speedy recovery,’ another added.

A third boy in the back seat suffered minor injuries and the passenger in the front seat sustained a minor shoulder injury, with both taken to Gold Coast University Hospital.

The forensic crash unit is investigating the accident. 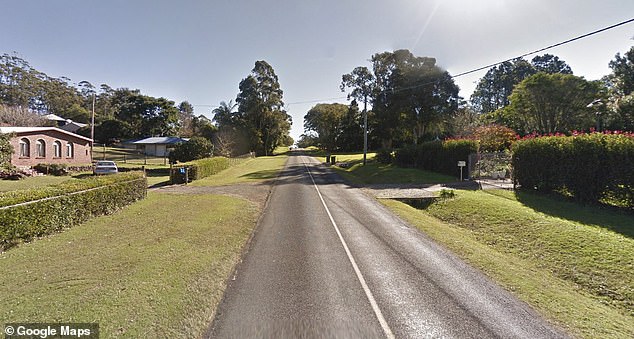 The forensic crash unit is investigating the accident which occurred at 5.40am on Wednesday at Beacon Road, Mount Tamborine (pictured)