All aboard the Trump train! Kim Jong Un waves from his heavily armored locomotive ahead of 48-hour journey from Pyongyang to Vietnam for second summit with US president

By Luke Kenton For Dailymail.com and Bryony Jewell For Mailonline

Kim Jong Un has been seen waving from his heavily armored train ahead of a two-day journey to Vietnam to meet with Donald Trump.

The pair will meet in Hanoi later this week to discuss denuclearization and the lifting of sanctions.

Video from Pynogyang shows the North Korean leader inspecting a guard of honour at the station before waving from the train as people clapped and cheered.

Kim Jong Un waves from an armoured train as it leaves Pyongyang, North Korea and heads for Vietnam to meet with President Donald Trump 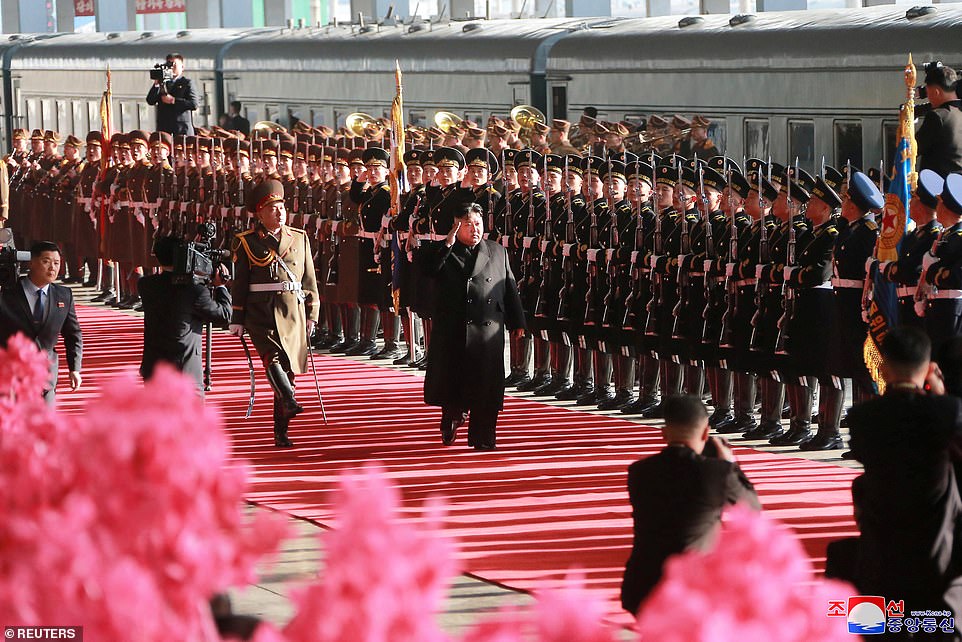 Yesterday an armored train believed to be Mr Kim to his second summit with the American president was spotted entering China.

The green and yellow train bore a strong resemblance to one previously used by his father, Kim Jong Il, as it crossed a bridge into the Chinese border city of Dandong.

Earlier in the day, Russian news agency TASS reported that Kim had departed from Pyongyang on his personal train, with the final destination set as Hanoi, Vietnam.

His overseas travel plans are routinely kept secret by the communist state, and his alleged 2,800 mile train journey could take him more than two days to complete. 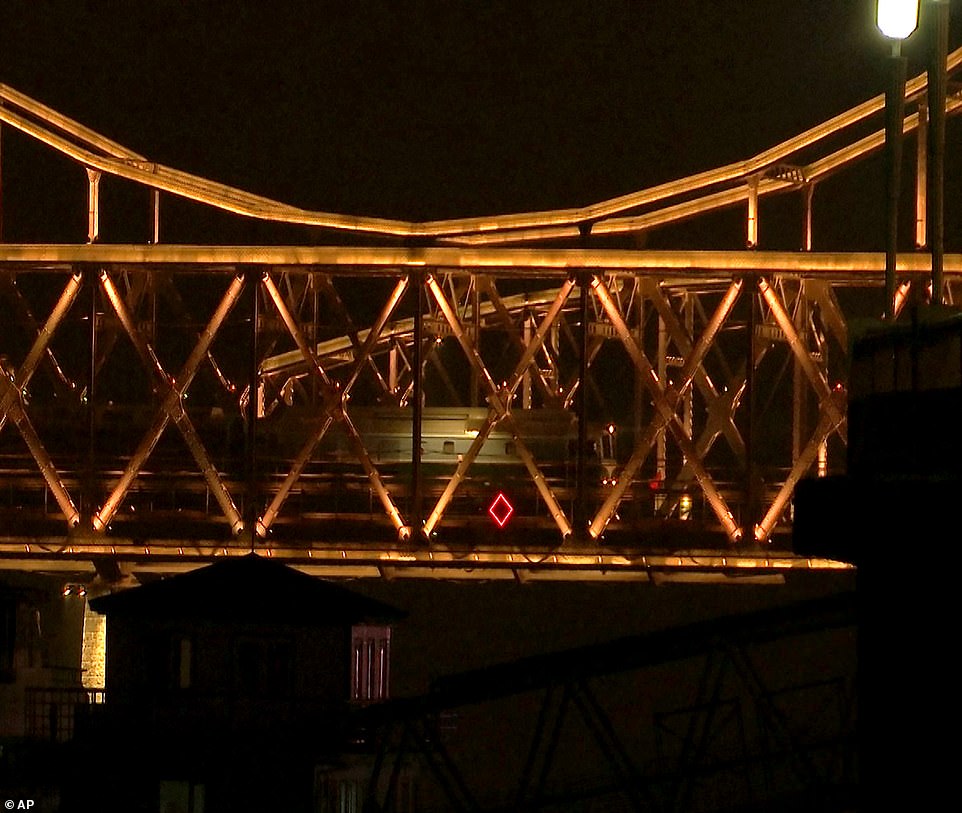 A green and yellow armored trained was spotted crossing a bridge in the bordering city of Dandong, in China, on Saturday evening (above) 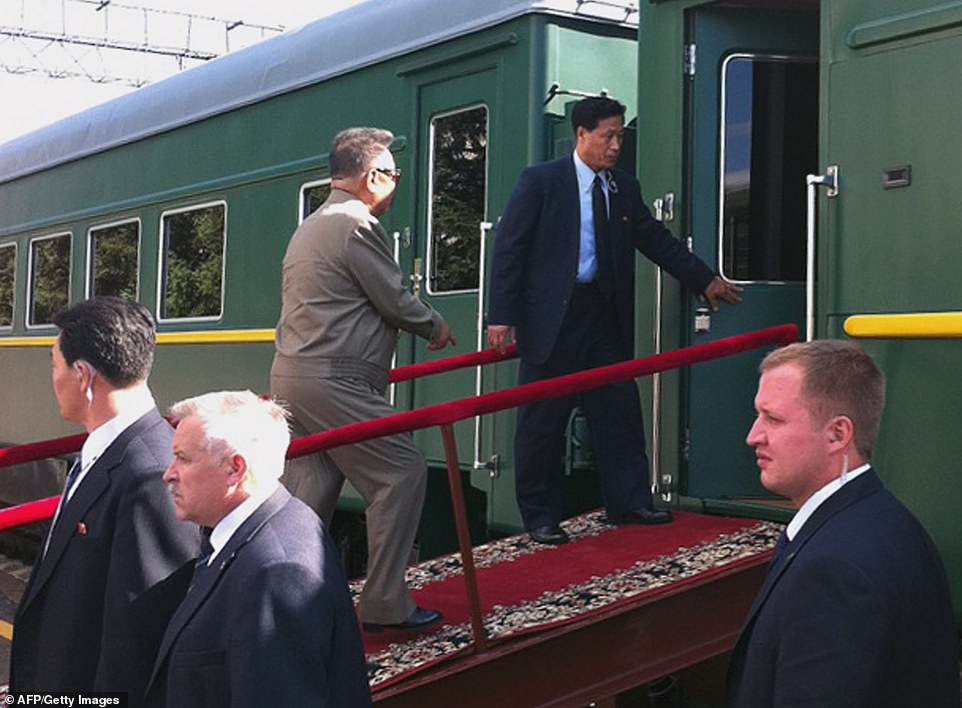 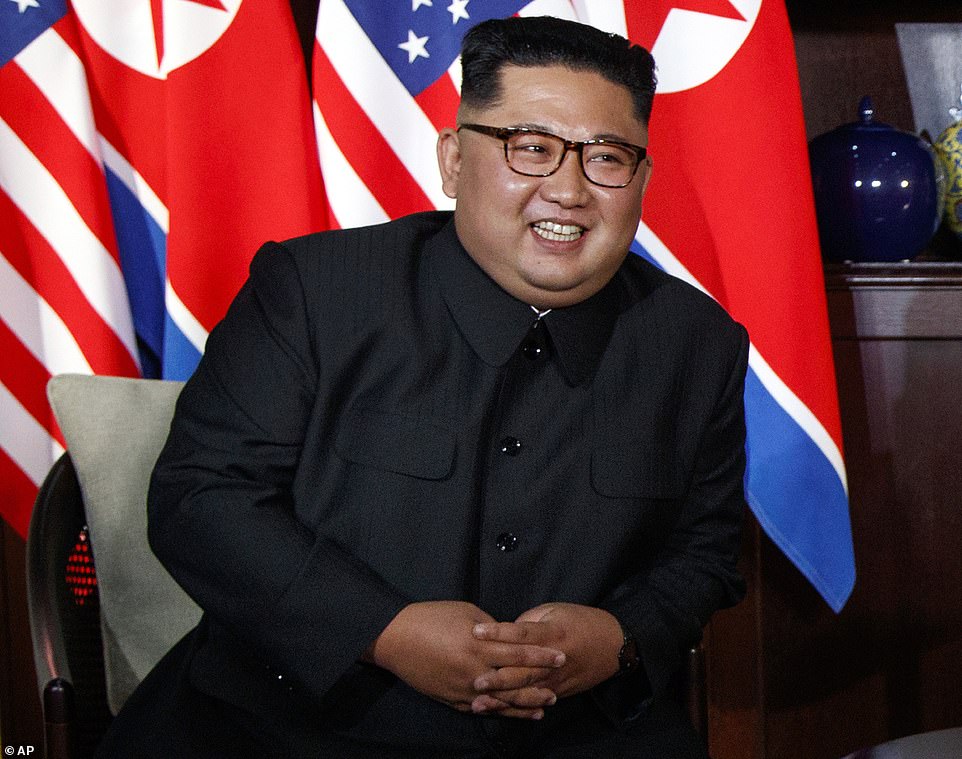 Kim Jong Un’s overseas travel plans are always kept top secret by North Korean officials, but a Russia news agency reported Kim was aboard the train when it departed from Pyongyang this morning

Vietnam’s Foreign Ministry announced on Saturday that Kim would pay an official visit to the country ‘in the coming days’, following an invitation from President Nguyen Phu Trong.

Local Vietnamese and South Korean media reported that a large cohort of North Korean officials went to survey a train station near to where Vietnam borders China, prompting further speculation he was arriving by train.

It has also been alleged that the Kim could still fly to Vietnam, and the heavily-armored train may actually be heading to the Southeast Asian nation empty, in anticipation of his return journey.

Kim Jong Un is slated to meet with President Trump for the second time in Hanoi on Wednesday, and again on Thursday.

Their last meeting in June ended without any substantive agreement, triggering a several month-long impasse between Washington and Pyongyang on how to approach North Korea’s nuclear disarmament, and the lifting of US sanctions on the country. 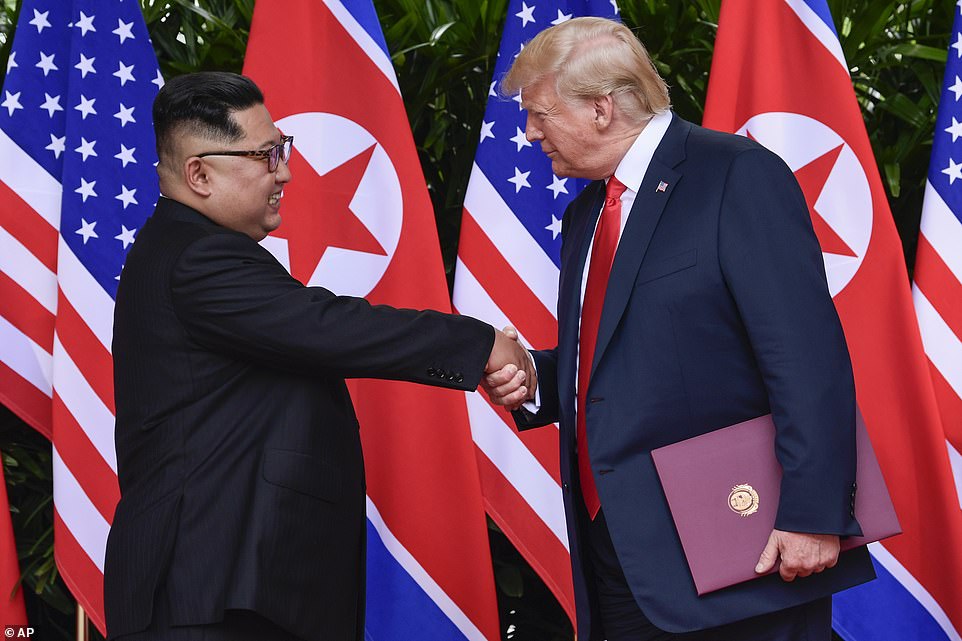 President Trump and Kim will meet on Wednesday and Thursday in Hanoi, Vietnam as they sit down for the second time to discuss nuclear disarmament and the possibility of the US lifting sanctions on North Korea 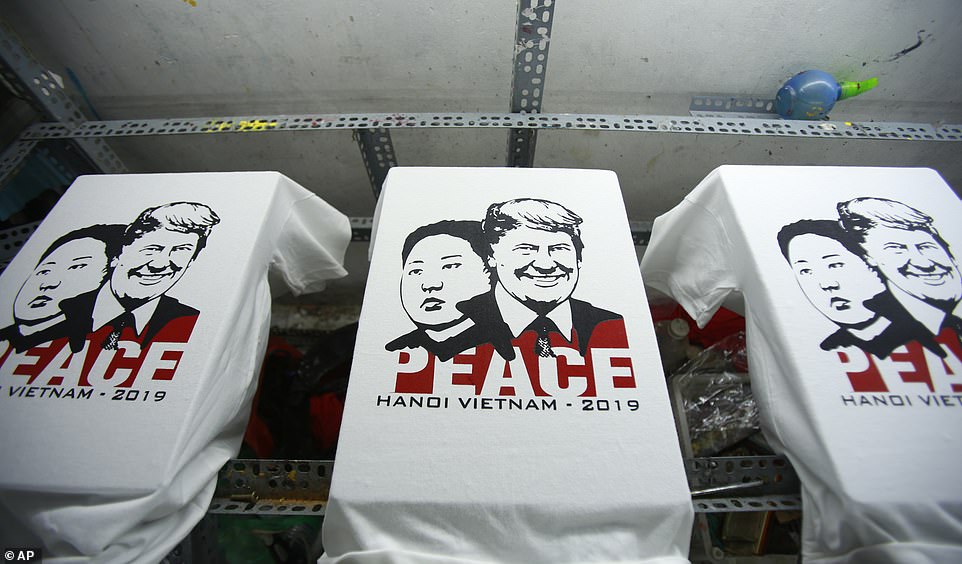 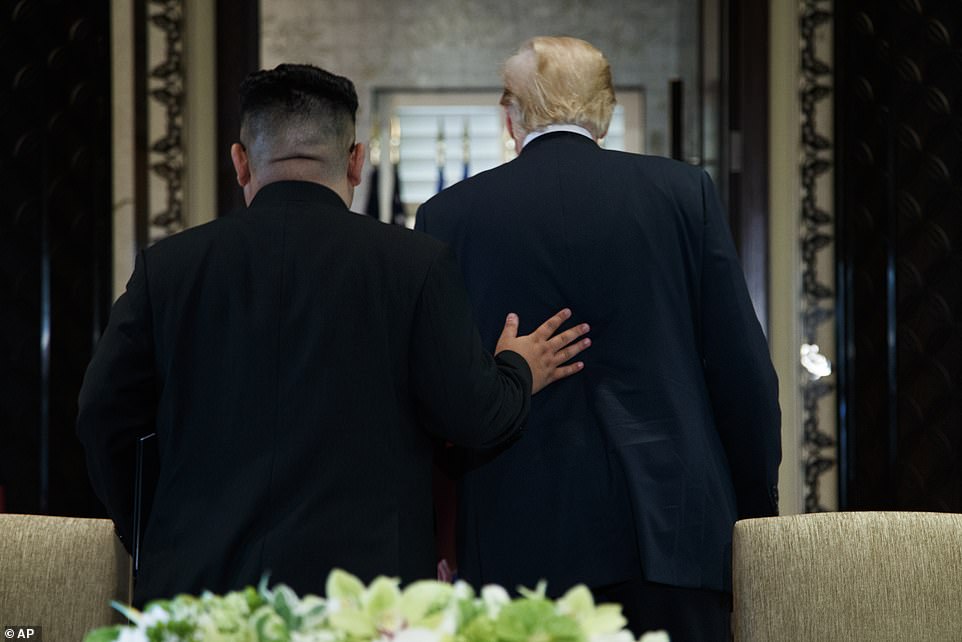 Experts say Kim will seek to minimize any further concessions on his nuclear program, while trying to negotiate the lifting of hefty sanctions

In his upcoming meeting with Trump, experts say Kim will push the US to commit to improved bilateral relations and partial sanctions relief, while attempting to minimize concessions on his nuclear program.

While Kim is using his nuclear facilities and weaponry as leverage for economic and security benefits, doubts continue to persist as to whether he is ready to fully submit the entire program as it may actually be his greatest chance of survival.

In 2018, North Korea suspended its nuclear and long-range missile tests, as well as dismantling a nuclear testing facility – but none of the motions were a seen as profound cutbacks on its nuclear progress.

This led to Washington requesting more concrete steps towards nuclearization from Pyongyang, before any sanction relief could commence. 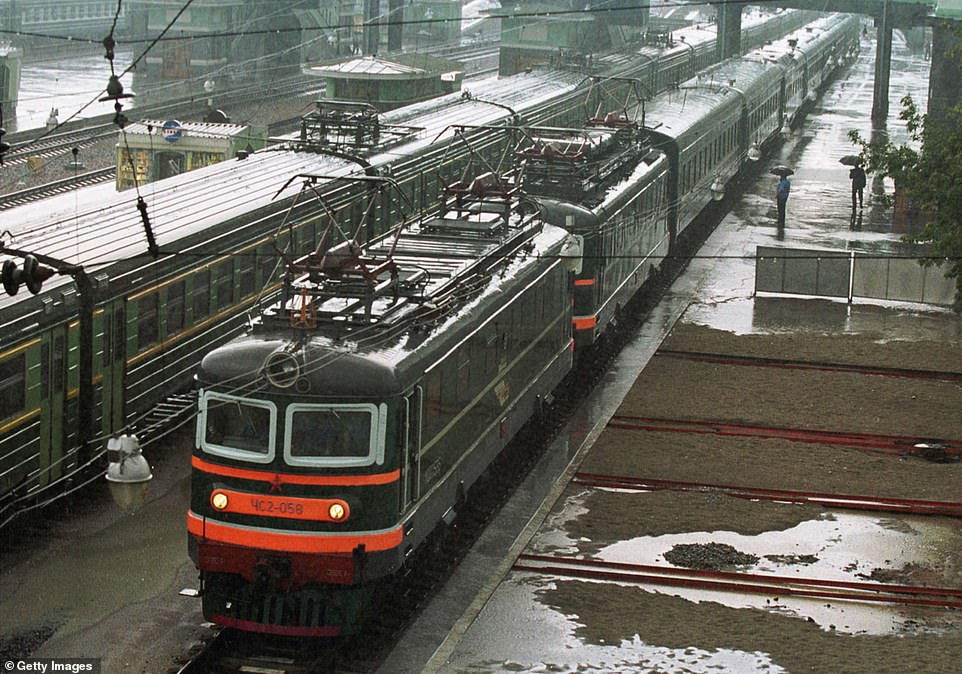 In Hanoi, officials have alluded to the Government Guest House in the city center as being venue for Trump and Kim’s second historical meeting.

A traffic ban has been announced in Vietnam across the route Kim’s train is projected to traverse until Tuesday afternoon.

The People’s Committee in Lang Son province, where the Dongdang railway station is located, issued a statement Friday instructing the road operator to clean the highway stretch and suspend road works between February 24 and 28 for ‘a political task.’