At least 20 people are dead and 40 more have been injured after a train burst into flames while coming into a station in Egypt.

The train was travelling from Alexandria, Egypt’s second-largest city, into the capital Cairo on Wednesday morning when the fire broke out.

The fire is said to have been triggered by an exploding fuel tank on a speeding train that was heading into Ramses station in the centre of Cairo.

At least 20 people have died and 40 more have been injured after a train traveling from Alexandria into the main station in Cario, Egypt, burst into flames 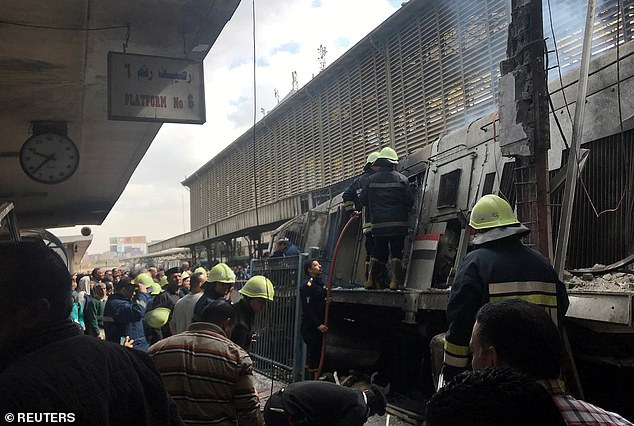 Initial reported suggest the train came into the station too fast, crashed, and that caused a fuel tank to explode – though details have yet to be confirmed 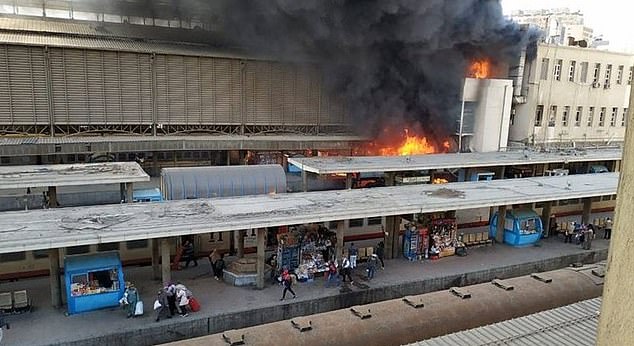 Part of the station’s main building collapsed after being consumed by flames, according to local media which described panicked scenes as people fled 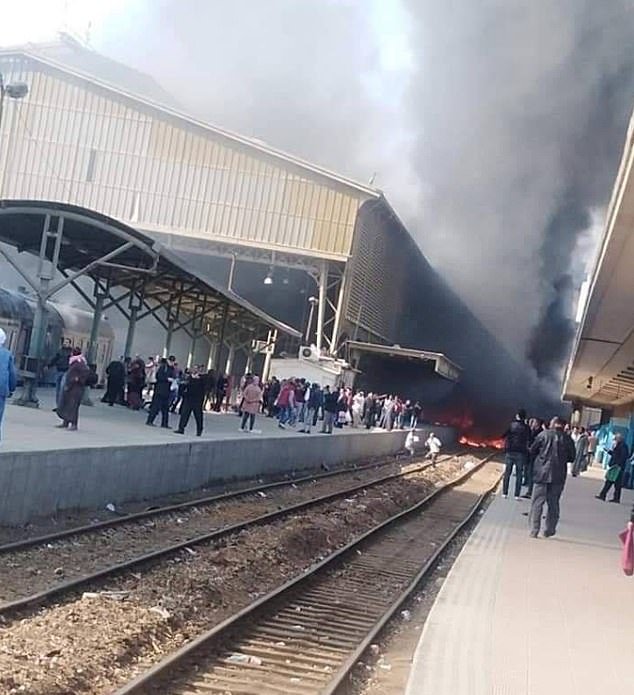 Mohammed Said, the head of the Cairo Railroad hospital, said the death toll is expected to increase.

Heavy black smoke can be seen rising into the sky at the scene.

The daily Al-Ahram newspaper said the train crashed and the fuel tank exploded, causing the fire, but details have not yet been confirmed.

Witness Mina Ghaly told Reuters: ‘I was standing on the platform and I saw the train speed into the barrier.

‘Everyone started running but a lot of people died after the locomotive exploded.

‘I saw at least nine corpses lying on the ground, charred.’

Egypt’s railway authority has halted all arrivals into the station until further notice. 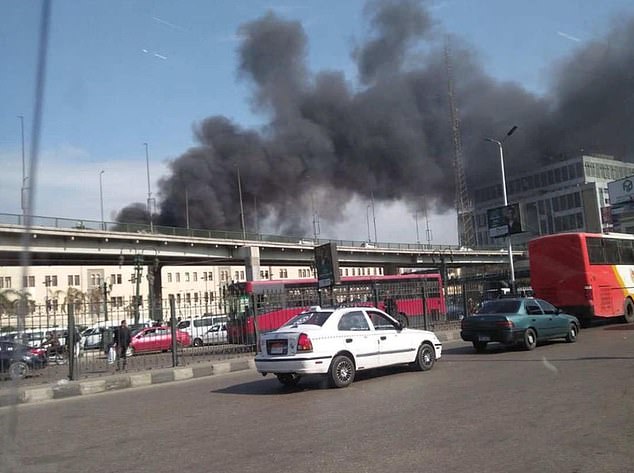 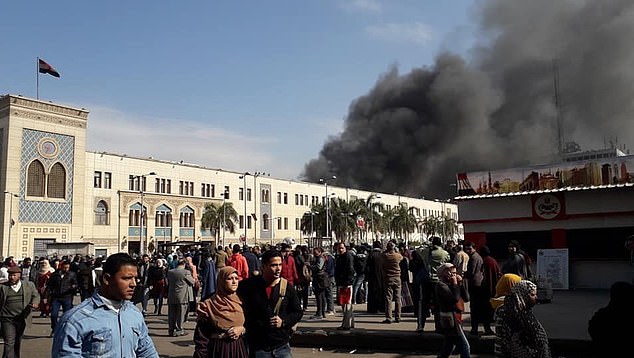 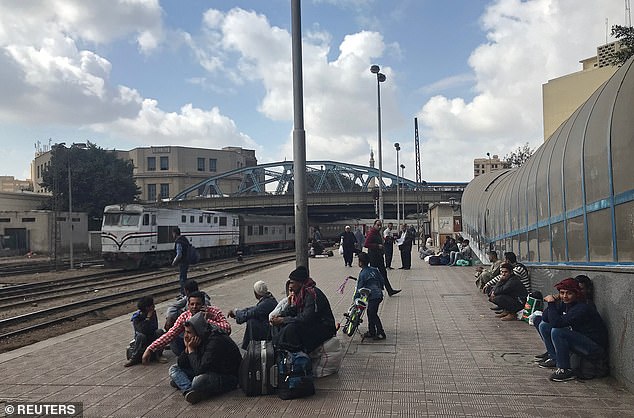 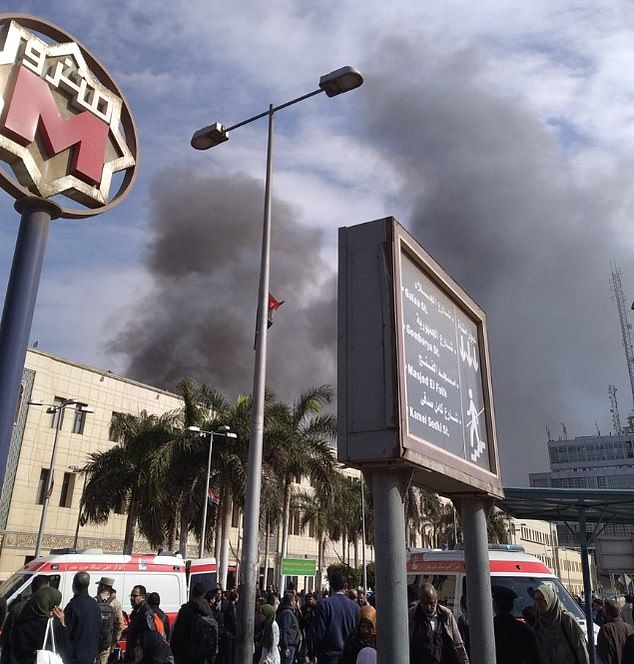