Trainee lawyer, 24, has emergency brain surgery after persistent headaches turn out to be burst cyst

A trainee lawyer needed emergency surgery after persistent headaches turned out to be a cyst that burst and flooded her brain.

Emma Royle, 24, was left in agony after being hit by waves of severe headaches in June last year.

The pain prompted her to make multiple visits to her GP surgery, where doctors told her she was suffering from migraines.

But, despite being prescribed medication, her symptoms worsened and she began experiencing shooting pains down the right side of her neck and body.

Ms Royle needed emergency surgery to relieve the pressure on her brain, and claims she was told by doctors that she was ‘very lucky’.

She said the most frightening symptoms were the random blackouts, which plagued her throughout the day. 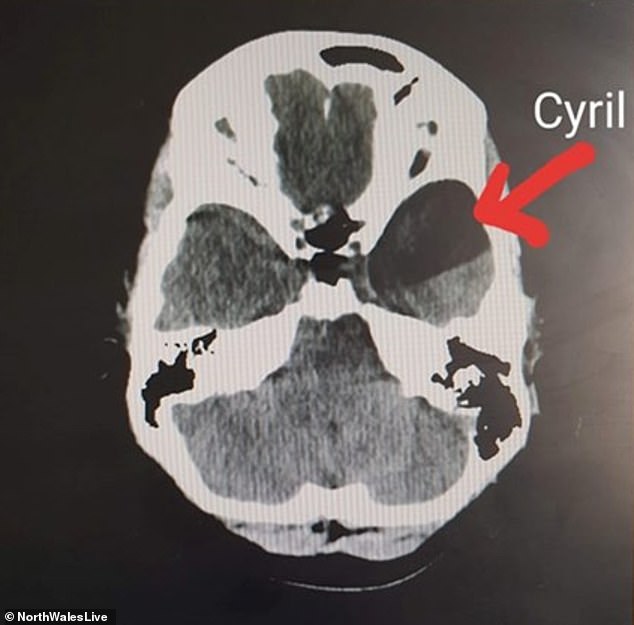 One night ms Royle lost consciousness while driving from her home in Caernarfon, Gwynedd, to Cardiff with her boyfriend Leam in the passenger seat.

Leam, whose last name isn’t known, was forced to grab the steering wheel when she blacked out and narrowly missed an oncoming car on a bridge.

The next day, she went to the opticians where she was told she had papilledema – which meant the optic nerve inside her eyes was swollen.

Keen to find the source of the swelling, she visited A&E the following morning where doctors discovered an arachnoid cyst had burst inside her head, causing severe pressure to build on her brain.

The cysts, thought to affect one per cent of people, are fluid-filled sacs that form in one of the three layers of tissue that surround the brain and spinal cord.

Primary arachnoid cysts are present at birth and are the result of abnormalities that develop during the early weeks of pregnancy. 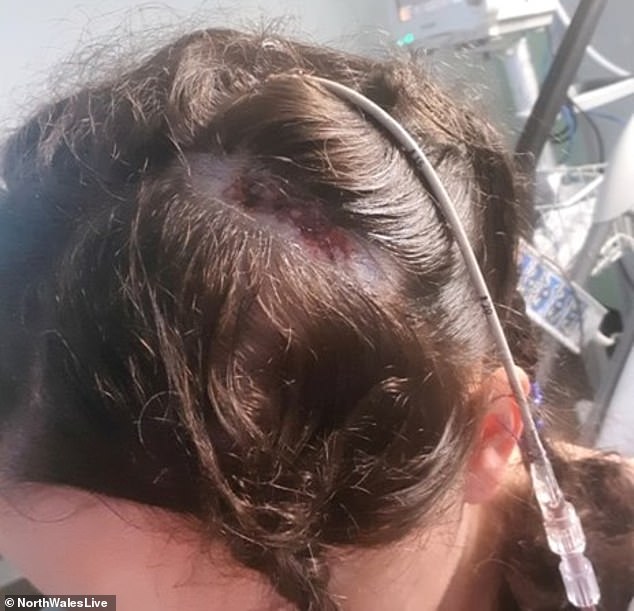 Ms Royle has the cyst drained during the procedure last October. It was causing random blackouts and tingling down her body 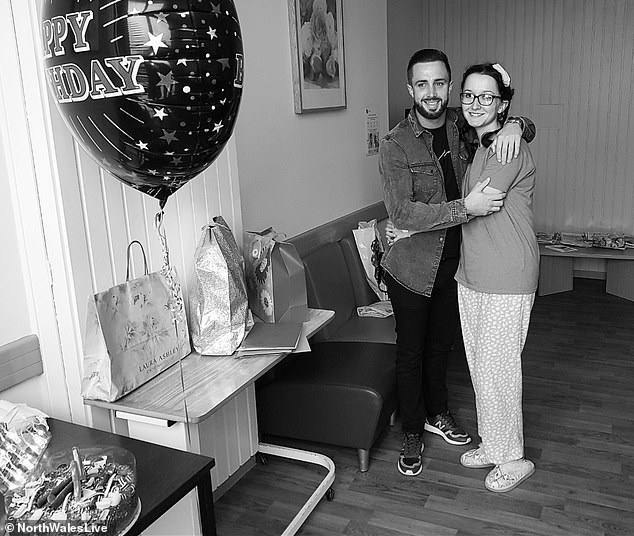 The next morning Ms Royle was admitted to the high dependency ward at Cardiff and Vale University Health Board.

Within a few hours, she was undergoing brain surgery to drain the blood from her head, reducing pressure to the brain.

Recalling her ordeal, Ms Royle said: ‘After the surgery, the consultant told me that I had been very lucky.

‘He told me that I had experienced virtually every symptom of chronic subdural hemorrhage.

‘If I would have allowed my symptoms to go untreated for longer, he told me that I might have entered into a coma.’

Although the surgery was successful with the majority of cyst fluid drained, Ms Royle described the recovery as ‘tough, physically and psychologically’.

‘I was stuck in the house and off work for so long, I started to feel really low. I lost my confidence to the point I didn’t want to leave the house,’ she said.

‘I remember going home for Christmas last year and people were shocked to see that I’d lost so much weight, I didn’t feel good about myself. 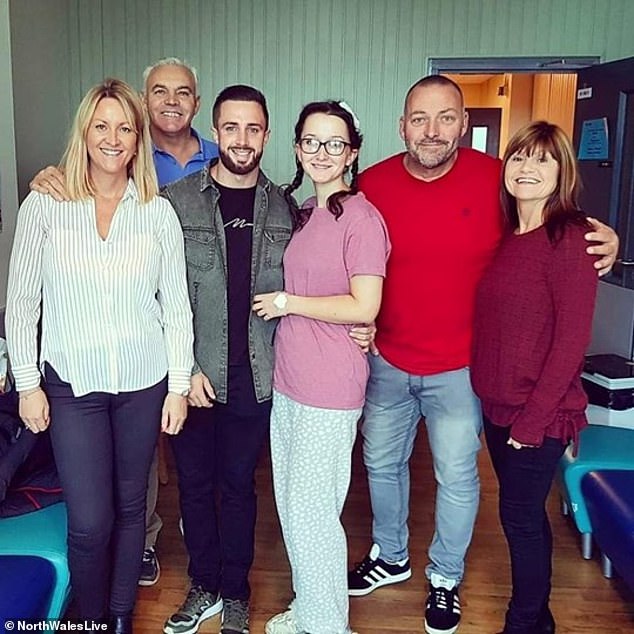 Ms Royle admitted she struggled with depression after surgery as she had to put her career on hold. But she credits her family (pictured) and close friends for helping her through it

‘Luckily, I had Leam, my family and close friends. Having them to talk to really helped, I never would have been able to go through this without them.’

After four months off work, Ms Royle is back working with Slater and Gordon Lawyers in Cardiff. She has restarted a course to qualify as a chartered legal executive lawyer.

She added: ‘The hardest part of my experience was hearing the consultant tell me that I might never finish the course because parts of my brain had been affected by the pressure of the blood.

‘I was so determined to get back into the flow as soon as possible so I started as a paralegal for the probate department in Slater and Gordon in January.

‘Since then I have restarted with CILEX [the industry body], my coursework is being marked this January, I’ve also got an exam in the same month.’

Ms Royle had a follow-up appointment in April in which her consultant confirmed the hemorrhage had been resolved.

The cyst itself cannot be removed and will be with her for the rest of her life.

Ms Royle said: ‘One of the ways I accepted the cyst was going to be with me forever was by naming it. His name is Cyril the cyst.’

On October 5, a year after her surgery, Ms Royle will be walking up Snowdon with family and friends to raise money for the Cardiff and Vale University Health Board.

To donate to her appeal, you can sponsor her on her JustGiving page here.

WHAT IS AN ARACHNOID CYST?

Arachnoid cysts are fluid-filled sacs that are located between the brain or spinal cord and the arachnoid membrane, one of the three membranes that cover the brain and spinal cord.

Primary arachnoid cysts are present at birth and are the result of developmental abnormalities that arise during the early weeks of pregnancy.

The cysts are thought to affect one per cent of the population, although some go undiagnosed and show no symptoms.

The majority of arachnoid cysts form outside the temporal lobe of the brain in an area of the skull known as the middle cranial fossa.

Most individuals with arachnoid cysts develop symptoms before the age of 20, and especially during the first year of life.

Males are four times more likely to have arachnoid cysts than females.

Typical symptoms of an arachnoid cyst around the brain include headache, nausea and vomiting, seizures, hearing and visual disturbances, vertigo, and difficulties with balance and walking.

Arachnoid cysts around the spinal cord compress the spinal cord or nerve roots and cause symptoms such as progressive back and leg pain and tingling or numbness in the legs or arms.

There has been active debate about how to treat arachnoid cysts. The need for treatment depends mostly upon the location and size of the cyst.

If the cyst is small and not causing symptoms, some doctors will refrain from treatment.

In the past, doctors placed shunts in the cyst to drain its fluid.

But now more doctors are opting to surgically remove the membranes of the cyst or open the cyst so its fluid can be drained.