Fitness trainer Jillian Michaels, who notoriously slammed the popular Keto lifestyle, has revealed why a strict diet is never a requirement for people who are looking to lose weight.

The 45-year-old first made her mark in the fitness world on TV show the Biggest Loser where she inspired, and yelled at, contestants get them in shape. Jillian has since used her passion for fitness to launch her own workout program, the My Fitness App, to help more clients achieve their health goals.

And in a new interview with DailyMail.com, the weight loss guru revealed that there are only two tips people really need to know in order to slim down — neither of which require going on one of the fad diets sweeping social media.

Toned: Jillian Michaels, 45, launched into American households with her role as a personal trainer on weight-loss show The Biggest Loser 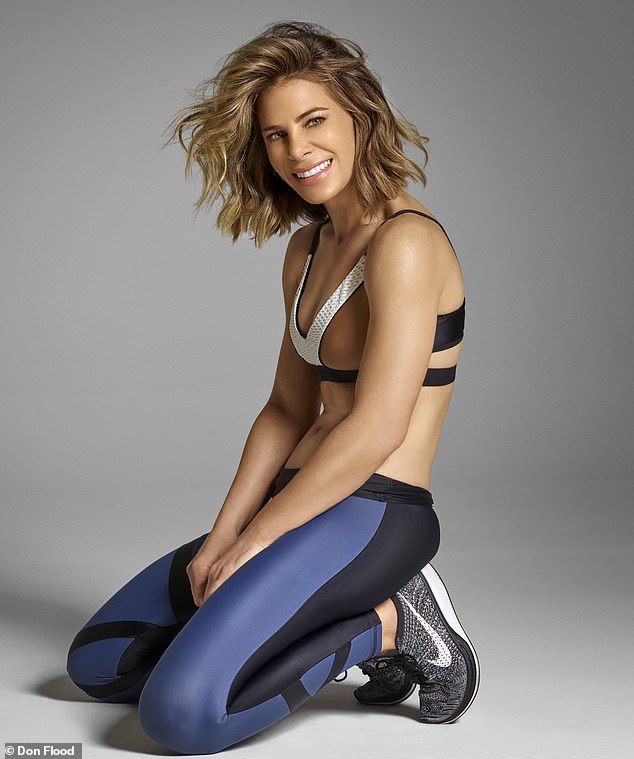 But one problem Jillian has noticed among her clients, and people in general, is that strictly limiting what someone eats through a diet makes it ‘impossible to sustain’.

‘Individuals who struggle with weight already have to overcome the emotional and psychological components associated with being overweight — adding an extremely restrictive diet that isn’t sustainable to the mix is a recipe for disaster,’ she said.

In fact, Jillian insisted that there were ‘only two facts you need to know’ in order to lose weight — and she claimed slimming down was an achievable goal for everyone.

Her first tip was for everyone to learn ‘the simple math of calories in verses calories out when it comes to weight loss,’ Jillian said. 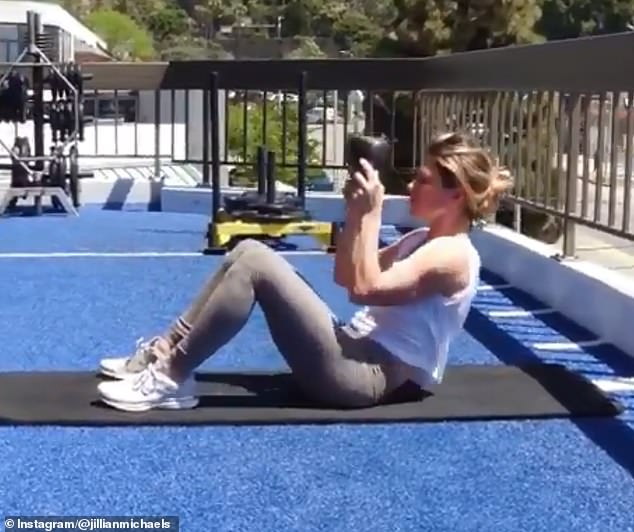 Staying active: The personal trainer, who launched workout app My Fitness, has become a staunch critic of most diets, including the keto diet 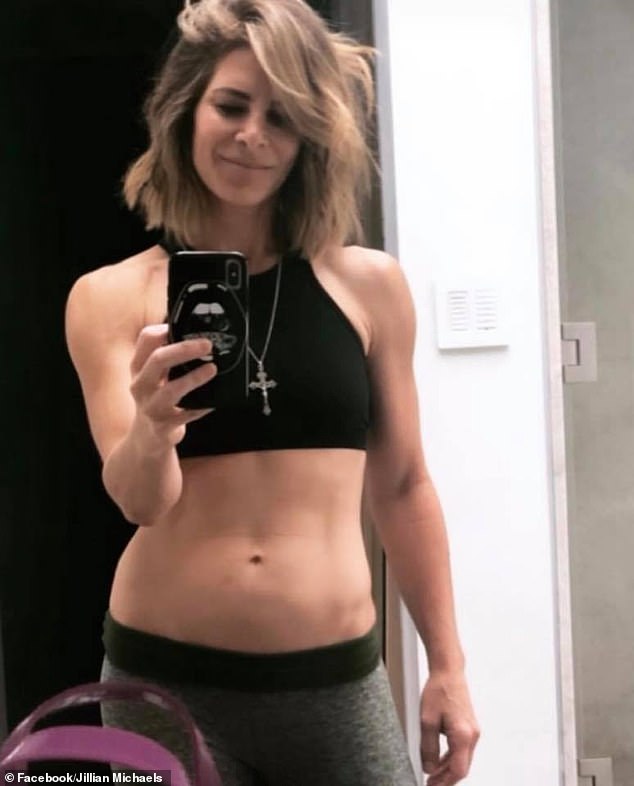 Only exception: The only diet Jillian would ever recommend to clients would be the Mediterranean diet because it is ‘the most balanced overall’

The second tip Jillian advised was for people to focus on the ingredients in each of their meals and snacks.

‘Overall health, longevity, immunity, etc. are related to the quality of your food,’ she said. ‘This means eating clean, whole foods…common sense eating combined with not overeating.’

Although Jillian is a staunch critic of diets, she did concede that if someone thought they truly needed to significantly alter their food intake that they should employ the Mediterranean diet.

‘Only because it recommends healthy versions of all macro nutrients,’ she said. ‘It’s the most balanced overall by far.’

The Mediterranean diet is rich in plant-based foods, fish, whole grains and healthy fats — with the occasional glass of wine — and formed from the eating habits of people in Italy and Greece.

What makes the Mediterranean diet above others, Jillian stated, was it lacked the same restrictions people find in other diets. Instead of imploring people to eliminate a food group, it focuses on the healthy options within that food group.

Jillian’s thoughts against diets heightened after she spoke in January with Women’s Health about how the keto diet was a ‘bad plan for a million reasons’.

‘Your cells, your macromolecules, are literally made up of protein, fat, carbohydrates, nucleic acids. When you do not eat one of the three macronutrients — those three things I just mentioned — you’re starving yourselves,’ she said at the time. ‘Those macronutrients serve a very important purpose for your overall health and wellbeing. Each and every one of them.’ 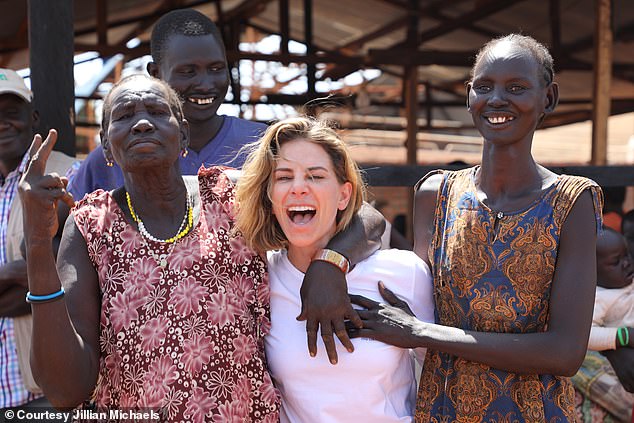 Standing in solidarity: Jillian launched her #StepWithJillian challenge this month where she vowed to walk 100 miles in July to help raise money and awareness for refugees

He targeted Jillian and her statements against the diet, which encouraged her to later invite him on social media to have an open conversation about the lifestyle.

‘He avoided it entirely,’ Jillian said when asked for an update to the situation. ‘I’ve offered repeatedly.’

One of her current focuses, besides running her My Fitness App, involves a 100 mile #StepWithJillian challenge throughout the month of July.

‘[I] have committed to walk 100 miles this month in solidarity with refugees who must travel tremendous distances to find safety,’ Jillian explained.

Inspiration behind the project started after Jillian traveled with the United Nations High Commissioner for Refugees (UNHCR) to the Democratic Republic of Congo earlier this year to meet with refugees in the country.

‘This cause in particular is very personal for me,’ she said, adding: ‘Refugees are truly the most vulnerable population of human beings on the planet — half of whom are children. They are persecuted at no fault of their own for simply existing.

‘Funds to aid these refugees are so desperately needed, and I committed to doing what I can to help raise them.’

Jillian is encouraging people to join her in the challenge or donate.