Transgender activists have been condemned by Grenfell Tower fire victims after they set off smoke bombs close to the block where 72 people died.

Police were called after protesters wearing balaclavas stormed a meeting of Labour party feminists at a community centre near Grenfell Tower in London last week and set off plumes of acrid smoke.

The group, calling themselves the London Bi Pandas, targeted a meeting of Labour Women’s Declaration in Kensington, which has previously warned the rights of women are being eroded by allowing transexuals into female changing rooms and refuges.

The protesters chanted ‘we don’t care about your disgusting genitals’ and allegedly told locals who begged them to stop: ‘We don’t give a f***.’

But the pro-trans activists ended up issuing a grovelling apology after they set off smoke bombs in view of traumatised former residents of the burned-out block.

The group said on Twitter: ‘We need to hold our hands up and apologise for the smoke bombs in our protest. We realised too late the insensitivity of using them in close proximity to Grenfell.’

The clash was the latest round in a bitter culture war between transgender hardliners and feminist campaigners, whom trans activists have labelled Terfs – short for Trans-Exclusionary Radical Feminists. 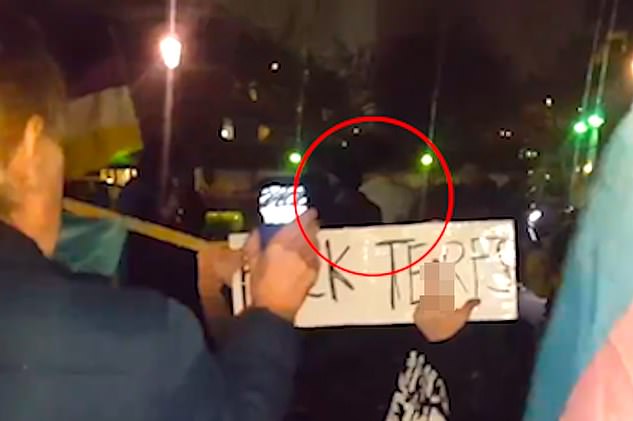 The trans group’s website defended the demonstration and denied any harassment, insisting: ‘We did not attack anyone, we did not bully anyone.’

But Grenfell survivor Emma O’Connor, 31, who escaped her 20th-floor flat during the blaze, said: ‘It’s absolutely disgusting. To let off smoke bombs so close to the tower brings back the trauma.’

Another local, Ajam, who witnessed the protest, said: ‘As a resident who watched Grenfell burn, I can tell you attending that meeting and smelling that smoke was triggering. It was attacked by thugs screaming at women and letting off smoke grenades.’

The protest took place outside the Maxilla Social Club which was a centre for food and clothing donations in the aftermath of the Grenfell fire. The community hall is surrounded by tributes and murals to those who died.

A Twitter account for the Grenfell community called Wall Of Truth Maxilla Space posted: ‘This is a memorial space, please show respect, and please do not desecrate with swear words, with shouting, or with any form of smoke bombs ever again.’ 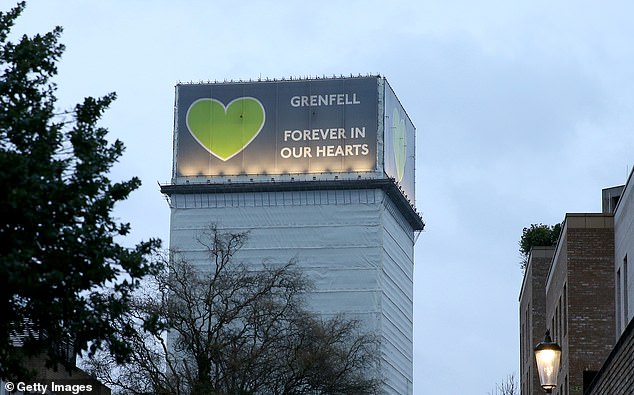