A transgender honor roll student penned a heartbreaking letter to her parents before tragically leaping from the top floor of the family home.

Eric Peter Verbeeck, a 17-year-old male born in Tampa, Florida, was preparing to transition to a female months after she committed suicide the morning of March 6.

The teen, raised by loving parents Patricia and Peter, who are now divorced, was a bright student at St. Christopher’s Montessori School in Key Biscayne and later attended MCA Academy in Miami where she was set to graduate come spring.

Aside from managing to keep almost all ‘A’s’ in school, Eric had a passion for acting, singing and dancing as way to express herself. 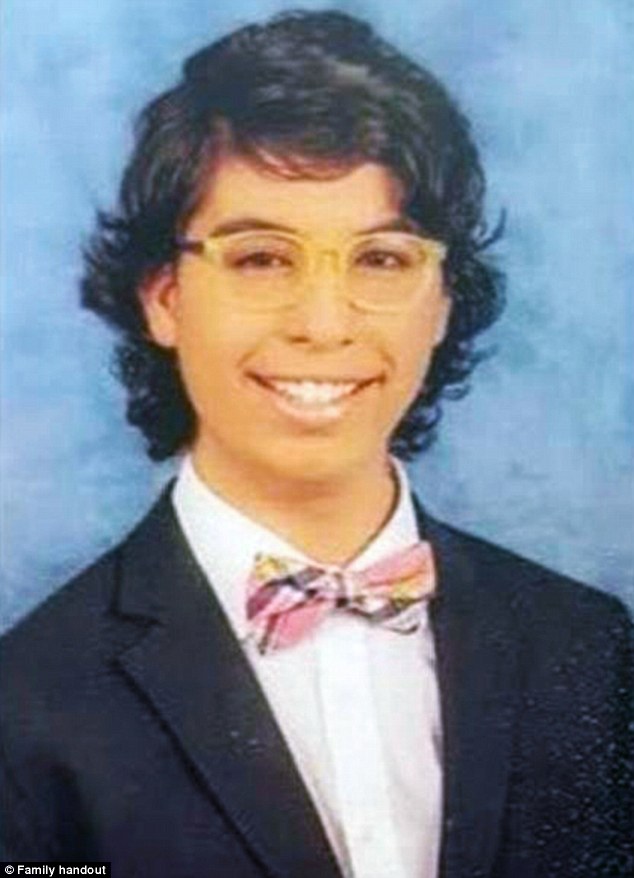 Eric, an honor roll student from Tampa, Florida, was preparing to transition into a girl months after she committed suicide the morning of March 6

‘Eric was passionate about the performing arts and performed for seven years from the age of six with Miss Angelica Torres and the Broadway Musical Theater Group,’ the late teen’s Legacy.com obituary reads.

The obituary states Eric ‘loved every aspect’ of being onstage and that her favorite role was Alice in Wonderland’s Mad Hatter.

She ‘also loved to attend Broadway and London musical theater shows, experimenting with new restaurants and regularly attended the Miami City Ballet’ with her mom.

But Eric’s mother, Patricia, had no idea her son, who was preparing to become a girl, had been suffering like she was. Eric was a bright student at St. Christopher’s Montessori School in Key Biscayne (shown above) 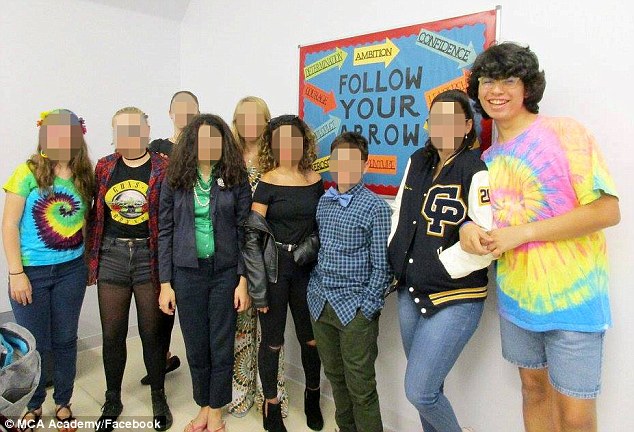 Eric is pictured right smiling next to fellow students and friends at MCA. She was an honor roll student and also in student council

The student, who also identified as pansexual, opened up about her gender struggles to her mother roughly 14 to 15 months ago, Patricia told the Miami Herald.

When Eric told her parents the truth, she said she felt she was ‘in the wrong place’ and stuck ‘in a box’. From the start, she received overwhelming support from them.

”’Eric, what is the next step you would like to take on transitioning from a boy to a girl?”’ Patricia told Eric, according to the Herald. ”’I don’t want to tell you what to do or think you should do. You tell me the journey you want to take.”’

But it wasn’t enough.

Nearly one month before Eric was set to turn 18 on April 14, she wrote her parents a suicide letter before taking her own life. 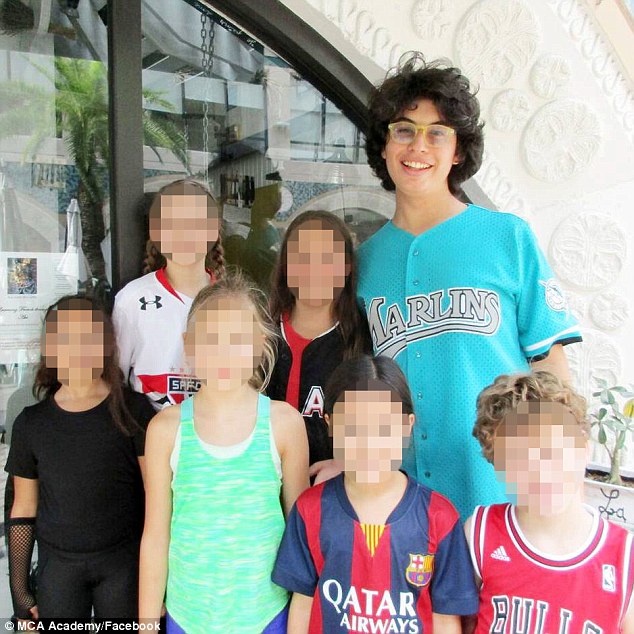 Eric (upper right) was friendly to everyone she met, her mother said. One night before she committed suicide, Eric told her mom she felt ‘trapped’

The goodbye letter read: ‘Dear Mommy and Papa, I am so sorry to do this to you but I have killed myself by jumping off the top floor …,’ Patricia shared with the Herald.

‘I could no longer live my life as a lie,’ the letter went on to say.

‘I’m so sorry I lied to you… I was losing hope in the world and could not see my way out of the wrong body so I decided it was time for my life to end.’

The night before Eric’s passing, Patricia said she laid in bed to talk with her child, when she told her mother she had been feeling ‘trapped’ once more.

‘As far as I know, he wasn’t bullied,’ Patricia said, while adding she had recently started referring to Eric as as she.

‘Everybody we talked with, no one would have guessed,’ she added. Patricia praised Eric for her kindness and character – and said she would always lift others up.

Patricia further explained how Eric was planning to change her name to Hope after graduation. Eric had been accepted to several colleges.

The mom, who planned to move to South Carolina with Eric after graduation to start a new life, told the Herald she now has a home that is ’85 percent complete’ with a ‘pink bedroom’ for her late child who is now only a memory.

Patricia said the message she hopes others to take away from her story is: ‘Do not slam the door on your son or your daughter if they come and express a sexual identity issue.

‘This was an issue that he suffered with even though he was unlike many of the teens who get no support and who don’t have anybody helping them. He had everything. Both of her parents supported her transition,’ Patricia went on to say.

‘This was going to become an ongoing passion of him going to college, to join a group, and to get the message out.’

If you or anyone you know is having thoughts of suicide, please contact the confidential National Suicide Prevention Line at 1-800-273-8255.