Lottie Harris, 23 (pictured outside Worcester Crown Court), made life ‘hell’ for victim Ali Malik after becoming ‘infatuated’ with him when they worked together at a restaurant

A transgender waiter has been given a suspended sentence for falsely accusing a gay co-worker of rape – and putting his penis in his letterbox.

Lottie Harris, 23, made life ‘hell’ for victim Ali Malik after becoming ‘infatuated’ with him when they worked together at a restaurant.

Between September 18, 2016 and July 23 last year Harris made 23 fake allegations of rape and assaults against Mr Malik who was arrested on two occasions.

Harris even claimed Mr Malik shoved his penis inside the letterbox of his front door and threatened to slit his throat.

A court heard Harris was living as a woman at the time of his fake claims, but has ‘gender dysphoria’ and now identifies as a man called Lucien.

He was handed a two-year prison sentence, suspended for two years, and ordered to complete 300 hours of unpaid work and pay Mr Malik £2,500 compensation.

A judge also slapped Harris with a restraining order preventing his from contacting Mr Malik.

Although the false rape allegation was not listed on the indictment, it was considered to be an ‘aggravating factor’.

Judge James Tindal told Harris: ‘You have made it clear you now identify as a man.

‘I will respect your wishes and address you as such.

‘I only wish that you had shown the smallest respect for Ali Malik, whose life has been made a living hell for months. 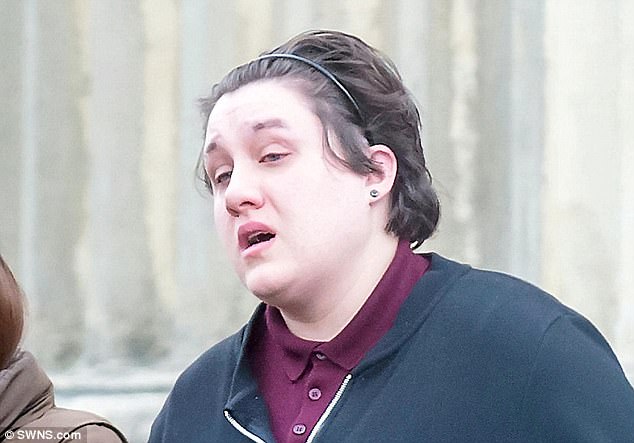 Although the false rape allegation was not listed on the indictment, it was considered to be an ‘aggravating factor’

‘I must only sentence you for the matters that you have pleaded guilty to.

‘The story begins in the start of 2016 when you started working with Mr Malik.

‘You became infatuated with him, even though he made it clear that he was not interested in you.’

The court heard Harris made two rape allegations in September and October 2016 and told police Mr Malik held a knife to his face.

‘I can and do take it [the rape accusation] into account as an aggravating feature for the matters on the indictment.

‘On May 3, 2016 you made a complaint to the police that Mr Malik had scratched at your door and tried to put his penis through your letterbox, and that you jabbed at it.

‘You claimed that it was bleeding, and took the blood into the police station.

‘This was clearly a lie.

‘It’s perfectly obvious that Mr Malik has done nothing that can explain why you have gone on this campaign against him.

‘Rape is a shameful crime, but a false allegation can have nightmarish consequences for the accused.

‘This case is highly exceptional, but the message should go out loud and clear that in other cases which do not carry the exceptional circumstances as in this case, those who falsely complain of rape will go to prison.’ 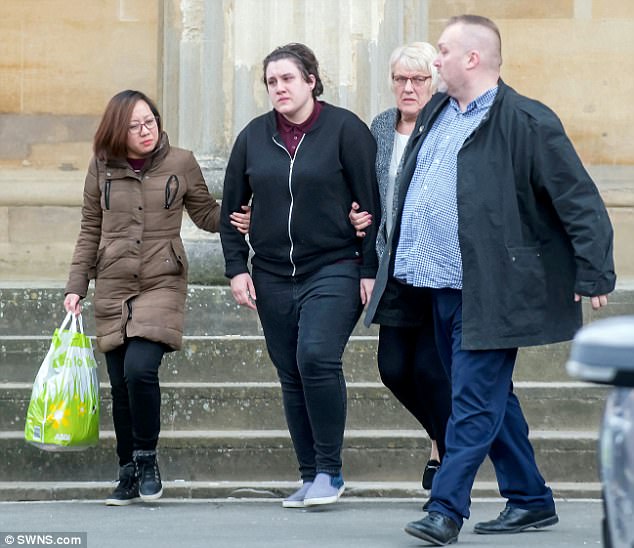 ‘Rape is a shameful crime, but a false allegation can have nightmarish consequences for the accused,’ the judge told Harris

Reading out his victim impact statement in court, Mr Malik said: ‘I have been arrested twice and I have been interviewed numerous times by the police.

‘I feel like I have been living in limbo for the past 18 months.

‘Initially I did not feel that anyone believed me. I feel like I have been treated like a criminal.

‘Even though I protested my innocence, I was still interviewed on numerous occasions.

‘I was scared and isolated, even though I knew that I had done nothing wrong.

‘I had visions of being sent to prison and no-one believing me.

‘Every time I see a police car or a police officer I get scared that they are going to arrest me or that [he] has made up another lie. 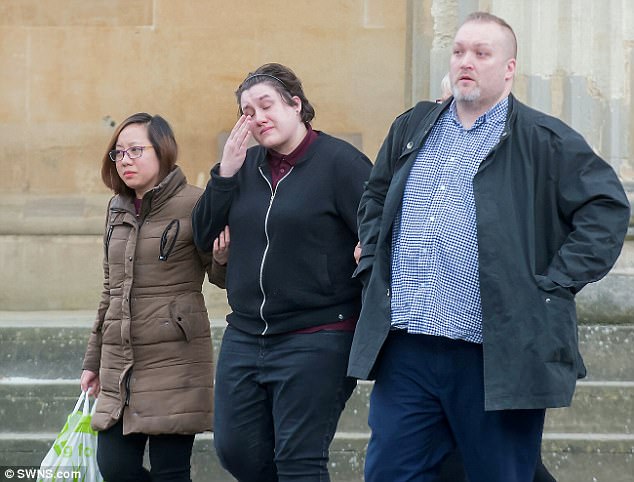 He was handed a two-year prison sentence, suspended for two years, and ordered to complete 300 hours of unpaid work and pay Mr Malik £2,500 compensation

Mark Savage, defending, said: ‘It’s clear that Mr Harris is not a young person actuated by malice, but one who is struggling with identity.

‘I was a very sociable person, but because of these allegations I have lost many friends and become isolated.

‘I have found myself scared to go out, as I’m looking over my shoulder constantly to see if Lottie is there. I have not been able to live my life as I would like to.

‘I feel scarred for life.

‘At one point, I was close to losing my job because my boss did not want the police entering. I have had to explain to my boss what has been said against me.

‘I was arrested in full view of customers and colleagues.

‘It has proved to be very embarrassing and shameful.

‘Men are victims too. I do not want someone else to be in a similar position to me in the future.’

Mark Savage, defending, said: ‘It’s clear that Mr Harris is not a young person actuated by malice, but one who is struggling with identity.’

‘I said “you’re a lesbian and I’m gay”, I don’t understand the logic behind it.

‘People always think women are the victims but it can be the other way around as well.’