A transgender woman has revealed her incredible transformation photos after undergoing 14 months of hormone replacement therapy and facial feminization surgery.

Natalie Zamani, 28, from San Francisco, took to Reddit last week to share images of herself before and after her transition, writing: ‘So it’s kinda been a wild 14 months!’ The senior engineer has known she was trans since she was a teen, but kept her gender identity hidden until last year.

‘I was 27, I had a great job in tech, a lovely relationship, and had built up confidence in my life. Life was good, but yet I was still not at home in my body,’ she told Bored Panda. ‘I realized I couldn’t outrun my identity and expect to live a full life.’ 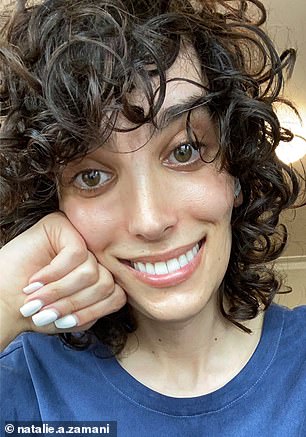 Amazing: Natalie Zamani, a transgender woman, shared photos of her transformation on Reddit 14 months after she started hormone replacement therapy 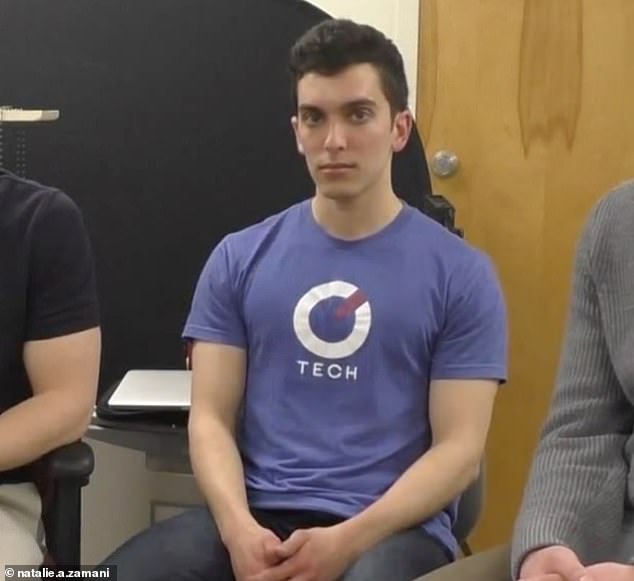 Hard to handle: The 28-year-old from San Francisco was assigned male at birth and ‘learned early on’ to suppress her feelings about her gender identity

Her ‘before’ photo shows her sporting short hair and a neatly-trimmed beard. In her ‘after’ pictured, she has smooth cheeks, shoulder-length curly hair, and a bright smile.

Zamani, who was assigned male at birth, said that growing up she ‘learned early on’ that she had to suppress her feelings about her gender identity, but her ‘girly tendencies’ would still come out.

When she started to go through puberty in her early teens, she was ‘disgusted’ with the changes to her body and ‘miserable’ that she couldn’t do anything about it.

‘I did research and found that there were other people like me, who had chosen to do something about it. That it was possible to transition,’ she said of learning what it was to be transgender. 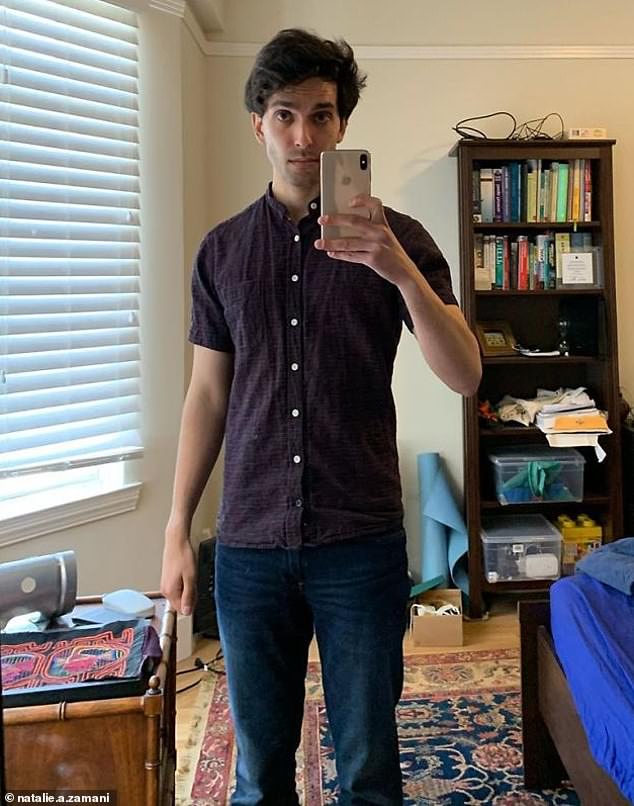 Difficult: When she started to go through puberty in her early teens, she was ‘disgusted’ with the changes to her body. It was then that she learned what it was to be transgender 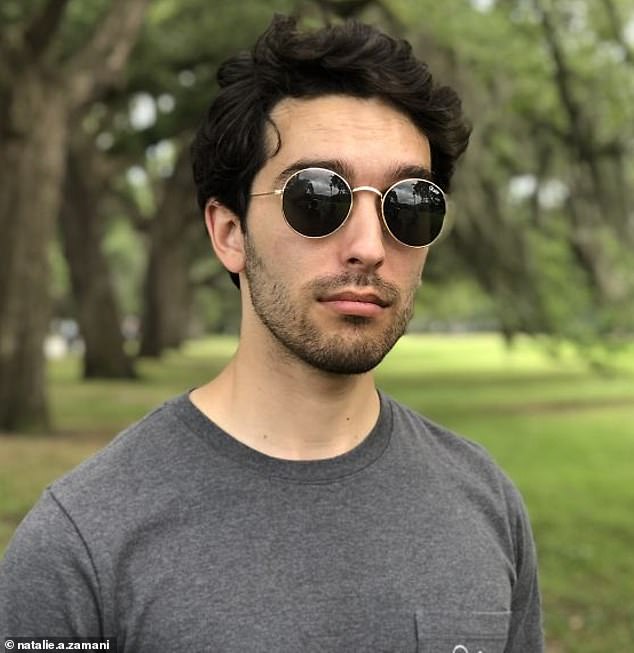 Painful choice: Zamani feared she would have to live in the margins of society if she came out and made the difficult decision to keep her gender identity hidden 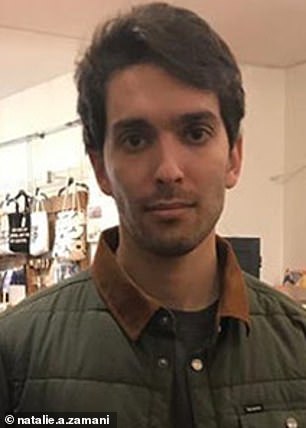 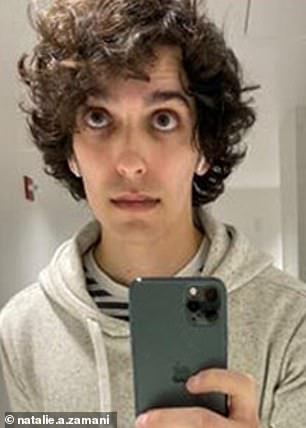 Making a choice: The senior engineer started hormone replacement therapy last year after realizing she needed to embrace her gender identity to live a full life

‘But what I found in all but a few cases was that people who had transitioned lived difficult lives on the margins of society, unless they were lucky and strong enough to live in “stealth” and had that privilege by virtue of being able to just blend in and hide.’

The idea of ‘going stealth’ and starting a new life far away from her loved ones seemed ‘both incredibly lonely and difficult’ to her.

Zamani made the difficult decision to keep her gender identity hidden while living as happily as she could, but she realized last year that she would never be fulfilled if she continued to hide who she was.

‘The acceptance of trans people had totally shifted during my lifetime, and I didn’t face life at the margins purely for being openly trans,’ she explained. ‘I had to start living my life. I drove to Planned Parenthood a few days after that realization and started hormones.’ 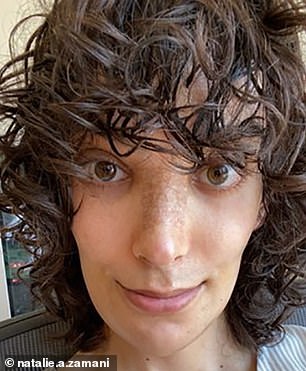 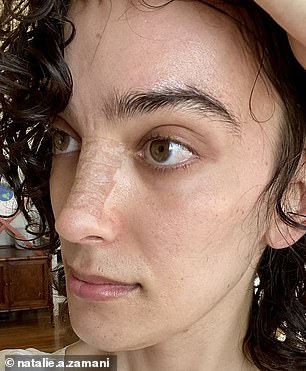 Changes: Zamani officially started living as Natalie in April amid the pandemic, and a few months later, she underwent facial feminization surgery 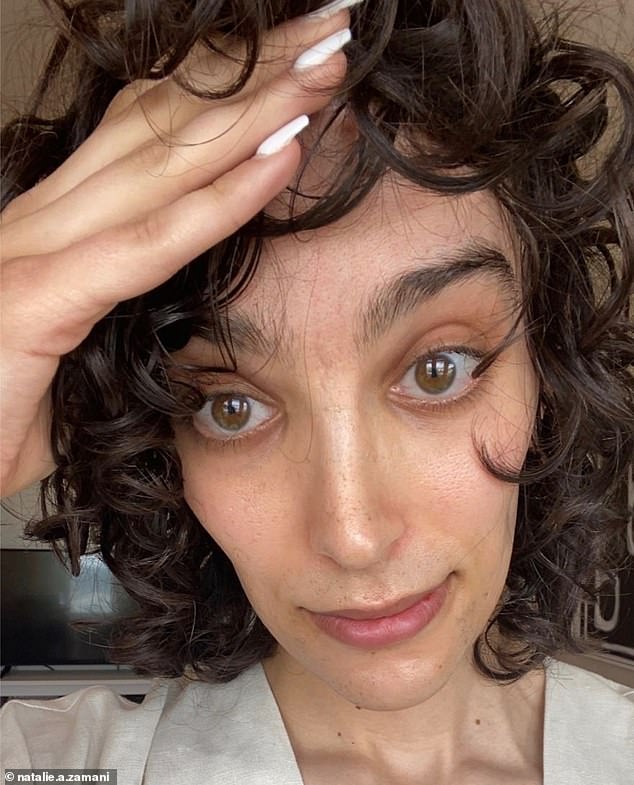 Happy: ‘This is the most like me I’ve ever felt,’ she wrote on Instagram after the surgery

She officially started living her life as Natalie in April amid the coronavirus pandemic.

In June, she had facial feminization surgery, which refers to a broad range of procedures to modify and soften masculine facial features to make them more feminine.

Zamani shared a smiling photo of herself on Instagram two weeks after the surgery to say that even though her face was still swollen and bruised, she is so happy with her appearance.

‘This is the most like me I’ve ever felt,’ she wrote. ‘And I can’t overstate how good it feels to be me right now. I’m immensely privileged that I get to have this necessary, but incredibly expensive procedure, and that I get to feel this way. 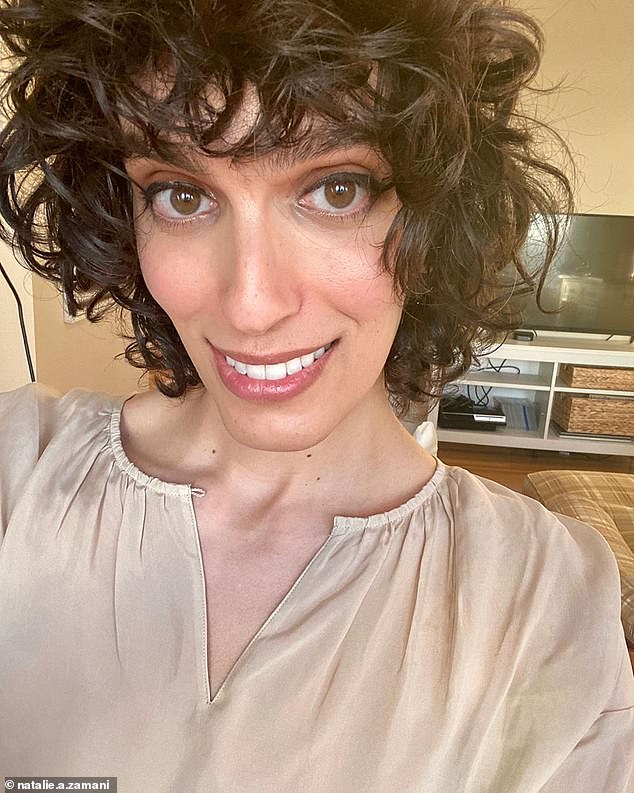 Support system: Zamani is grateful to have the support of her family, friends, and ‘amazing partner,’ saying none of this would have been possible without them 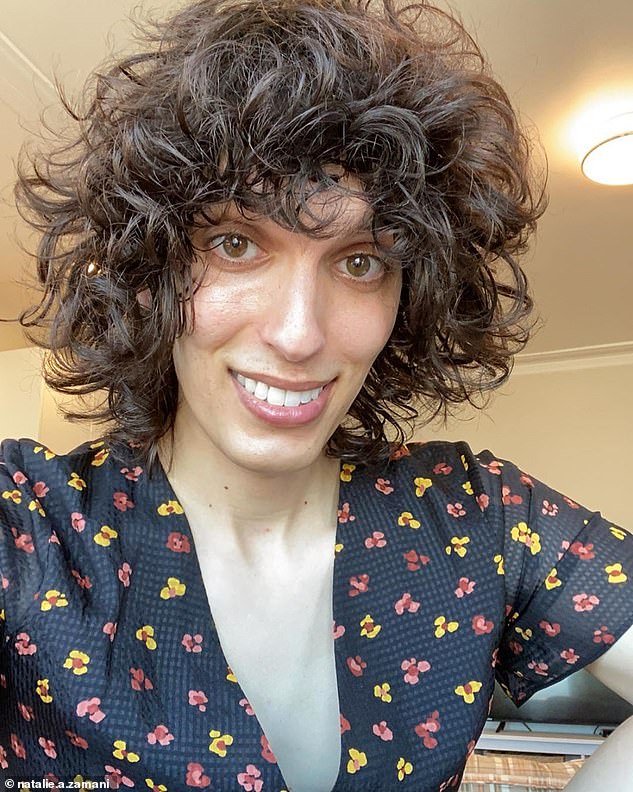 All smiles: Zamani said her journey has been incredibly difficult, but it has also helped her grow into the person she was meant to be

‘But I’m so thankful I held out long enough to get to this place of enormous comfort and happiness, and that I had the support network to do so too.’

Zamani told Bored Panda that her journey has been incredibly difficult, but it has also helped her grow into the person she was meant to be.

She is grateful to have the support of her family, friends, and ‘amazing partner,’ saying none of this would have been possible without them.

‘Over the past 14 months, I’ve grown into the person I truly am and started to find an inner love that was never there before,’ she said. ‘I’ve only been out and presenting as me for a few months now, and didn’t start doing so until the pandemic had fully hit, so I’m very excited for what my life has in store once I can start experiencing all that life has to offer out in the world as the real me.

‘I’m so happy I held out through all of the pain and difficulty for this moment.’