Transgender youTube star Gigi Gorgeous has revealed that she backed out of sexual reassignment surgery at the last minute because she didn’t feel like she was ready to have such an ‘intense and invasive’ procedure.

In her latest YouTube video, the 26-year-old opened up about her decision to postpone the procedure until the timing was right, explaining that she had traveled all the way to Thailand and consulted with a surgeon before deciding against it.

‘Usually, when I set my mind to something, I just am committed and I follow through and I end up doing it, but in this case, the surgery was so intense and invasive,’ she explained.

Change of heart: Gigi Gorgeous revealed in her latest YouTube video that she backed out of sexual reassignment surgery at the last minute 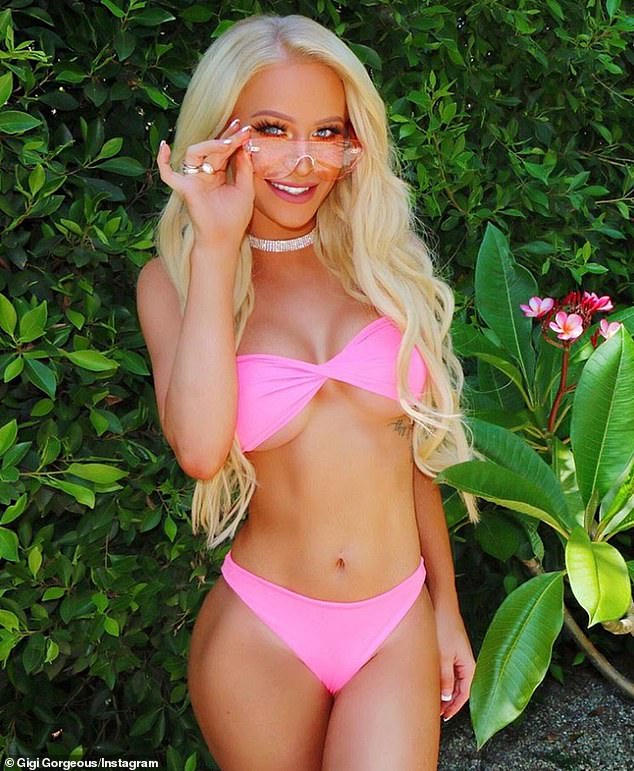 Candid: The 26-year-old transgender YouTube star said she wasn’t ready for the surgery, which is ‘so intense and invasive’

‘Like, I have been through some pretty scary things in my life surgically, but this just seemed so hard to overcome and intimidating, and just, like, body mutilating.’

Gigi, who was born Gregory Lazzarato, came out as a transgender woman in 2013; a year later, she legally changed her name to Giselle Loren Lazzarato.

Over the years, she has undergone various procedures as part of her transition, including a tracheal shave to reduce the appearance of an Adam’s apple, hormone replacement therapy, facial feminization surgery, electrolysis to remove hair, and a breast augmentation.

In the YouTube video, Gigi recalled ‘feeling really, really strongly’ about having sexual reassignment surgery after she finished writing her upcoming book, ‘He Said, She Said: Lessons, Stories, and Mistakes from My Transgender Journey,’ last year.

The YouTuber said she believed the surgery would ‘complete’ her.

‘I feel like a lot of trans people feel that and they feel like they’re not “done” until they get the bottom surgery or whatever it is that makes them happy,’ she explained.

Sexual reassignment surgery to covert male anatomy to female anatomy involves removing the penis muscle and constructing a vagina by turning the skin inside out.

‘After you get it, obviously, there’s not going back, which is why it’s kind of such a mind f**k,’ she said.

Transformation: Gigi, who was born Gregory Lazzarato, came out as a transgender woman in 2013. She is pictured as Gregory in 2008 (left) and as Gigi in 2018 (right) 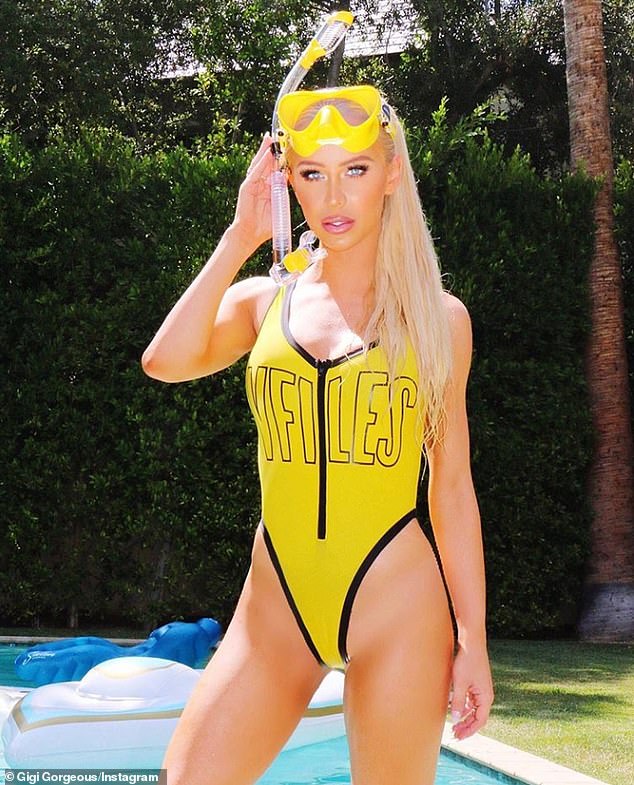 Journey: Over the years, she’s undergone various procedures, including a tracheal shave, facial feminization surgery, electrolysis, and a breast augmentation

Gigi knew she wanted to have her surgery done by a doctor in Thailand because a friend who had already had the procedure done by him assured her that the technology was really advanced and promised her a ‘great result.’

‘I would only want to do this one time. For the love of God, I don’t want to get mutilated twice down there,’ she said, adding that just the thought of undergoing the operation gives her ‘cold sweats.’

When she called the surgeon, she was told she needed to travel to Thailand for her consultation. Gigi asked if there was any way she could schedule the surgery for a few days the meeting, so she wouldn’t have to travel from California to Thailand twice if she got approved for the procedure.

However, the waitlist was six months long, and she was left waiting to see if there were any cancellations.

Looking back, Gigi said she could tell she wasn’t ready to go through with the procedure because she only told a couple of people and was essentially keeping it a secret.

The Instagram influencer also worried about what her new vagina would look like and how it would function.

‘I have had a lot of friends who have gotten the surgery. I’ve seen a lot of vaginas — post-vaginas — and some are gorge and functioning and some are not so gorge.

‘Obviously, it goes without saying, I want a gorge, functioning vagina.’

Without naming any names, Gigi recounted one of her friends who had the surgery going into the bathroom ahead of her at a house party. 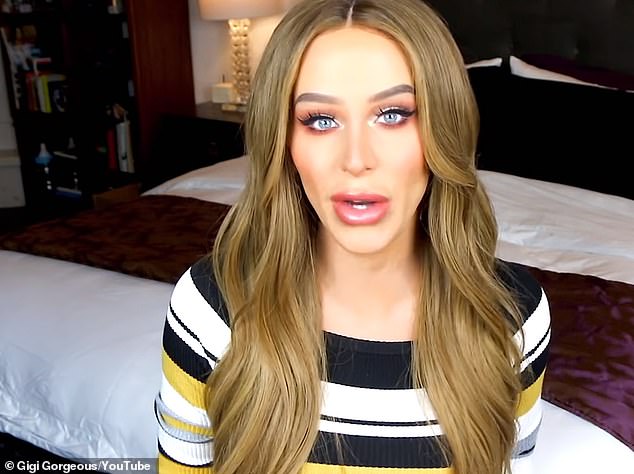 Almost a done deal: Gigi said she had traveled all the way to Thailand and consulted with a surgeon before deciding against having the surgery 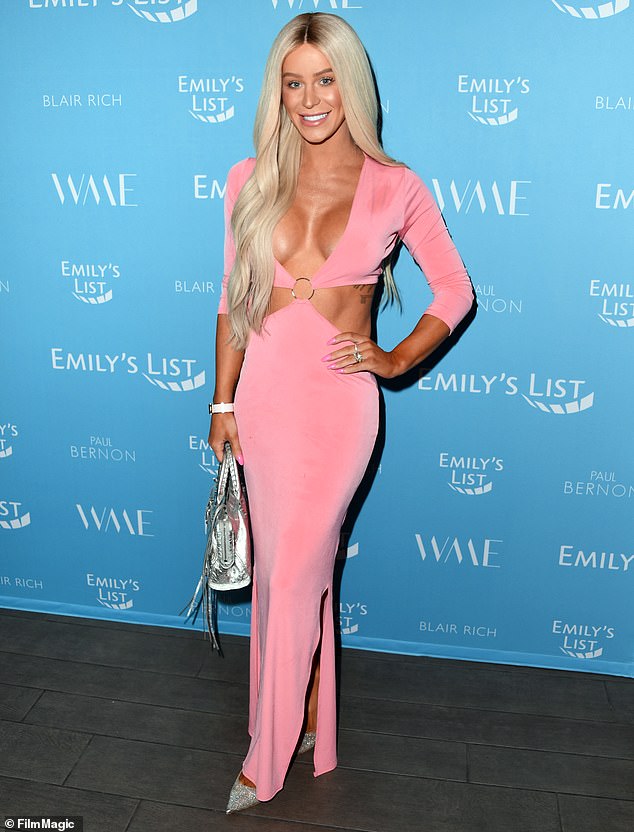 Going with her gut: The social media star said she wants the moment to be ‘perfect,’ and she knew the timing wasn’t right because she was ‘dreading’ the surgery

‘She opened the door and a wall of smell and fog hit my face from her using the toilet,’ she said. ‘It’s not funny because that’s beyond her control, obviously. Something was going on down there.

‘Literally, for years after that, I thought that is what a sex change would smell like.’

A month after she was put on a waitlist for the doctor in Thailand, Gigi was in discussions with two plastic surgeons in the U.S. but hadn’t decided to go through with the procedure.

However, she ended up getting an email from the doctor in Thailand that stated there was a cancellation, and if she wanted, she could come for a consultation and have the surgery a few days later if everything worked out.

Although she was ‘over the moon,’ Gigi said she still didn’t tell that many people about the surgery.

‘When I think about it, I really didn’t reach out to as many people as I should of,’ she said. ‘I felt really, really inconsiderate about [keeping it from] people who love me and want the best for me and would want to know if I am going through with such a big surgery like this.’

When Gigi and her friend arrived in Thailand, she said she immediately started having doubts because the facility wasn’t nearly as gorgeous and high-tech as she was led to believe.

‘Me and my friend are giving each other eyes the whole time. I feel like I am seeing tumbleweeds and clay walls,’ she recounted.

Gigi was approved for the surgery within 15 minutes, but instead of being happy, she headed to the bar while struggling with her doubts. 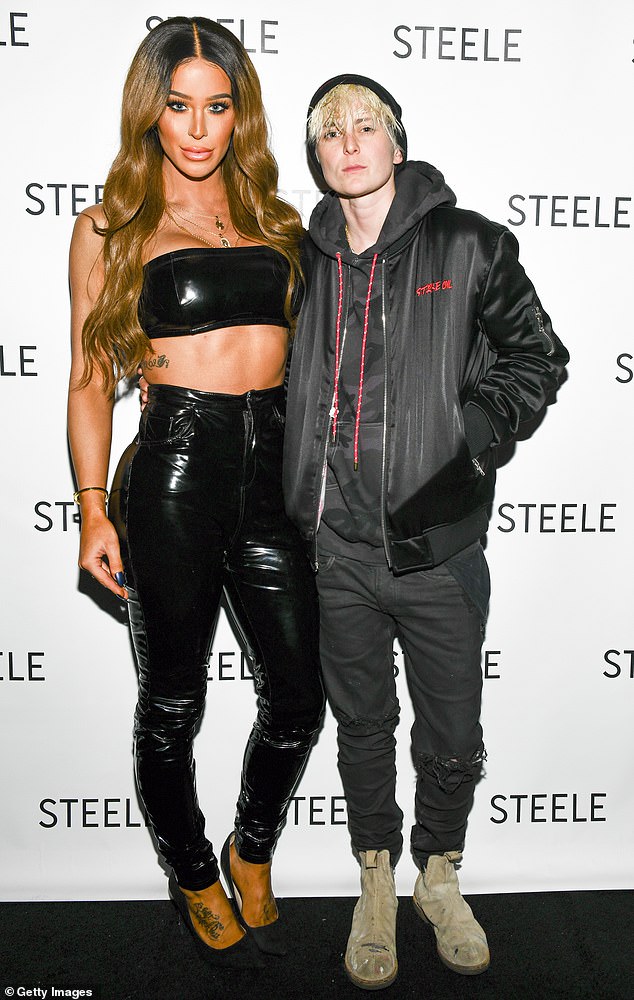 Looking back: Gigi said she could tell she wasn’t ready to go through with the procedure because she only told a few people. She is pictured with her fiancée, Getty oil heir Nats Getty 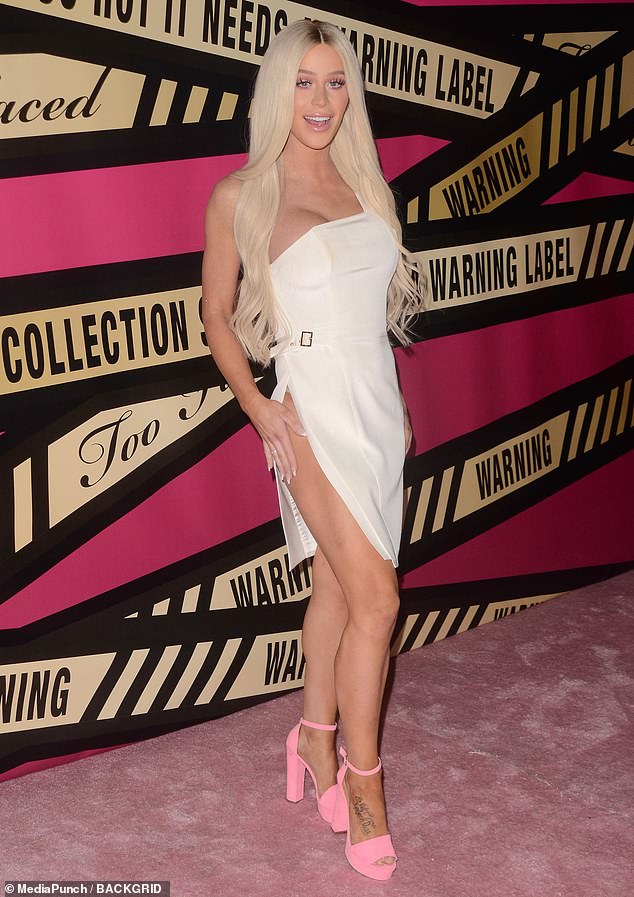 Timing: Gigi said she is ultimately happy that she didn’t go through with the surgery when she was having doubts

‘I was so unsure it wasn’t even funny. I feel like if you are going to do something like this, you should be f*****g excited,’ she said. ‘You should be on the edge of your seat, like, “God I wish I could fast-forward three days.” But at that point, I was kind of dreading it.’

The next morning, Gigi said she woke up and told her friend that she couldn’t go through with the surgery. At that point, she had only given the doctor a down payment, and they hadn’t extended their flights yet.

She called to let the doctor know that she wouldn’t be going through with the surgery while stressing that her decision had nothing to do with him or his work.

‘I didn’t go through with the surgery, and I am really, really happy I didn’t,’ she said.

Although her friend had a great result and she might have done too, Gigi felt like it wasn’t her moment.

‘I don’t know what my reassignment surgery story looks like,’ she said. I’m just taking it day by day and what feels right to me because this is my body. I have to live with this every single day, and when that moment comes, I want it be perfect.’

Gigi, who chronicled her transition in the 2017 documentary ‘This Is Everything: Gigi Gorgeous,’ revealed in August last year that she hadn’t had gender confirmation surgery yet.

In the candid YouTube video, she opened up about her desire to start a family with her fiancée, Getty oil heiress Nats Getty, explaining that the two of them were still actively trying to conceive a child together.

‘I have not had a sex change yet. It’s something that I have held off on doing,’ she said in the YouTube video. ‘I thought that I needed sexual reassignment surgery, or as they call it now sexual confirmation surgery. I thought I needed that right away, as soon as possible. 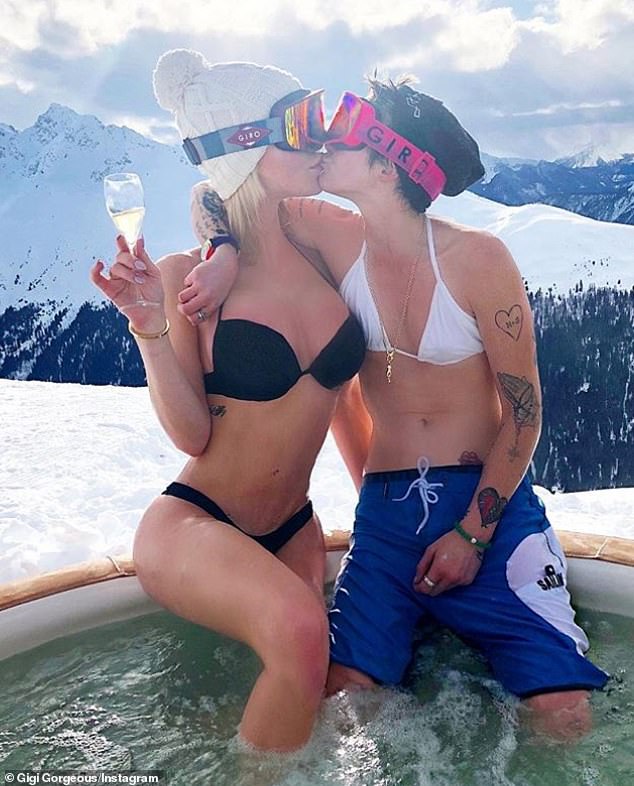 Struggle: Last year, she revealed that she and Nats, 26, were looking into freezing their eggs and sperm because they ‘were trying’ to conceive but had ‘no luck whatsoever’

‘But that year turned into years. And now I’ve still not gotten the surgery and it’s not because I can’t. I could get it tomorrow if I wanted.

‘It is a very, very, very scary, intense surgery obviously, a sex change is probably one of the craziest things you can do to your body.’

She explained that she and Nats, 26, were looking into freezing their eggs and sperm because they ‘were trying’ to conceive but had ‘no luck whatsoever.’

Gigi is not the only transgender woman to speak out so candidly about the process of gender reassignment; in March 2016, a transgender lesbian known only as Jessica explained to Truth Speak Project exactly what it was like to undergo a vaginoplasty – while detailing her experience of going through an incredibly painful recovery process.

‘There are going to be parts of you that are going to melt off… It is really scary,’ she wrote. ‘But it’s also perfectly normal and most people recover from that completely as if nothing has happened.

‘Basically the furniture down there gets rearranged during the surgery. One of the many things I learned along this journey is that male genitalia and female genitalia aren’t that different. They’re arranged differently, but the individual parts are really similar.

‘So vaginoplasty consists of a re-positioning and folding of all these tissues using the existing tissues.

‘When that’s done, some of the tissues might not get as much blood flow as they did before, so they get starved of nutrients and oxygen.

‘That’s when the surface tissue tends to die off — which is as gross as it sounds. It is really really awful.’