An NYPD transit cop committed suicide inside a Midtown police station Friday afternoon, using another officer’s gun to shoot herself after her own service weapon was taken away from her by the department, sources told DailyMail.com.

The officer, who was on modified duty, swiped another gun from a probationary cop with less than a year on the force.

That newbie officer faces potential disciplinary action for failure to safeguard her weapon, a source said. 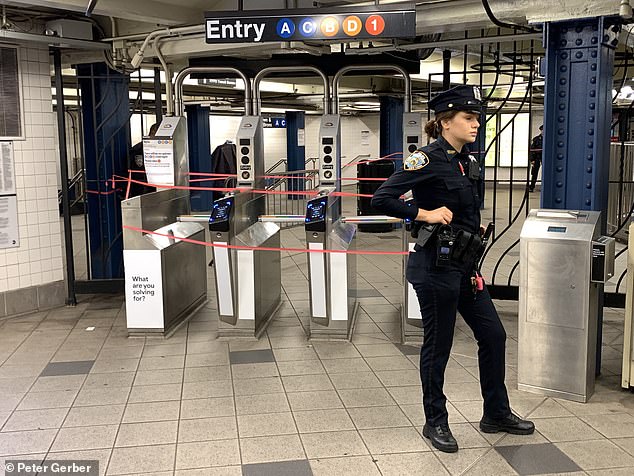 An NYPD transit officer committed suicide inside a Midtown police station Friday. The station was later shut down after the incident 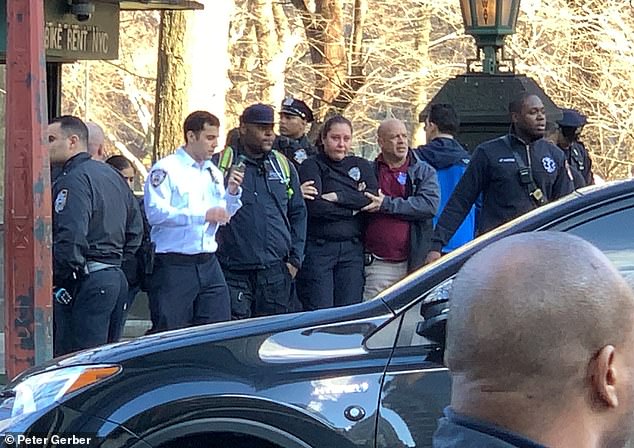 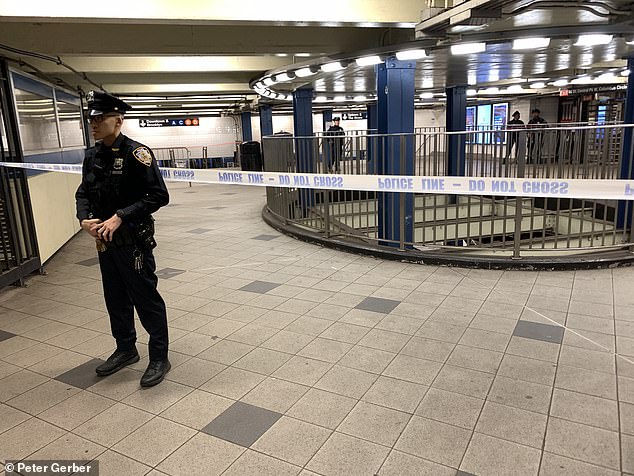 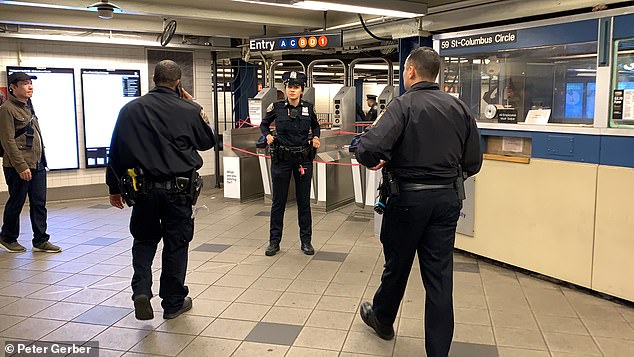 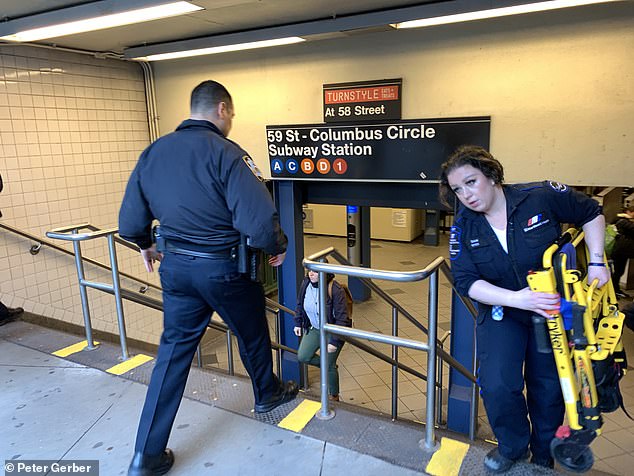 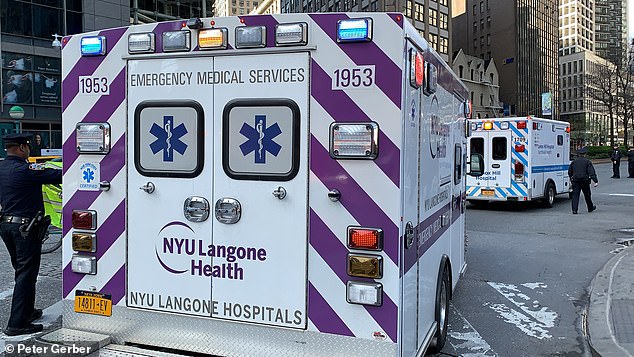 The officer was rushed to Bellevue Hospital where she died, authorities said

The mortally wounded officer was rushed to Bellevue Hospital where she was pronounced dead minutes later.

In a tweet, Police Commissioner Dermot Shea said the NYPD mourned the loss of the officer.

He said: ‘Today, the NYPD mourns as we’ve lost a fellow officer to death by suicide. Our thoughts & prayers are with their family & friends.’

Shea also provided a crisis number for officers who may need it.

Today, the NYPD mourns as we’ve lost a fellow officer to death by suicide. Our thoughts & prayers are with their family & friends.

You are never alone, help is always available. Law enforcement text BLUE to 741741 (others text TALK)— to be connected to someone who can help 24/7. pic.twitter.com/nolHq8fFKf

This was the second NYPD suicide of 2020.

Ten cops took their own lives in 2019, prompting the department to take a series of actions to try and deal with the spike, including arranging confidential counseling services. 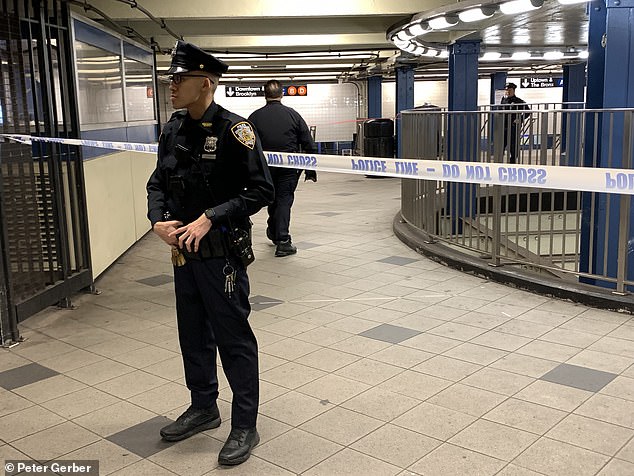 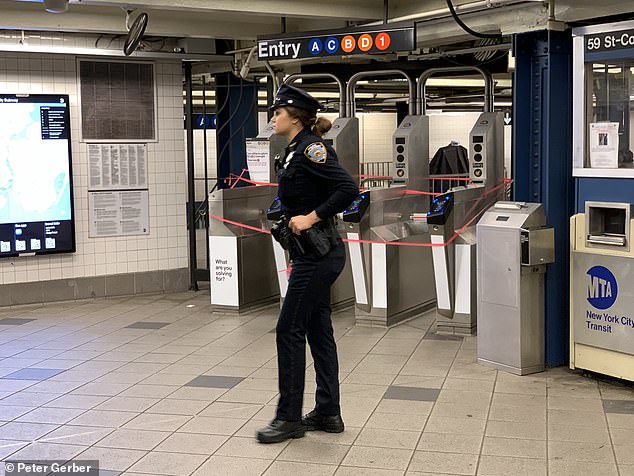 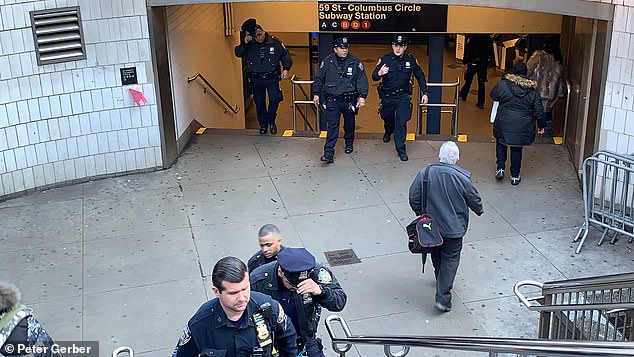 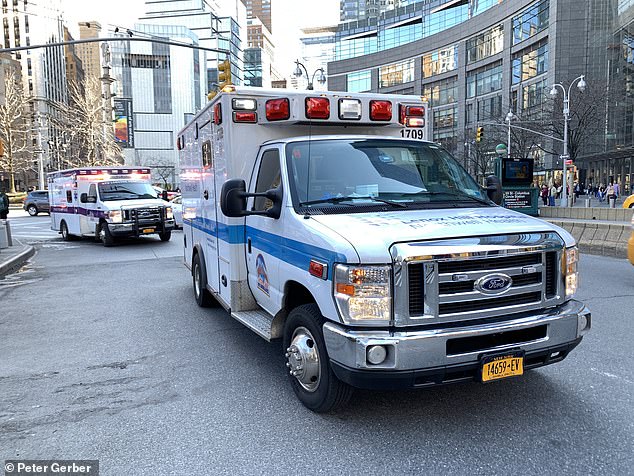 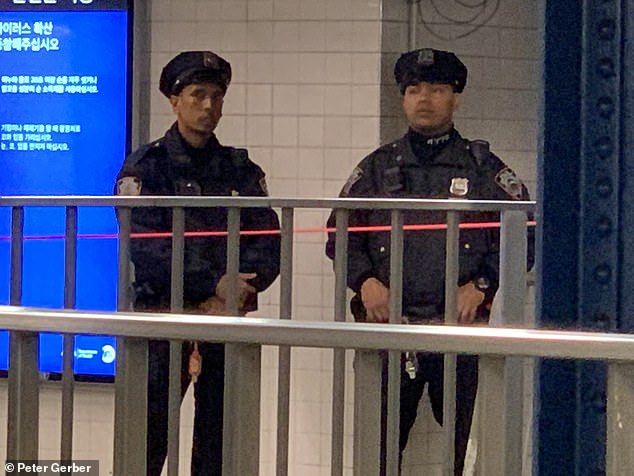 The shooting is the second suicide by an active NYPD member this year, police said 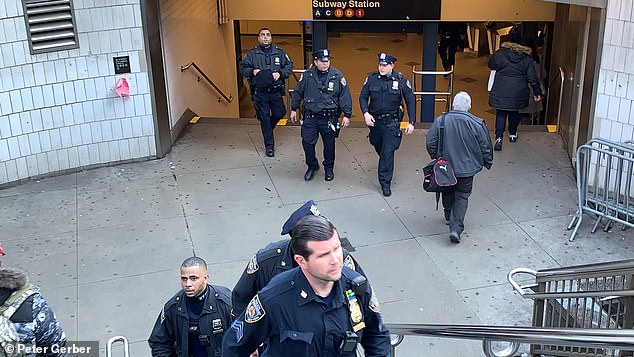 Last year, 10 active NYPD cops killed themselves, about twice the number in a typical year