A bride who was given just a few months to live and had even planned to have her daughter adopted by friends in Australia has spoken out about her second chance of life.

Lisa Simkin, from Nottingham, was told by doctors in 2013 that she would have little chance of recovery from the lung condition sarcoidosis after it developed into an emphysema, but Ms Simkin was given a new lease of life following the heartbreaking death of John and Jane Moffat’s daughter.

The Moffat’s daughter Rhona had died following a brain haemorrhage aged 33, just days after giving birth to her own daughter. But Rhona’s passing gave Ms Simkin a second chance, as the couple carried out her wish to donate her organs and the 48-year-old was given new lungs.

And with her new pair of lungs, she knew she wanted Mr Moffat to give her away when she married her fiance Jim two weeks ago. 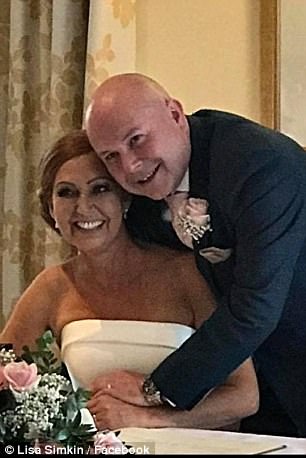 Lisa Simkin married her fiance Jim this year, after previously being told by doctors in 2013 she would only have months to live 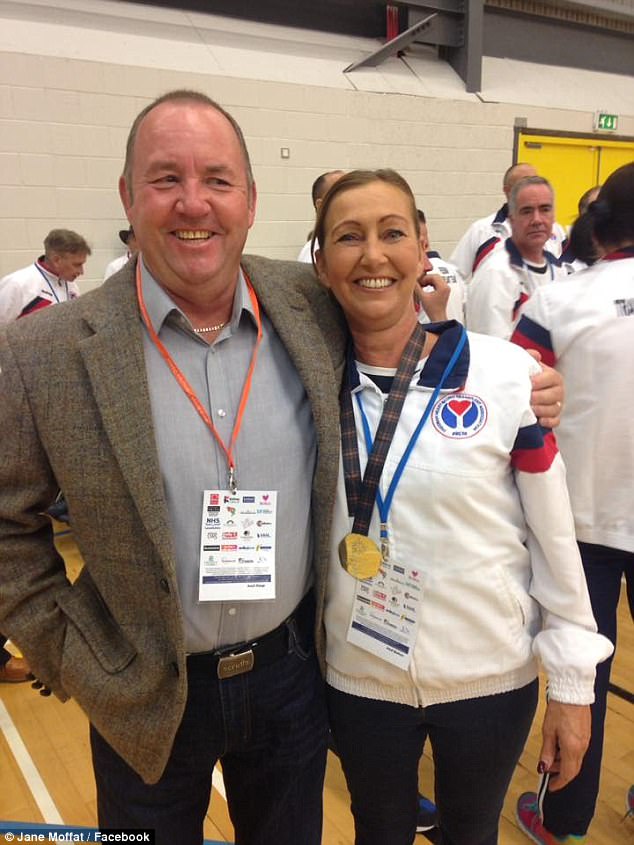 Lisa Simkin (right) has grown close with John (left) and Jane Moffat, the parents of Rhona who donated her lungs to Ms Simkin

Ms Simkin told the Mirror: ‘I didn’t have a dad to ask because he had passed away several years ago, so I couldn’t think of anyone I would want more beside me than John.’

Recalling the emotion she felt, Ms Simkin said: ‘I was doing okay, I was completely calm until I saw John looking absolutely amazing dressed up in his kilt.

‘John didn’t say anything, he just gave me a squeeze. He didn’t need to say anything because he was like family.’

She added: ‘I told myself, “Don’t cry’ because I knew if I started I wouldn’t be able to stop.”

‘As John started walking me down the aisle I tried not to look at anyone, my bottom lip was wobbling. But I couldn’t help but look across to Rhona’s mum, Jane, and she was crying, and that was it.’

John, 60, who was Rhona’s stepdad of 14 years, added: ‘It was a privilege to give Lisa away at her wedding. It gave me great pleasure.’

He added: ‘It was ­devastating when we lost Rhona. This offers us some comfort, to see what her gift gave to Lisa. It has allowed Lisa to be a mum to her children.’

Jane, 56, said: ‘It was a very emotional day. As I watched Lisa walk down the aisle, I could see Rhona.’

Aged 35, Ms Simkin was diagnosed with sarcoidosis, a disease which causes shortness of breath. But six years later it developed into an emphysema which collapsed her lung and led to half of the organ being removed.

Ms Simkin, who has two daughters aged 14 and 23, was unable to hold proper conversations, was left bedbound and unable to carry out simple tasks for herself.

She was told that she would not live to see Christmas 2013 and made arrangements for two friends in Australia to adopt her youngest child.

Ms Simkin said: ‘I sorted out who was going to adopt Amy, I sorted out my finances. My friend came to visit and it was the first time I let down my wall and allowed myself to cry. 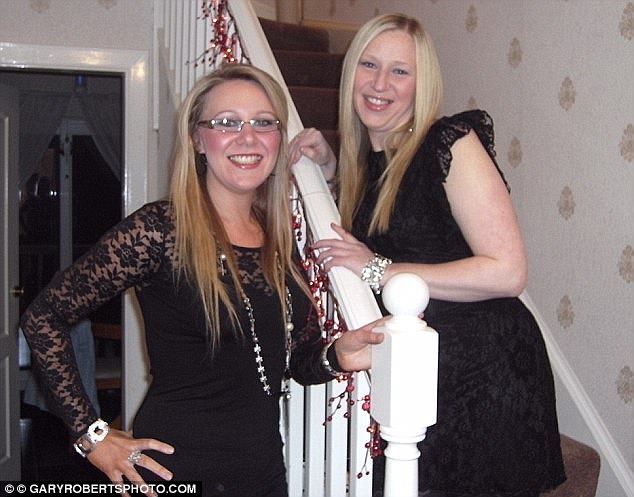 ‘I burst into tears and told her how I didn’t want to be here any more, I couldn’t cope. I was on end of life care, bedbound and on 15 litres of oxygen a day.’

But by January 2014, doctors informed Ms Simkin that a donor had been found. But she spoke about the confused emotions she had felt at the time, knowing that someone had passed away to help her live.

She said: ‘I started to feel so guilty for feeling happy, because someone had to die for me to live.’

She got in contact with John and Jane Moffat to thank them for upholding Rhona’s wish to donate her organs.

Ms Simkin added how Jane felt her chest breathing, knowing that her daughter’s lungs had given her a new lease of life. She said: ‘She placed her hand on my heart and felt me breathe. She told me I was family now, and that made me feel so special.’

Jane added: ‘When we met, the connection was instant. I fell in love with her.

Other patients also benefited from Rhona’s organs. Three women each received her liver, kidney and pancreas.

Her other kidney was given to a man and her heart valves stored for later use.