Failing Grayling gets a mauling from MPs: Transport Secretary is told to get a grip after a ‘year from hell’ on our railways amid warnings of more chaos ahead

By James Salmon, Transport Editor For The Daily Mail

Exasperated MPs have urged Chris Grayling to get a grip on the railways after passengers endured a ‘year from hell’.

The Commons public accounts committee accused the Transport Secretary and other top officials of failing to take charge.

In a scathing report, it holds the Department for Transport largely responsible for the botched introduction of a timetable last May that caused mayhem across the country.

It also offers a grim assessment of the DfT’s wider track record, saying its management of the railways ‘continues to be characterised by cost overruns, project delays and disruption’.

And it warned that 2019 was likely to be another ‘difficult year’ for passengers because of engineering works and significant timetable changes in May.

The 16-strong public accounts committee, which includes seven Tory MPs, said: ‘Unless the Department considerably improves its strategic management of the railway and transport more generally, passengers and taxpayers risk continuing to pay the price for its failures.’

Meanwhile, the Virgin Trains East Coast franchise had to be renationalised, the delayed Crossrail scheme has spiralled over budget, and concerns are growing that HS2 could suffer the same fate – if it is not scrapped first.

Labour MP Meg Hillier, chairman of the public accounts committee, said: ‘2018 was a year from hell for many rail users, and unless the Government gets a grip there is every chance that passengers will suffer in 2019 as well.’

Some 780 trains a day – or one in ten – were cancelled every day on Govia Thameslink Railway and Northern after the timetable was introduced on May 20 last year.

The committee’s report lambasted the DfT for not ensuring ‘those responsible for the railway were clear about their roles and were working together effectively’. Mr Grayling has resisted pressure to strip Govia of its rail franchise, but said the Government would cap its profits and force it to invest £15million in improving services. 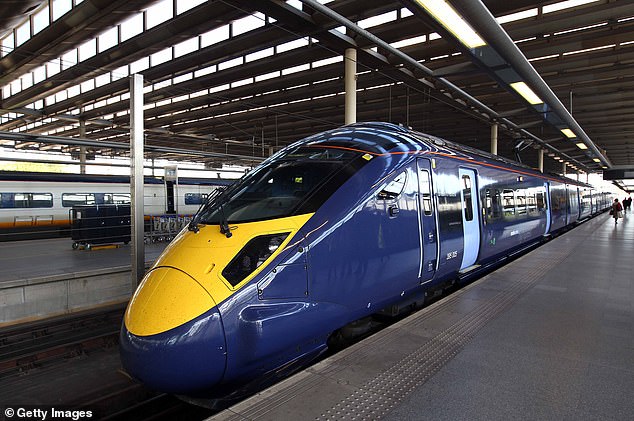 However, the committee criticised the ‘lack of transparency’ over the profit cap. It added that the DfT was ‘still not adequately protecting taxpayers’ money’.

The report also warned that the DfT’s ‘failure to learn lessons from previous programmes’ had raised doubts about its ability to deliver London’s Crossrail and the HS2 high-speed line between the capital and Manchester.

A DfT spokesman said the disruption on the railways last summer was ‘unacceptable’, adding that a forthcoming root-and-branch review of the network by former BA boss Keith Williams would focus on ‘putting passengers first’.

In a speech to industry leaders last night, Mr Williams said the franchising model no longer offered ‘clear benefits for either taxpayers or farepayers’.