Ivana Vladislava, 26, has 95G breasts and has had three boob jobs and five nose jobs, as well as having her earlobes reduced.

The professional makeup artist, from Berlin, Germany, has also had eyebrow lifts and a procedure on her jaw.

However, despite already undergoing 20 cosmetic surgeries, she is still not satisfied with her look and intends to have at least four more operations.

Ivana Vladislava, 26, has 95G breasts and has undergone 20 cosmetic surgeries to try and become a human sex doll

She said: ‘Before, I was simply ugly. I was ignored by men and was always “nice but not beautiful”

‘Other women laugh at me, they say that I look like a sex doll. Then I just say ”yes, I want to look like that.”

‘That is a compliment to me.’ 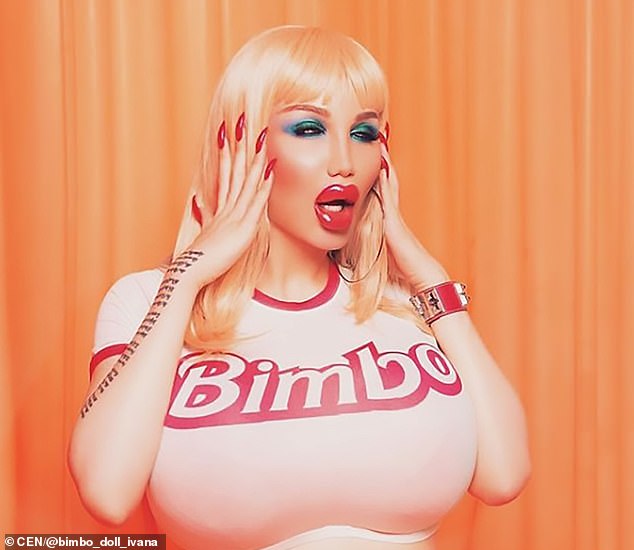 Ivana is now a social media star and has 96,000 followers on Instagram who shower her with attention.

However, her treatment has caused friction with her mother who does not want to be seen with her in public.

She said that she has not had any significant romantic relationships either. 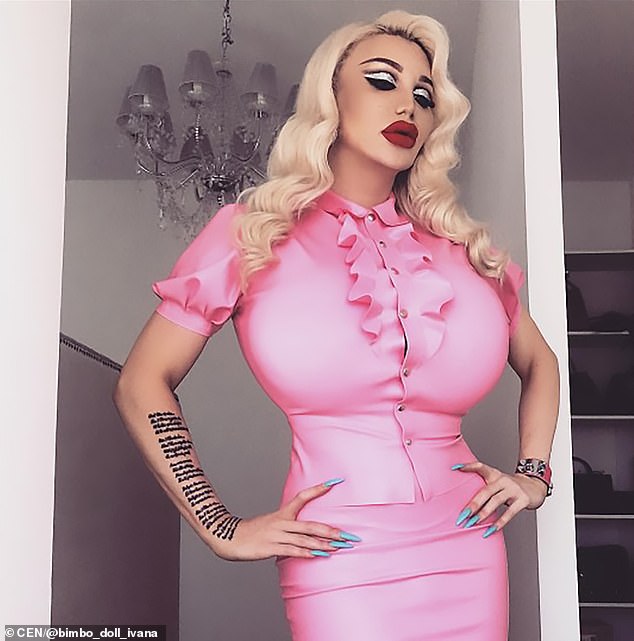 Ivana added that she has four more surgeries to go to complete her look.

She said: ‘I do not want to be normal at all, I am oriented towards dolls and I strive for perfection.’

Ivan was originally born male but shortly after her 11th birthday she began taking female hormone tablets and dressing as a girl.

After undergoing her first nose job at 17, Ivana went on to undergo 10 liposuction procedures, a breast augmentation, five nose jobs and has even had parts of her jawline, brow bones and forehead removed. 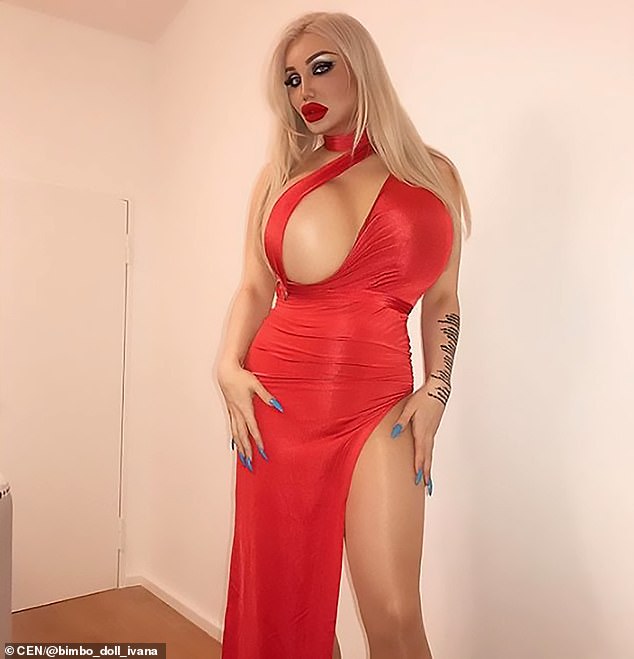 Some of Ivana’s 20 cosmetic procedures

Speaking about her journey, Ivana said: ‘From the age of 11 I knew that I was a girl and quickly decided to start taking hormones, dressing like a girl and growing my hair long.

‘As I grew into a teenager I began hating my appearance, I was ignored by men, I felt fat, ugly and unsexy.

‘But I knew I didn’t have to live like that so I made a plan of how to change my look and I began looking for surgeons across the world.

‘I booked in to have my nose job when I was 17 and since then I’ve had four more nose surgeries to perfect its size, alongside many other body surgeries.

‘And although my first surgery was painful, I knew that I wanted to continue having work done and become the plastic symbol I want to be.’ 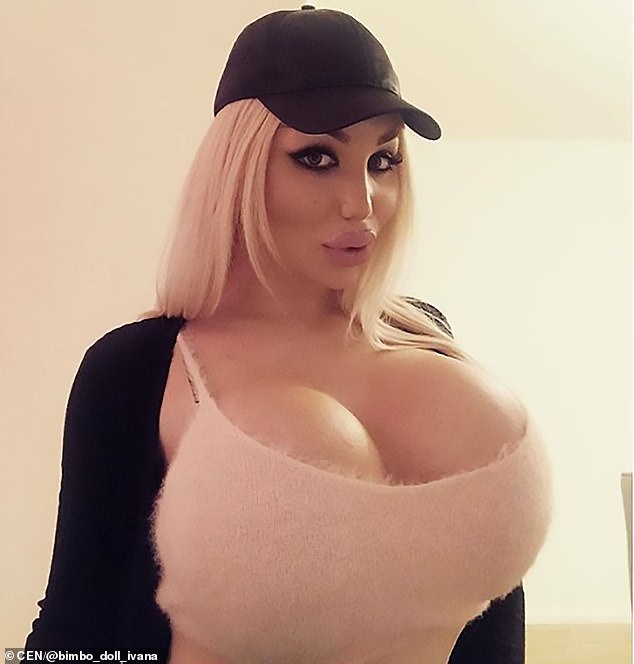