Trapped by a toxic leasehold? Don’t be ripped off TWICE

Homebuyers stuck with rip-off leasehold charges are being urged to snub new deals offered by property giants — over fears they include costly pitfalls.

Developers are under huge pressure from ministers to strike voluntary deals with homeowners to lower or axe onerous fees buried in leasehold contracts.

These can include doubling ground rent, extortionate permission fees for changing your windows or even getting a pet.

Joanne Darbyshire  bought a five-bedroom home in 2010. She says she was assured she could buy the freehold after two years for £5,000. However it has been sold to another company

Ministers have failed to legislate against them and are instead urging homeowners to come to ‘voluntary’ agreements with the freeholders.

But critics say the deals on the table tie ground rent charges to an outdated measure of inflation which could end up costing them more.

And some of the new agreements could still mean they have to pay to make changes to their home.

Campaigners say it is ‘lunacy’ to expect freeholders to act in homeowners’ best interests or let them out of profitable contracts voluntarily. Even buyers offered new deals say they feel ‘under duress’ to sign them in lieu of a better offer.

Even if leaseholders sign one of the ‘voluntary’ deals on offer from property giants, they could:

More and more houses, especially new-builds, have recently been sold without the freehold.

Developers have come to use freeholds as a way to make money and many have hiked rents, to between £200 and £400 a year, while some will double every decade.

Government estimates suggest there are 4.3 million homes with leases in England — 1.4 million of them houses.

Taylor Wimpey and Countryside Properties are among the developers who have used leasehold deals on new-build estates for several years. Both have now sold the leasehold contracts to investment companies.

Many customers were promised they could buy the freehold cheaply after a few years. But some have now been told by the investment firms it will cost them tens of thousands of pounds to buy it.

Andrea Millward, 37, lives in a three-bedroom semi-detached leasehold house in Prescot, near Liverpool, with her husband, Roi, 31, and their two children, Fienna, eight, and Isaac, five.

The leasehold has an annual ground rent charge of £295, which doubles every ten years. 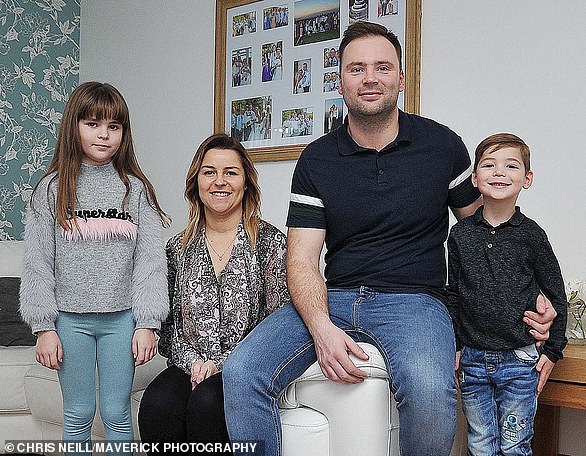 Andrea Millward with husband, Roi, and their two children, Fienna, eight, and Isaac, five in their three-bedroom semi-detached leasehold house in Prescot, near Liverpool

The couple say they were told that, after living in the house for two years, they could buy the freehold at a cost of £2,950. But 11 months after buying the house, Taylor Wimpey sold the freehold to an investment company.

The couple fear the cost of buying the freehold could now be much higher and Andrea says she was not told about the doubling ground rent until she was to far into the buying process. Taylor Wimpey has made the couple an offer to switch to an RPI-linked ground rent.

But Andrea says: ‘I have no intention of signing the RPI agreement. It is even more onerous than the terms of the doubling rent because there is no cap to it. If we sign this agreement, we are waiving away any rights to claim against Taylor Wimpey for mis-selling us the property.’

‘We wanted to move house to get into a better school catchment area, but we couldn’t sell it and we’re not allowed to rent it out. We’re trapped here.’

Now, after pressure from ministers, developers and the freeholders have offered to link many buyers’ ground rent to inflation, rather than doubling it every ten years or so.

Campaigners say property firms must allow leaseholders to buy their freehold at a fair price or negotiate fairer contracts.

Paula Higgins, of the HomeOwners’ Alliance, says: ‘These deals that have been crafted by developers’ lawyers are unlikely to offer the best deal for the homebuyer.’

In 2017, Taylor Wimpey said it would voluntarily set aside £130 million to help families who bought direct from them to move to a cheaper deal.

It agreed leaseholders’ ground rent could rise by inflation rather than doubling every ten years. 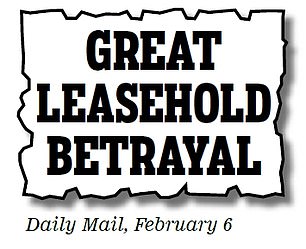 Some third-party freeholders to which Taylor Wimpey sold the leases have also offered similar deals to some buyers, as has fellow developer Countryside.

But homebuyers say they are still left paying more than £100 to ask for permission to carry out renovations and then a further charge of up to £2,500 to actually carry out the works.

Louie Burns, of Leasehold Solutions, says: ‘These new deals could be leaseholders’ best option, particularly if their rent is about to double.

‘If they need to sell their home imminently, switching to RPI would make it more appealing to buyers. It would also make it cheaper to buy the freehold — typically a multiple of their ground rent.’

Mr Burns says: ‘It is ridiculous, to expect leaseholders to be properly compensated voluntarily. The leasehold scandal was devised by developers to maximise profits. To expect companies to change something they devised is lunacy.’

The Government has now pledged to outlaw the sale of new-build homes with leases.

Joanne Darbyshire, 48, bought a five-bedroom home with her husband Mark, 49, in 2010. She knew the annual ground rent of £295 would double ten years later and continue to do so, but she says she was assured she could buy the freehold after two years for £5,000.

However, the freehold has been sold to another company.

The developer, Taylor Wimpey, has now offered her a new deal, linking her ground rent to RPI.

But she says she would now need to pay £10,000 to buy the freehold. Joanne, of Lostock, Bolton, is reluctant to sign the new deal. She says: ‘This won’t solve one of the biggest problems, which is all the onerous clauses in my contract.

‘For example, I will still have to pay for permission to make changes to my house.

‘But this is the only offer on the table and, next year, my ground rent will double. I feel like my back is against the wall.’

Taylor Wimpey charges a fixed fee to cover legal advice for those switching to an RPI contract. But Joanne says she must pay an additional £300 to cover the independent legal advice her lender wants her to take.

She would also have to agree to not taking further legal action against Taylor Wimpey.

She says: ‘If these contracts are ever found to have been unlawful, it could mean my leasehold was null and avoid. So I’m concerned I could be missing out on obtaining my freehold or getting compensation without paying these fees.’

Meanwhile, some buyers are pursuing legal action against their conveyancing solicitors, whom they claim should have better informed them of the punitive charges and restrictions they were signing up to.

A Taylor Wimpey spokesman says: ‘We listened to the concerns of our customers have had over their ten-year doubling lease terms and have taken action to put it right.

‘We were under no legal obligation to do this but we want to help our customers.’

With regards to fears that homeowners could sign away rights to future compensation, he adds: ‘This applies only to a final settlement of any claim in relation to the doubling ground rent.

‘It does not impose any other restrictions to a customer’s ability to take legal action regarding any other aspects of their lease, or claims against third parties.’

‘We will not look kindly on those who reduce the cost of ground rents with one hand and rip off leaseholders with the other.’

A Countryside Properties spokesman says: ‘Working with the freeholders of those properties, we have provided leaseholders with an appropriate solution to ensure the leases remain affordable over the longer term.

‘This has included the choice of either the purchase of the freehold or variation of the ground rent to increase with RPI.’

Fat cats who got the cream by flogging your freehold 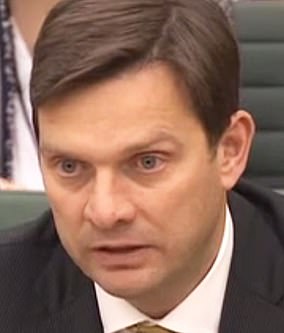 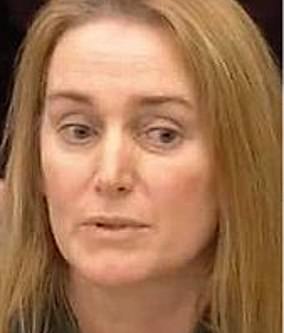 Taylor Wimpey was the biggest seller of toxic leasehold contracts. The firm, which reported record profits in 2016, partly thanks to the taxpayer-funded Help To Buy scheme, started using the leases for new houses in 2007. It sold around 10,000 with ground rents that doubled every ten years.

Jennie Daly, group operations director for Taylor Wimpey, was asked by the committee of MPs if householders were getting ‘anything’ in return for paying the developer ground rent. She replied: ‘We believe that they are unnecessary for leasehold houses in the majority of circumstances.’

Major developer Bellway Homes has built around 10,000 homes per year in the UK. Boss Jason Honeyman said his firm sold around 4,000 homes on leases over a five-to-six year period.

MP Bob Blackman asked why customers were not offered the chance to buy the freeholds before an investment firm. He said: ‘You are selling the freehold out from under them without their knowledge.’ Mr Honeyman replied: ‘Yes, we are.’

Richard Silva, an executive director for Long Harbour, which has assets totalling £1.3 billion, including 160,000 residential freeholds, admitted the company owned 4,165 ‘onerous leases’ —those on which the rent doubles more frequently than 20 years.

He said the company was offering those leaseholders the chance to convert to a lease on which the ground rent increases in line with the RPI rate of inflation, currently 3.5 per cent.

One of the directors, Simon Wombwell, 57, has seen the value of his own freehold home in St Albans increase six times since he bought it. It is now worth more than £1.5 million.

Another residential freehold baron, James Tuttiet, did not appear at the committee. His firm, E&J Estates, has acquired tens of thousands of freeholds from housebuilders including Taylor Wimpey.