Mother-of-three, 46, ‘chased down and killed’ in a hit-and-run on a rural property is remembered as a ‘beautiful woman’ – as her ex-husband is questioned by police

Gayle Potter (left) was killed in an alleged hit and run at Traralgon, in Victoria, on Tuesday night. Police are questioning her ex-partner

A mother-of-three has been killed in an alleged hit and run, as police question her ex-husband over her death.

Gayle Potter, 46, died after being hit by a vehicle on a private property in the country town of Traralgon, two hours south-east of Melbourne, about 8.30pm on Tuesday.

Ms Potter’s ex-husband was reportedly arrested by police soon after and taken in for questioning over the incident.

Tributes have flowed from friends in the large regional town who say Ms Potter was a ‘beautiful woman’.

Police were called to the property on Airfield Road about 8.30pm where they found Ms Potter’s body.

It’s believed the driver of the vehicle initially fled the scene, but the circumstances of the accident are yet to be fully established.

Victoria Police said on Wednesday afternoon that their investigation is continuing. 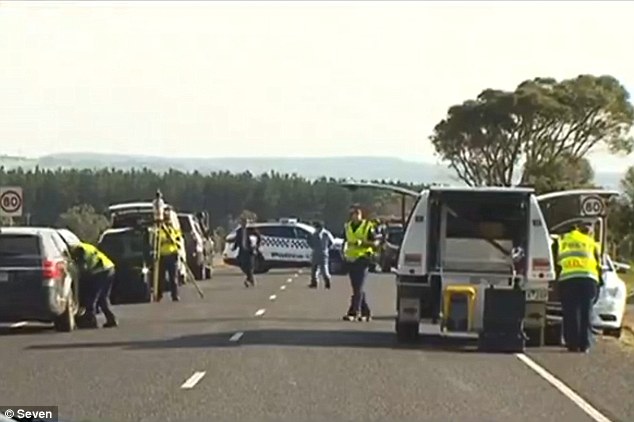