The differences in price between British Airways’ classes are big – leaping up in hundreds then thousands of pounds – but what exactly does each fare jump get you?

Four travel experts decided to find out and reviewed all four classes on a single BA Boeing 777 flight between London Heathrow and Abu Dhabi in the UAE. And the footage they took in each cabin is fascinating.

The reviewers, who all work for The Points Guy UK, bought tickets using points in First, Club World (BA’s business class), World Traveller Plus (BA’s premium economy) and World Traveller, which is BA-speak for economy. Then they drew names out of a hat (or from under cups, actually) for who would sit in which cabin – and charged up their GoPros.

Four travel experts decided to find out and reviewed all four classes on a single BA flight between London Heathrow and Abu Dhabi in the UAE. And the footage they took in each cabin is fascinating. Pictured is The Points Guy UK Content Editor Dan Ross in Club World

Once they were back in their Covent Garden, London, headquarters, they took stock and dished out marks out of 100 for each cabin.

And it was economy that was awarded the lowest mark, though it was still a fairly respectable score.

The short straw had gone to videographer Jean Arnas, who gave World Traveller 74 out of 100.

He said that the pros were comfy seating and ‘solid service’.

His gripes were that there was no amenity kit, an ‘upright seat’, a ‘cheap pillow and blanket’ and ‘disappointing’ food offerings. 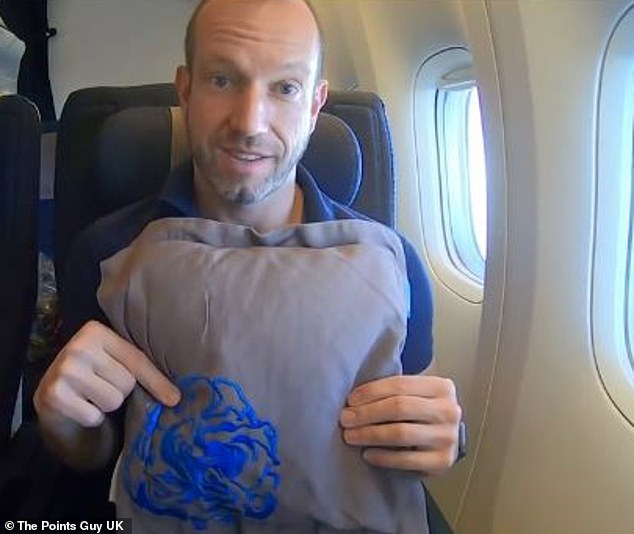 The Points Guy UK General Manager Christian Kramer, pictured, liked the roominess of his seat, but not the second meal

General Manager Christian Kramer was in World Traveller Plus, which he gave 81 out of 100.

He liked the extra seven inches of recline and extra pitch and the ‘modernised inflight entertainment screen’, but said his second meal was ‘disappointing’.

Content Editor Dan Ross was in Club World and gave the lie-flat seat, service and Wi-Fi the thumbs up.

But he wasn’t a massive fan of the food, apart from the lamb. The entertainment screen, too, didn’t impress. He said it was ‘laggy’.

He was in First and had the best experience overall.

His score was 85 out of 100, thanks to ‘a true wined-and-dined experience throughout the whole flight’. 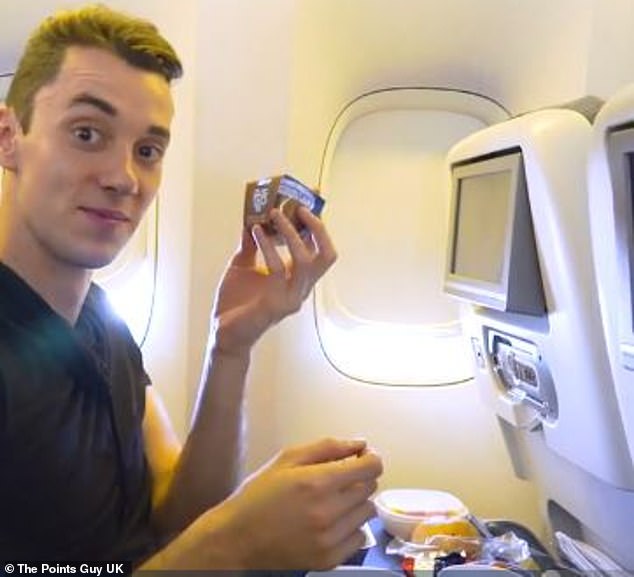 The short straw went to videographer Jean Arnas, pictured, who gave BA World Traveller 74 out of 100 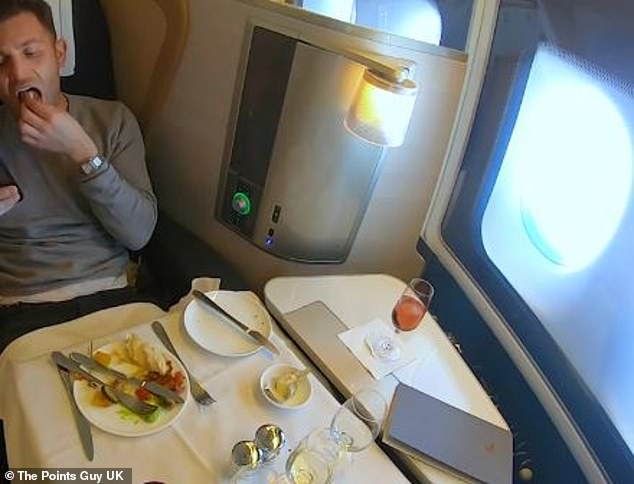 Nicky Kelvin, Head of UK Content at The Points Guy UK, thoroughly enjoyed being wined and dined in First

He deducted marks for a lack of spa treatments in the lounge at Heathrow and ‘high taxes and fees on the award ticket’.

All four reviewers praised the service they experienced.

‘We didn’t just do it for laughs — we wanted to compare each of our experiences to really understand the key differences between each of the cabins. Is the crew in World Traveller more rushed and less personable than in first class? Is the extra recline and footrest in World Traveller Plus really worth the extra cash? Is British Airways’ food ever good? 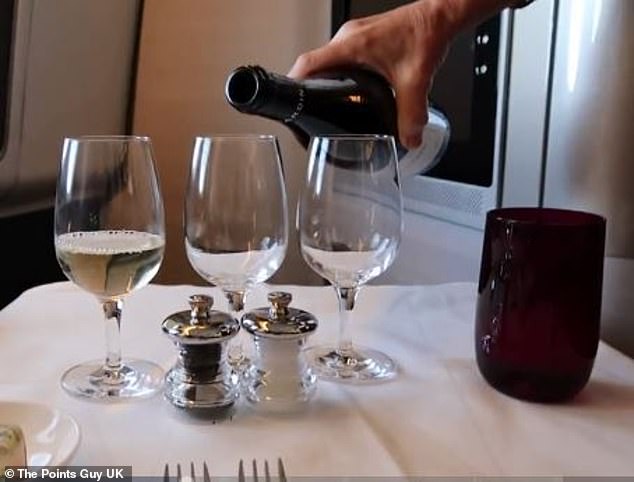 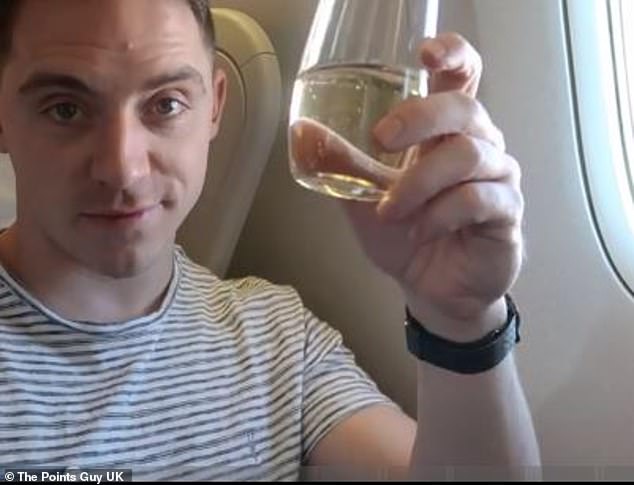 If you want the ultimate luxury British Airways experience, then you should definitely consider flying in First rather than Club World, says The Points Guy UK

‘And, at the end of the day, you can use our guide to determine if splurging for that first-class ticket is worth it. Even better, you’ll be able to walk away knowing how to use points and miles to get you that first class flight for (almost) free.

‘In the end, First and World Traveller Plus scored the best in most categories. What does this mean? Well, if you want the ultimate luxury British Airways experience, then you should definitely consider flying in First rather than Club World. The best thing is, it doesn’t have to break the bank! If paying cash (from £2,300 for a return ticket) is too steep, then 68,000 and £365 would be an excellent alternative to get you the first-class experience that Nicky had on this flight.’

For more information on travel tips and tricks, sign up to The Points Guy UK.