By Lucy Coghlan For You Magazine

From the shrill alarm that wakes me in the morning to the reassuring tones of the podcast that I fall asleep to each night, my day is a complex orchestral arrangement of unrelenting noise, which is just how I like it. Like most people I am not very well acquainted with the sound, or lack thereof, of silence. So the opportunity to escape the city for the leafy Sussex countryside village of Cuckfield to receive a silent treatment, once I was assured it didn’t involve mean 8-year-old girls in a school playground, was too good to miss.

Pulling away from the quaint Cuckfield high street you pass the Elizabethan main building that houses the majority of Ockenden Manors suites and their critically acclaimed restaurant. So far so reassuringly familiar as the archetypal English countryside retreat. But a few crunching steps further down the gravel path and peaking from behind the 19th-century walled garden is the striking contemporary design of the spa space. A modernist’s plaything of slick terracotta-toned cubes, steel accents and glass juxtaposing the rural setting quite perfectly.

A break from the country spa break norm with Ockenden Manor

This is home to Ockenden Manor’s treatment rooms, indoor swimming pool (fed by a natural underground spring), heated outdoor pool, jacuzzi’s and gym. Those too zen to complete the short walk back to the main house will be pleased to know that above the spa are 6 newly renovated suites. All of which have access to a rooftop terrace offering beautiful views of the South Downs, providing you with the perfect sundowner spot.

Although I have dubbed it the ‘The Silent Treatment’, the Ockenden Manor team use the far more appealing moniker ‘Absolute Floatation Treatment’, which I am told will ensure complete escapism for total mind and body and importantly a digital detoxification. Starting with an indulgent 30 minutes macadamia and papaya body scrub, the therapist told me that just 60 minutes spent in the tank had the same rejuvenating effects as three hours of deep sleep. So once my skin was softly buffed and delicious smelling, I was led to the isopod, which is an aptly space age name for the flotation tank which is all white plastic curves and soft blue light. The highly saline water inside enables you to effortlessly float, a feeling very akin to being weightless in space, I should imagine. (Disclaimer: I have never been in space but I have seen Sandra Bullock bossing it in Gravity, so same same.) I was surprised to find the water was room temperature. Perhaps I was expending a hot tub with a lid, but on reflection the lack of temperature contrast made the floating sensation seamless as I couldn’t tell where the water finished.

I am fully aware that being a writer can lead to a certain amount of self-indulgent neuroticism due to the constant investigating of your feelings with the aim of best describing them to others. For this reason and perhaps sadly, the prospect of an hour in the pod with only my thoughts for company did feel incredibly intimidating at first. It’s during times you are out of your comfort zone you learn a lot about yourself, so I didn’t realise on top of being an incessant noise-maker, I am a terrible fidget. At the beginning of my session I found it really difficult to stay still, in my aspirations of finding the ‘ultimate floating position’ I wiggled a lot. Only to find every time I moved a limb I would shoot to the other side of the pod, which was approximately the size of a small double bed, and end up awkwardly bobbing against the sides. Not the most graceful start. 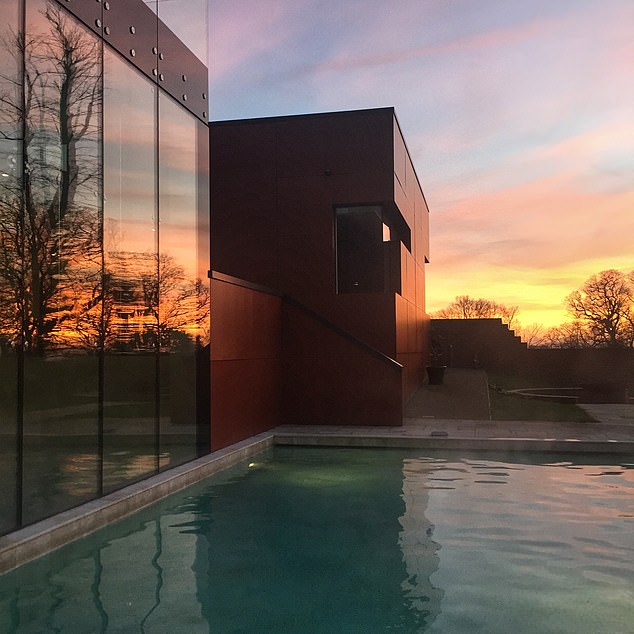 Tranquility in the Sussex countryside with Ockenden Manor

But once I had settled (to be read as desisted with the infuriating wiggling) and stopped internally chastising myself for not being able to ‘clear my mind’ – I despise yoga for this assumption that emptying your mind is as easy as simply commanding it – the isopod became an interesting and calming experience. Away from the constant stimulation of screens and distraction of noise in our inherently busy lives it does feel like a truly indulgent luxury to have the opportunity to let your mind wonder of its own accord. I am sure you will agree that time seemingly adheres to its own rules of physics most the time. Without external stimuli time seems to loop and dance, speeding one moment and unmoving the next. Mystical as this sounds, my one hour in the isopod both flew by and seemed an exceptionally long period of time.

Once emerged and showered, I was then led to the relaxation room for a restorative cup of tea prior to the final part of my treatment, the 60 minute Thai Qi Flow full body massage. A delicious contrast of activity to carefully work the muscles already calmed by my time spent floating. Usually it takes me a while to relax and settle into a massage, but as a combination treatment the isopod experience really prepares you mentally and physically to ensure you get the most benefit from the full 60-minute massage. By the time I emerged, quietly calm, I didn’t feel the panic I was expecting to rush to check my phone or engage in my usual chatter, a response I most definitely was not expecting. 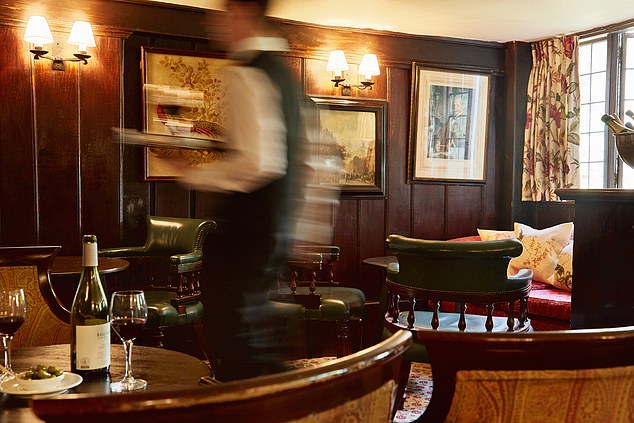 English fine dining at its best

That evening an old school friend joined me for dinner in the restaurant in the main house, a fantastic fine dining experience which fully incorporates the freshest seasonal produce Sussex has to offer in traditional English dishes. It’s safe to say I used up all the words I had saved during my silent treatment and so many more with a lot of laughs and a few snorts thrown in for good measure. Perhaps my silent treatment helped me reassess the importance of the carefully directed spoken word in a world full of unnecessary noise and endless screen time? Or perhaps it was the direct consequence of delicious locally grown Nyetimber champagne. Either way, I left Ockenden Manor and re-joined the noisy world infinitely more relaxed, and musing that perhaps silence is indeed golden.

The package includes one nights accommodation including Full English breakfast, an Awakening Floatation Treatment for one which includes: a personal consultation, a 30 minute Isopod session and a 45-minute Five Element Hot Oil Acupressure Scalp Massage and a lifestyle prescription and full use of the spa facilities.