A traveler has accused TSA of discrimination after he claimed that he was detained at the airport because of his stutter.

Marc Winski is an actor, singer, and public speaker from New York City who suffers from a speech impediment.

He has alleged that he was stopped by the Transportation Security Administration (TSA) and brought in for an extra pat-down after they said he sounded ‘nervous’ due to his speech disorder.

Marc, who often advocates for ‘stutter awareness’ on social media – where he has over 382,000 followers – opened up about his experience in a TikTok video posted last week. 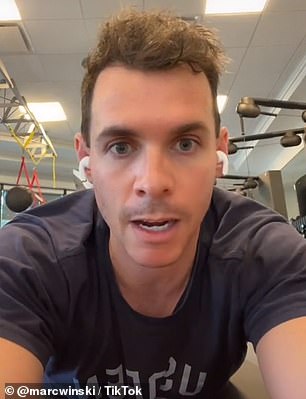 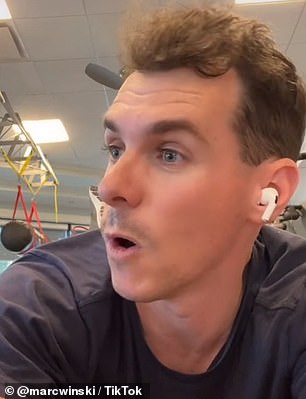 Marc Winski, who suffers from a speech impediment, alleged that he was stopped by TSA and brought in for an extra pat-down after they said he sounded ‘nervous’

‘I got detained at the airport because of stuttering,’ he wrote in the video.

‘I was walking through the airport as usual, I was going through TSA. A gate person said, “Where you headed?”‘ he recalled in the clip.

‘I said, “I’m going to Florida.” He said, “Are you sure about that? You seem kind of nervous.” I said, “No, I just stutter sometimes.”

‘He said, “I need to take you this way for an extra pat-down.” Is that discrimination? I’m not sure, but it didn’t make my day. Just another day in the life sometimes.’

‘The things we deal with…,’ he captioned it, along with the hashtags, ‘#StoryTime, #Stuttering, #Disability, #Stutter, #Airport, and #TSA.’

Many viewers were outraged by the TSA employee’s actions and shared their dismay in the comments section.

‘It is discrimination,’ wrote one person. Another agreed, ‘Definitely. I have faced prejudice all my life and I let it run my life because of my speech. Keep spreading awareness.’ 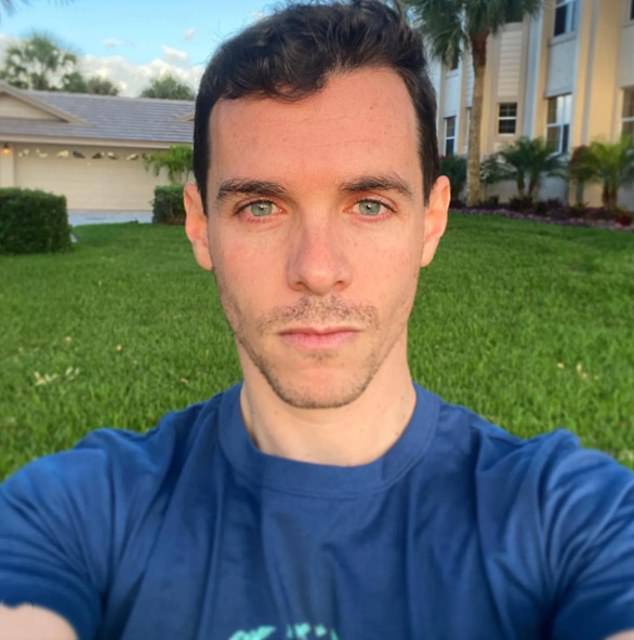 The TikToker explained that he was on his way to Florida when he was suddenly questioned by a TSA employee, who asked him where he was headed 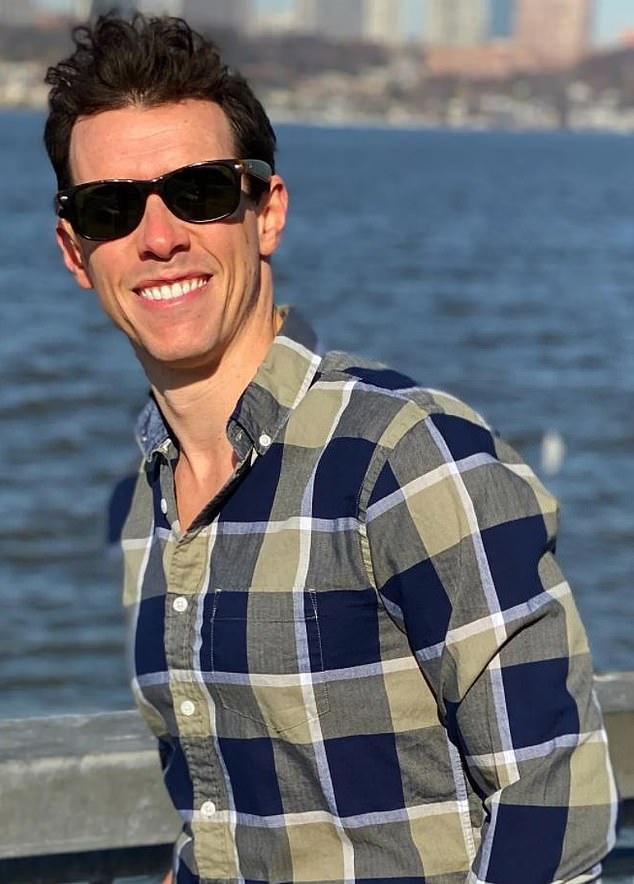 After telling the unnamed airport staff member he was on his way to Florida, Marc said the agent told him he ‘seemed nervous’ and that he would have to come in for further screening

Others who suffer from stutters themselves also spoke out, with someone else adding, ‘This is [by far] one of my biggest fears. It’s the reason I have my wife speak for me at airports and border crossings.’

‘As a person who stutters, I would probably cry,’ said a different user. ‘I’m sorry. This should not have happened to you.’

‘There’s a big difference between someone stammering in nervousness and someone who stutters,’ read a fifth comment. ‘They were ignorant and I’m sorry you dealt with that.’

‘I’m so sorry this happened to you. That was definitely not right,’ added another supporter.

In 2016, a woman named Kylah Simmons claimed that she was discriminated against by TSA because of her stutter.

She alleged that she was detained and questioned for over an hour after she stuttered when asked where she was flying to by a customs agent, which caused her to miss her connecting flight.

‘I felt inferior, intimidated, and bullied,’ she told The Mighty at the time.

Kylah, from Washington, D.C., said she was never told why she was detained, but said she was asked about her stutter – and even accused of lying about it during the hour-long questioning.

‘What upset me the most was that the [customs agent] addressed my stutter as a “problem,”‘ she wrote in an open letter to the U.S. Customs and Border Protection posted on her Facebook.

‘I looked him in the eyes and explained to him that my disability was not a problem, but was simply a personal challenge for me that makes it difficult for me to communicate.

‘I was continuously told that I was lying and that I was being dishonest. All my life, I have been bullied and silenced because of my stutter. I felt silenced today.’

‘I would like people who stutter to know they have a voice, and if they feel the need to speak up, they have that right to do so,’ she added to The Mighty.

‘People who stutter can no longer be silenced. We have something to say, despite the challenges we may face.’ 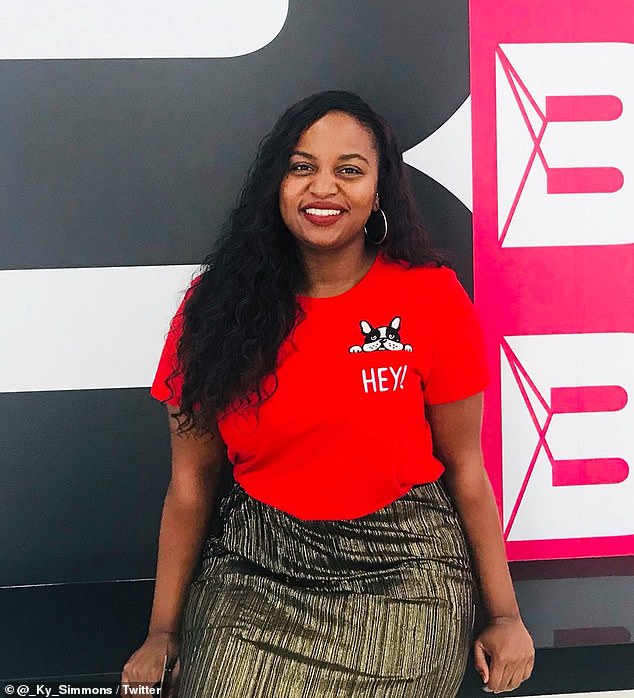 Back in 2016, a woman named Kylah Simmons (pictured), claimed that she was discriminated against by TSA because of her stutter 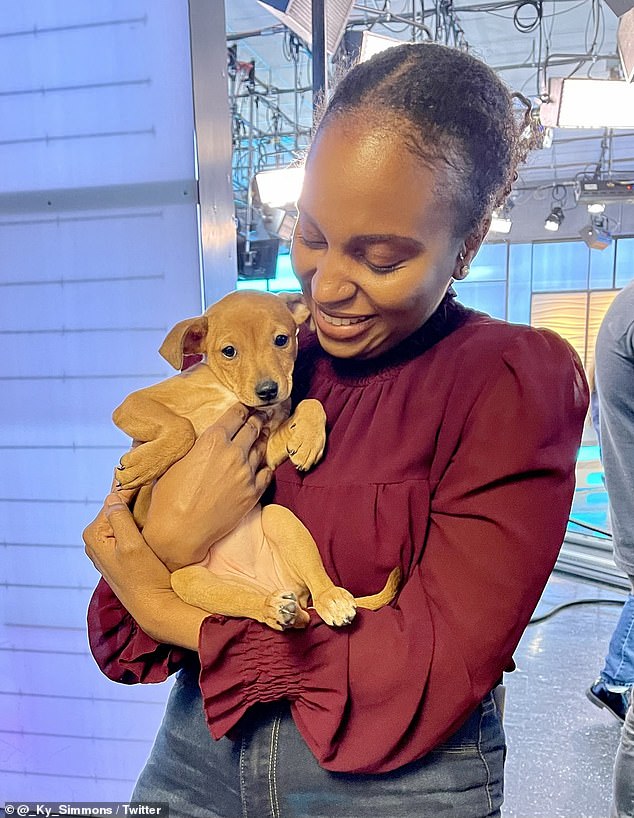 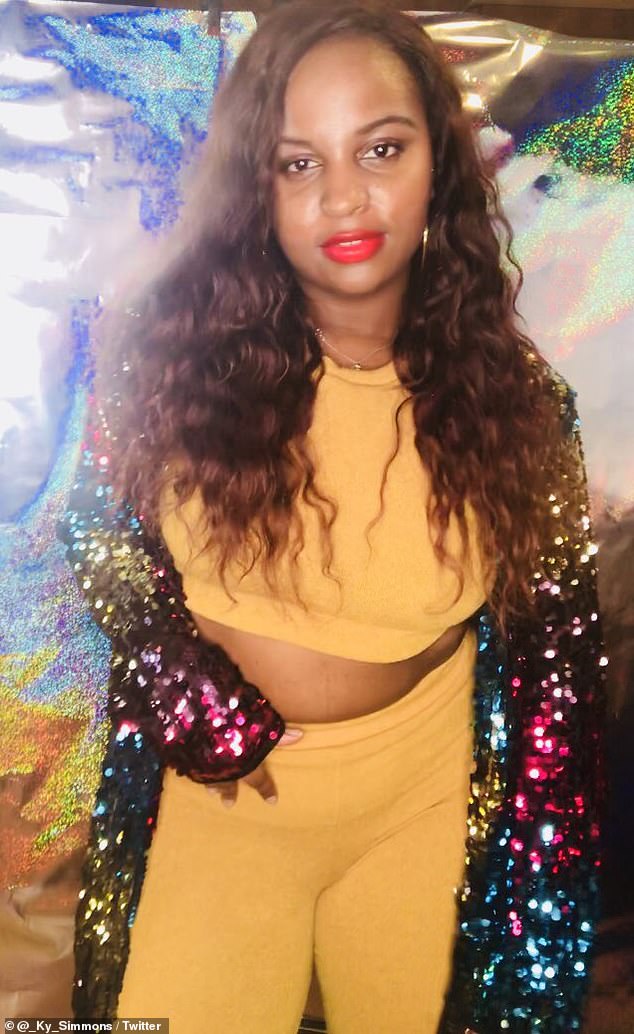 Kylah, from Washington, D.C., said she felt ‘inferior, intimidated, and bullied’and was even accused of lying about her stutter during the hour-long questioning

According to a 2013 Government Accountability Office (GAO) report, detailed by the Washington Post, the Behavior Detection and Analysis (BDA) process used by the TSA is not supported by science.

The GAO concluded at the time that there was ‘no evidence’ that ‘it’s effective.’

‘The GAO report recommends that Congress stop funding for the program, which has cost more than $878 million since its launch in 2007,’ the Post reported at the time.

‘Critics have suggested that the stress and exhaustion that often accompany air travel are too easily misread as suspicious behavior.’

However, the TSA defended its tactics in a response to the report.

‘Behavior detection is vital to TSA’s layered approach to deter, detect, and disrupt individuals who pose a threat to aviation,’ it said in statement.

‘Looking for suspicious behavior is a common sense approach used by law enforcement and security personnel across the country and the world.’