A huge group of travellers who set up camp in the shadow of the Olympic stadium for just two weeks allegedly fly-tipped ‘tons’ of rubbish after ‘setting up an illegal waste collection service’.

Mountains of rubbish were spotted looming above hoarding at the empty site, near the Copper Box Arena in Stratford, east London.

Pipe fitter Chris Clark, 61, who has been working in the area, said he has seen the mountain grow hugely since the travellers arrived.

The land belongs to the London Legacy Development Corporation, set up after the Olympics to promote growth in east London, which has confirmed the site has been leased to a housing developer which will be paying for the removal costs.

A huge group of travellers camped at the Olympic Park in London allegedly set up an illegal waste collection service with tonnes of rubbish left at the site, pictured. 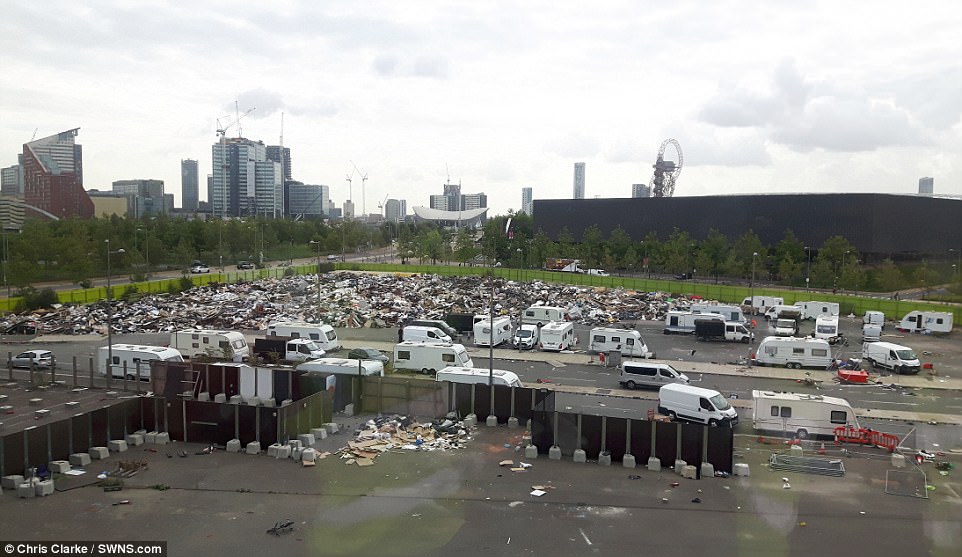 The mountain of waste, pictured, has built up over the past month in Stratford, according to workers in the area, with the travellers said to have first arrived around two weeks ago. They were moved on last week 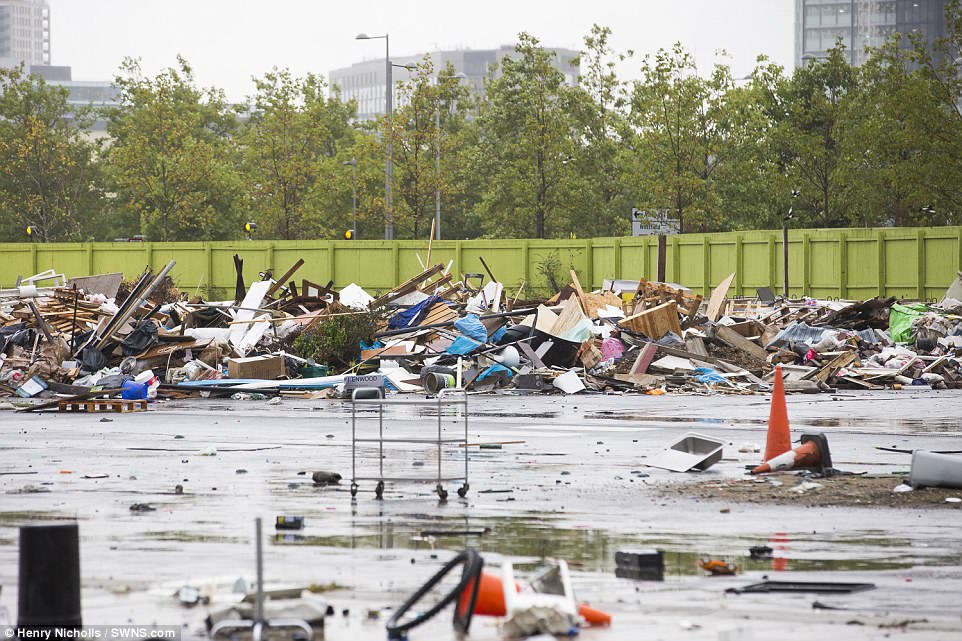 Furniture including tables and chairs, piping, wooden decking, plastic sheets and other household waste are all among the waste, pictured, left in the empty site next to the Copper Box Arena

The plumber from Bromsgrove, Worcestershire, has been near the site refitting out a university building since March and claimed the group were doing illegal rubbish collections.

Mr Clark said: ‘A lot of what they’ve been dumping is household rubbish, stuff like that – it’s a huge pile covering a big area.

‘I’ve been here for about three weeks and you could see the travellers bringing the rubbish along, dumping it and then going away again.

‘They were obviously picking up rubbish from elsewhere, they wouldn’t have brought it with them and there’s not a chance it’s just their waste. 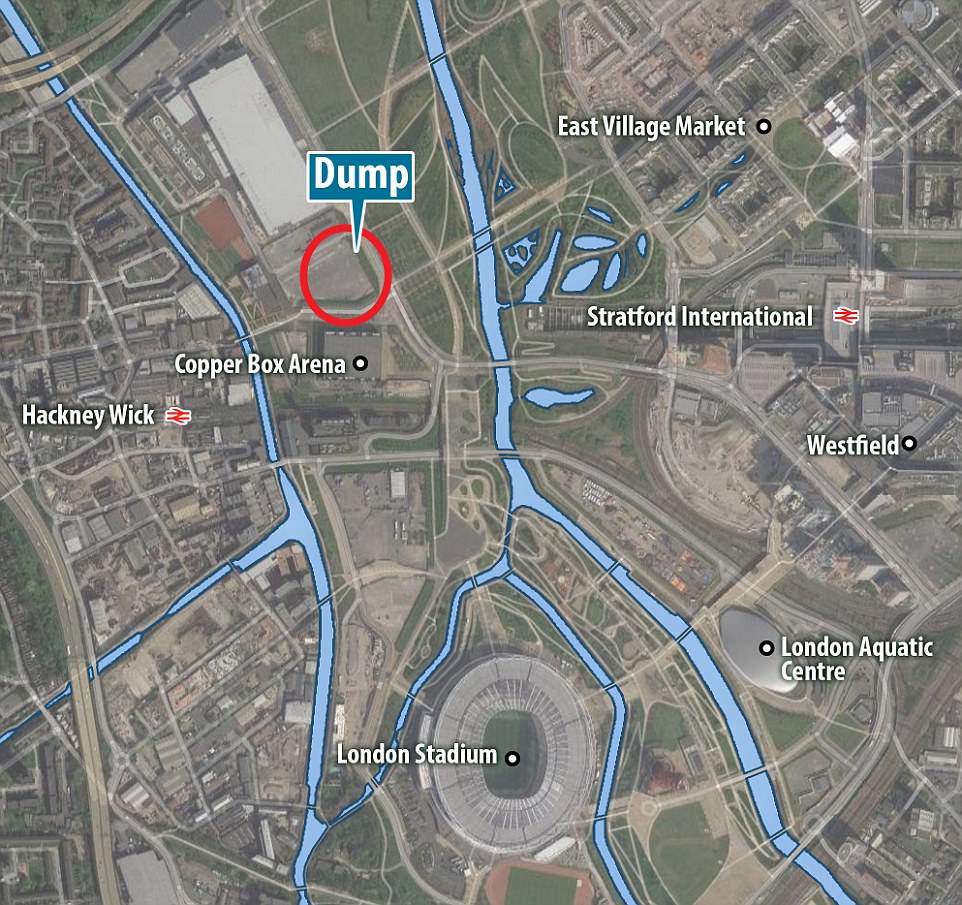 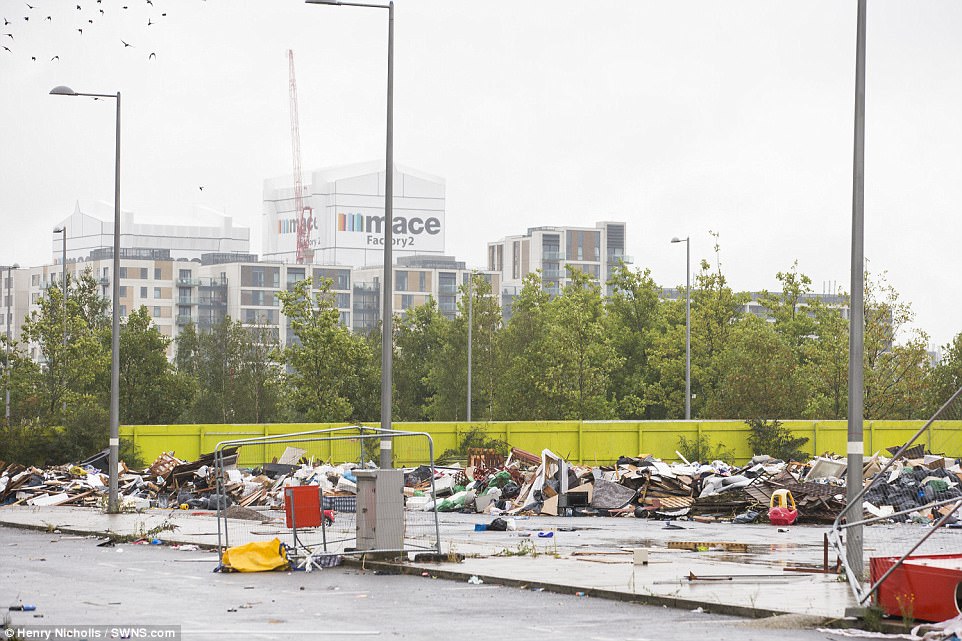 Plumber Chris Clark, who has been working in the area over the past three weeks, alleged travellers have been ‘bringing rubbish along, dumping it, and leaving again’ 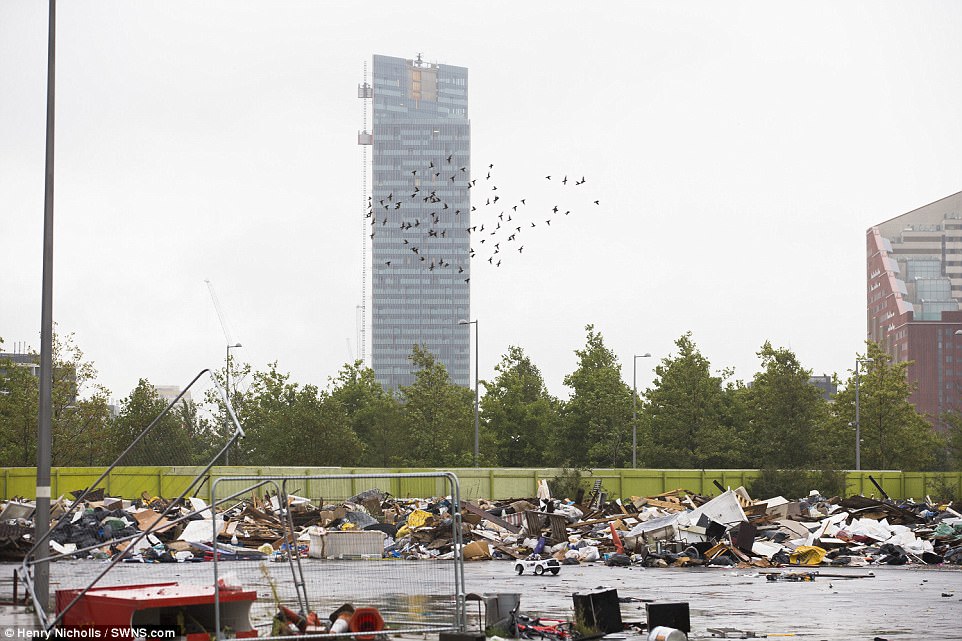 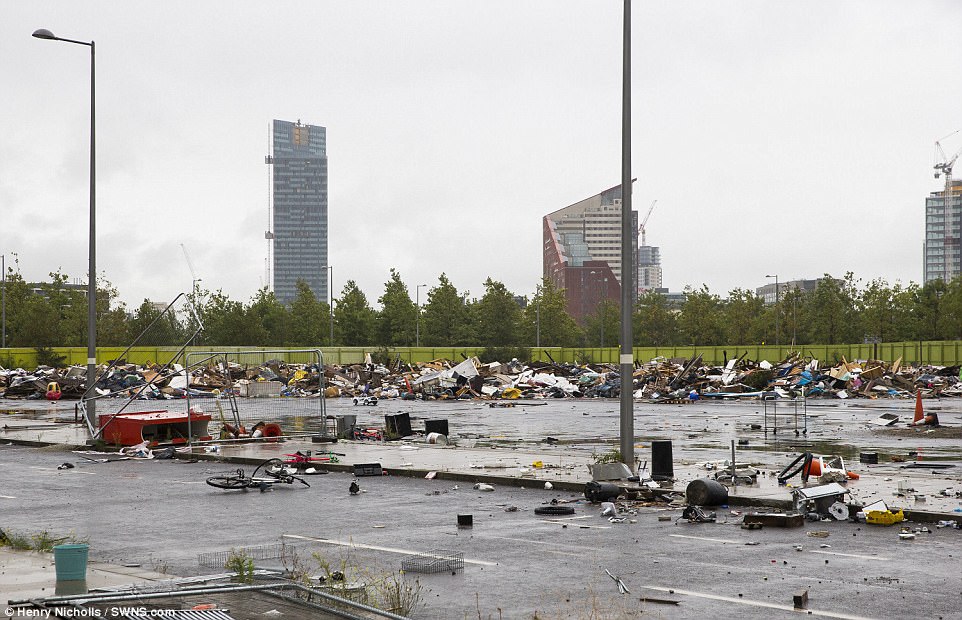 Metal fencing and bicycles are also among the rubbish strewn across the concrete, which is in the shadow of the Olympic Park

‘It looks like people are paying them to take rubbish away and this is where they’re tipping it.

‘There are some blue bags which might be theirs but the rest is definitely not just personal waste, there’s builders rubbish too.

‘There were about 21 caravans and you could see people coming in and out all the time, there were quite a lot of them.

‘They were moved on Thursday morning, about 11am, by council officials, but they haven’t started clearing it yet.

‘The council looked like they were trying to work out how to get rid of it and I took those pictures just before they were made to leave.’ 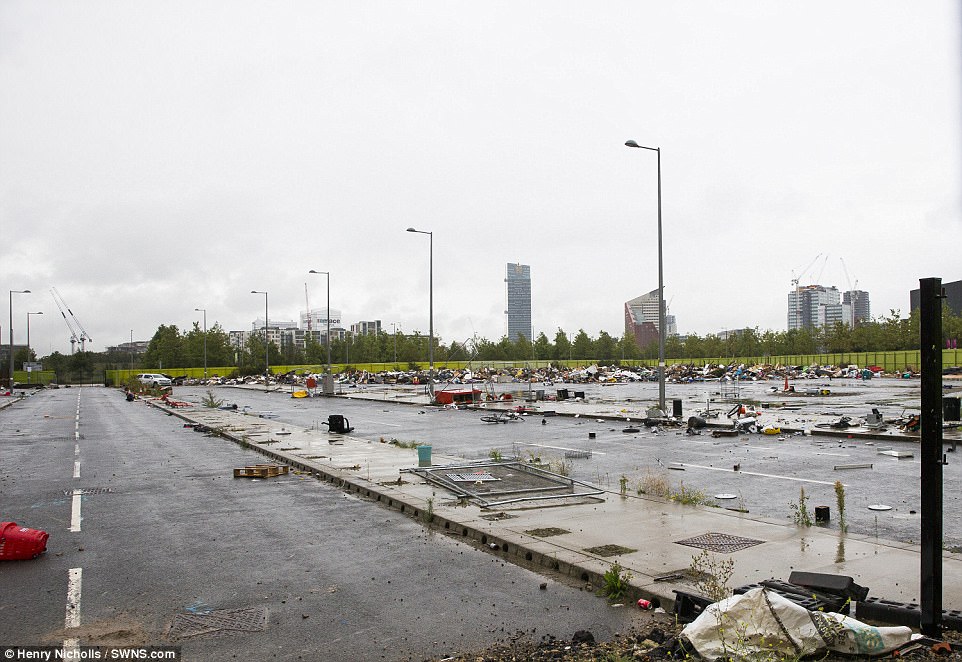 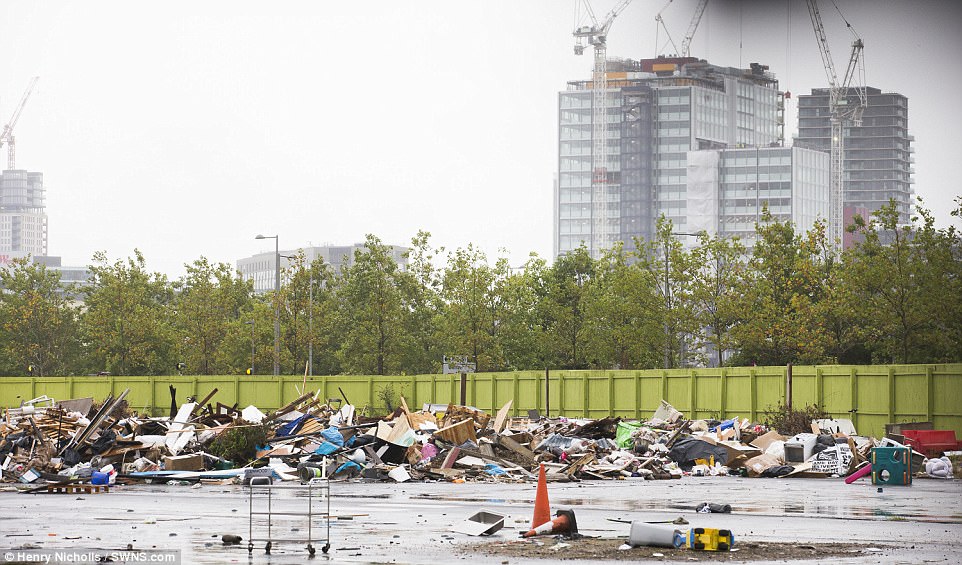 It has been alleged the travellers were ‘being paid to take rubbish away’, including building waste, and ‘dumping it’ in Stratford

The London Legacy Development Corporation said travellers moved onto the site on August 27 and had been removed on September 9.

The Corporation said the land is under licence to a housing developer which will pay for the site to be cleared.

A spokesperson said: ‘A group of travellers had been illegally occupying a housing development site on Queen Elizabeth Olympic Park since 24 August, 2017.

‘LLDC obtained a High Court order for the group’s removal and court officers enforced the order on Wednesday 9 September with support from the Metropolitan Police.

‘We have taken back possession of the site, which is under licence to a developer, from the illegal occupiers and the developer will meet the cost of cleaning the area.’