Returned international travellers who refuse to be tested for COVID-19 on the tenth day of hotel quarantine in NSW will be made to extend their stay by an extra 10 days.

It comes as six new cases are reported in the state on Saturday, including a man in his 70s from Sydney’s west. 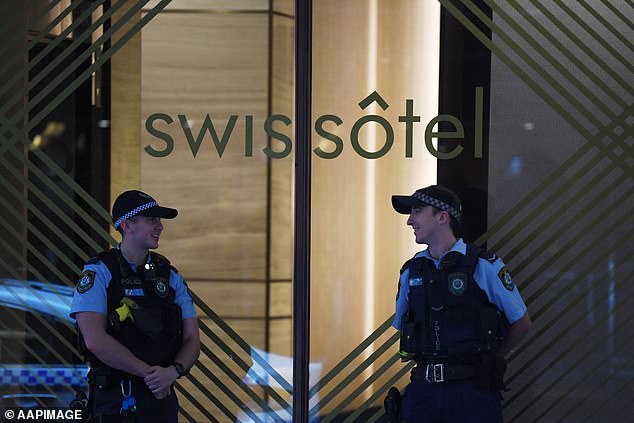 Less than two per cent of returned travellers in hotel quarantine have refused to take a coronavirus test on the tenth day of their stay, NSW Health said.

‘NSW will ensure all returned international travellers entering Australia will either be tested for COVID-19 during their hotel quarantine at day 10, or be required to extend their quarantine by an extra 10 days,’ the department said in a statement on Saturday.

‘NSW already requests all of these returned travellers undertake a COVID-19 test on day 10 of their quarantine, and less than two per cent have refused to take the test.’

Testing on day 10 was established by NSW Health on May 15, and since then 59 of 11,634 returned travellers have been found to be positive.

They are in addition to the 3314 returned travellers who displayed symptoms and were tested in quarantine hotels before or after day 10. 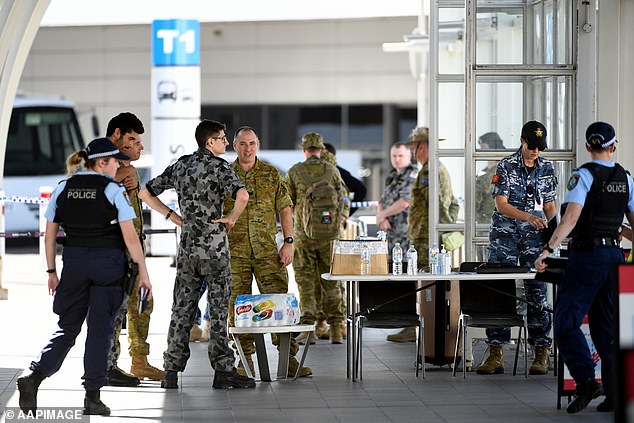 Personnel from the NSW Police Force, Australian Royal Navy and Australian Defence Force are seen waiting for Australian residents returning from India, to help usher them towards waiting busses for the beginning of their 14-day imposed quarantine on May 8 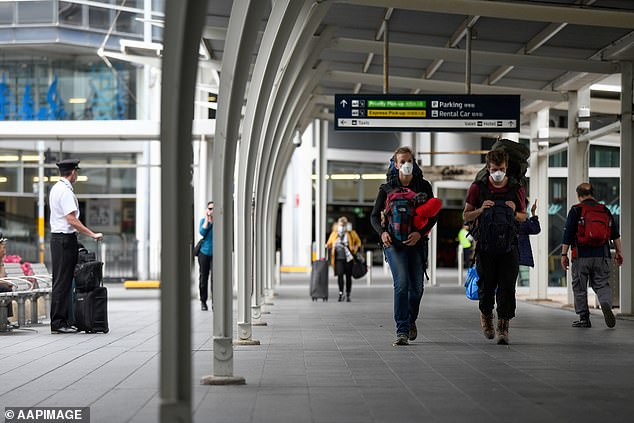 Since March 29, 105 of these symptomatic returned travellers have tested positive.

The six cases reported on Saturday bring the state’s total number of coronavirus cases to 3174. A total of 58 cases are being treated by NSW Health, with none in intensive care.

A record total of 23,733 tests were notified in the reporting period, NSW Health said.

It follows the closure of a school in southwest Sydney after a year 7 student tested positive for COVID-19.

A testing clinic has been set up at Camden Hospital anyone linked to Camden High School who has been unwell or has flu-like symptoms has been urged to get tested.

‘The school will continue to support students with at-home learning arrangements while the school site is non-operational,’ the NSW Department of Education said in a statement on Friday.

The infected student is believed to have attended school all week.

The case was one of six reported across NSW on Friday. 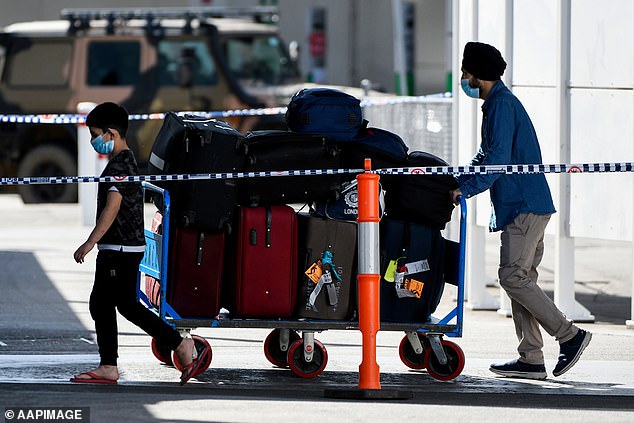 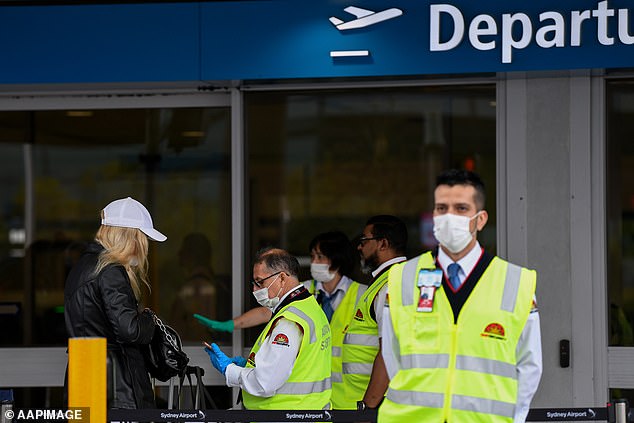 Camden High’s closure comes after Lane Cove West Public School was closed for deep cleaning on Thursday following news a seven-year-old had developed symptoms on Saturday. However, the child reportedly had not attended school during the week.

Woolworths customers in NSW will be permitted just two packs of toilet paper and paper towels.

Coles enacted nationwide product limits including one pack per shopper of toilet paper and paper towels, and two packs of flour, sugar, pasta and rice.

Following increased cases in Victoria, where the number of new coronavirus diagnoses has grown by double-digits every day for the past week, NSW has announced it will turn away football fans from the southern state.

NRL and AFL spectators trying to enter NSW stadiums from July 1 are likely to be required to show their driver’s licence to prove they’re not from Victoria.