Movies can provide the perfect inspiration for travellers on where to visit next.

But it seems that the way places are portrayed on the big screen aren’t exactly how they are in real life – thanks to traffic jams, extreme weather and unrealistic accommodation goals.

And now travellers have been revealing the cities they have visited that are nothing like they expected them to be.

Travellers have been revealing the cities they have visited that are nothing like they expected them to be. One said LA had far more traffic jams than the movies showed

It came after one Reddit user asked fellow members of the forum ‘Which cities are most incorrectly portrayed in the media today?’

And travellers couldn’t wait to wade in with their experiences, with Los Angeles and Hollywood itself coming in for criticism.

Shippoyasha wrote about the city: ‘TV shows and movies don’t show people getting stuck in traffic forever during their daily routines.’

While rmrgdr added: ‘It’s portrayed either as some ultra hip or ultra crime city.

‘Neither is true, 99 per cent of the people here, no matter what their race, color or origin are very cool and are just living their lives. No drama.’

Other cities in the US also didn’t live up to expectation for some, including New York thanks to the Friends TV show.

OofBadoof wrote: ‘Most movies and TV depict semi-employed 20-somethings as living in these huge gorgeous studio apartments instead of the reality of living in a closet.’

And Reddit user hauntedbypaul was infuriated by how San Francisco is portrayed on screen. 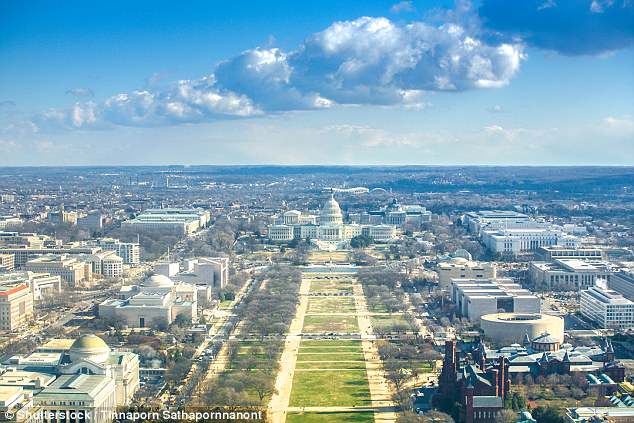 One Reddit user slammed the way some movies and TV shows depict the Washington D.C. landscape as having skyscrapers when there aren’t many

He said: ‘Nobody gets the look of San Francisco right. The part of it that looks like an actual bustling city is a relatively small portion of it.

‘When I was watching the Psych movie and they portrayed Chinatown as having huge like five-six story buildings I rolled my eyes so hard.’

Chicago was also mentioned for not being anything like its reputation, with TheMidwesternLariat adding: ‘Chicago isn’t a war zone where you dodge bullets every day. Most of the city is fine.’

While SkyPork slammed the way some movies and TV shows depict the Washington D.C. landscape.

Outside of the States, 94percentstraight said they were disappointed with how London came across.

While AwkwardPandaGirl added that she hates the way that Australia is shown in films.

She explained: According to most of those movies we all live in s***ty shacks in the desert and have no fashion sense or sense of manners or class.

‘This is totally untrue for most of the country, most of us live within a few hours drive from the coast or on farming land. And a lot of us live in cities or well developed towns and suburbia.’ 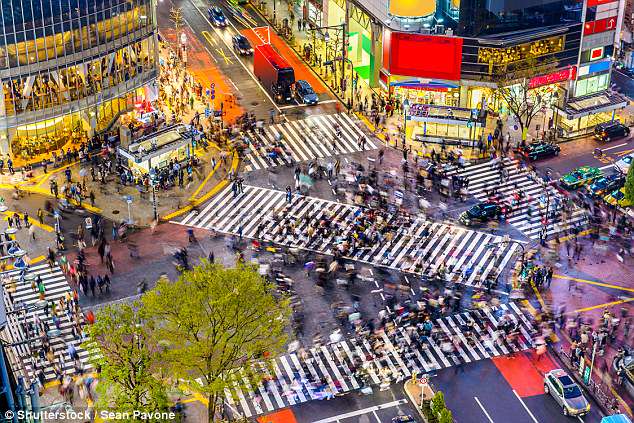 Another city mentioned in the thread was Tokyo, with ApolloX saying it wasn’t just the hustle and bustle he had seen in movies.

He wrote: ‘It isn’t the anime haven some think, the miserable rainy neon light big city where everyone just walks by each other with out acknowledging each other, or the depressed overworked businessman who drink like there is no tomorrow on weekdays.

‘Tokyo also has the best balance of keeping old traditional buildings and aggressively modernising in other areas. Parks are also amazing because even though they are in the middle of the city they are so quiet.’

While Ra1dder added that his experience of Africa was different to what he was expected.

He wrote: ‘Basically every city in Africa. Turns out everyone there isn’t in super poverty.’