Travellers have pitched up near the quaint Berkshire village of Datchet – less than two miles from Eton College and Windsor Castle.

The group of around 30 caravans arrived in the area on Sunday, when they allegedly broke into an empty business park near Heathrow’s Terminal 5 and the M4.

Locals claim they broke down an entrance barrier causing £5,000’s worth of damage before land owners employed 24-hour security and moved them on.

They are now parked next to the Queen Mother Reservoir a stone’s throw away from Datchet, where residents say they have been ‘intimidating’ dog walkers.

Pictures show rubbish strewn around the vehicles and young women walking around in their dressing gowns and slippers. An expensive white Mercedes has also been seen parked up. 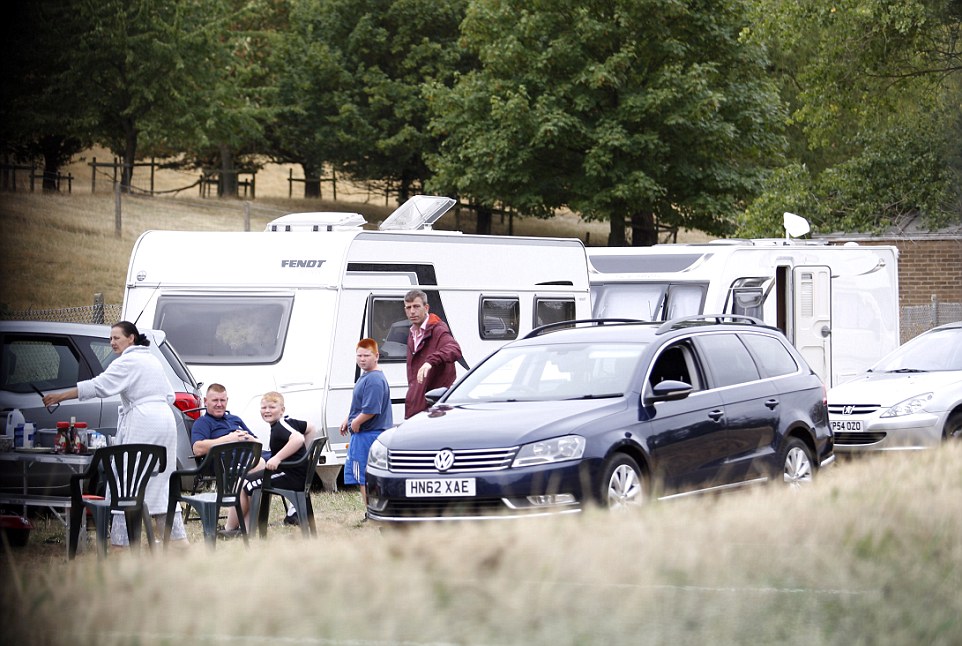 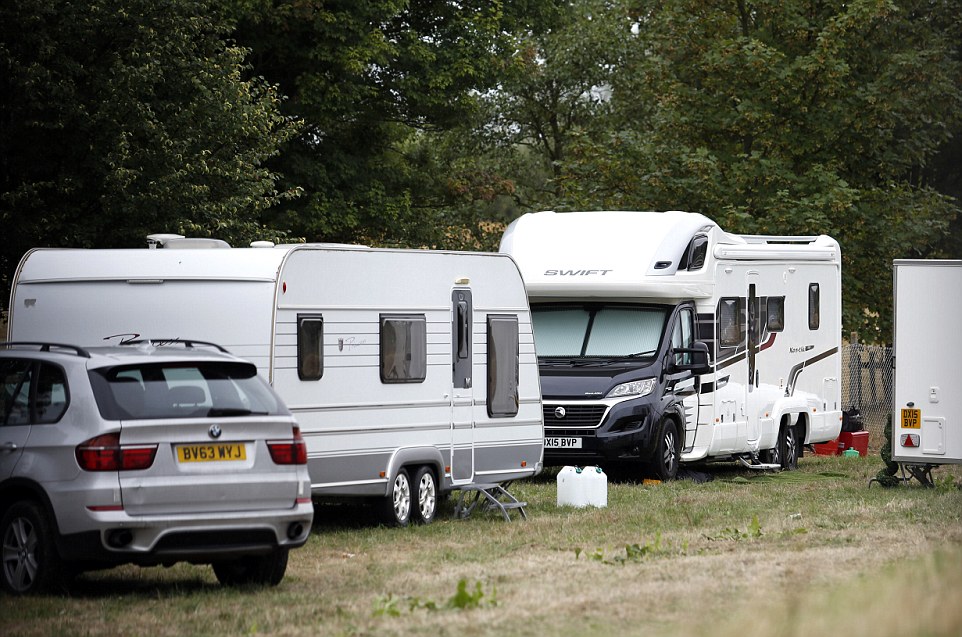 Locals claim 30 caravans arrived in the area on Sunday, breaking into a nearby empty business park and causing damage 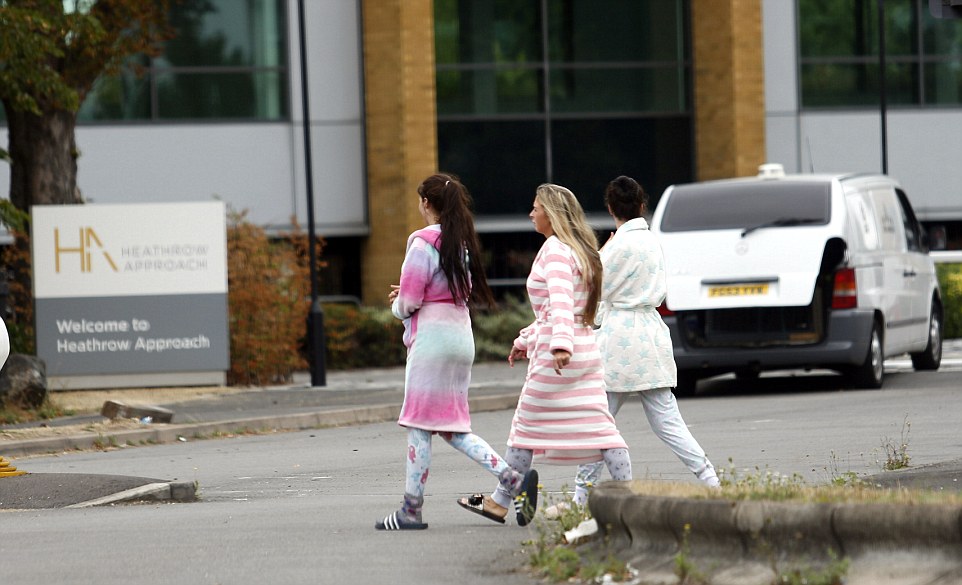 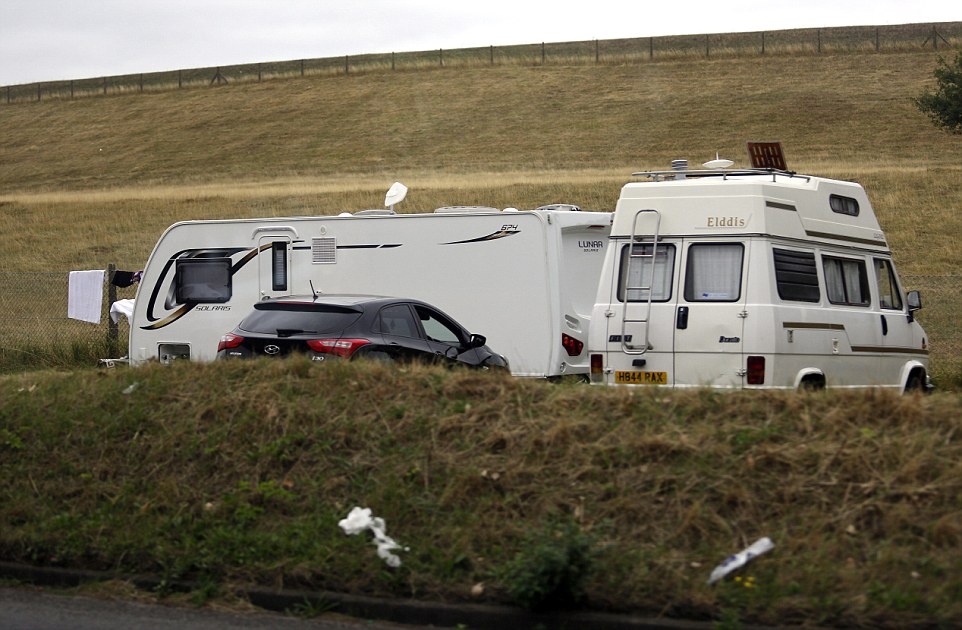 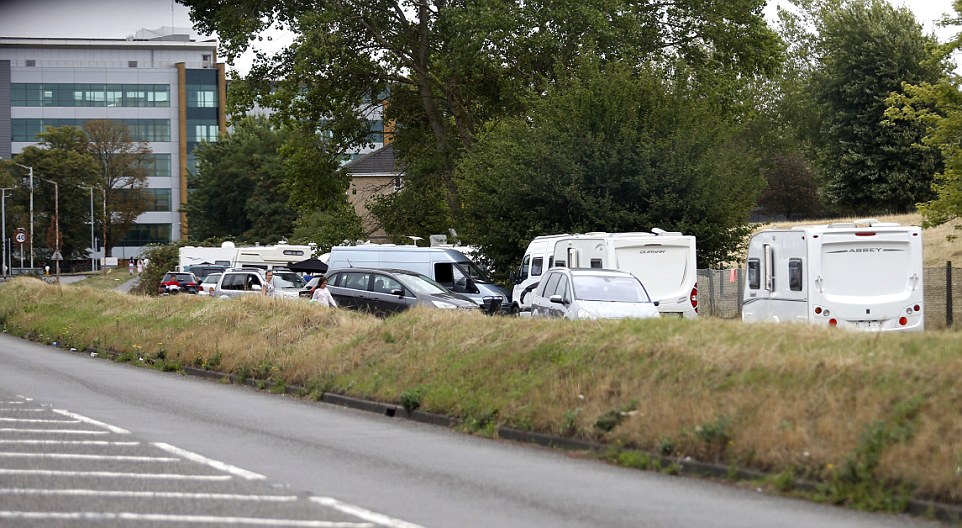 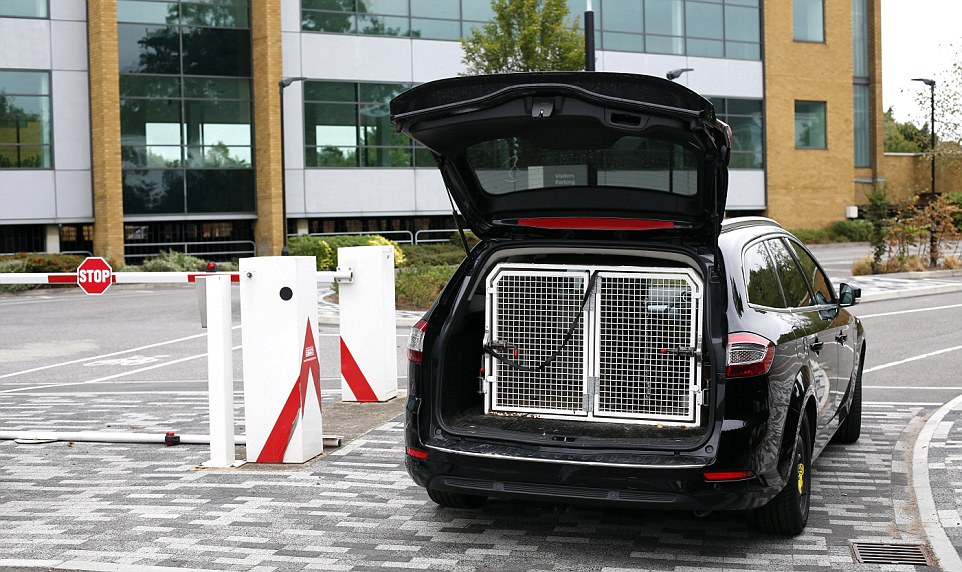 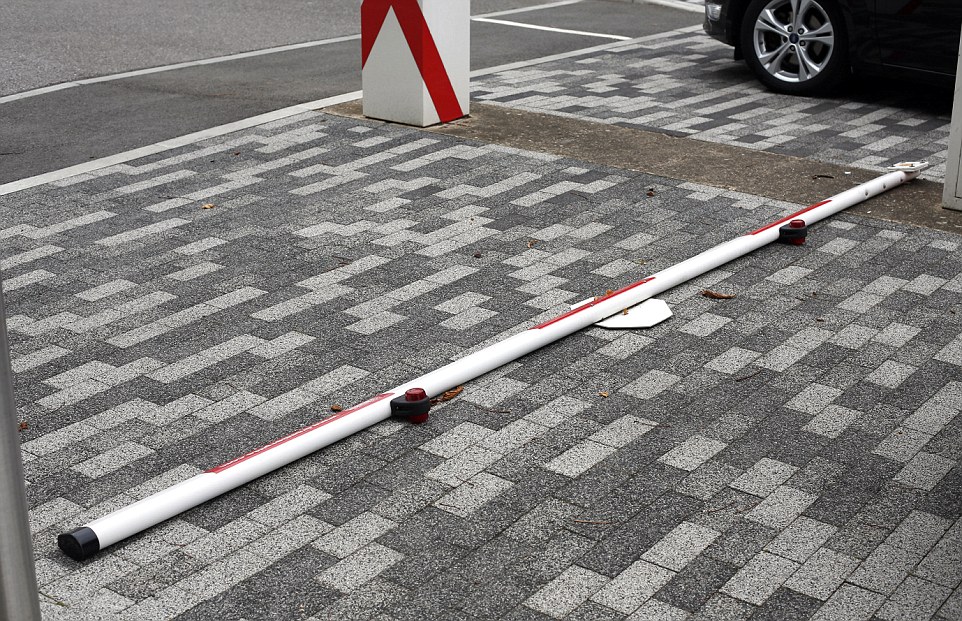 Pictured is the entrance barrier at the Heathrow Approach business park in Berkshire on the floor after travellers allegedly broke it off and forced their way onto the site on Sunday. They have since moved down the road 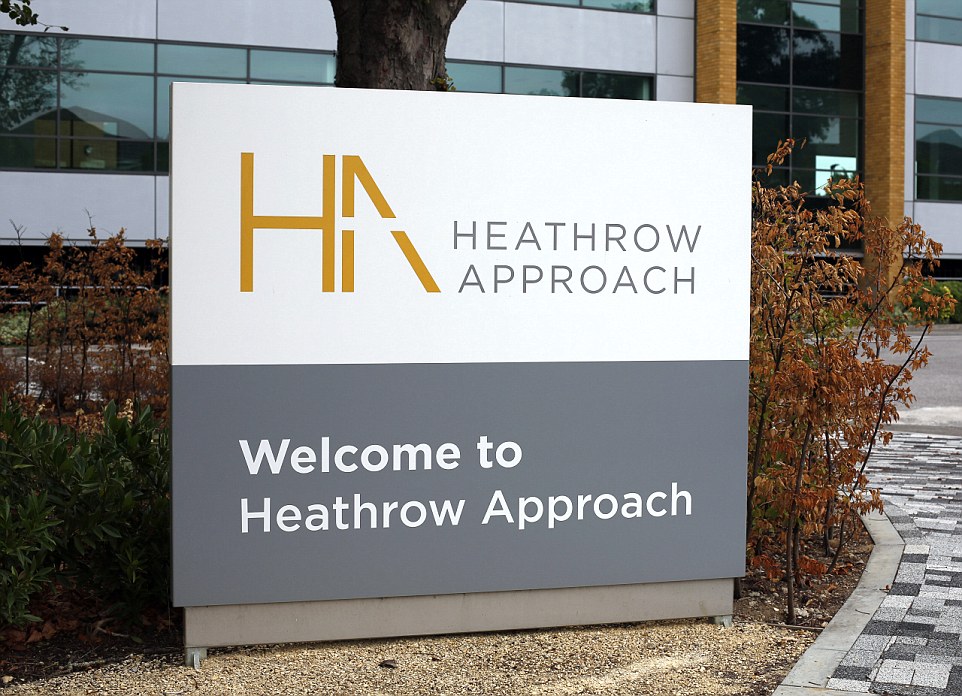 Sources told MailOnline the travellers have been ‘riding up and down on quad bikes’ and ‘intimidating locals’, describing the scene as ‘anarchy’.

Police and council enforcement officers do not appear to have been called to the scene to move them on.

Thames Valley Police and the Royal Borough of Windsor and Maidenhead have been contacted for comment. 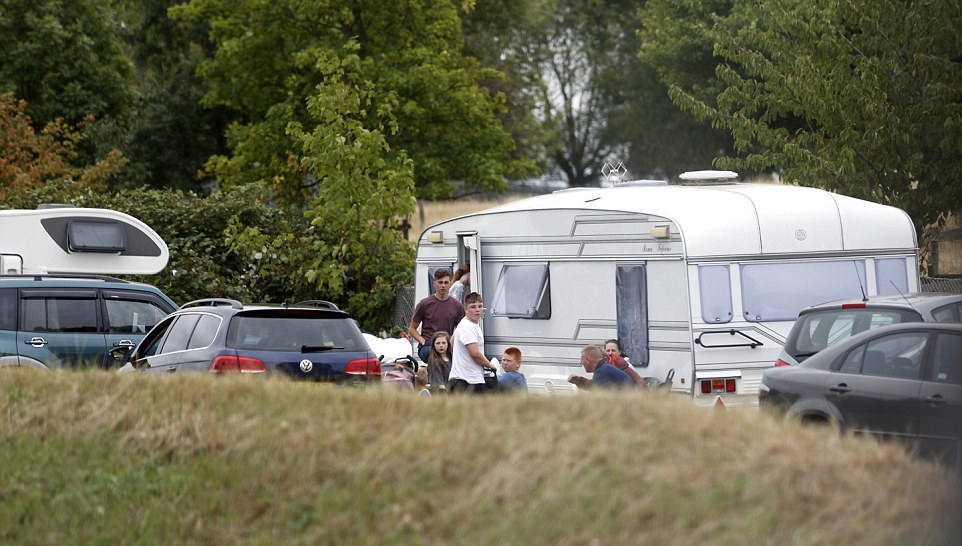 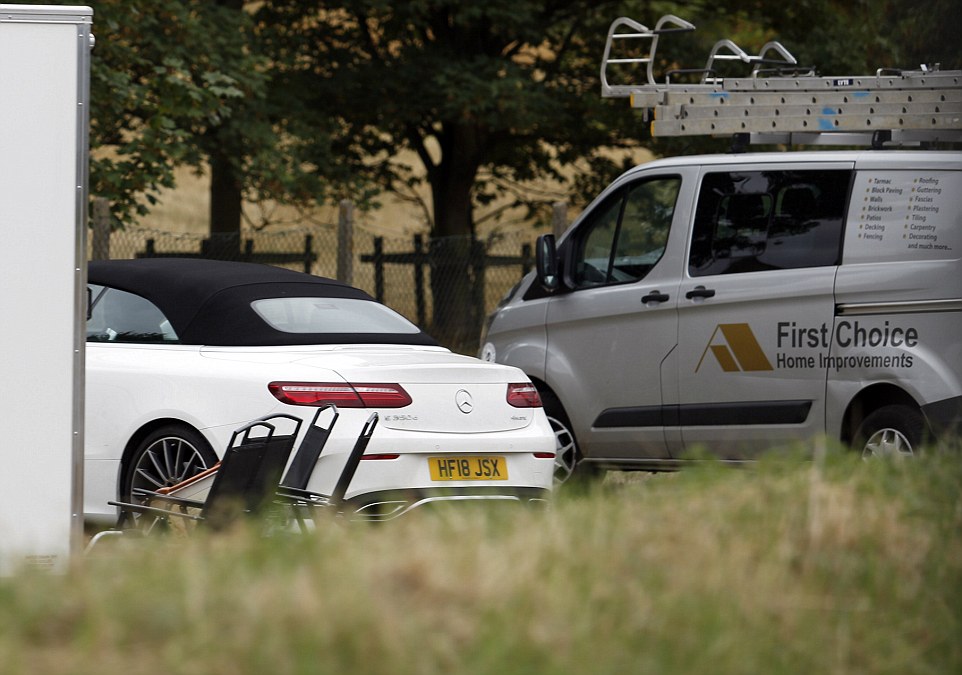 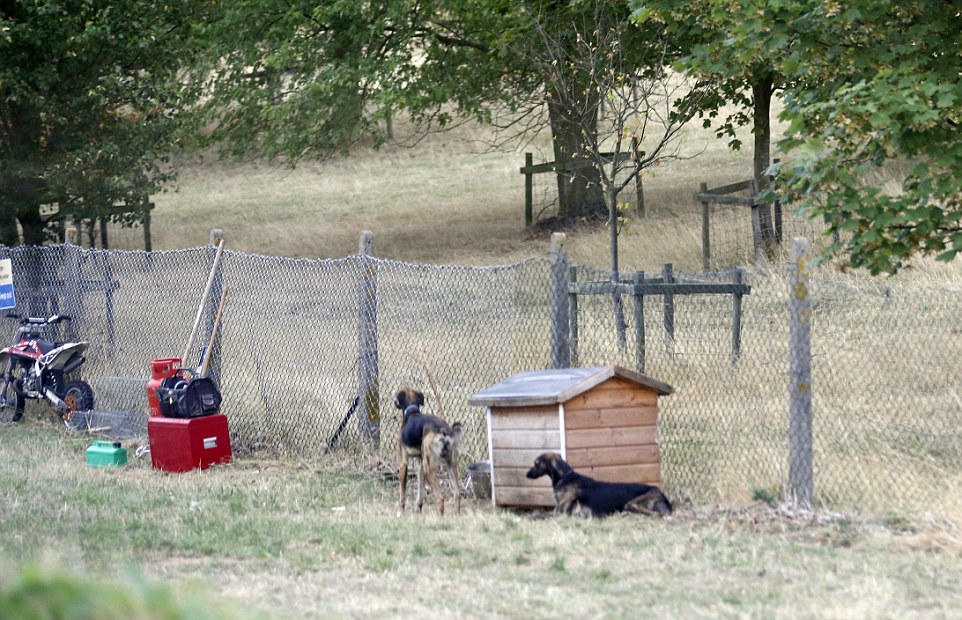 The area is a stone’s throw away from presitigous private school Eton College, the home of the Royal wedding – Windsor Castle, and Eton and Windsor Riverside.

The area was severely flooded in storms that lasted from December 2013 to February 2014.

Hundreds were evacuated from their homes and Princes William and Harry visited to help with the rescue effort. 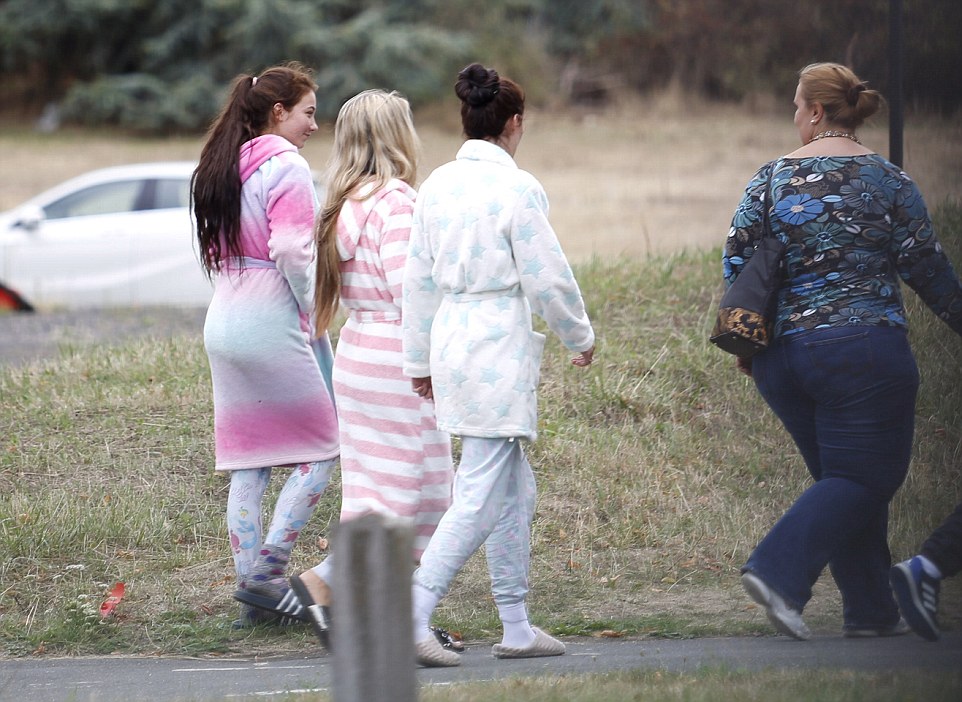 Young women in dressing gowns are pictured walking around the site, which locals claim has descended into ‘anarchy’ 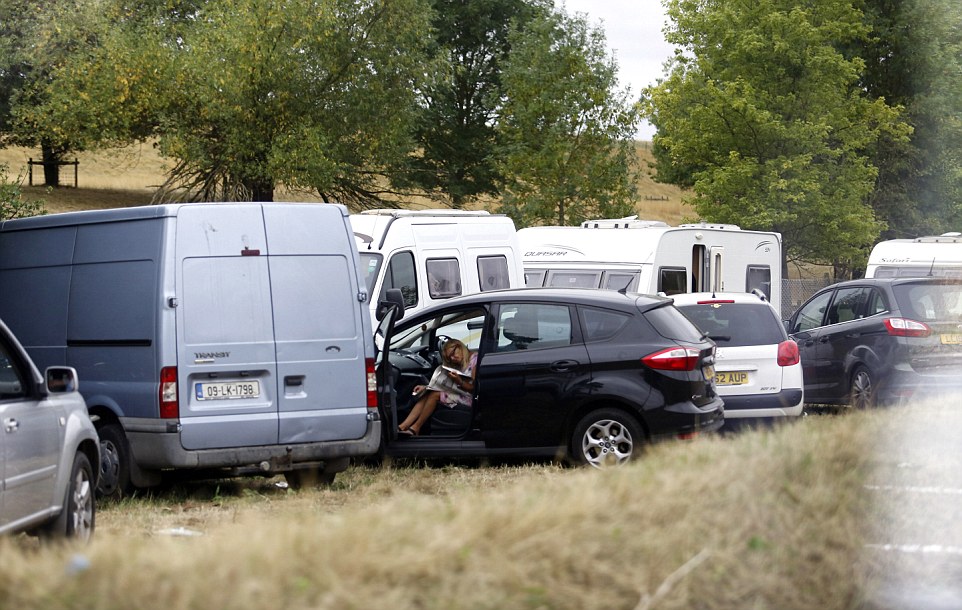 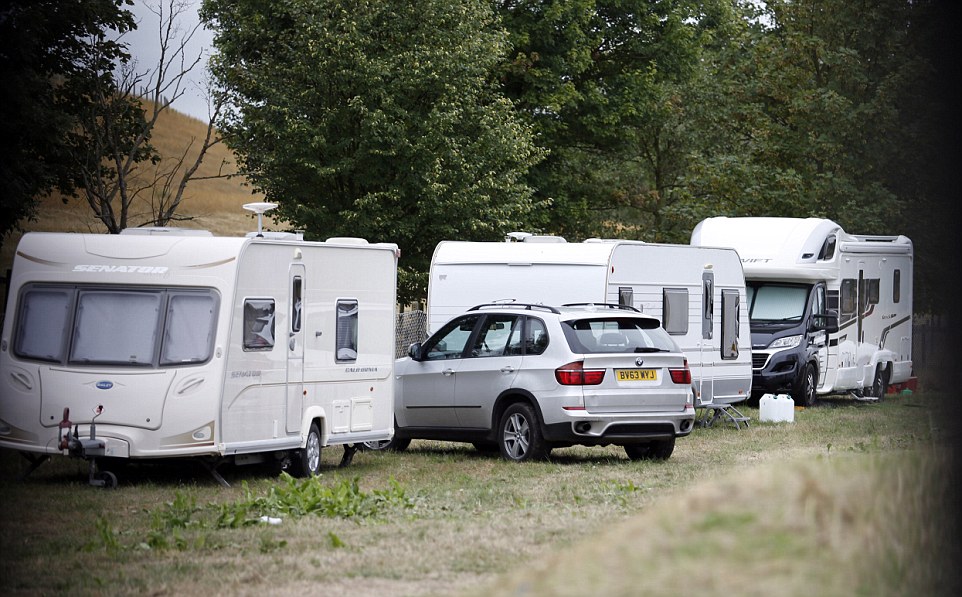 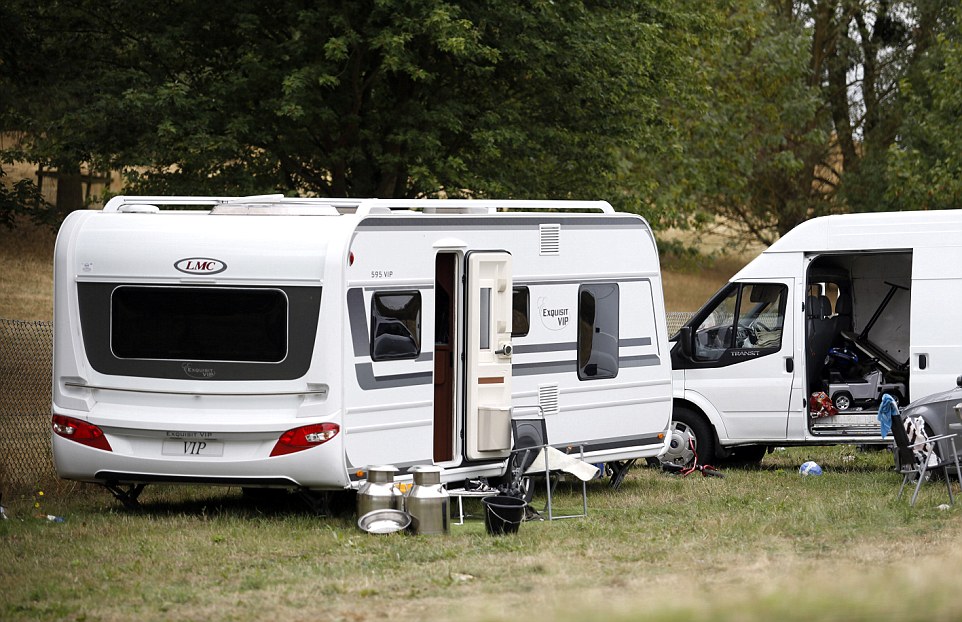